I ran across this Chamonix E9 on salvagebid.com which is were I can bid on iaai.com cars though I can't find this car listed on the iaai.com site. Anyway, it looks to be in good shape from what photos are posted and there are no bidders at the moment. The seats look to have been redone. It's in the Miami area.

The auction closes on Jan 13th. 6:30am PST. The photos are a bit dark but I lightened the screen shot I'm posting. You have to register and pay a fee to bid on cars through salvagebid.com but otherwise you can't bid on most of their cars unless you are a dealer.

I've posted two different bid scenarios to show what the fees look like. 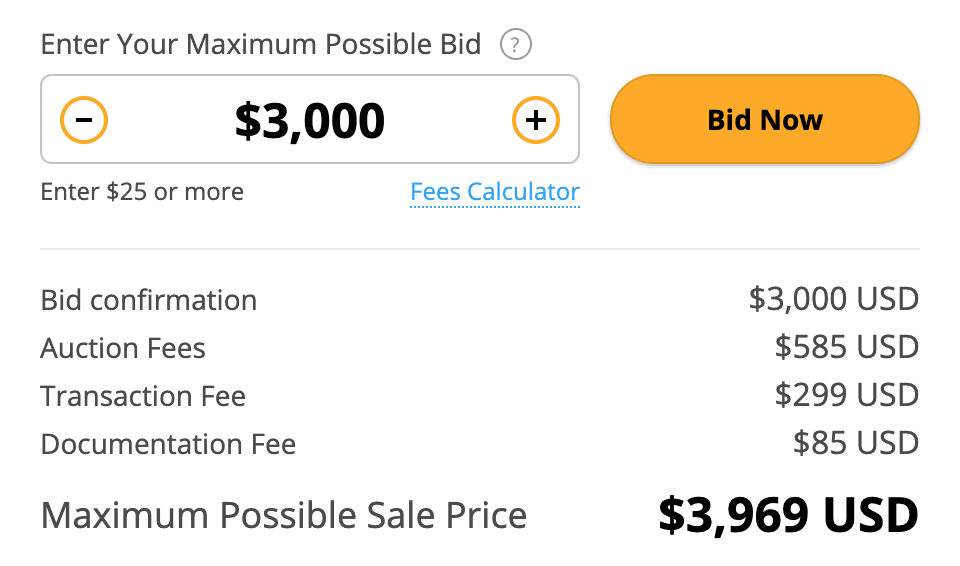 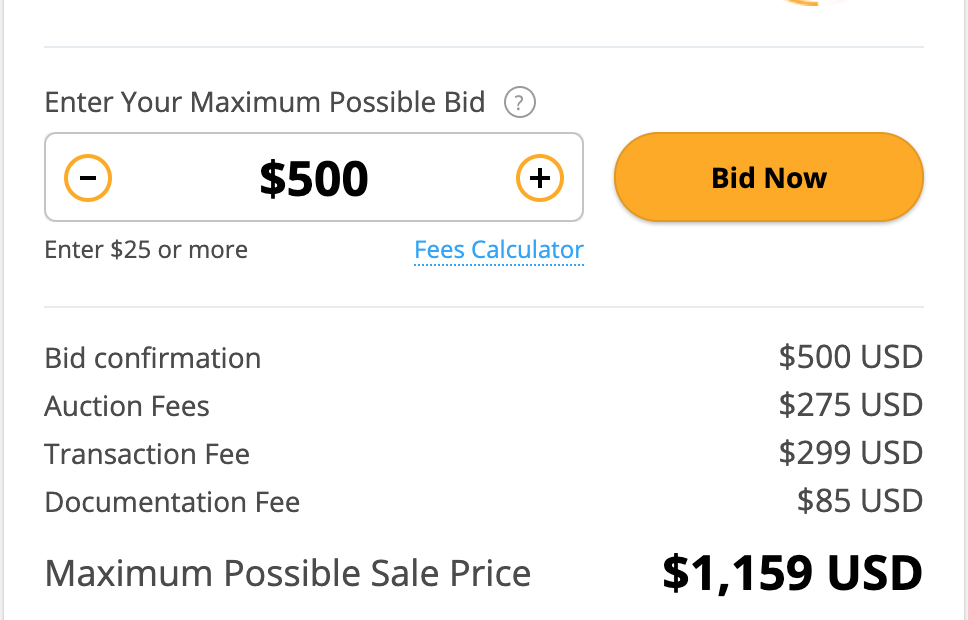 This car was apparently on Ebay and didn't sell for 29.5k. Here is the description from the ad...

"
With hesitation I'm selling my 1970 BMW 2800CS E9 coupe. I looked long and hard before finding this car. But the truth is I have way too many other projects waiting in line and I really don't know when I'll get around to getting to this one.
The car runs and drives. The engine sounds great and does not make any ticks or knocks or anything of the sort. the original carbs (included with the car) have been replaced with webers. the car has not been driven much in the last 15 years so they could use a cleaning. the pedal feels a little weird and i traced it to a couple of small bushings that need to be replaced by the firewall behind the brake booster. the car originally had a/c and most of it is still there but it is not working and i have not looked into why.
The 4 speed transmission shifts fine. I'm sure a new set of shifter bushings would clean it up but it does work as is. the LSD works great.
I rebuilt the front calipers and put all new rear brakes. it still needs a good bleeding though.
The exterior of the car looks great as you can see in the pics. by no means is it perfect but it is nice for a driver. such beautiful lines. the car used to be blue and was painted white by the previous owner. it could use new door seals.
the interior looks pretty nice also. the dash has some cracks, the wood veneer needs a little love, the rear seat arm rest has some cracks on the top part. the rear power windows need to be gone through, i bought new switches for it but have not tried to anything with them. there is no radio. the shifter console needs a little attention.
unfortunately these cars are infamous for rust. this one is not too bad. underneath is neither beautiful nor horrendous. it does have surface rust. looks like most of it can be cleaned off with a wire brush and sprayed with undercoating. there was a small patch in the driver side floor. you may find a spot here or there that may need attention but for the most part it is pretty solid.
so as you can see, this car needs lots of little things. it is still a gorgeous car with the most beautiful lines ever to come out of Munich. it will not take much to be a daily driver.
Car is in Dania Beach, FL just 5 minutes south of the Fort Lauderdale airport.
These cars have skyrocketed in price in the last couple of years and good ones are selling for twice (or more) my asking price. this is an opportunity to get one at a reasonable price and put some sweat equity into it.
Deposit of $500 is due immediately upon committing to buy and the balance due within 7 days."

Was there a thread on it here before?

Should sell on BAT IMHO.

I remember seeing that thing on ebay. The brake bleed thing threw me off a bit; if you can't bleed brakes you probably shouldn't be rebuilding your own calipers.

I wonder why the seller went from ebay to junking the car? Why wouldn't you drop the price and post it here?
Last edited: Jan 12, 2020

Don't think that selling via the auction services is junking the car. There are an increasing number of people selling cars through Copart or IAAI that aren't wrecked or seriously flawed, though I'd say there none that are perfect. Sure, there are better venues for selling a car such as an E9 that doesn't have broad appeal, but there is a lot of traffic on those sites.

its a red rear turn signal car. while the fender tops look scary, for a low price there are a lot of decent potential here

Didn't sell and the seller is on Pelican trying for a 911 trade. It's also back on Craigslist in Miami...