Hey chaps, been around for a while so thought I'd post up a restoration thread for the old girl.

I have a feeling this project is going to take most of my time and steal whatever cash is leftover from the mk1. It's been sitting in the lock up since 1987/8 alongside the mk1 rusting away. It's all complete, original M30 and has been converted to a 4 speed manual. Body is in pretty bad shape, majority of the work needed is in the front bulkhead and wings, as well as the floor on the drivers side although the passenger side could do with replacing. Thankfully the more expensive trim pieces are ok with the exception of the drivers side door handle (although it is my understanding that this is common due to the lack of reinforcement) . I found an e28 528i clyinder head/manifolds for going fuel injection, but I'll be probably going with some porting, a hotter cam, tubular manifold and megasquirt and a slightly higher CR which I hope should see me to 230-240bhp coupled to a getrag 265.

This is when I first started unearthing all the gubbins that was surrounding it.

Put some fuel in her and it fired right up. Idles great, seems responsive, but the clutch is seized.


I'll have to get some better pics and go into more detail when I'm on a PC.

welcome! It looks like you have a nice project there. I am based in London and there are a few UK guys here to help you with sourcing parts and services. All the best, Rohan

Thanks Rohan! Whereabouts in London are you based?

I am out next to junction 18 of the m25 next to Rickmansworth - how about you?

You'll certainly have your work cut out with what can be seen. It's what can't be seen that will rear it's ugly head and that's when the fun starts.

It's almost certain that the sills will need lots of work if not total replacement. Also the rear beam attachment points, rear shock towers, bottom part of the rear wings in front of the arches, the list ends up going on and on.

Check the car thoroughly before buying any replacement panels.

W&N ( http://www.wallothnesch.com/) will probably be your best source for parts and if your not in a hurry, they discount their own repair and replacement panels by about 20% every now and then so well worth the wait. Also, their P&P rates are probably the cheapest around.
If your VAT registered, sign up with your details and the VAT will be deducted.

Check out the Projects and Restorations section on here to see what your letting yourself in for!

Good luck with the car.

Hi - Welcome I am in London too in N1 but the car is in Cheshunt.

Cheers Peter! It's going to be a long journey I'm sure, depending on the quality of pattern parts some of the parts might be fabricated. Pattern parts for my mk1 golf are terrible quality so the inner wings have mostly been fabbed out of sheet steel.


Once I've got this project done over summer I'll really get stuck in! 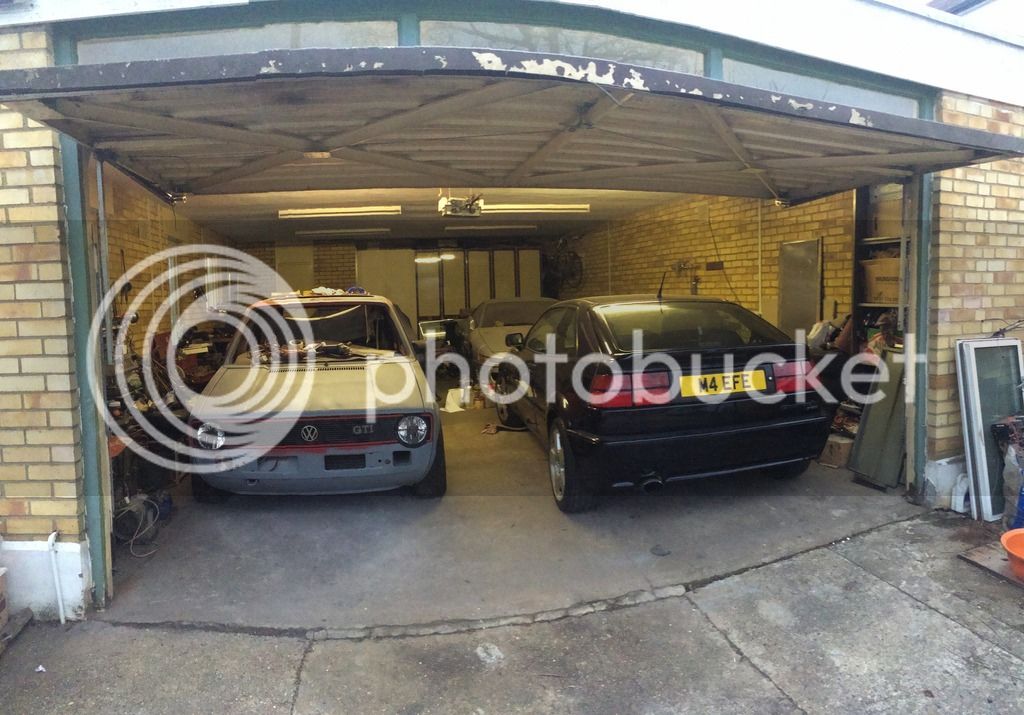 I have a variety of W&N pattern parts and original that I have bought for my CSL you can come and have a look at if you want.
The quality of their parts are way above the normal ones that are produced for a mass market and superior to ones that are supplied by J****C.

I'm in Loughton so not a million miles away.

Send me a PM if you want to come and have a look.

Good to hear Peter. I'm often in Loughton helping a friend with his mk1 golf turbo build so I may take you up on that offer soon!

So a bit of an update.

Emailed BMW last week to get some info, vehicle was manufactured December 21st 1973, and delivered to BMW Concessionaires GB Ltd. February 8th 1974. It was then registered on the road late December 1974.

I've also found a set of FPS turbines in the attic of the garage along with some other small parts along with a wood rim/polished Mountney wheel and boss.

The turbines seem to be in decent condition, however I am friendly with a lathe owner who would be able to machine the wheels in order to convert them into 3 piece wheels. I've started mocking up a set on CAD whilst I have spare time at university and see how much material i've got to play with, if I get the time I might do some stress analysis on the components to make sure they'll be (theoretically) safe to use.

For now, here's a video of the car after coughing into life.

Started polishing the wheel i found, wood decent to be sanded down and re varnished but it should compliment the interior wood nicely. 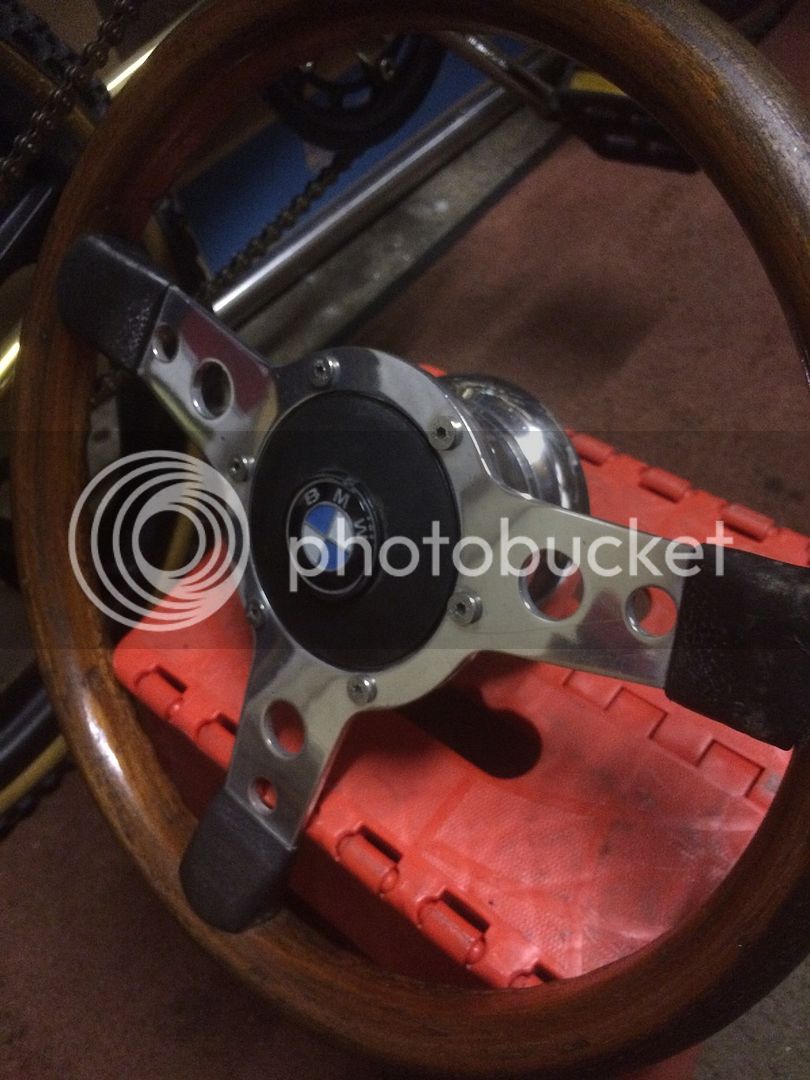 So i've started to clear out all the the rubbish underneath the car in preparation to get it back on 4 wheels. I was a bit worried that being jacked up on one corner for so long would have distorted the chassis but the shut lines on the car are perfect. The clutch pedal was not moving, initial thoughts were master cylinder was seized as there was absolutely zero movement. Removed it and after applying a small amount of pressure to the rod end that connects to the pedal it squirted fluid across the garage! Reinstalled it but it was not building any pressure whatsoever in the system. Thought a line may have been blocked so attempted to purge the system with a compressor from the slave cylinder, however the master cylinder had been incorrectly repaired at some point and the small washer was incorrectly installed allowing for the metal pin to pop out of its socket, reapplying the pedal promptly broke both pin and master cylinder. These have now been repaired and are ready to install!

Just a matter of getting the clutch to work and it should be ready to move under it's own power. 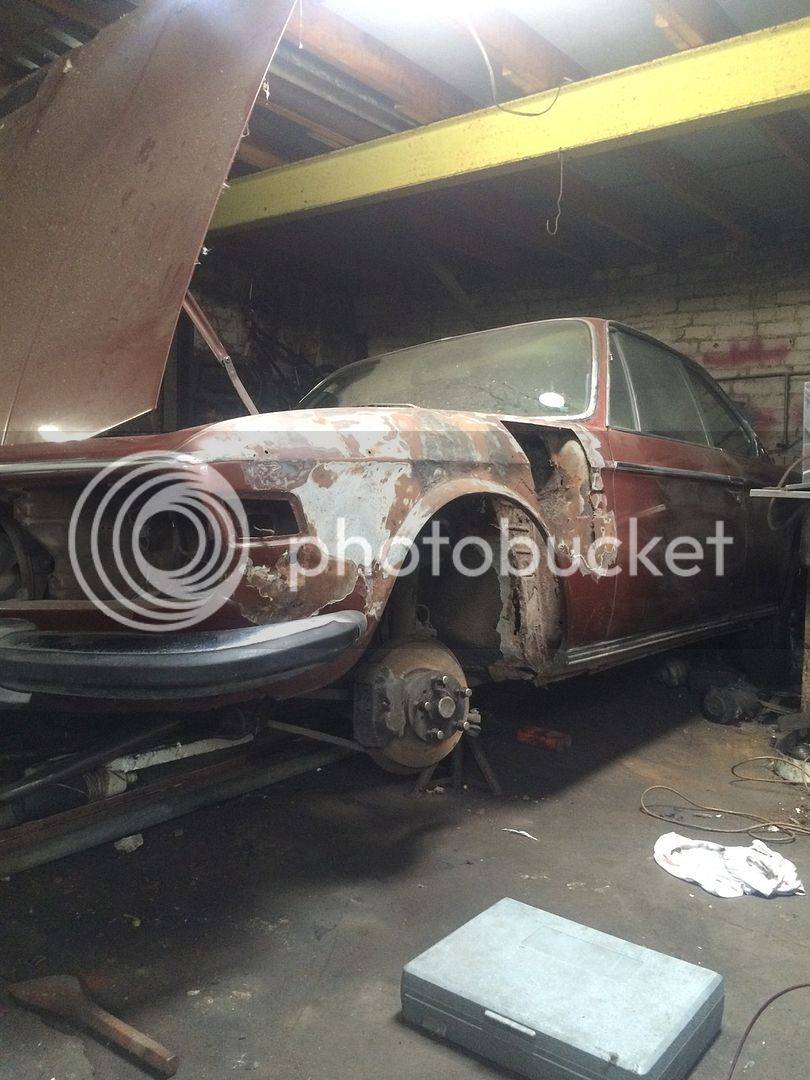 Also, had a chance to look underneath the car, the floorpan seems solid (with the except of the O/S which I knew was rotten), Both inner sills are gone at the front, but for peace of mine all 6 sills will be replaced. 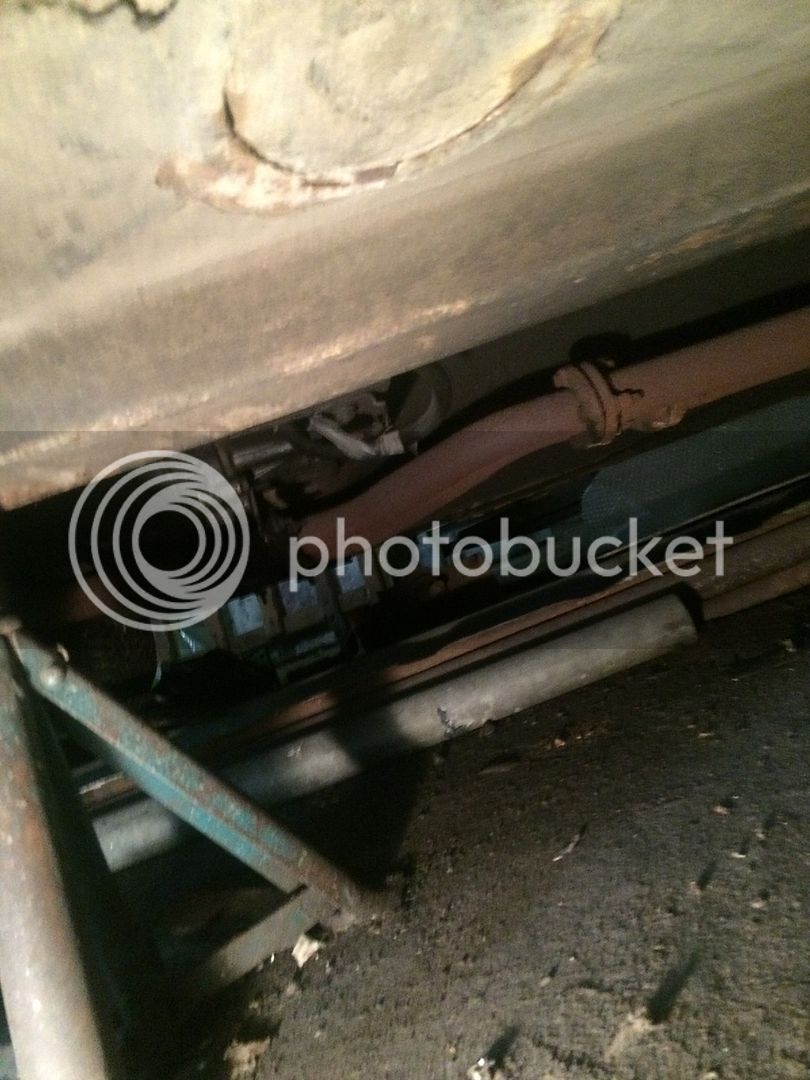 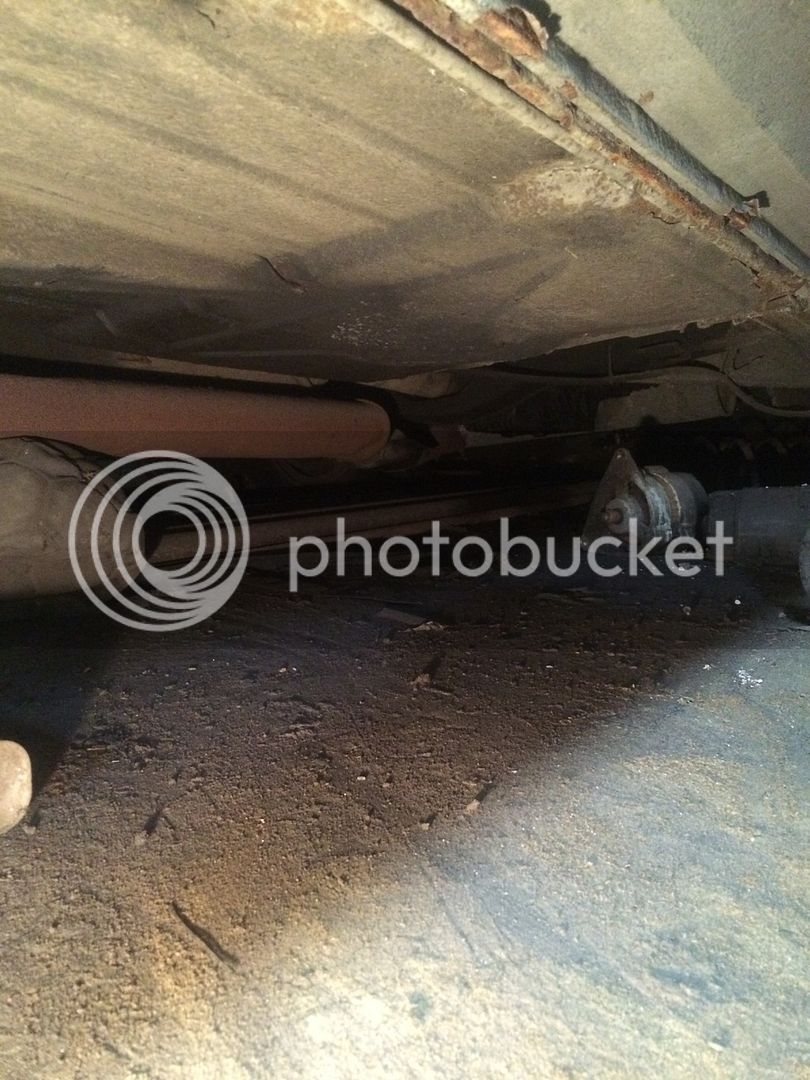 Awful photos I know, but not long until I can really get started on the old girl!

Originally a CSA but was converted to manual.

Been slowly cleaning up the garage, scrapped the Escort that was blocking it in, underneath the car is (slowly) getting free, next step is to free up the brakes and pull it out. Put her face back on aswell, the chrome has come out well so far. 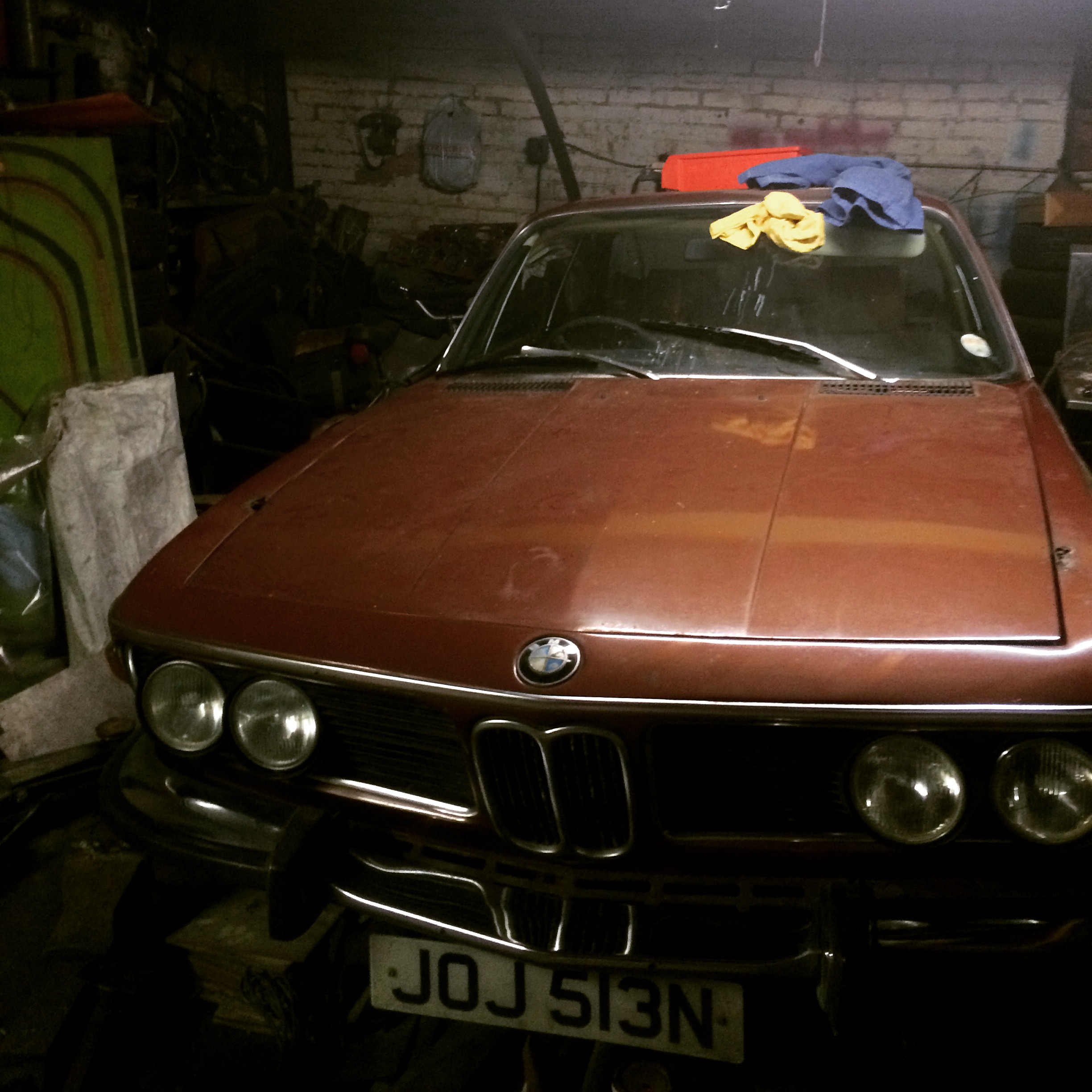 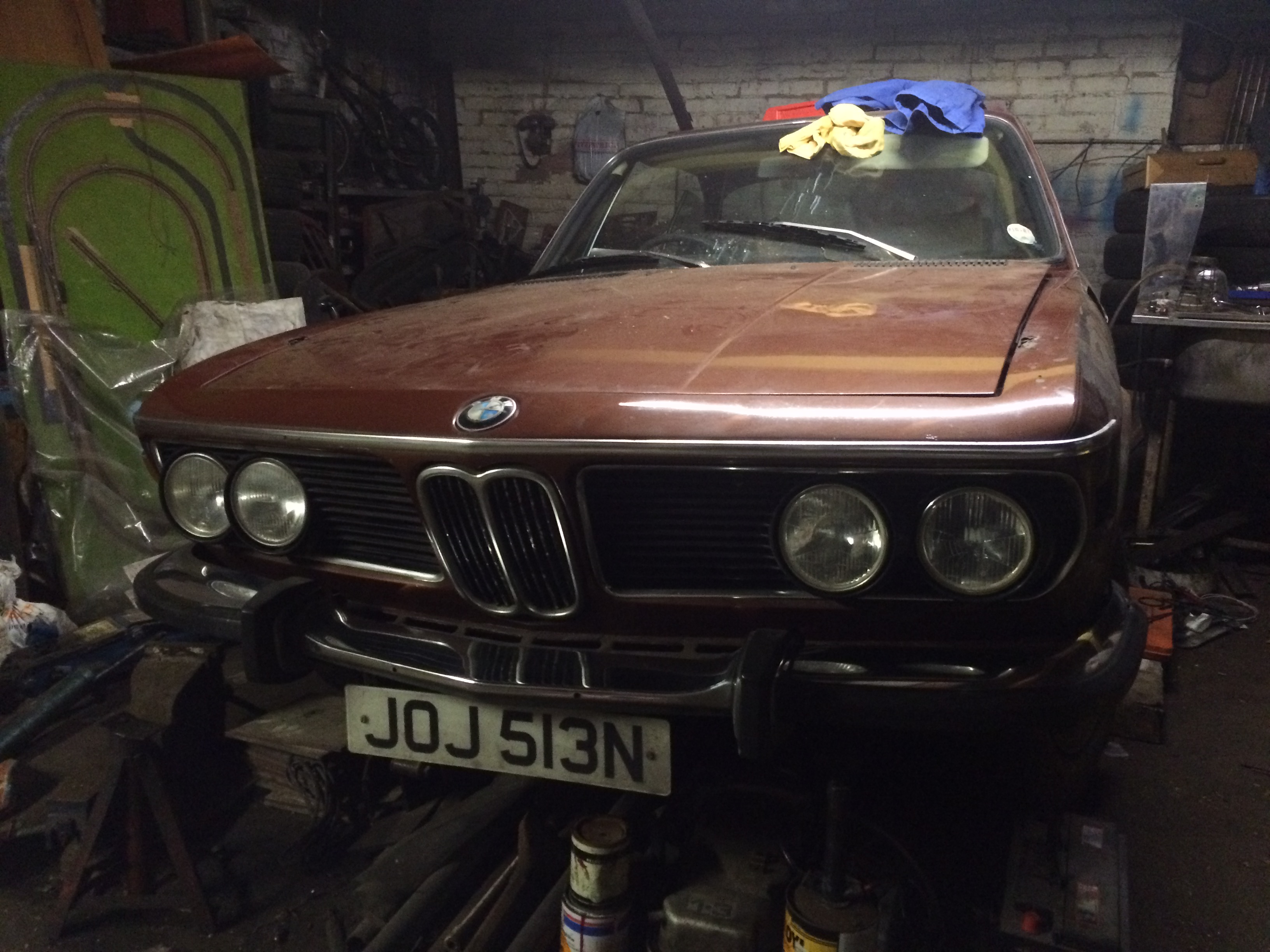 So this is how the car looked on the morning of my birthday. 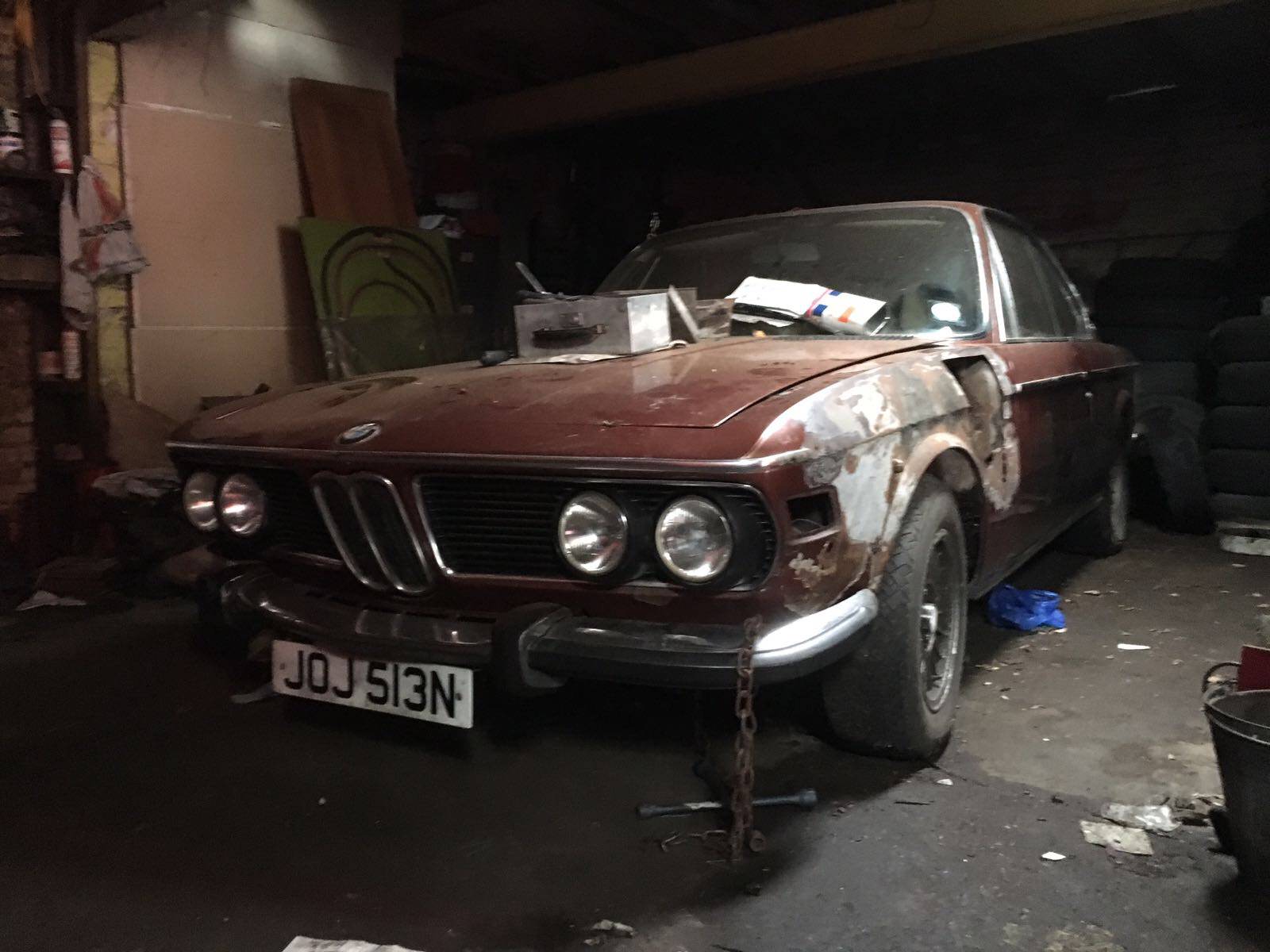 And after some coaxing. 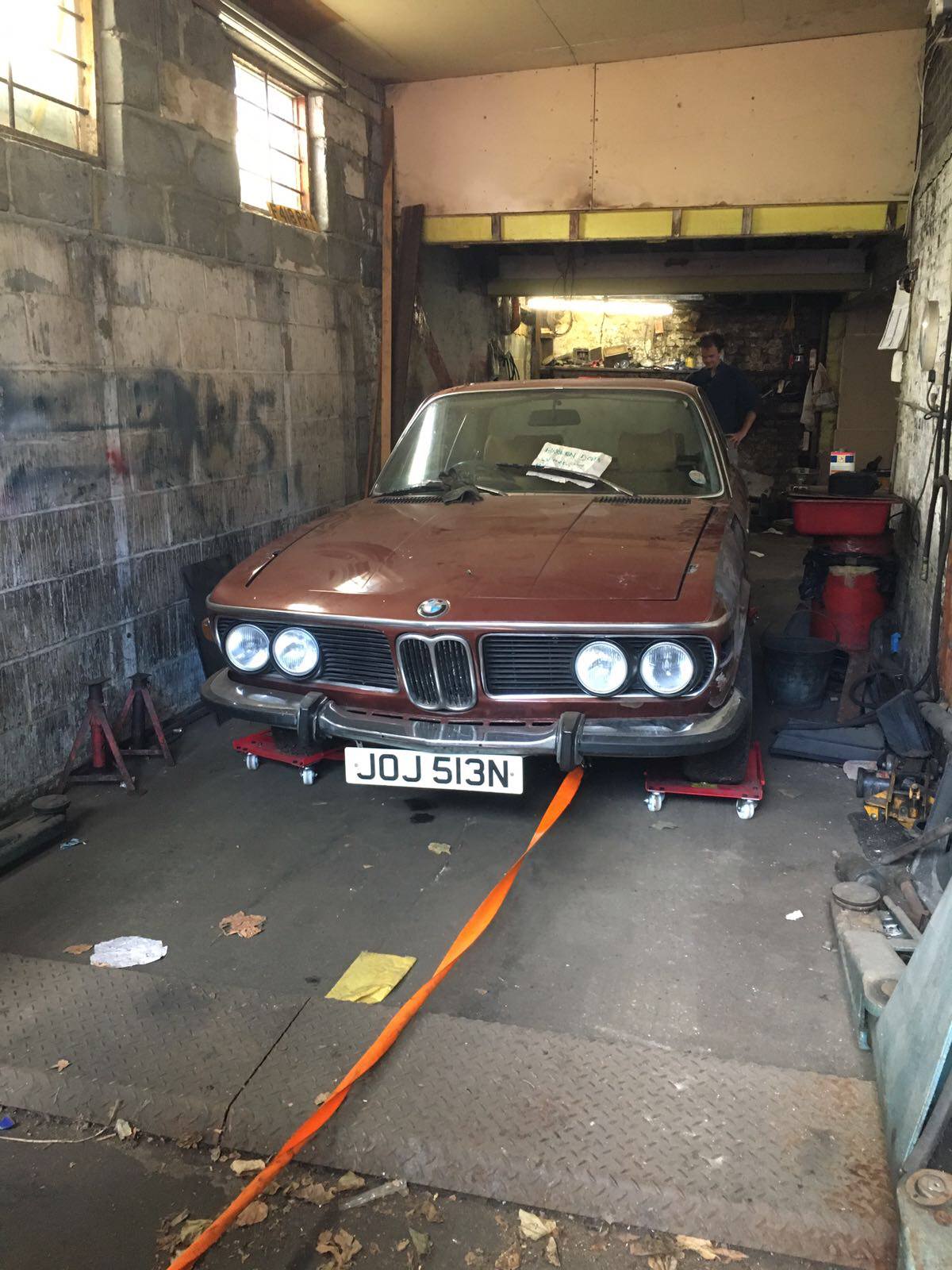 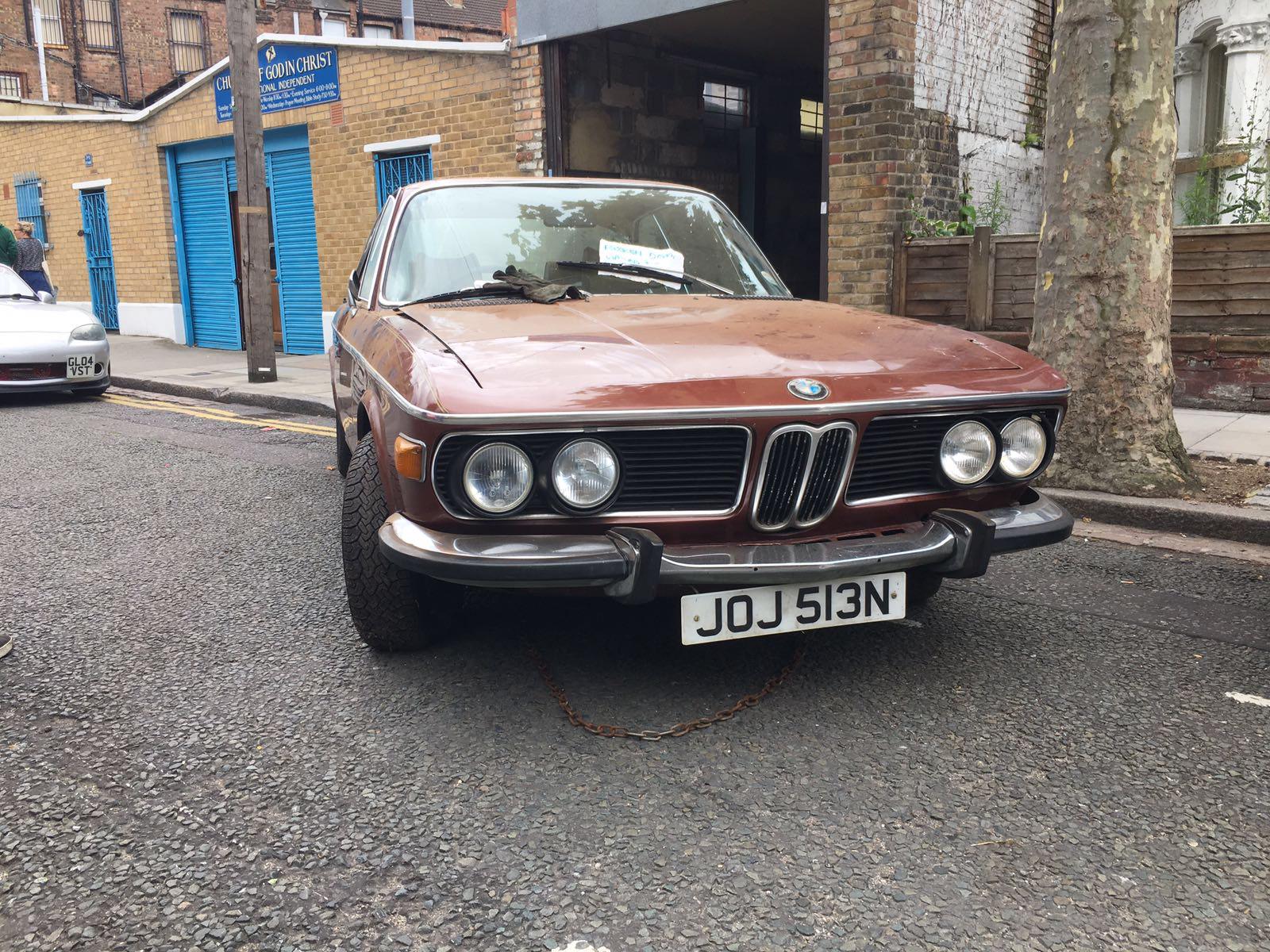 Me in the background admiring that booty. 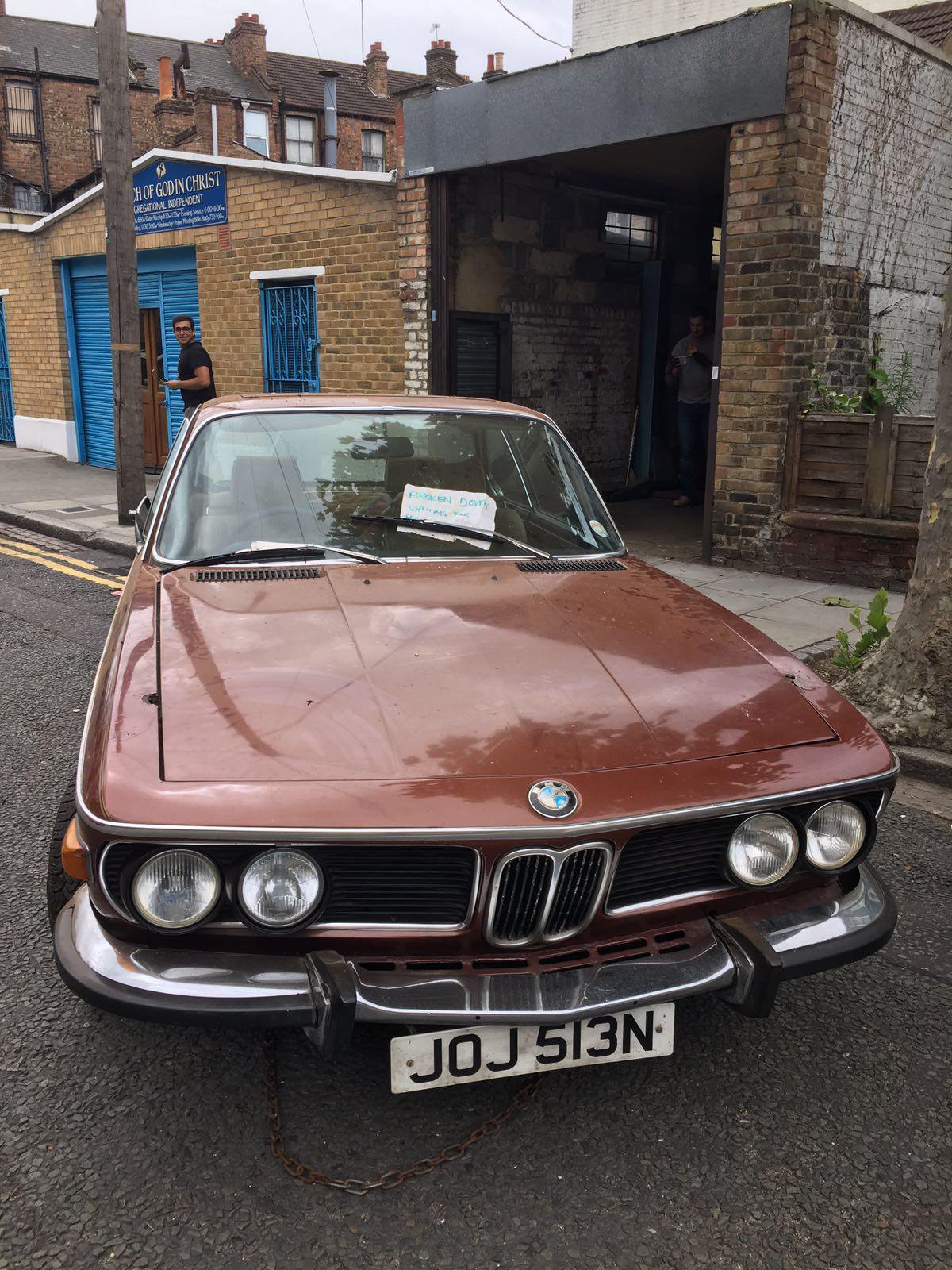 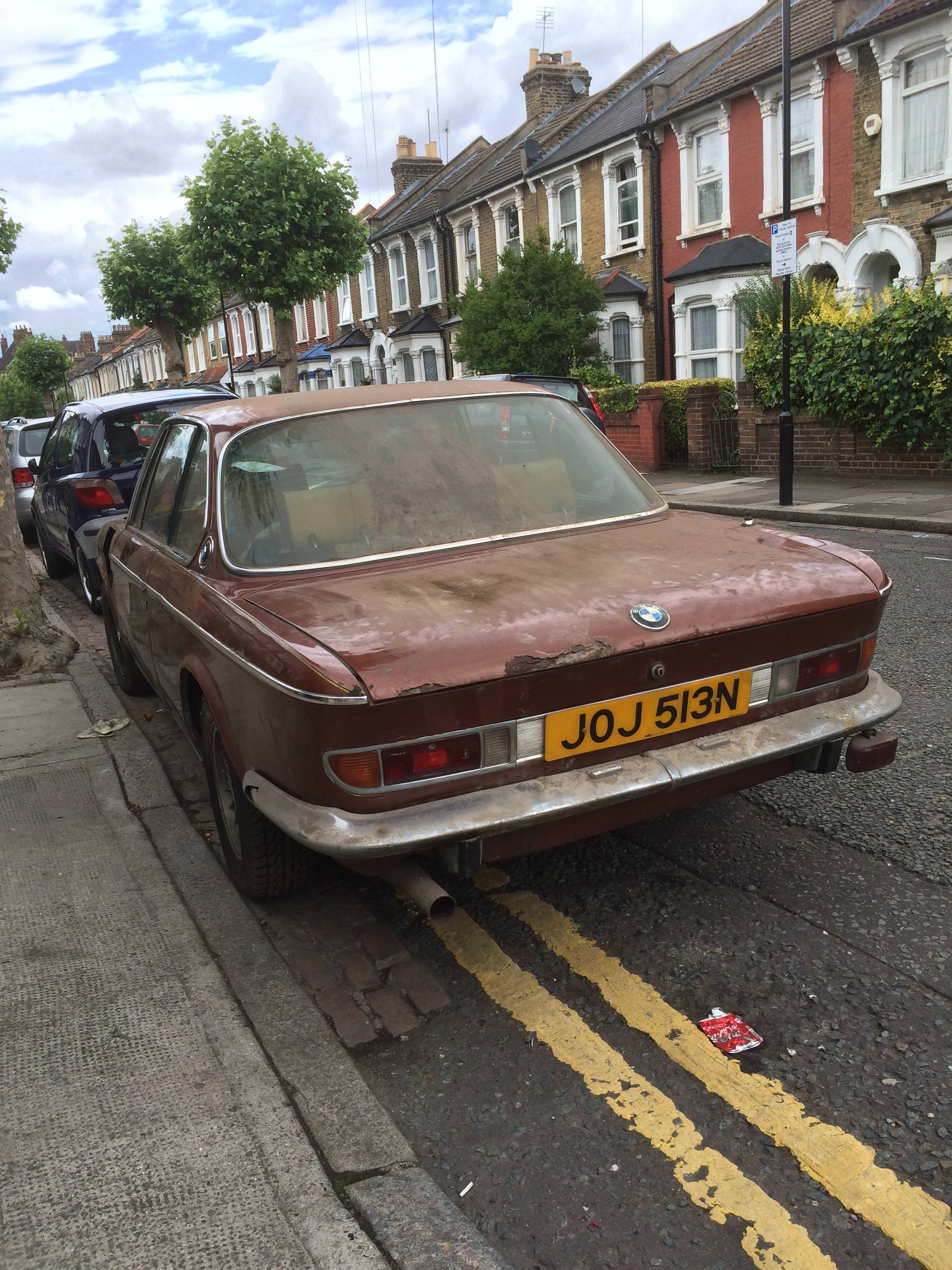 Back at home after a quick wash 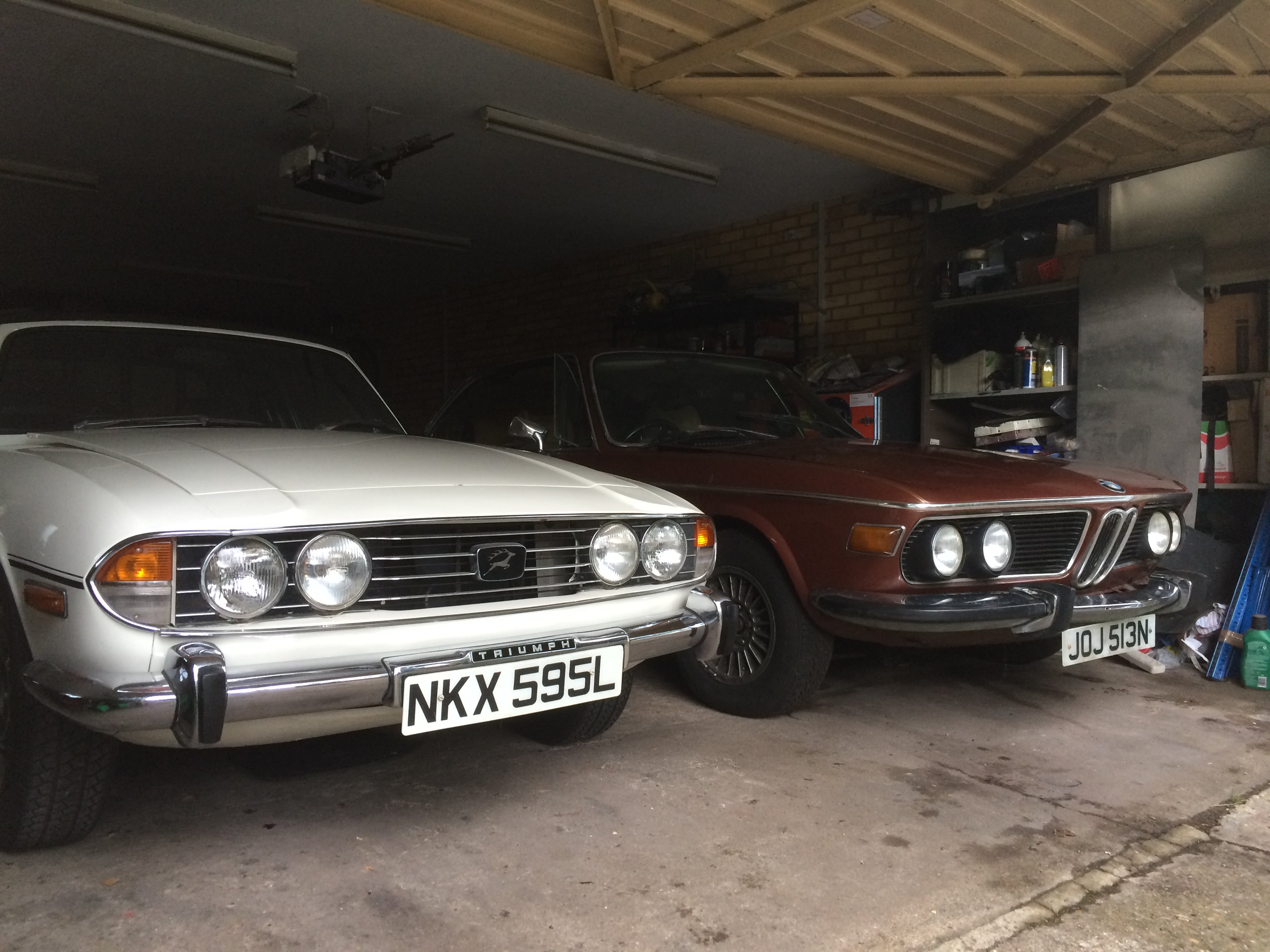 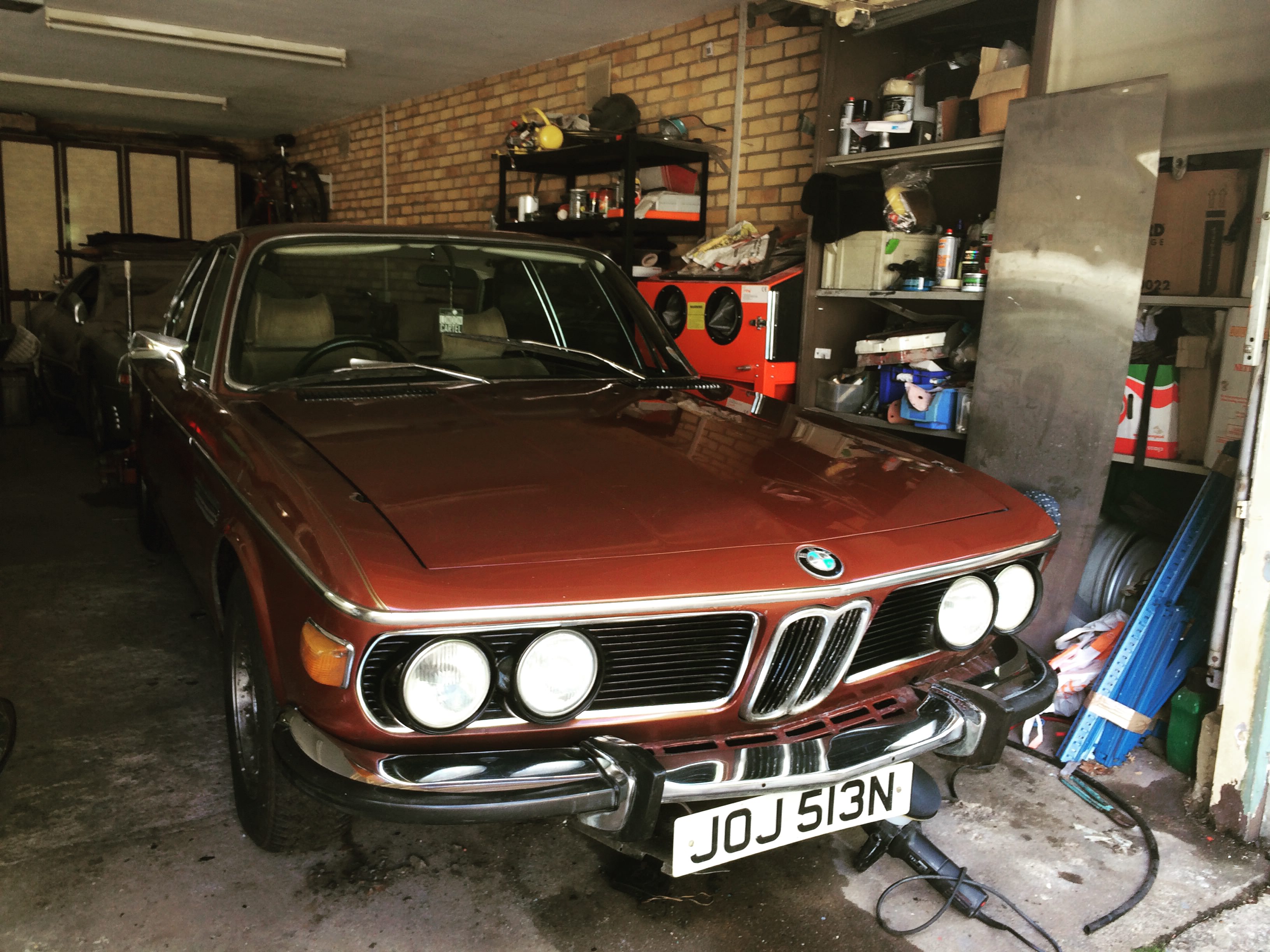 Chrome work cleans up well. On a usable car i's classify it as presentable. 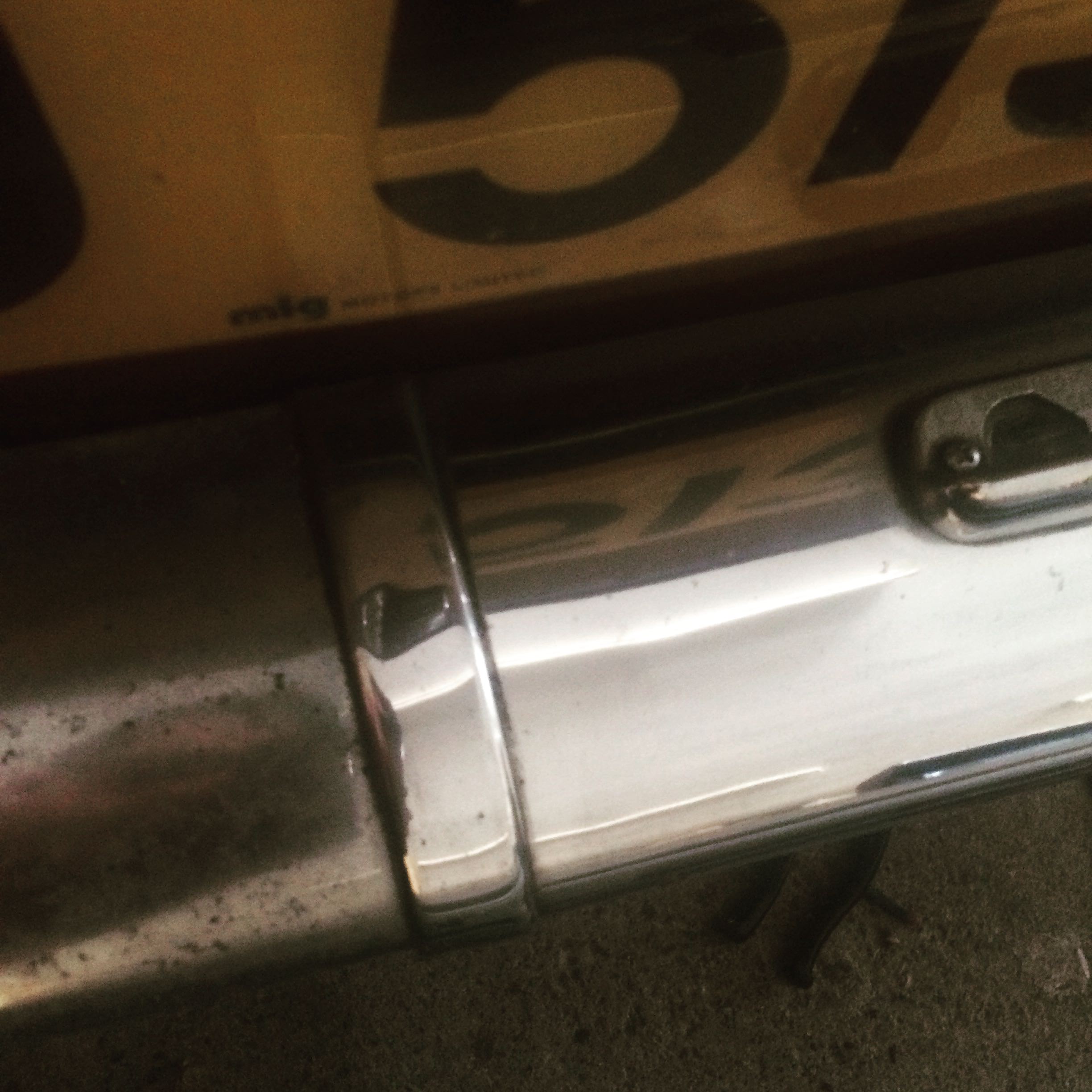 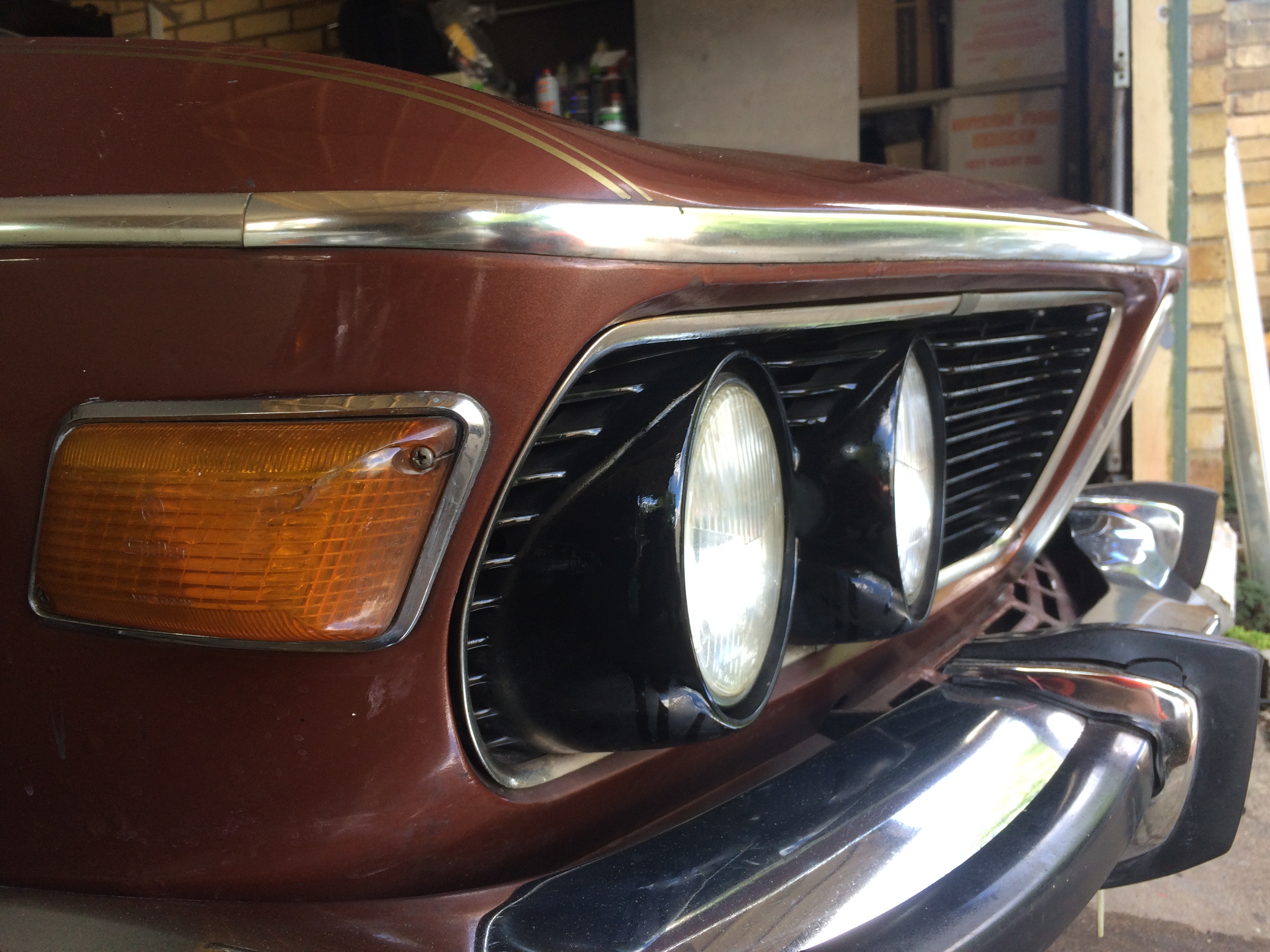 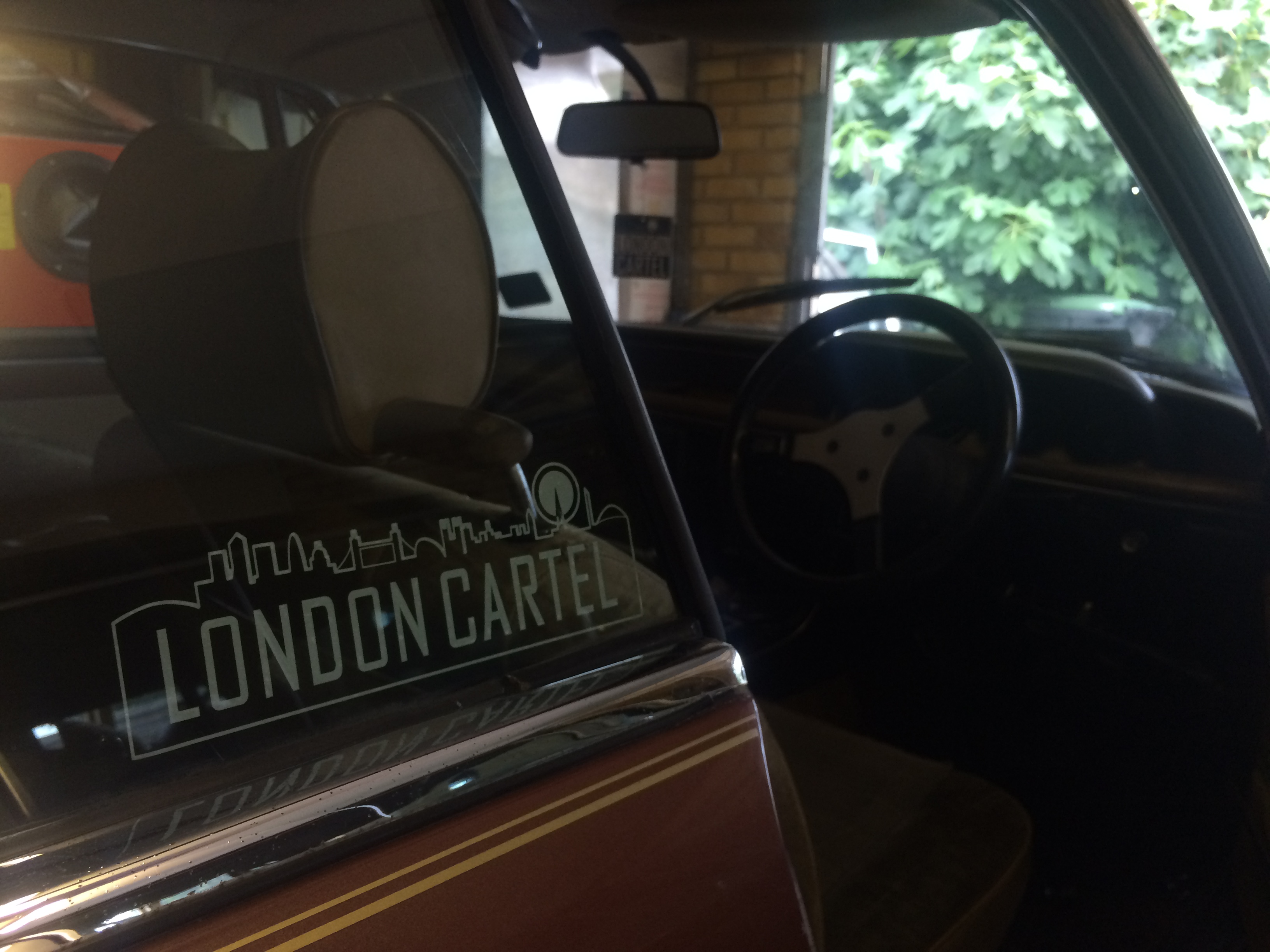 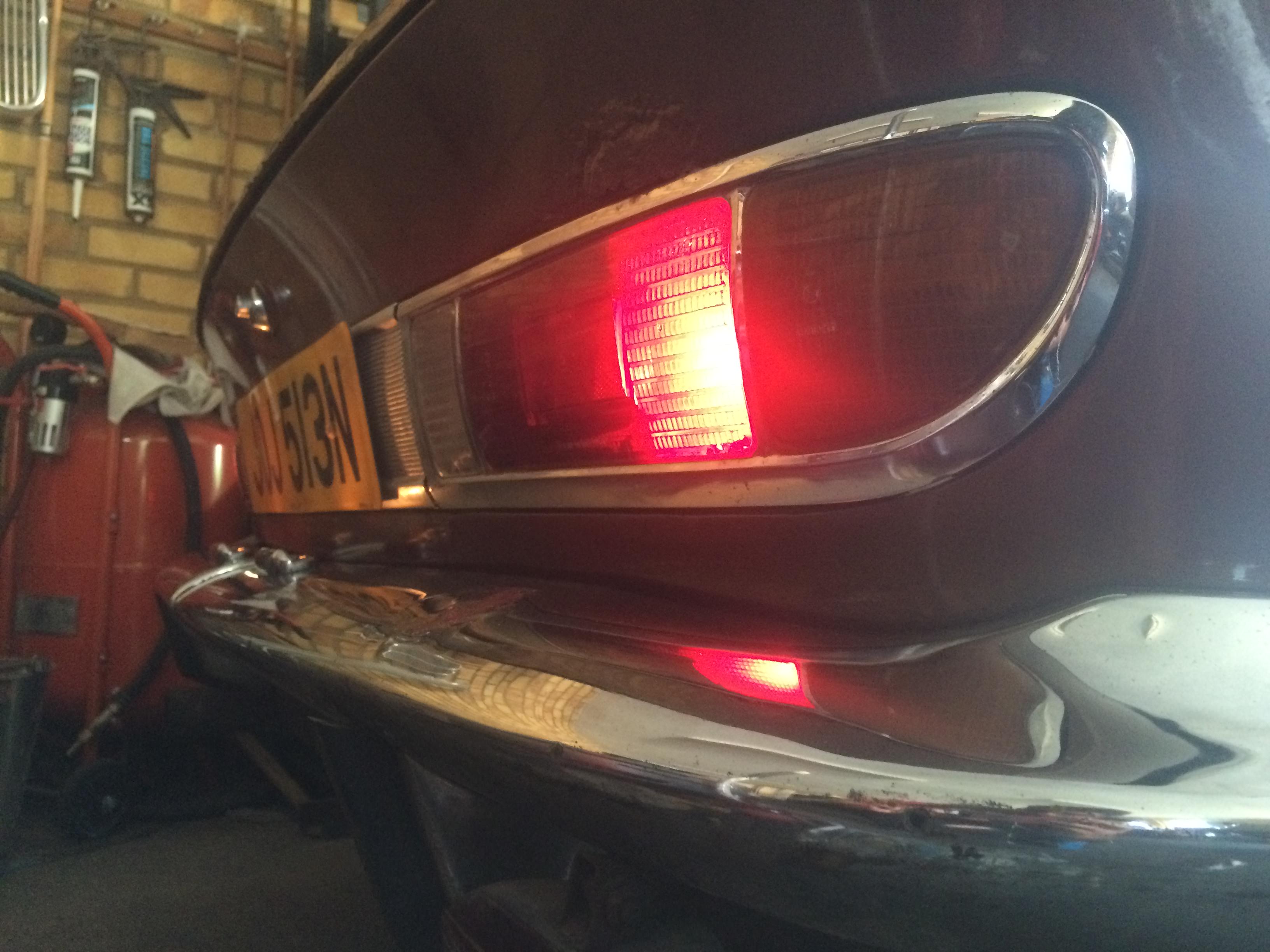 Also couldnt resist testing to see how my Daddywad manifold will look like. I'll hopefully be picking more parts up soon, but the parts stash is looking very healthy. 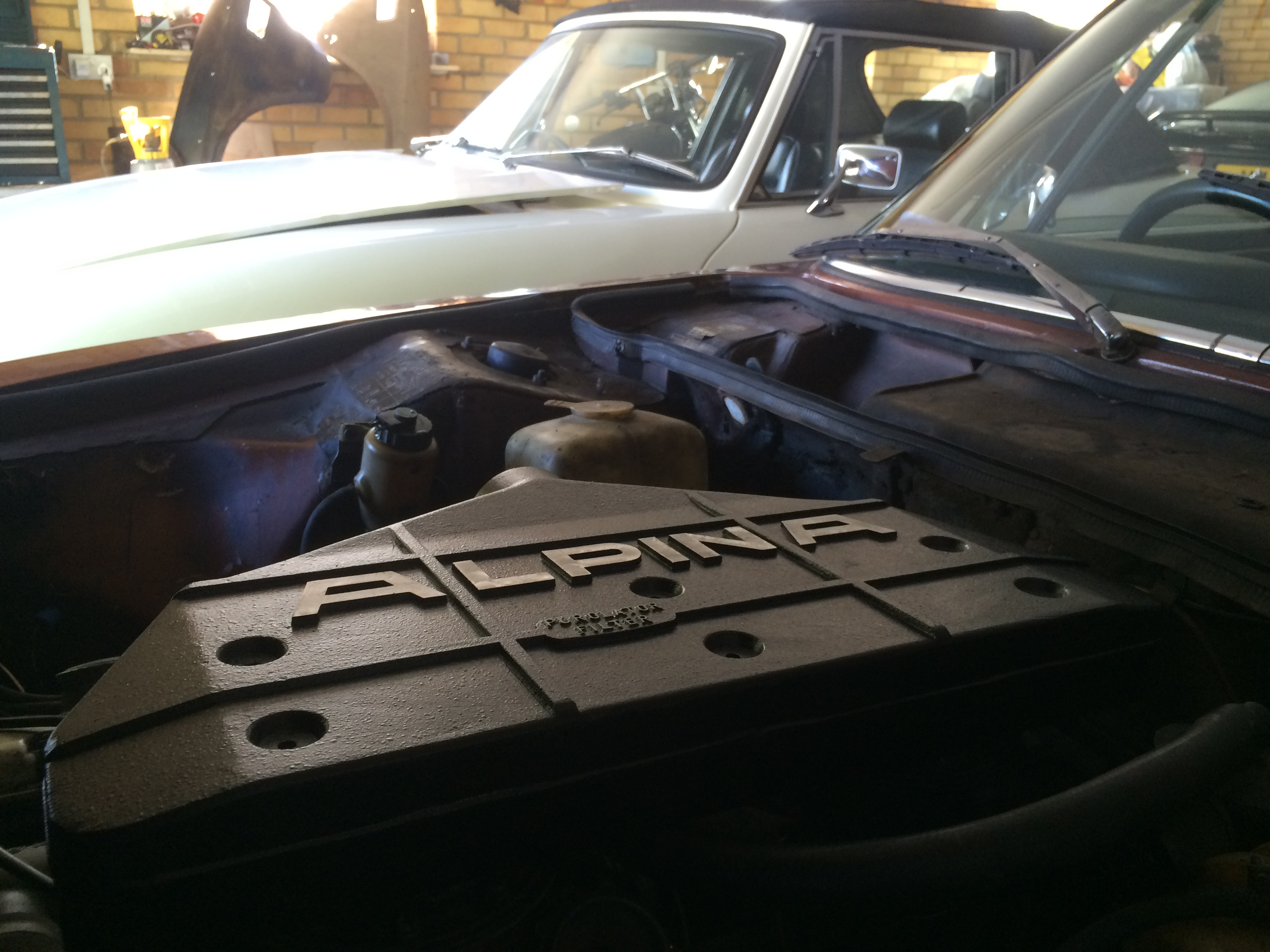 take a look at the front left quarter ... i spy a pirelli cn-36 tire. cool ... you can buy these again from Longstone Classic Tyres in UK

I bought some shiny round thingies. 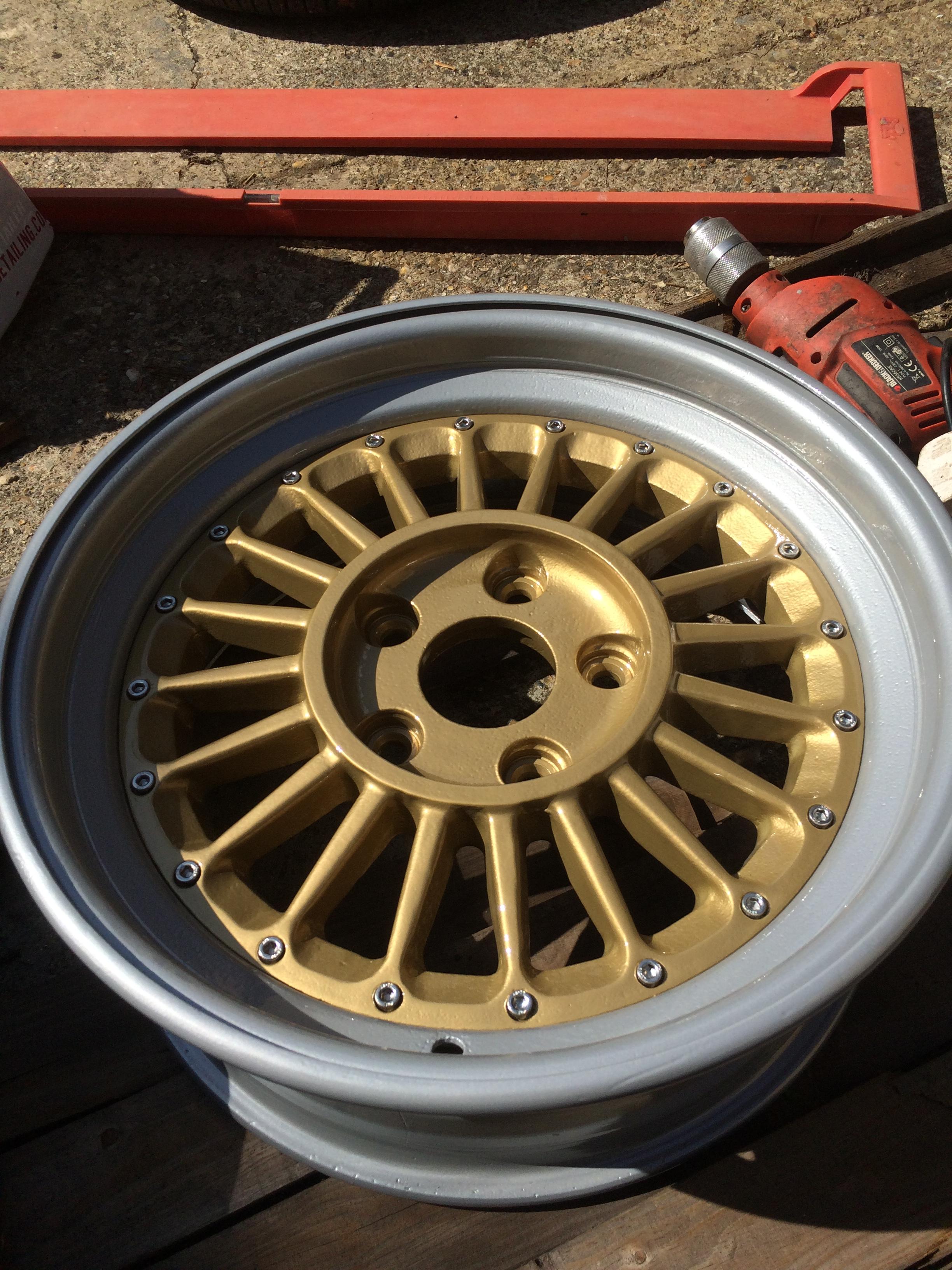 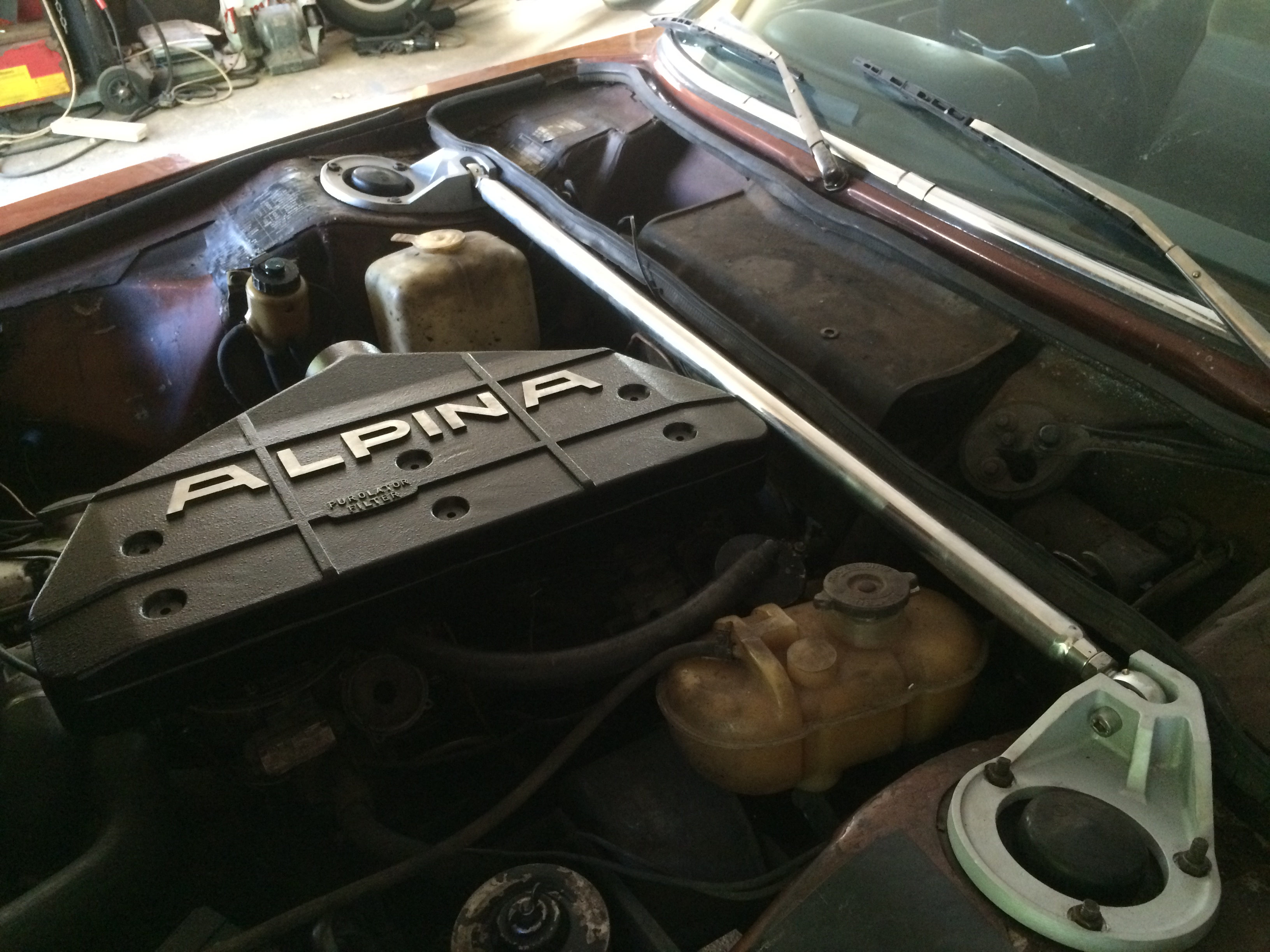 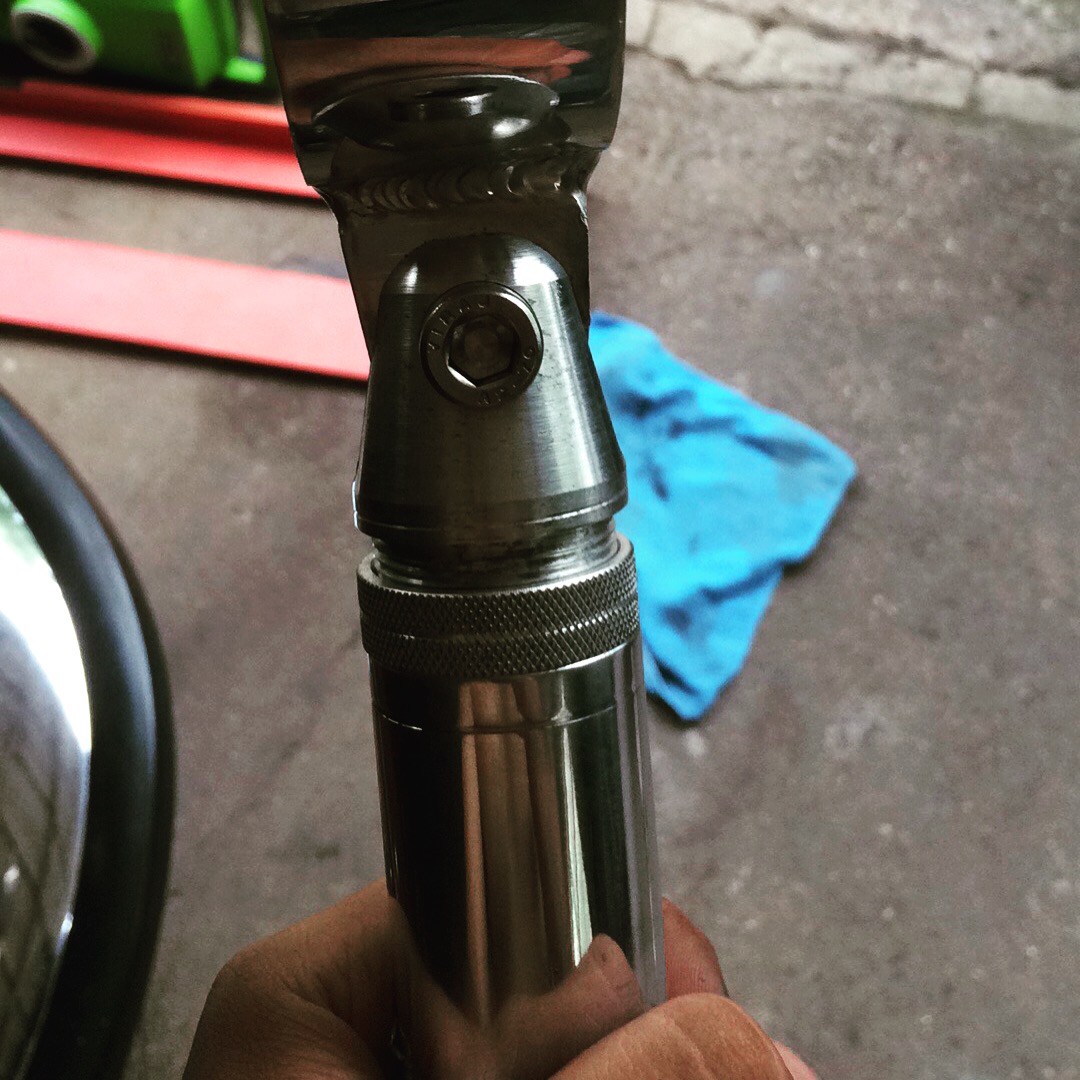 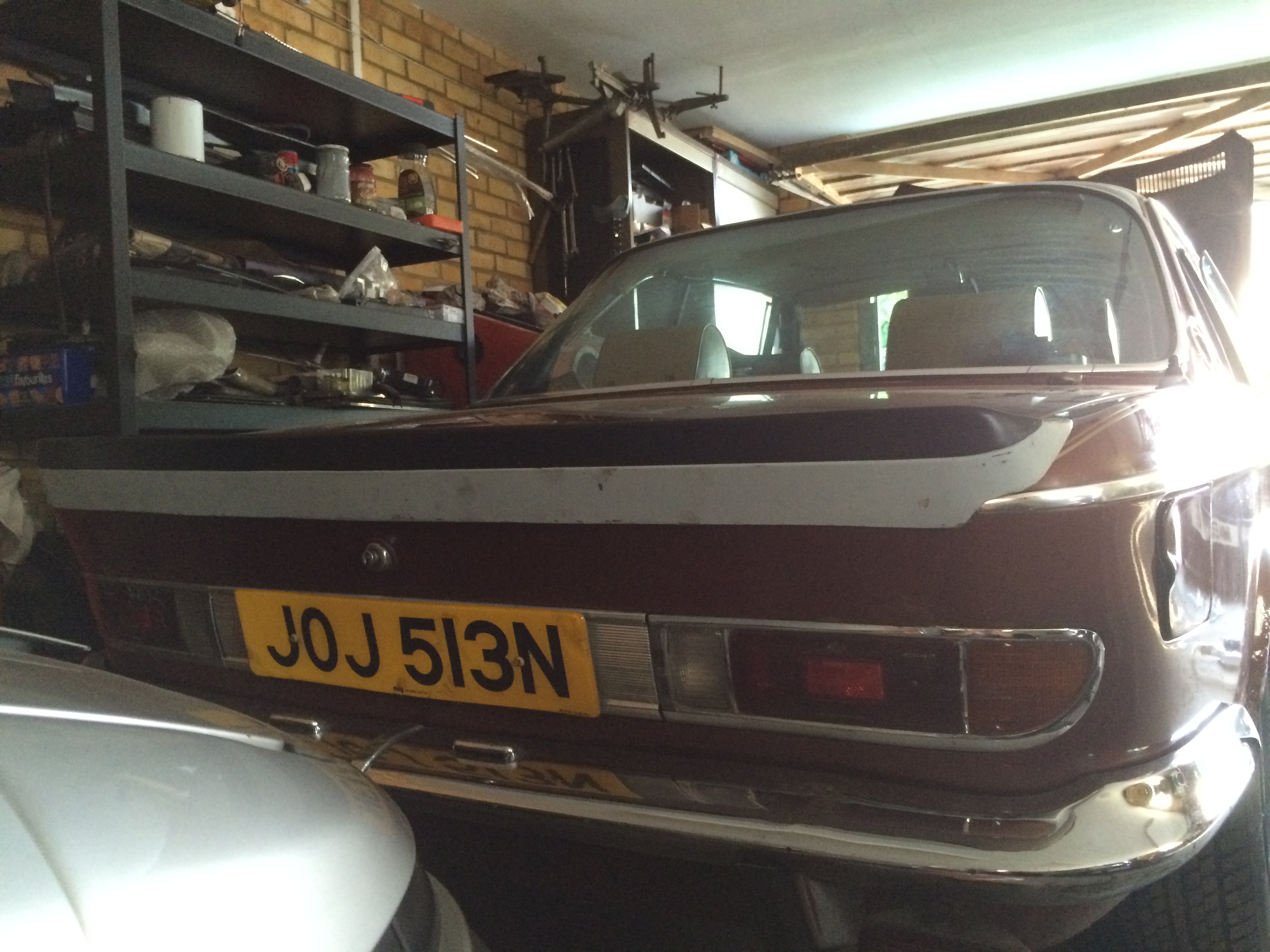 Got the clutch working too. Rubber flexi hose had swelled shut, new hose and the clutch is fine. Unseized the brakes a bit, car now stops and drives which is handy!