I saw the car in Pittsburgh in 1977 at a Calder Retrospective Exhibit. It started my love affair with BMW. Saw it again in 2016 at Laguna Seca & again in 2021 in the BMW super secret warehouse, I said, "good to see you old friend".

So he signed it but didn't paint it? Looks like the design was basically done before he showed up looking somewhat confused. That said, I saw it at Amelia Island and it's fabulous.

Stevehose said:
So he signed it but didn't paint it? Looks like the design was basically done before he showed up looking somewhat confused. That said, I saw it at Amelia Island and it's fabulous.
Click to expand...


I think he designed the scale model and a professional shop sprayed the car. It makes sense given the paint quality. If you look at the warhol M1, Stella’s M1, Stella e9, and many other art cars, they are hand painted. The Calder car is a smooth spray job. He did look confused though.

Calder was either 77 or 78 when this film was made. As I recall it was his last project & was called The Calder Mobile at the time as he made brightly colored hanging mobile sculptures. He was born in 1898 & passed away in November 1976 at 78.

The "artist proof" Calder Car BMW recently made was for the Alexander Calder Foundation. It has subtle differences from the original race car yet the paint is the same quality.
M

If you look closely, there are at least 2 versions of the original, on the first one, the white stripe goes into the air inlet on the air dam
M

I lucked out, we went to the car museum in Mulhouse and they had all the BMW art cars, didn't know they were going to be there, that was about 30 years go

Time warp video. He didn't look so much confused as simply old. Strange having someone else do the art work and you sign it off. Warhol did a lot of that.

A Brisbane BMW dealer built a Calder art car. BMW found out about it and the car was vinyl wrapped to cover 250 hours spent on the paint alone.

I have a few of the BMW model art cars and they are appreciating at a rate similar to many classic real cars. Maybe I should a royalty to the Calder estate?
P

@adawil2002, the foundation did a good thing by replicating the original, many people would otherwise not get to see it. Of all the originals, my favorite was Warhol's because you could see every gesture made in painting it by hand. The Stella CSL and Lichtenstein 3er are equally striking in person, you can imagine all the tape and masking required.

Currently the AP is at the Norton Museum, saw it last week. In 1992 we stumbled into the New York BMW showroom where all twelve were on display. Just walking down Park Avenue a few blocks from the Waldorf, there they were. Astonishing. Went back to our room for the camera and took a pile of photos... should dig that album out to have them digitized. Calder, Warhol, Lichtenstein and Stella set the bar. By coincidence, a couple of years later Peter Gregg's Stella M1 was for sale at a used car dealer in Delray Beach. It was a little above my pocketbook but quite a bargain at the time! 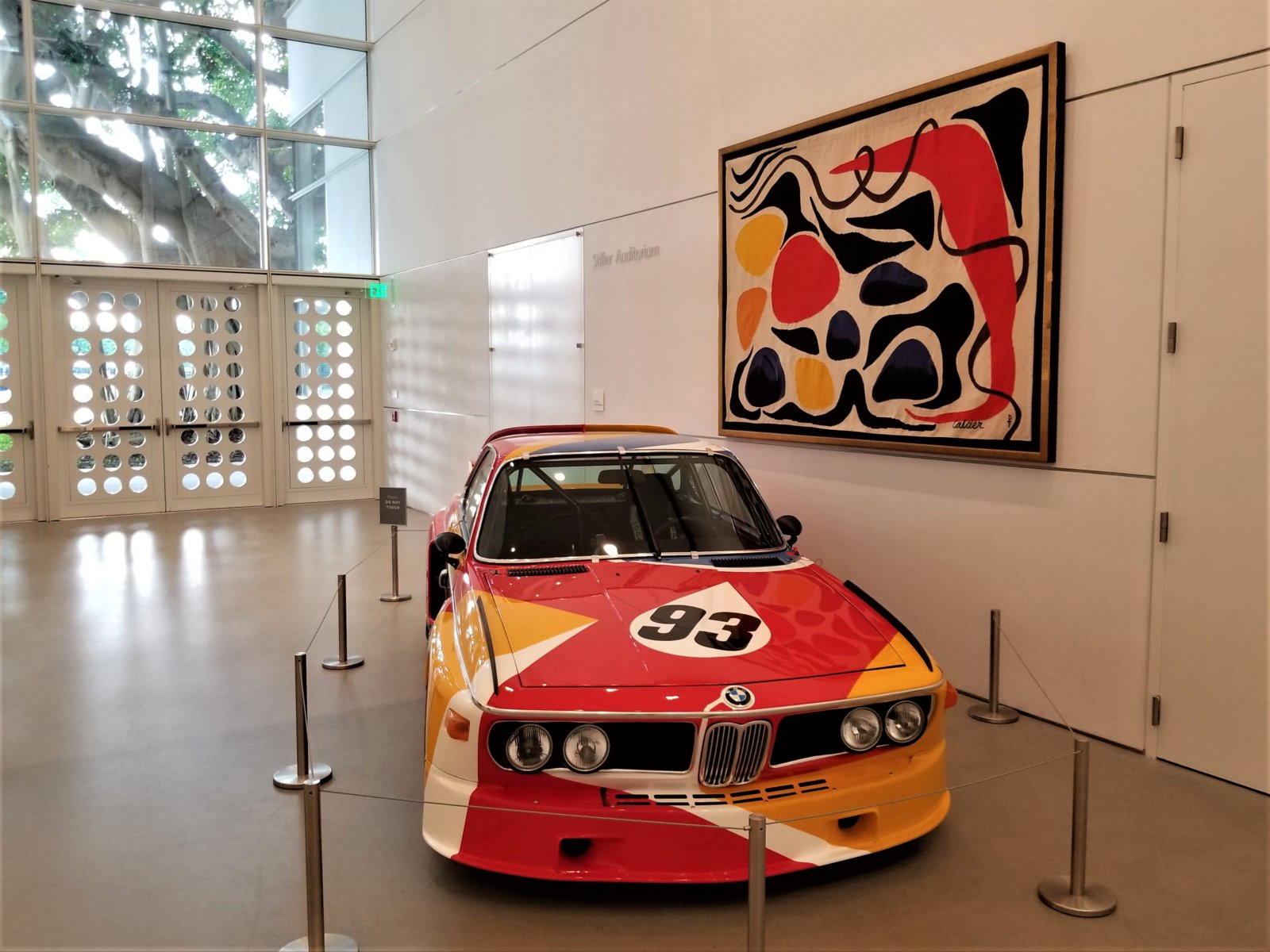 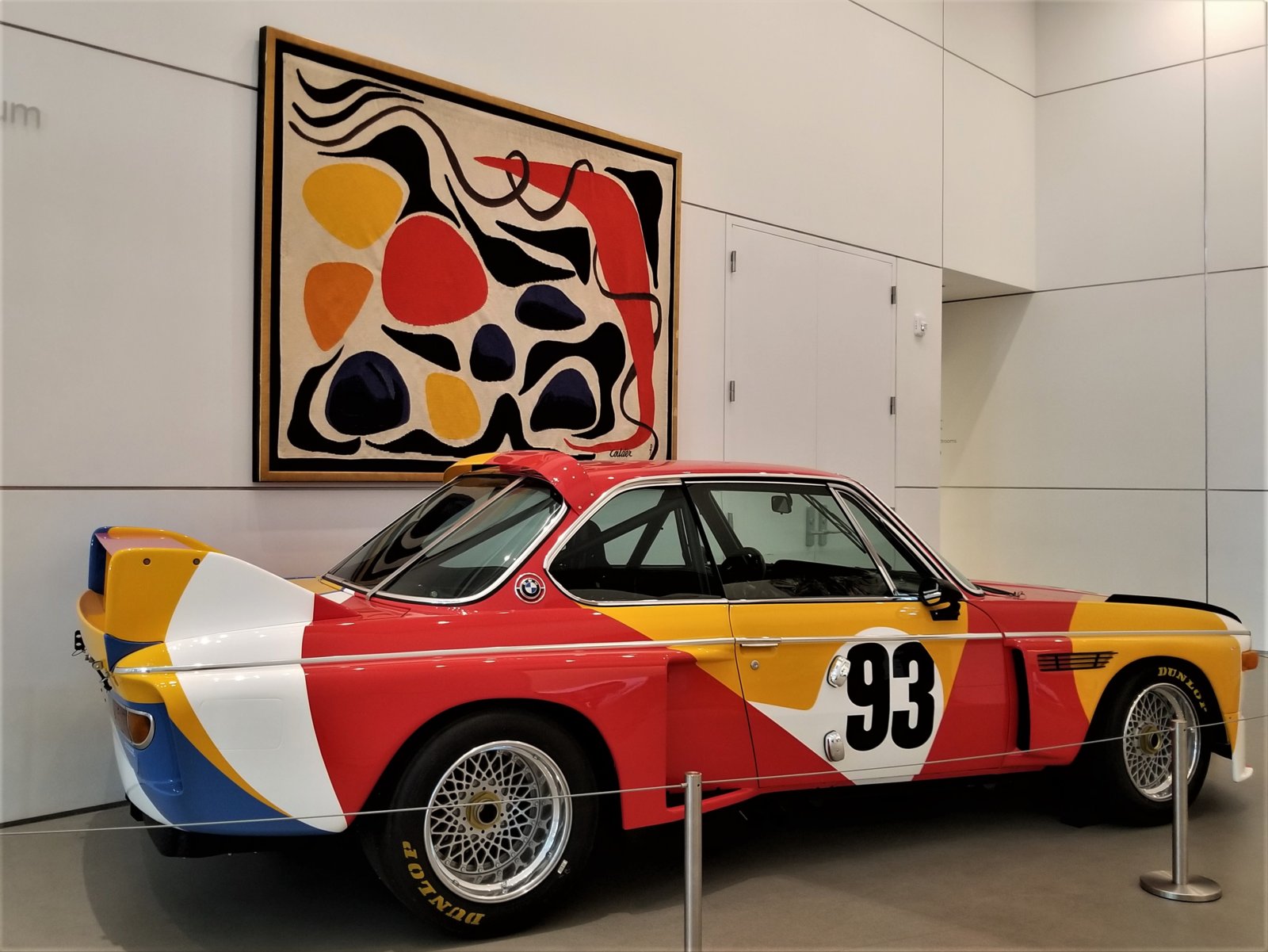 A good deal of Mr. Calder’s work is on display at the Crystal Bridges museum in Arkansas. The car is more meaningful once you’ve seen a broader scope of his work. I’d love to see the car on loan at this museum with a larger collection as a back drop.
You must log in or register to reply here.
Share:
Facebook Twitter Reddit Pinterest Tumblr WhatsApp Email Share Link
Top