don't know, but if you jack up the front of the engine out of the supports , so lowering the gearbox , the top bolts will be more visible ?

Belgiumbarry said:
don't know, but if you jack up the front of the engine out of the supports , so lowering the gearbox , the top bolts will be more visible ?
Click to expand...

Doing some more research it sounds like jacking the car and dropping the box before removing the motor is the easiest option for me.
With the box out of the way I can cut the exhaust closer to the manifold so I can get it out of the car.

BMW Finally came back to me true to their word after I sent them the requested information.

Thank you for your reply.

Is this to drop the gear box?

Wes said:
Is this to drop the gear box?
Click to expand... 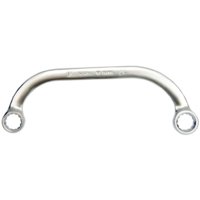 Handy wrench to have but they should all have a removable bell housing. Perhaps useful for the starter motor also The integrated M30 bell housing started with the G260.

Here is how to solve your problem in 40 seconds:

Bmachine said:
Here is how to solve your problem in 40 seconds:

Suspect that's it's actually a little longer than 40 seconds
I'm looking to lift the motor out, as opposed to raising the car.
At the workshop tomorrow looking to drop the gearbox. Will let you know what falls out. Hopefully...

Another big day down at the workshop. First order of business buy a new trolley jack on the way there.

Then I jacked the front of the car as seen below. I also installed a pair of stands, one one each of the main bolts that hold the suspension together (they are 20mm think and run through the wishbones_ so really strong. I also then placed a pair of ramps under the front wheels, locked off this blocks so the car cant roll back. I also locked off the jack itself and put the hand brake on.

This may sound like overkill but it's a one man band at the workshop so safety first with lots of redundancy. 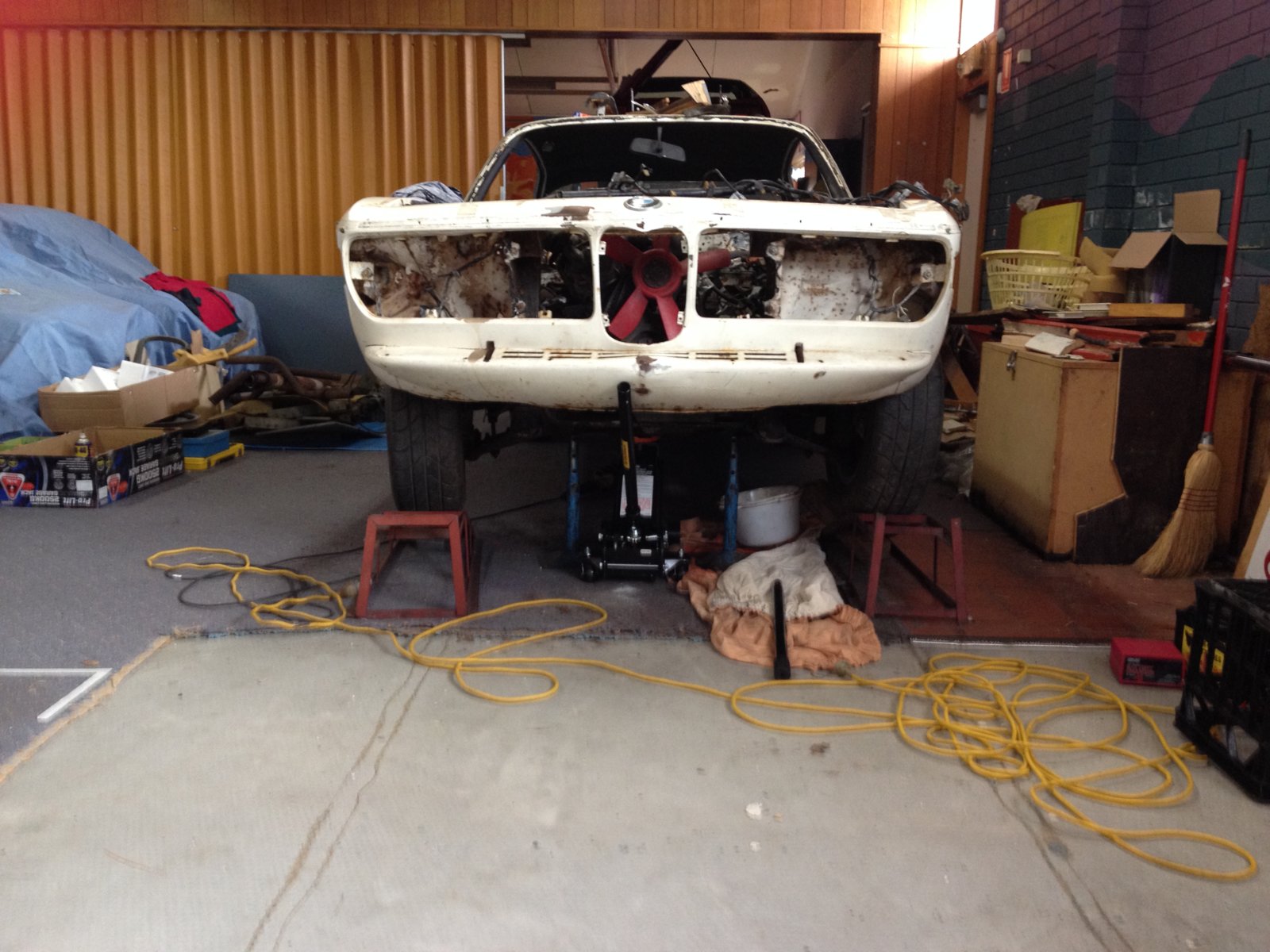 Next order of business to gain better access. So I cut away the exhaust at the point where they turn 90 degrees from almost vertical to run along under the car.
On to the growing pile of things I've pulled from the car. 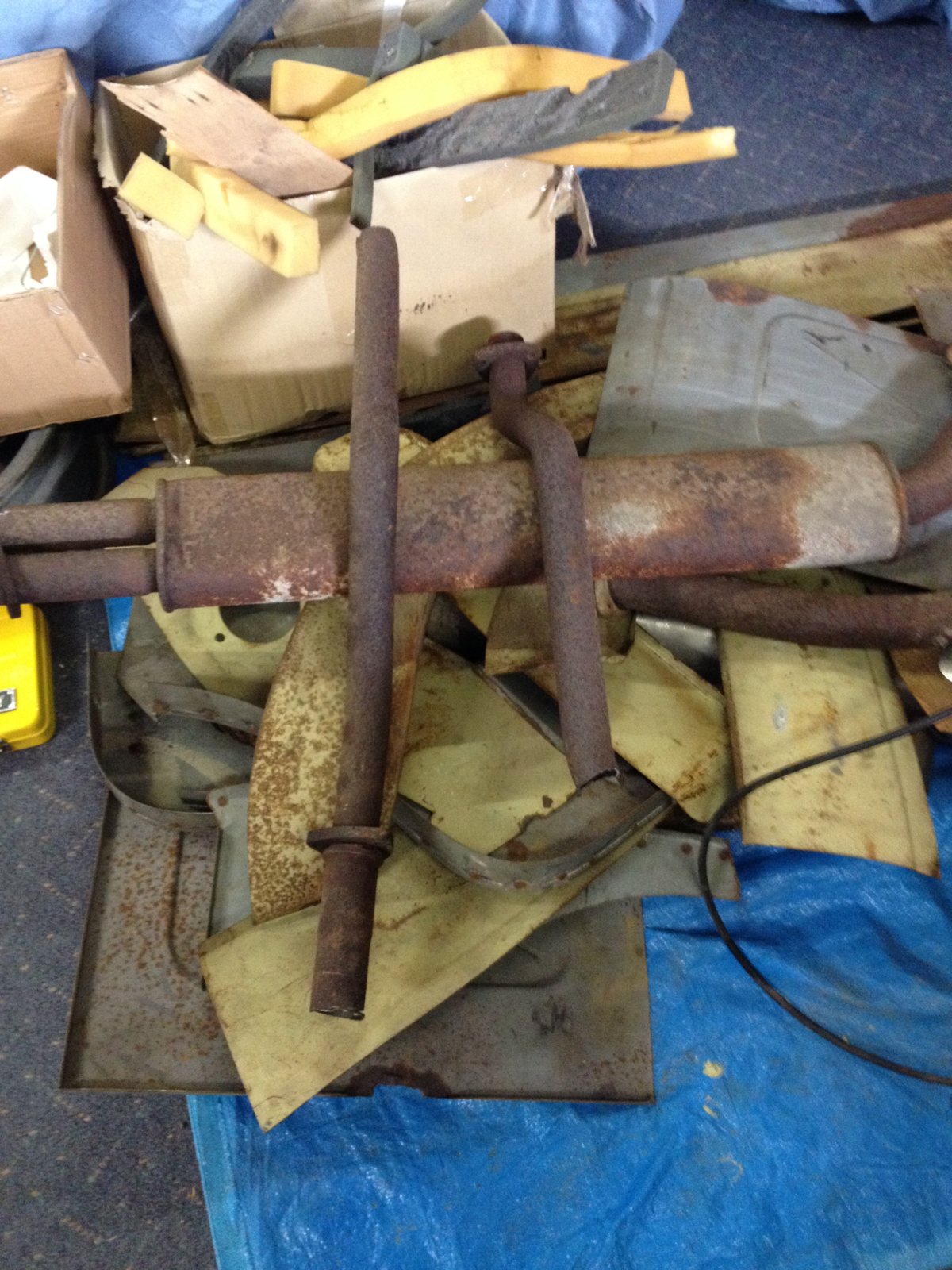 The drive shaft took me hours to remove as all of the bolts were super tight and seized. After what seemed like an age I managed to remove the 5 bolts that connect the drive shaft, they also run through the large rubber mount between shaft and the gear box. Given the gear box is stuck in gear this was a real pain in the butt as one of the bolts was pretty much at top dead centre so almost impossible to get at.

I then dropped the shaft mounts that fix to the car near where the shat splits in two. This was the easy bits. The shat then required a lot of jiggling to get it to a point where it has clearance to swing clear of the back of the gear box. There was quite a bit of swearing and WD40 applied at this point. Both seemed to work well.
After that I disengaged the arm for the clutch plate - the locating clip was practically only rust so at least that was easy.

After some jiggling the box started to move backwards, but then another hitch. As the box is stuck in second gear the lever is pointing toward the back of the car so there wasn't enough clearance for the box to come back far enough for the gear shaft to clear the bell housing. After stuffing around with this for an hour unable to find a solution I gave in and cut a notch in the tunnel to allow it to slide further back and down.

The shaft then just slid out of the bell housing and was lowered on a jack and onto the pile. 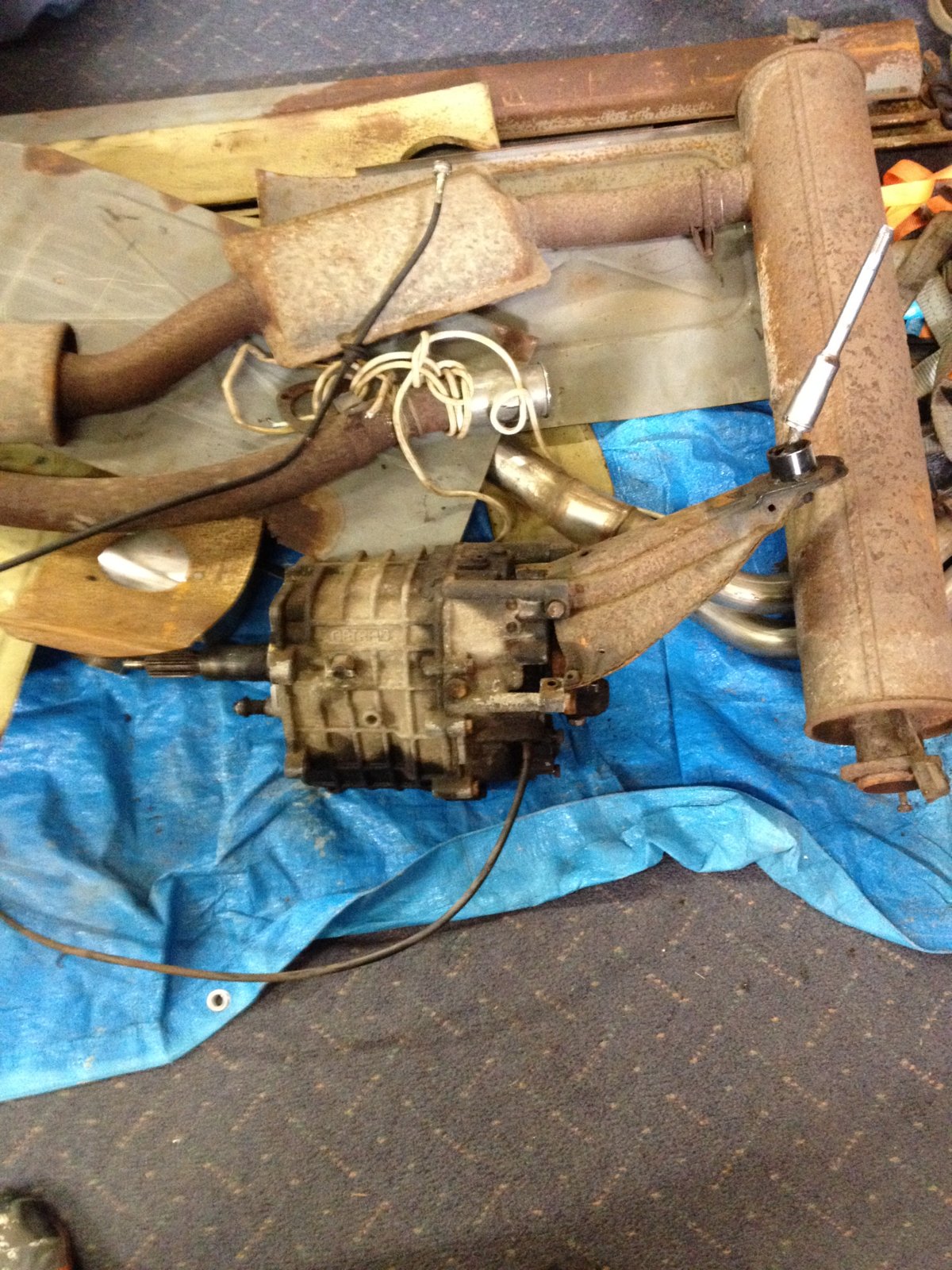 This picture gives you an idea of where to cut the exhaust to give you clearance. There was no way on earth the bolts were going to crack so the only option. 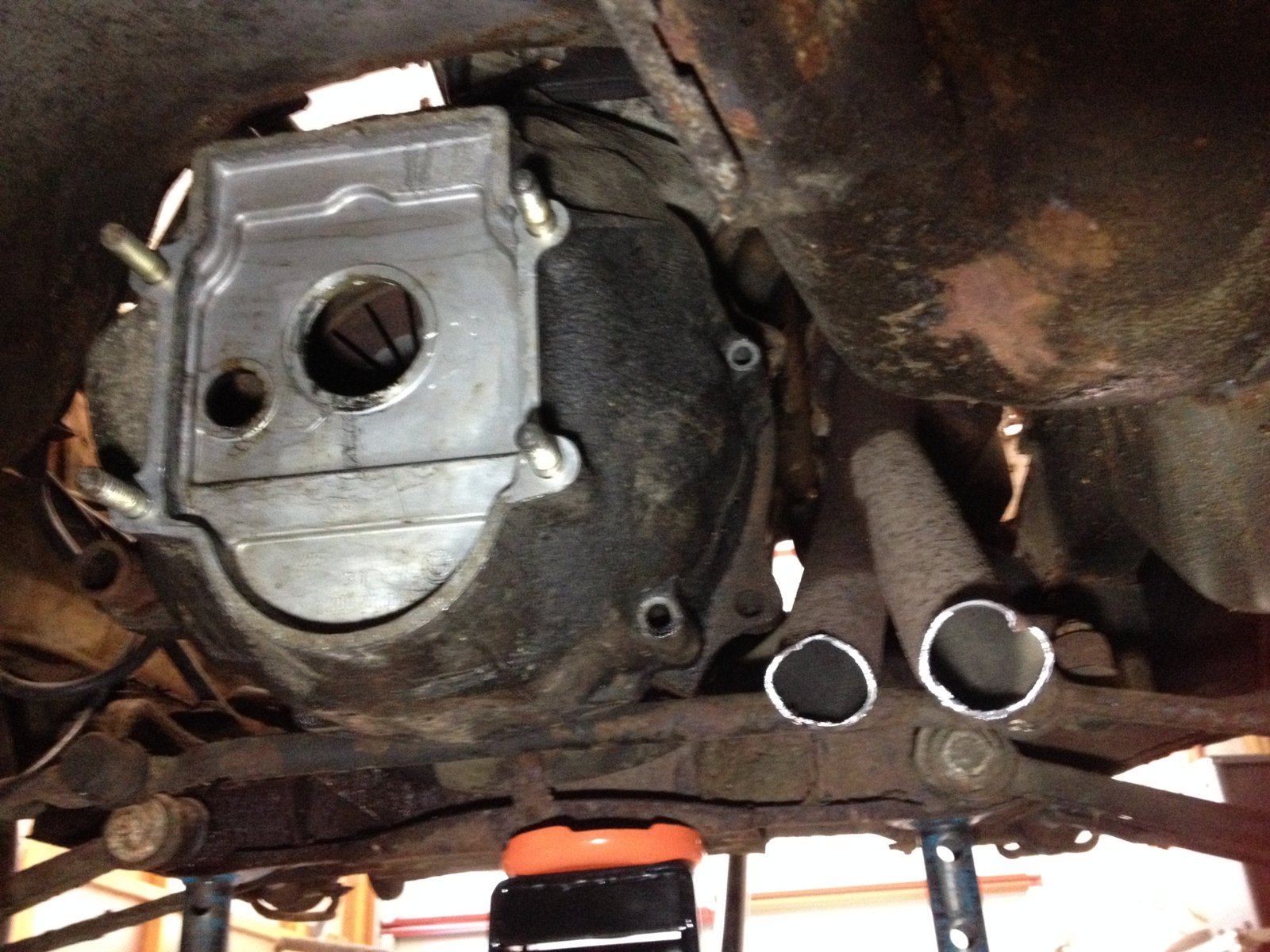 Am I right in thinking that now there are only the 2 x engine mounts holding the motor in the car? I've a memory that there is some issue with the steering and engine removal?
Ideas?

Unlike the YouTube clip this took me all day but very satisfied with the result.

Well done, Wes!
To me, the disassembly of an old car is not much fun. But it creates a nice clean canvas for the rebuild which is far more rewarding.

2 engine mounts and the tranny mount is the 3rd. great progress!

sfdon said:
yep
Pull tranny by removing 4 nuts
Now you can see the 7 bolts on the bell housing
Click to expand...

Any ideas on how to get those top two bell housing bolts?
I can get my hand in to the one above the starter motor, same for the one on the top right but at a loss how to remove them before pulling the motor.