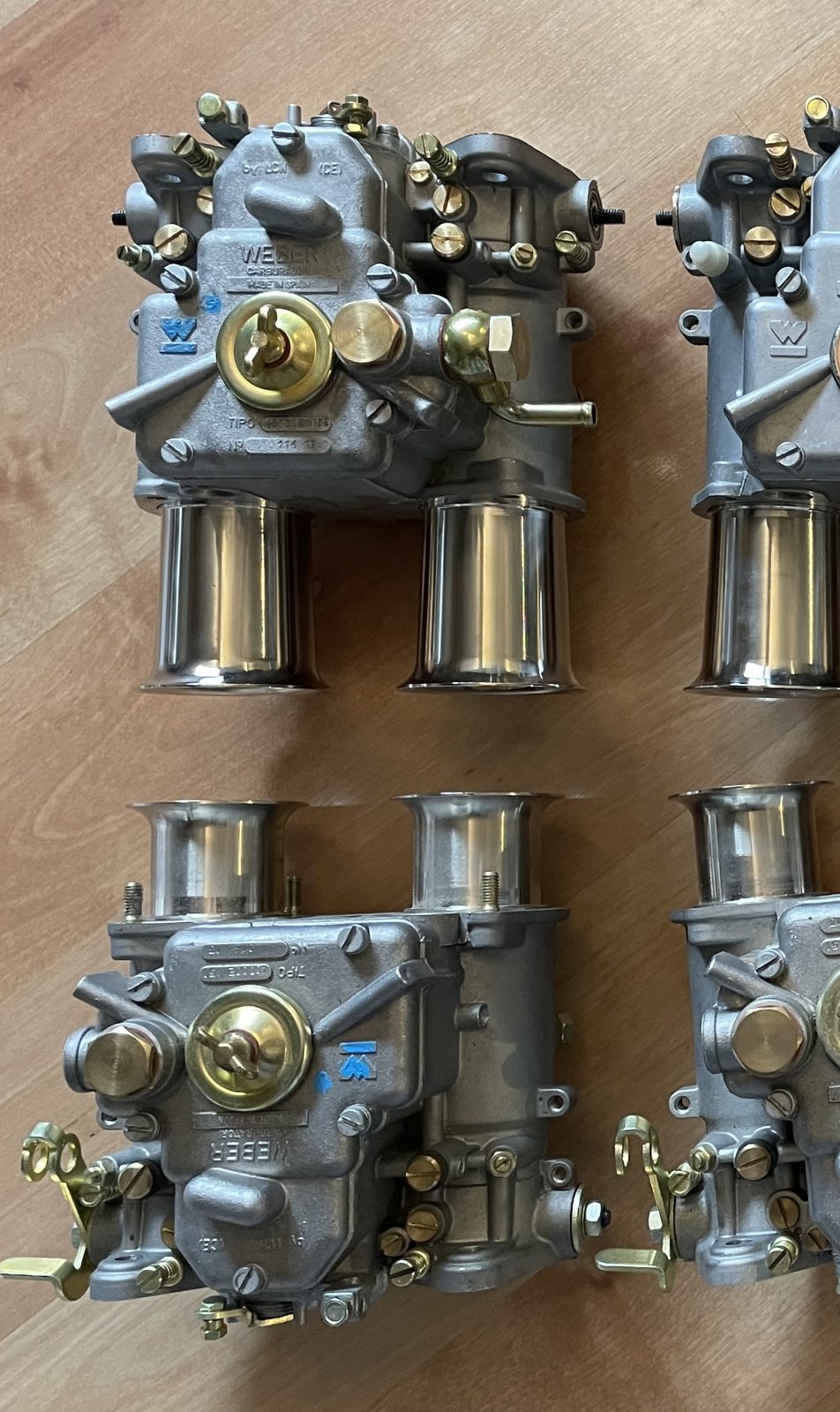 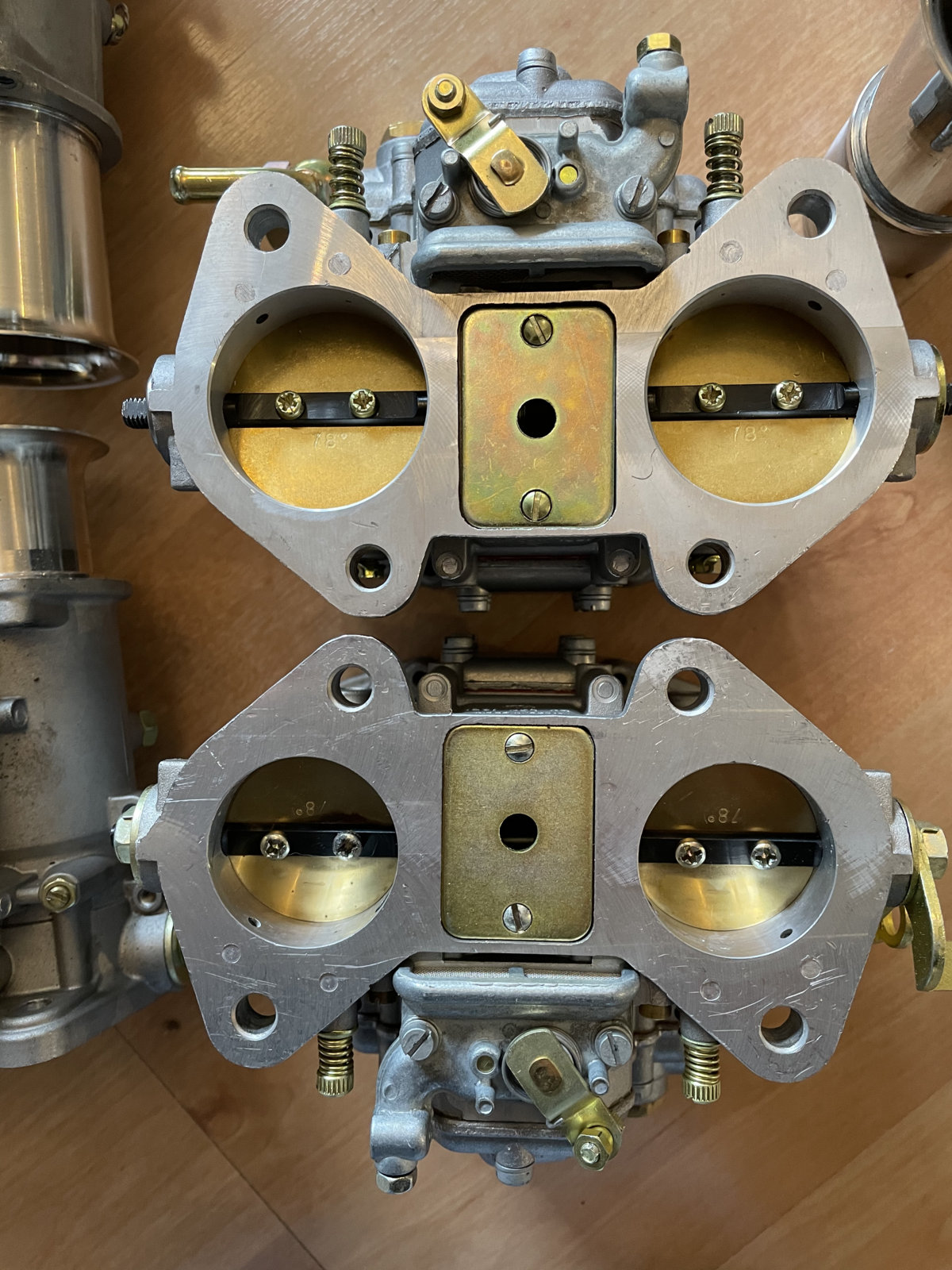 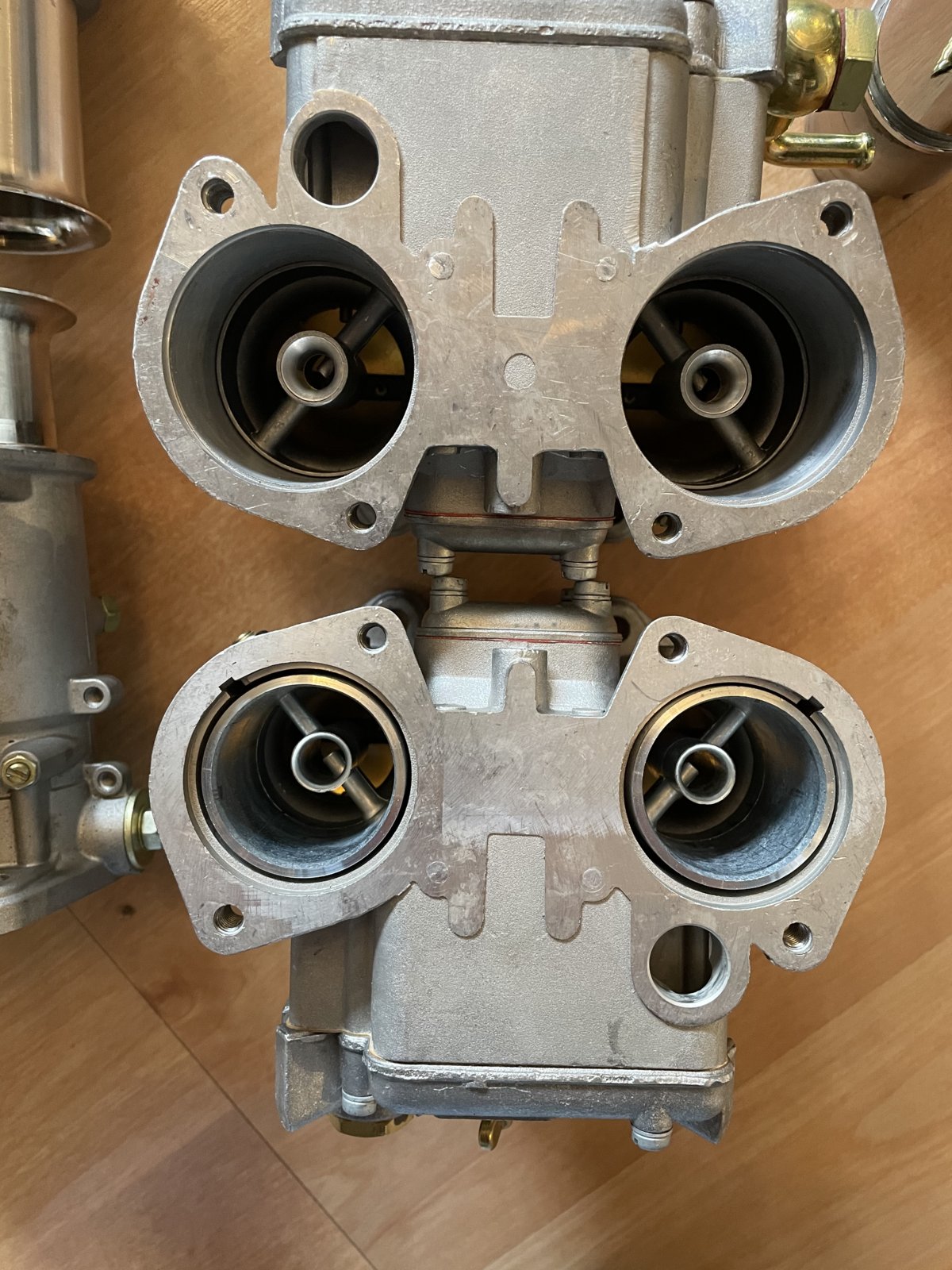 Your making my 40s look so inadequate.

It's how you use them that counts!


Ohmess said:
Your making my 40s look so inadequate.
Click to expand...

Stevehose said:
It's how you use them that counts!
Click to expand...

Agreed. If only I knew how! At any rate, I did the math using established calculations and concluded that 40’s are a bit small for a 3.5L

the triple DCOE's on the E9 were a bit of work getting right .... the four IDA48's on the 928 are a bit more complicated ....
the fuel level was to high , here i bend the float tabs to get it in spec. Had to make the tools myself , they are NLA. 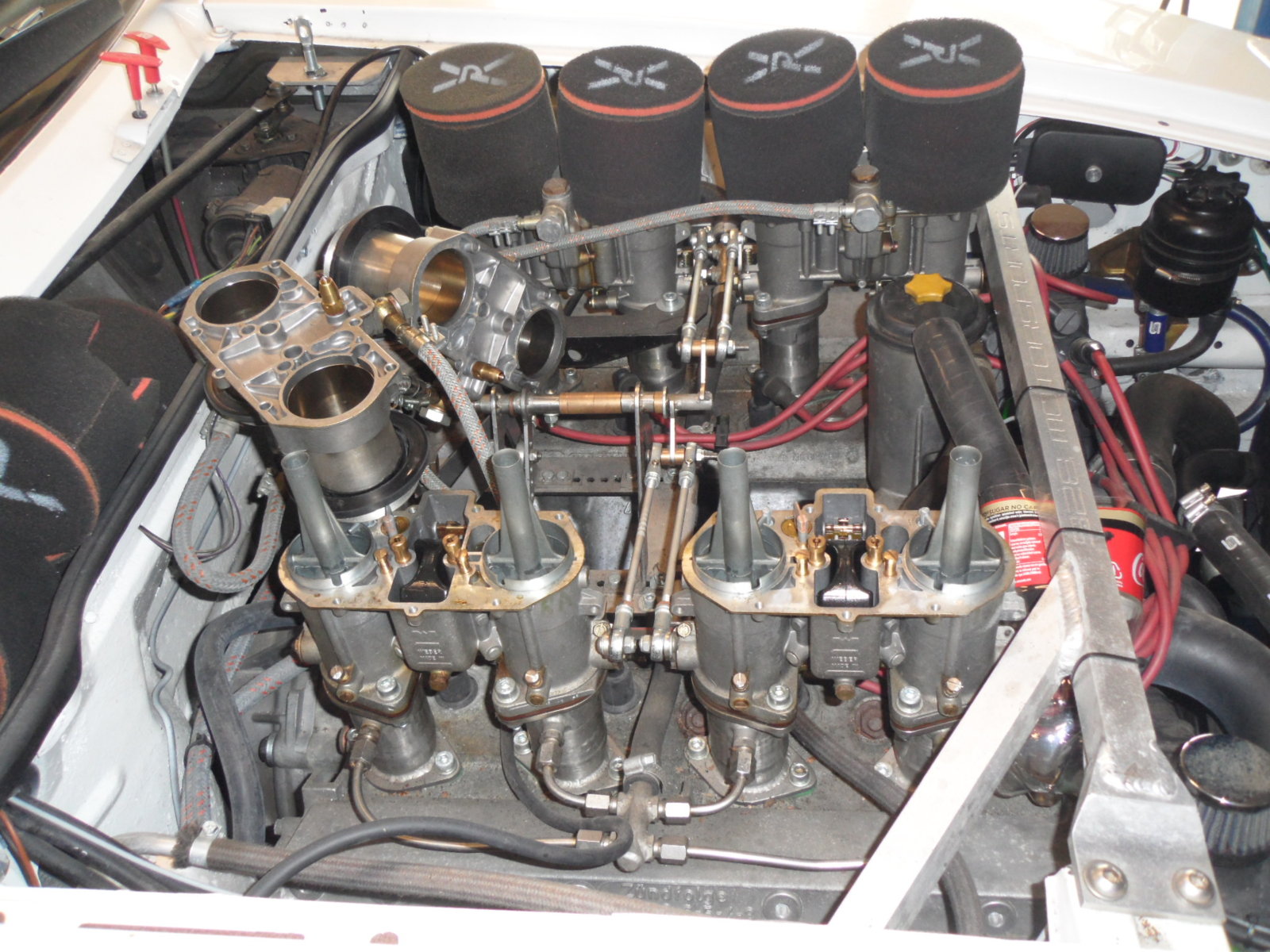 The foam filters were a disaster.... engine eats the tops

Meanwhile i sealed the trumpets from hot engine air and made a cold ram air scoop. Curious what a next dyno will show. 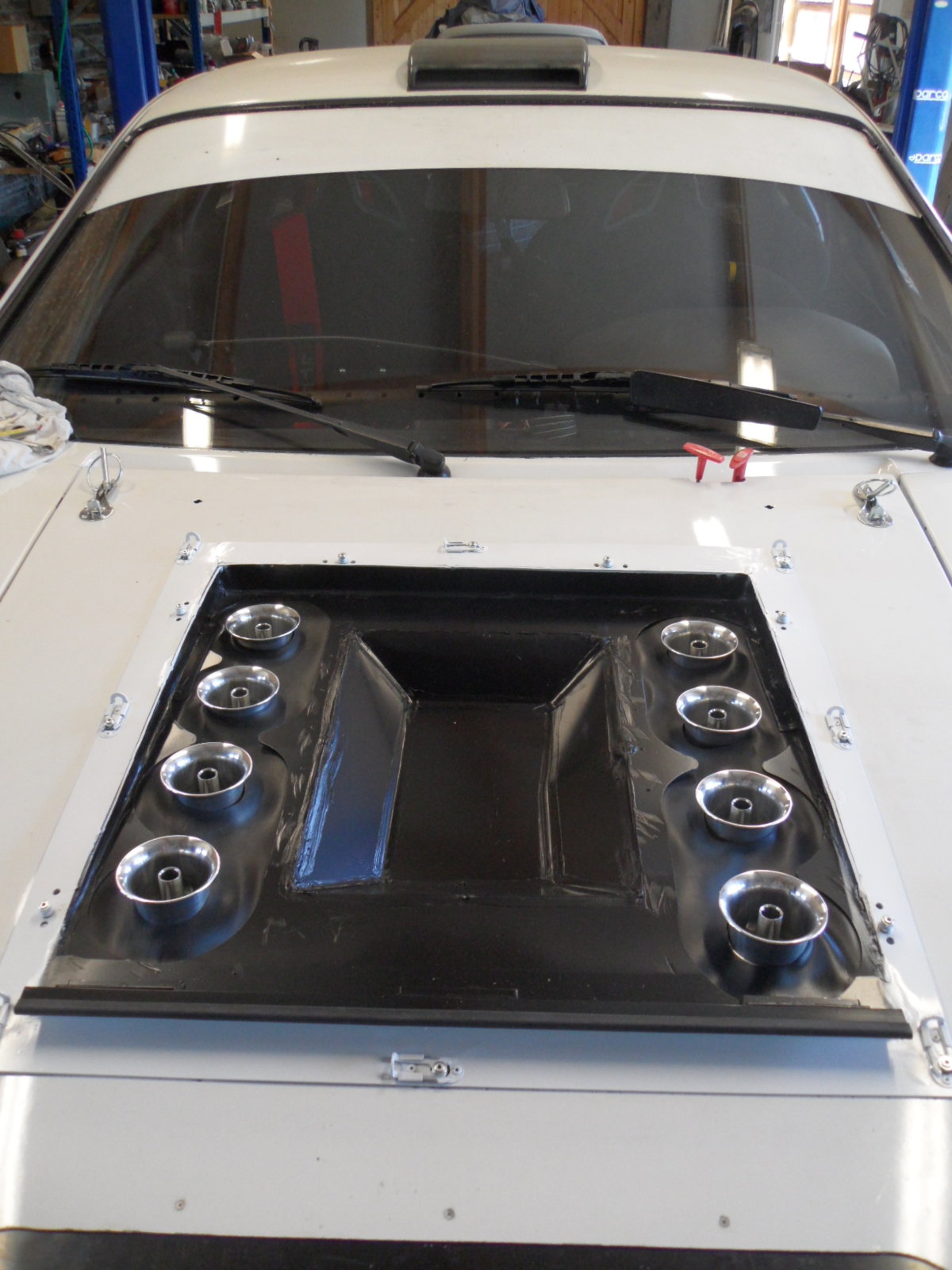 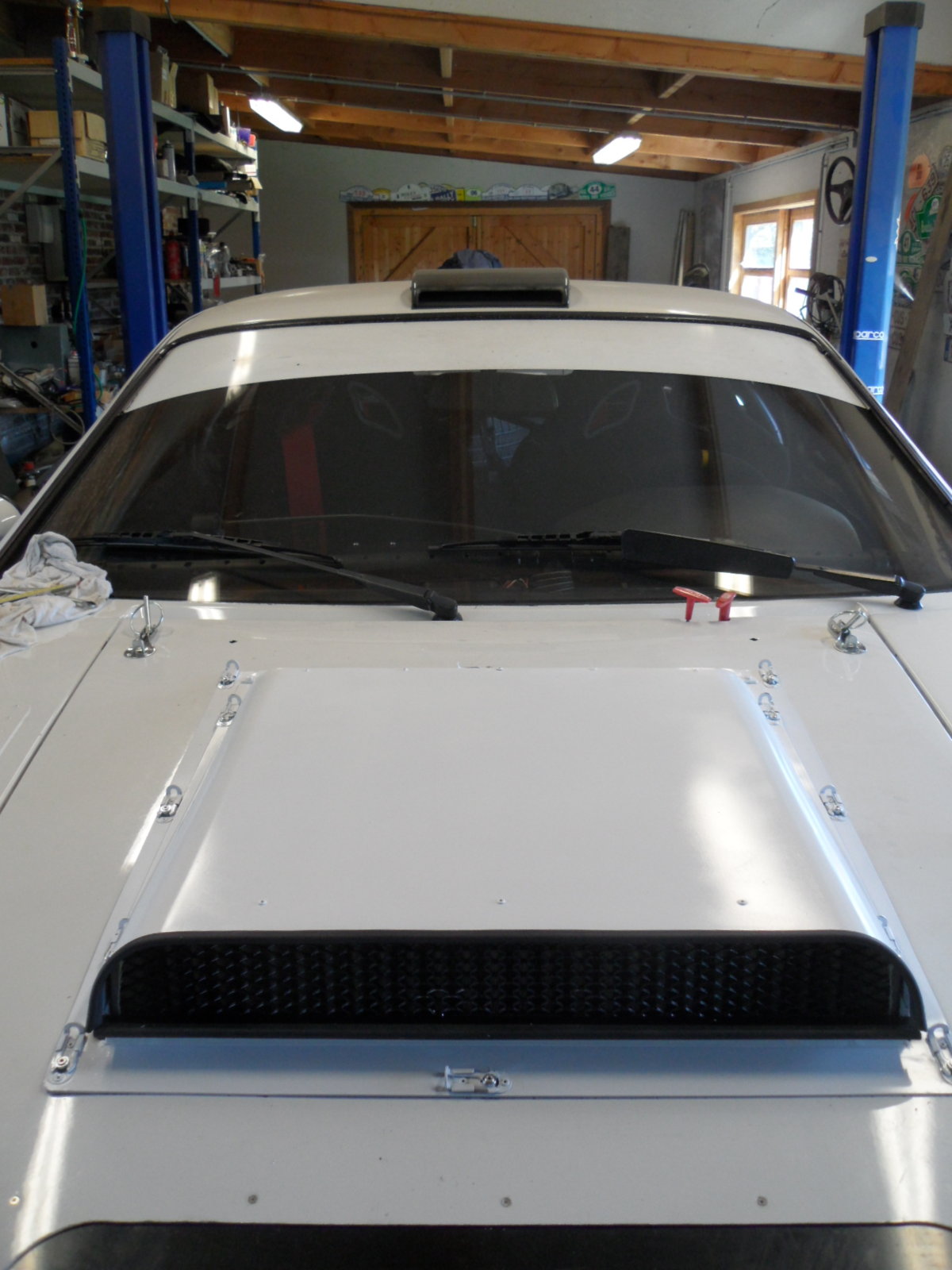 You're having too much fun Barry

now remaking the linkage.... i made a mistake.
I made a more "prof" version of my test setup as you can see in the first pic .... to realise it doesn't work that way ! I wanted 4 independent rods and not connections between the carbs for ease in synchronisation. This system works for synchro and WOT , but the progression is not the same on both banks !
I made 24 drawings to search for a solution playing with height etc.... to see that probably this is just impossible.
I came up with 2 options : either work with 2 gears that pull symmetrical or turn the passenger side carbs so all rods can be at one bolt , one side pulling , other pushing. I opted for that , most work as i had to cut and reweld manifolds ( engine and carb mounting holes are not symmetrical) , but in the end gives the most simple linkage. Almost finished ....
Visual it's perhaps a bit strange as the carbs are no more "mirror" mounted but meanwhile i even found out that now i can reach all mixing screws from one side , instead of having to walk around the car each time .

Belgiumbarry said:
This system works for synchro and WOT , but the progression is not the same on both banks !
Click to expand...

It took me some time to study your first photo and think about the linkage, but I finally figured out why the progression between fully closed and WOT would not be the same. Still, I would think the difference would be minor; would that really cause problems?

Your revised linkage should overcome this issue. Please post another photo when it is complete. And thank you for the lesson on throttle linkage design!

No thanks Jay , it took some time before i realised the "progression" problem.
Difference is indeed minor , and would not create real problems, i think , but it is not "perfect" . According firing order i had at mid throttle a cilinder which want to give more HP then the following one. Not ideal ....can give unnecessary vibrations ( ruin damper ? )

here is the final linkage which works symmetrical. One side pulling , other side pushing. No matter what , the horizontal movement stays the same for both banks and also independent of the angle as all uniballs go up ad down in the same manner. 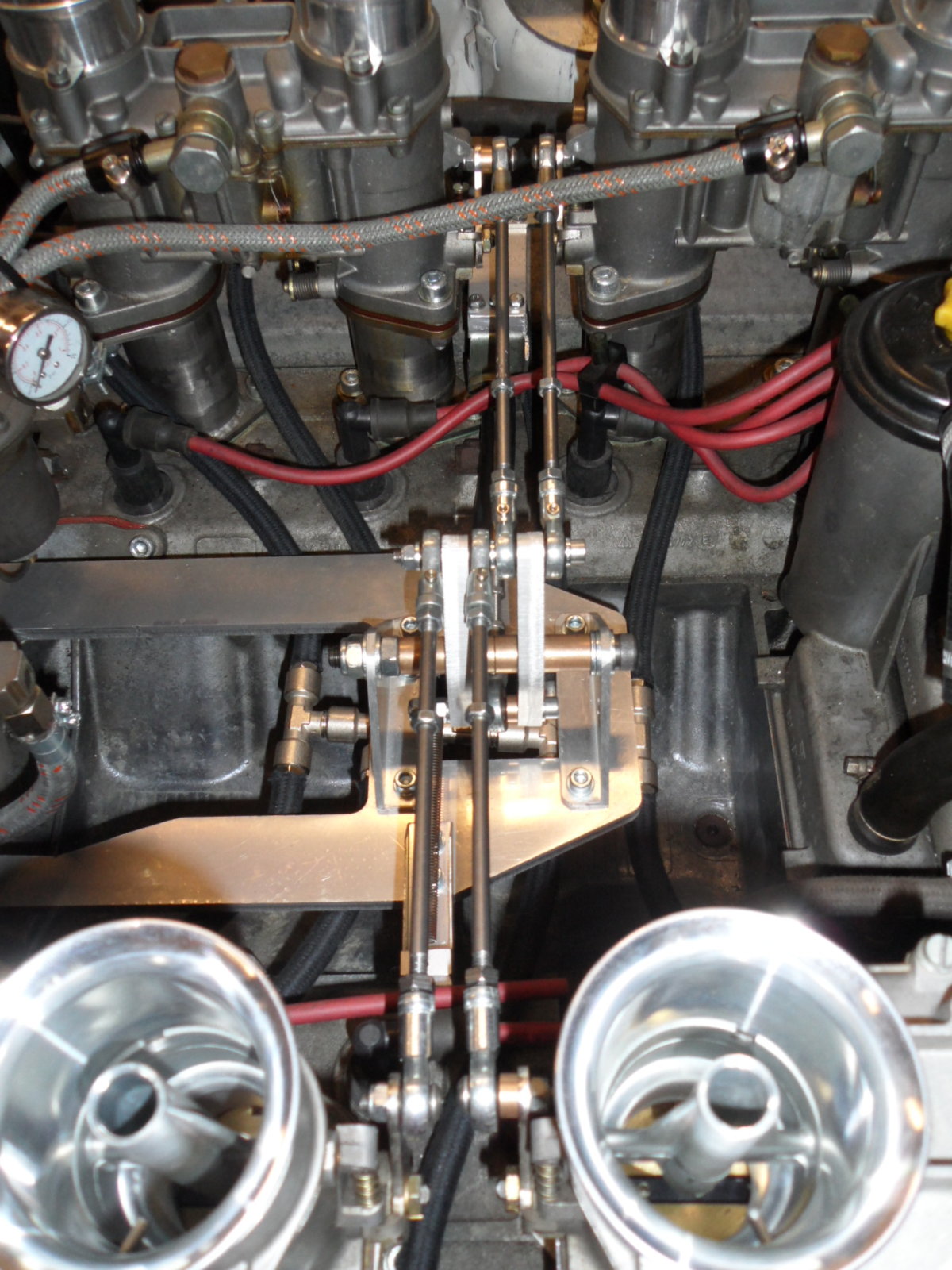 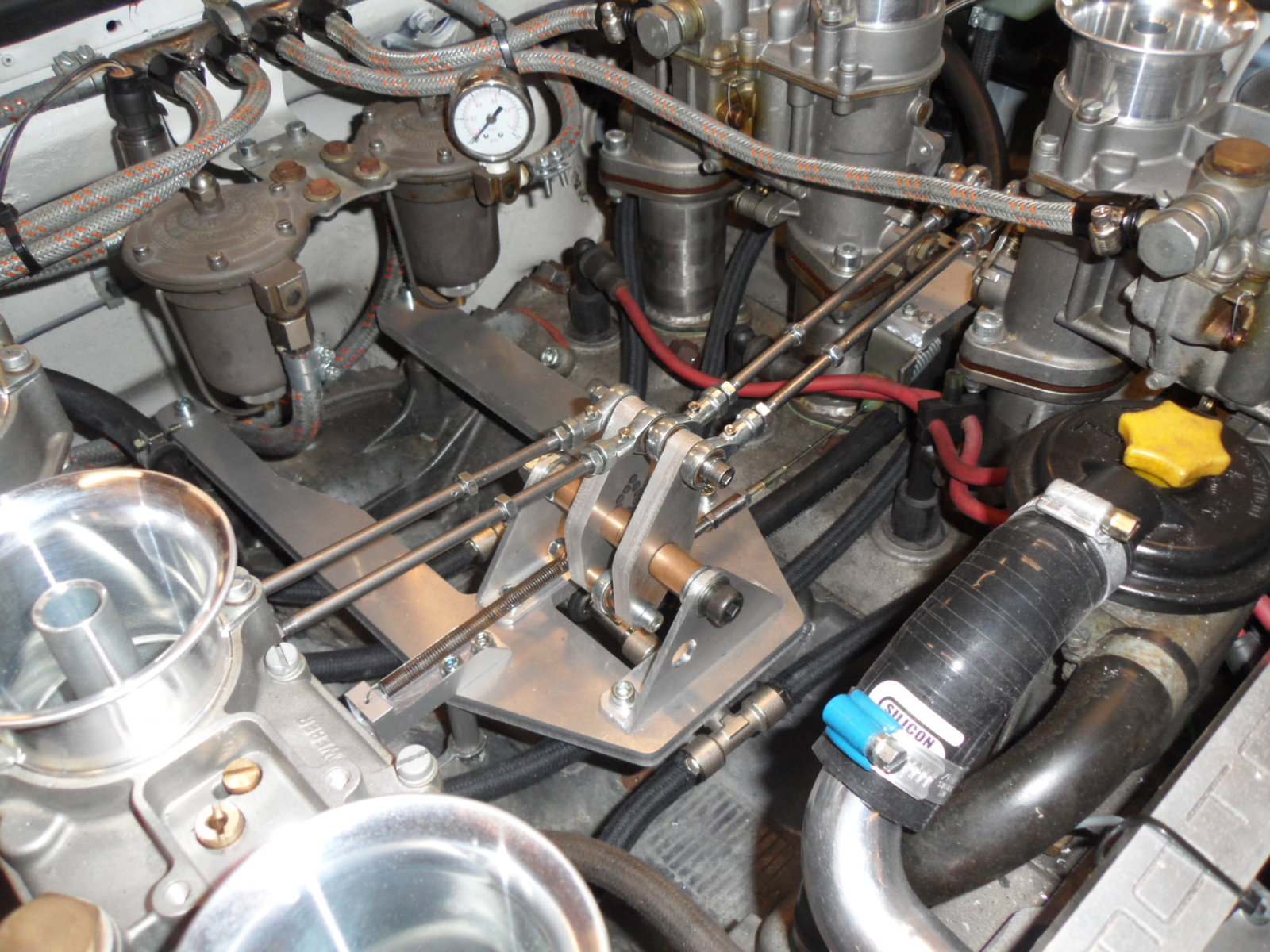