This job is easier done on a workbench than in the car however if you are creative enough you can achieve this in the car without undoing the brake lines.

In this case I have already removed the bushing and sent the trailing arms out for powder coating. 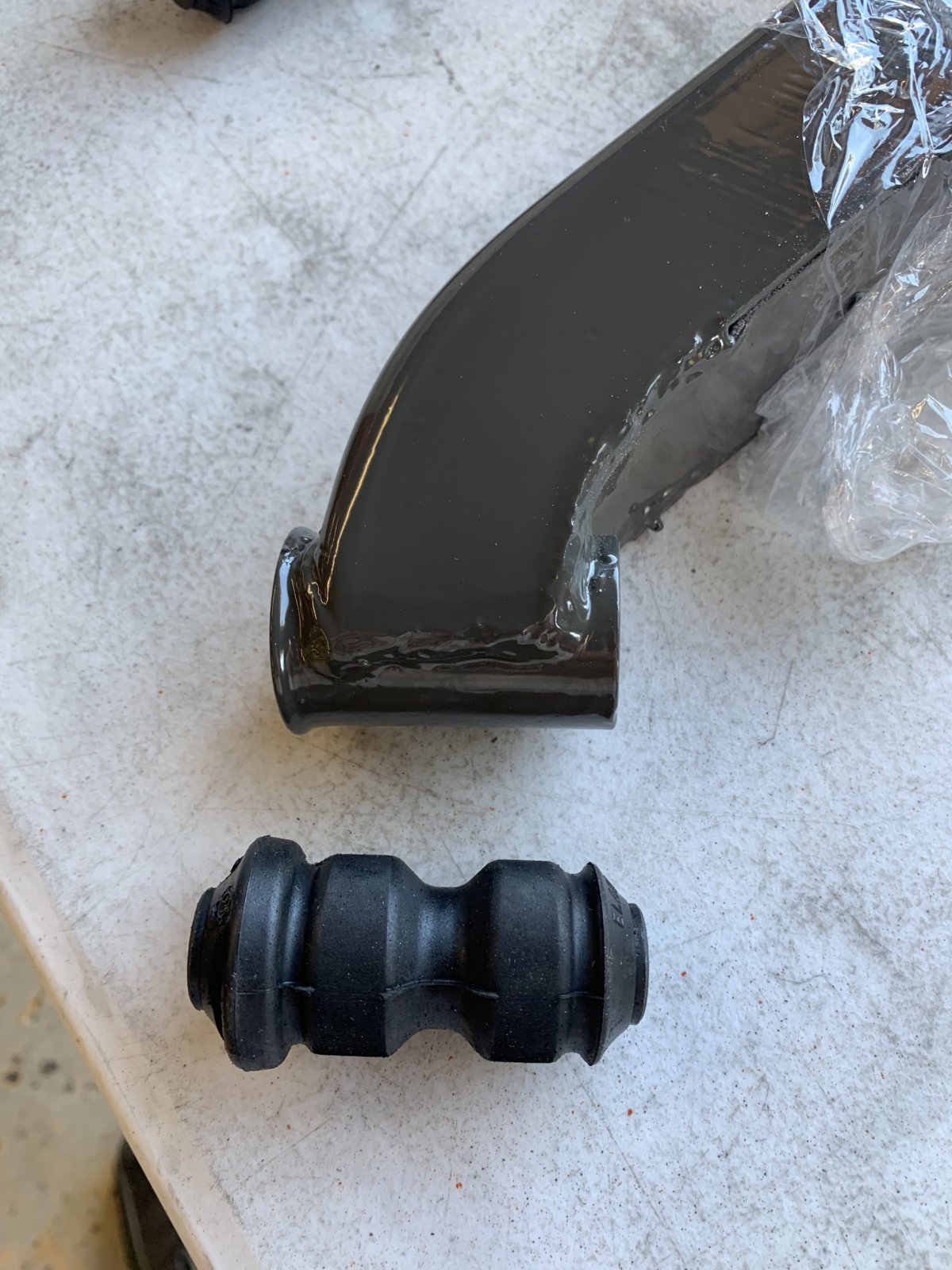 You’ll need a bolt or stud. I used a 6” stud 2 nuts and some washers. I doubled up the washers and greased them so they acted like bearings (sort of). You will also need something to push the bushing on the bolt. I purchased an inexpensive Harbor Fright bearing install set. You’ll also need something hollow on one end. A 27mm socket, 12 point works well. 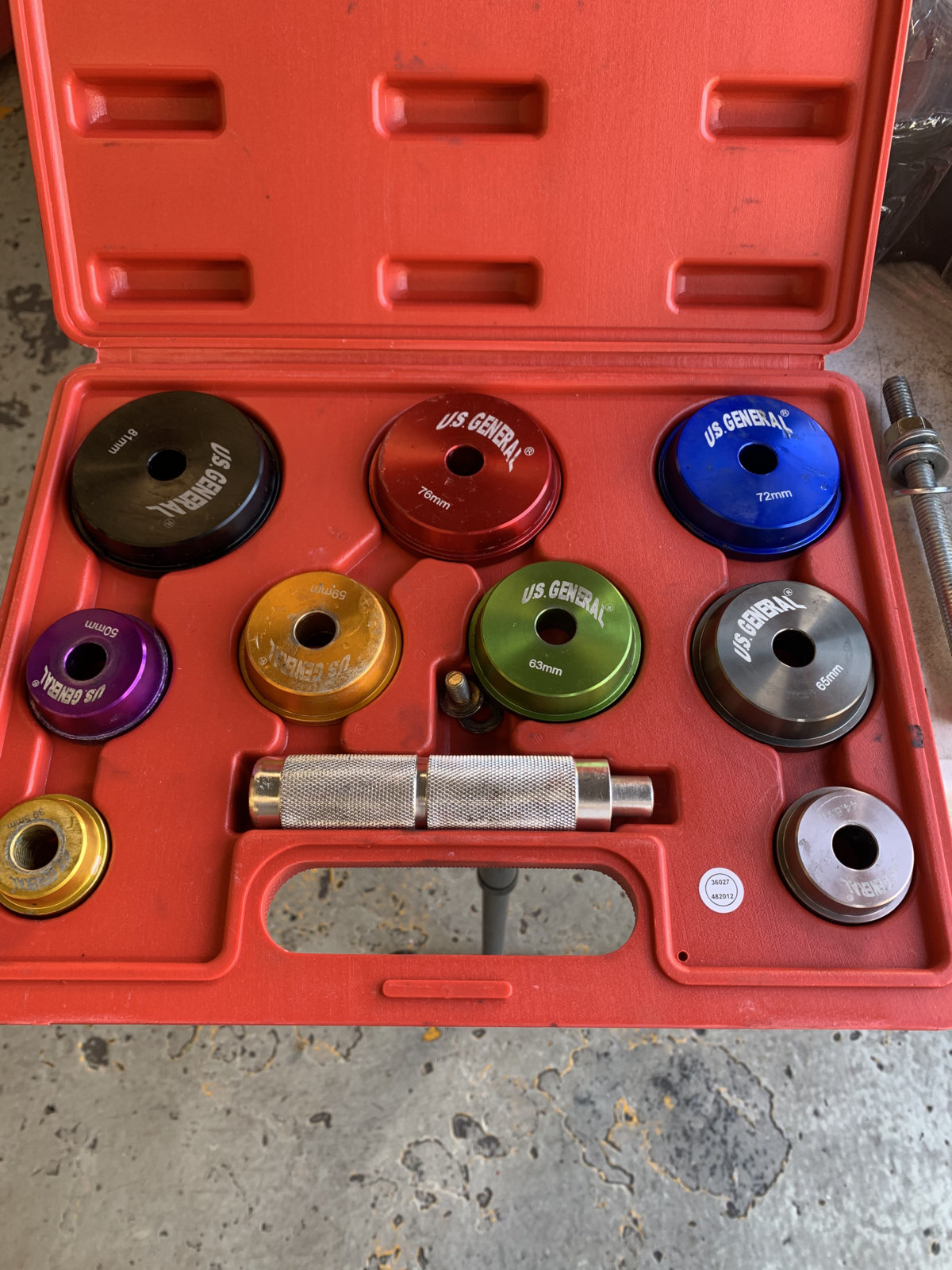 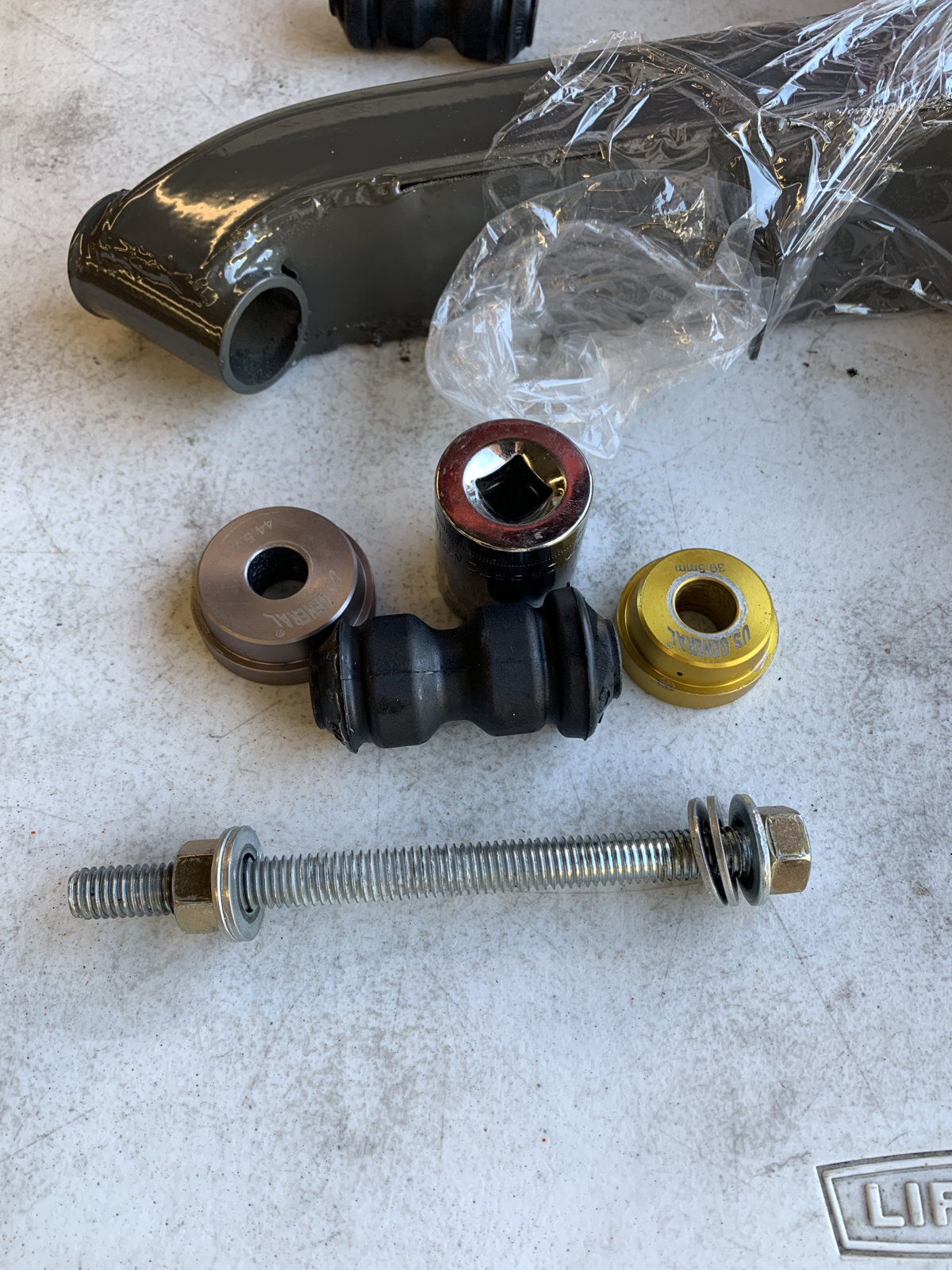 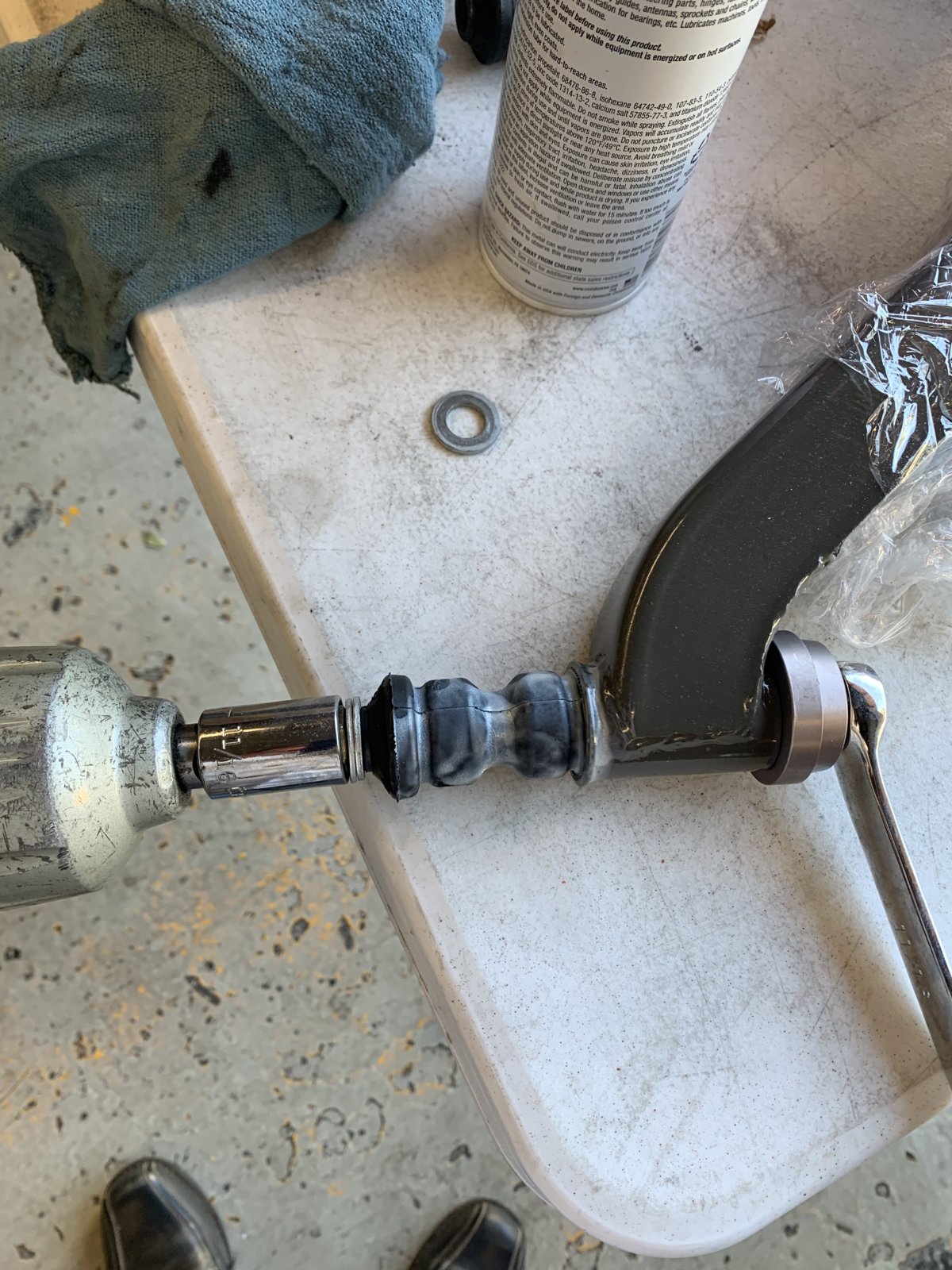 In this step I used an electric impact to drive the bushing in to the trailing arm. The white stuff on the bushing is lithium grease.

Once you’ve driven the bushing in to the trailing arm you’ll notice that it didn’t pop out the other side. This is where the 27mm socket comes in handy. 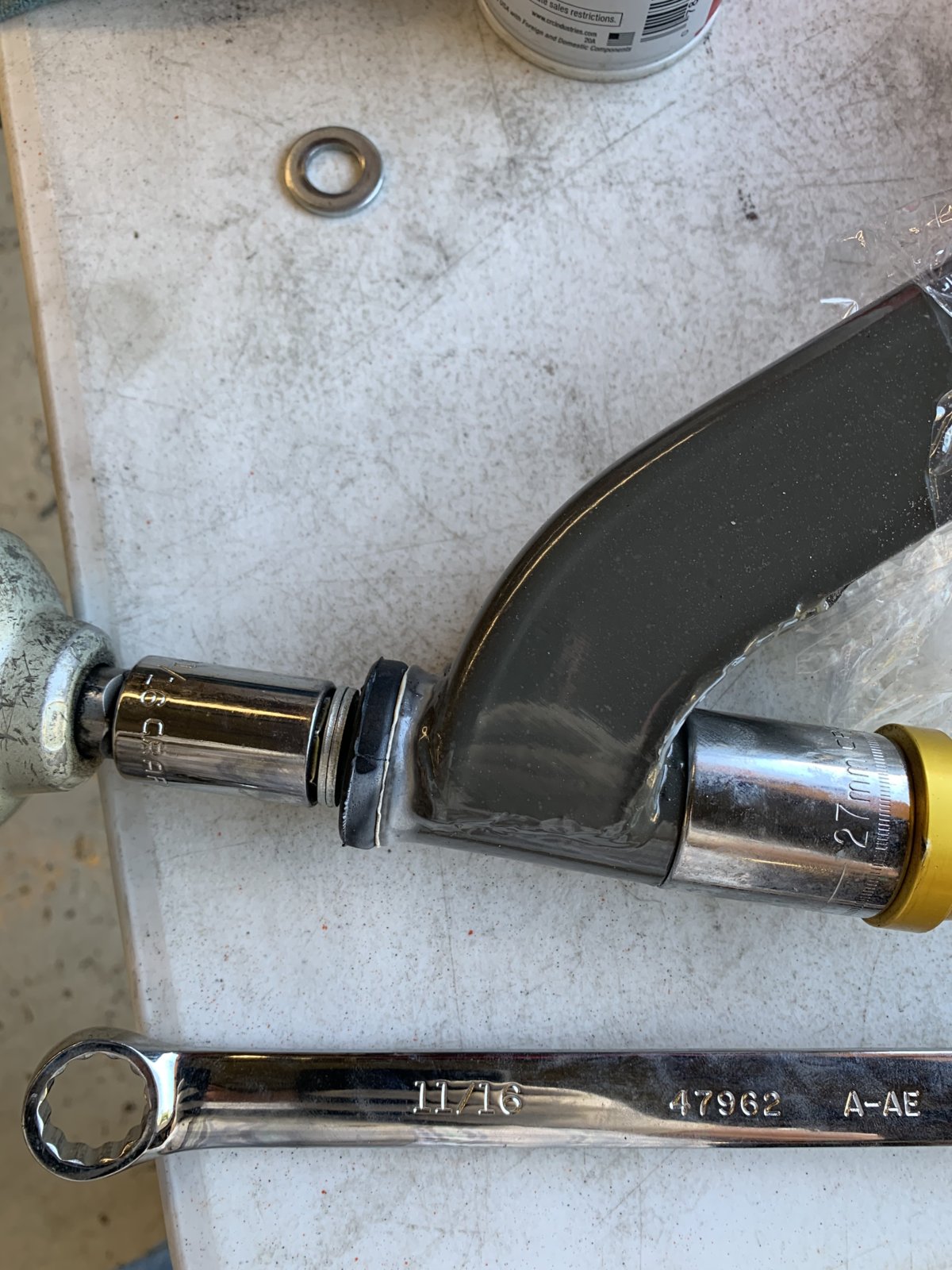 Remove the bearing tool and place the open end of the socket on the hole. The 27mm socket fits on the shoulder of the hole nicely and is large enough to fit the small end of the bushing so that it can now pop through when pressing everything together. 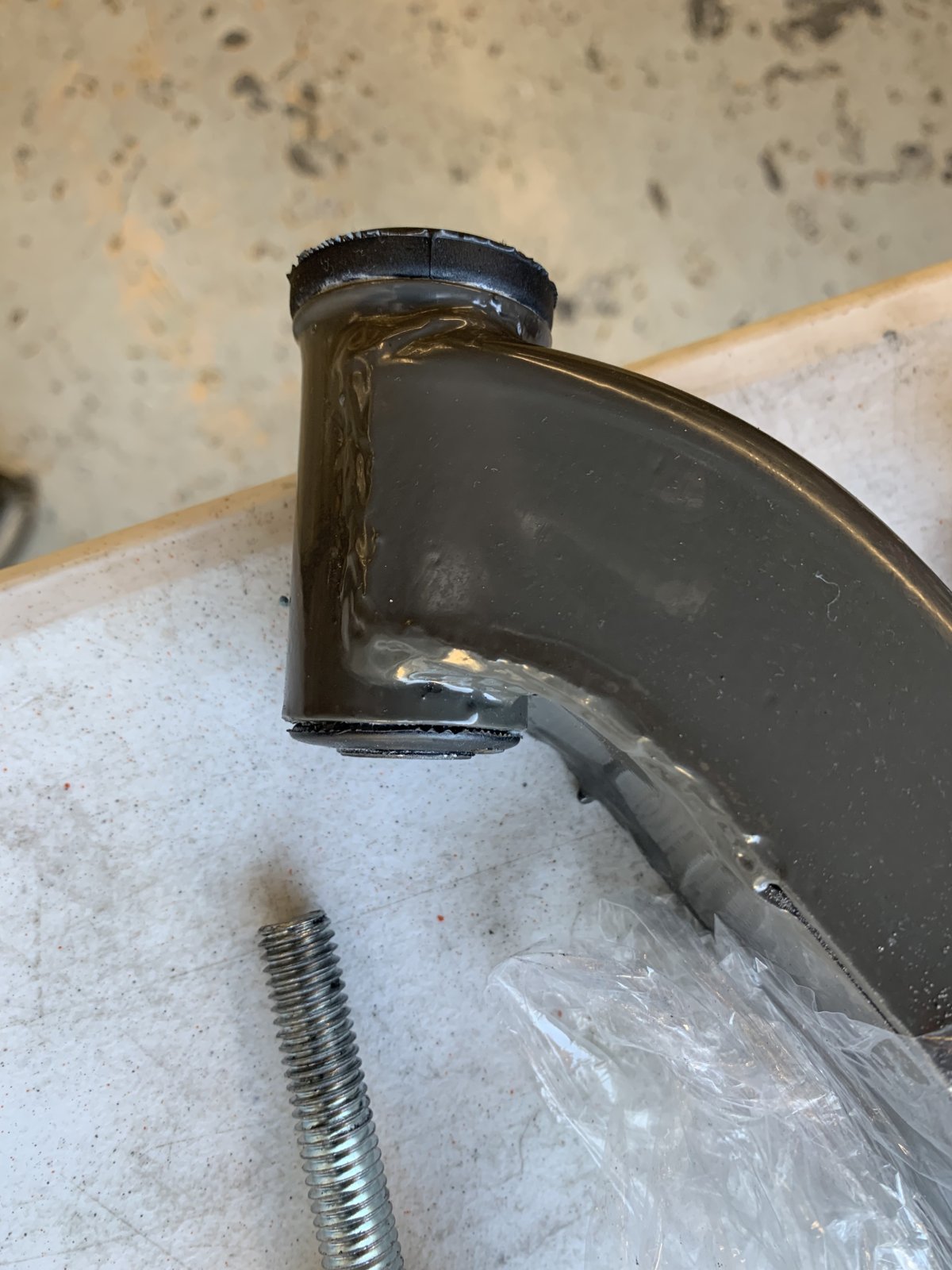 Once you have finished, clean up the grease and start on the next bushing.

It’s always good to take your time. Little tricks like leaving the bushing in the sun for an hour and also greasing the threads on the bolt help make the job easier and also protects the threads so you can reuse the bolt.

great write up! I did it the same, just used a section of pipe with an dimension that matched the pipe section on the trailing arm, i sourced it at my local scrap yard.

i cut the colour of the old one first before pressing it out. A torch does the same thing but I'm not a fan of such overkill options. 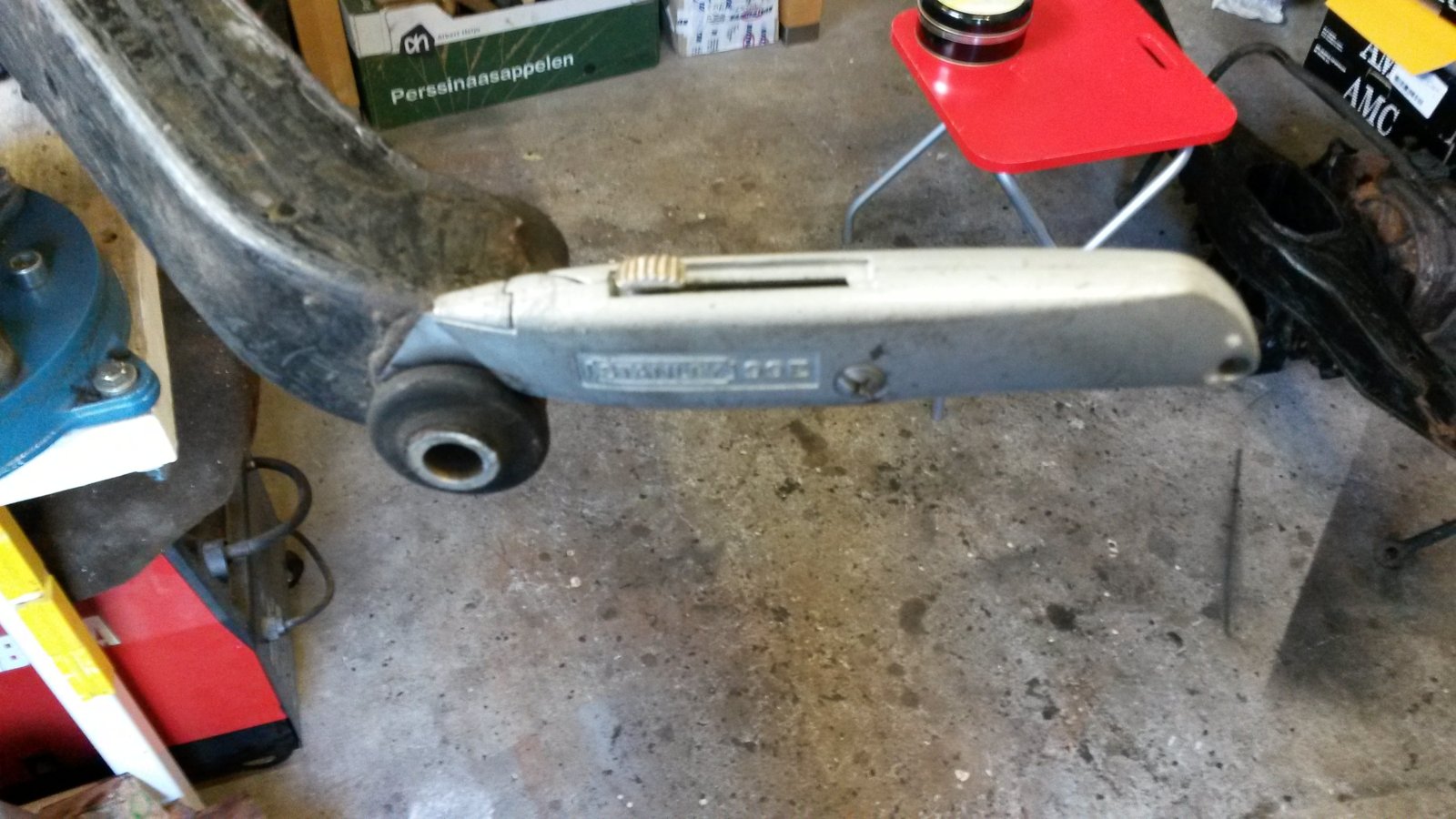 removal and installation done with this, some grease and a wrench. It's a bit more low-cost.... 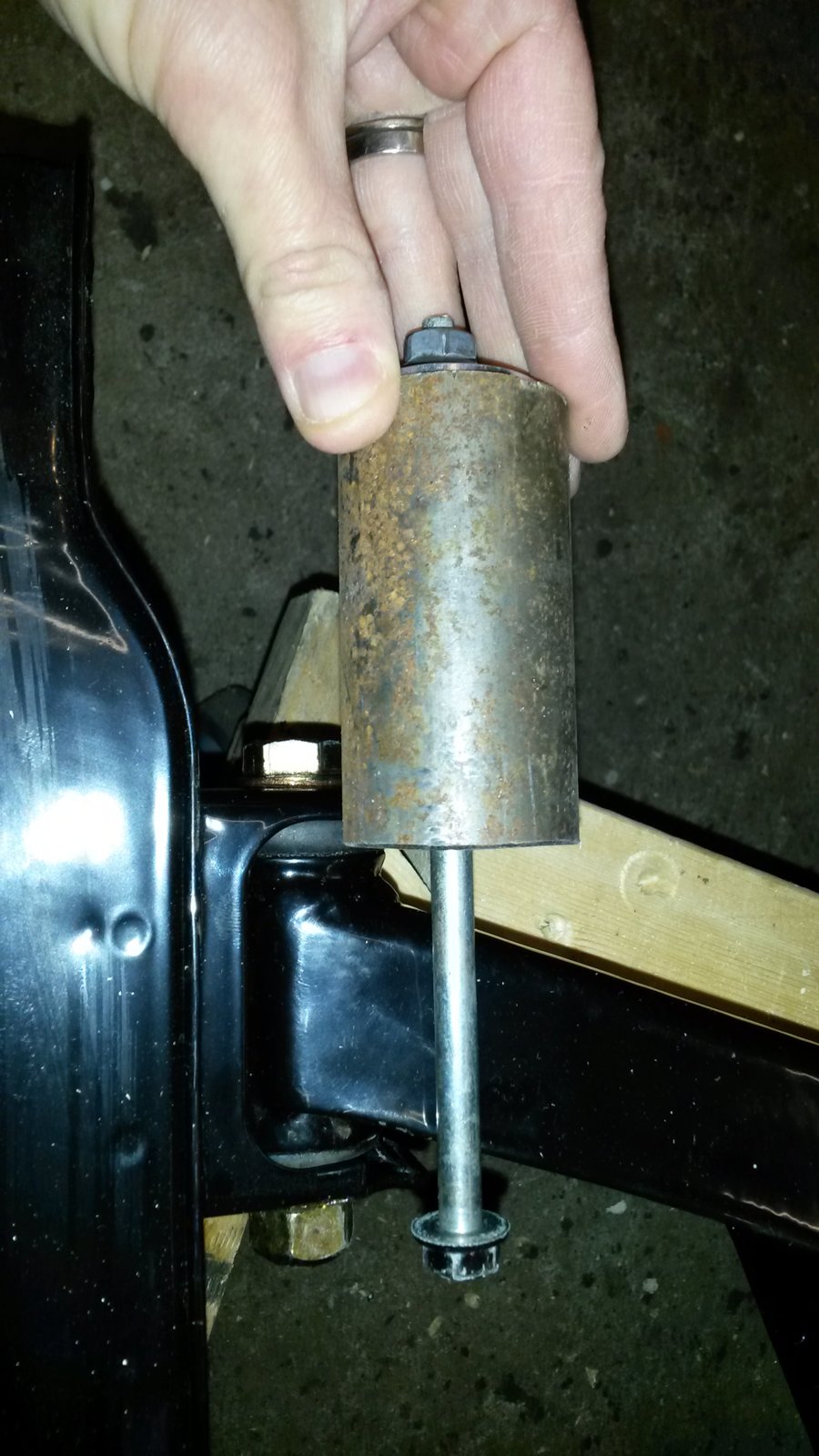 Ok, I just completed the removal and install of the bushing, now how do I get the trailing arm back into the mounts. I have not disconnected the driveshaft and I just can’t get the darn things back in. I’ve done this job on other vehicles without this much of a headache. Any suggestions?

Try a 90 degree angle and a rubber mallet.

Is the problem the width of the rubber part, being too large and not fitting between the 2 flanges? Measure it with a caliper to get a value. It should not be more then 2 mm too wide. On my car it was a snug fit as well, needing a rubber hammer to slam it in, compressing the rubber a bit. 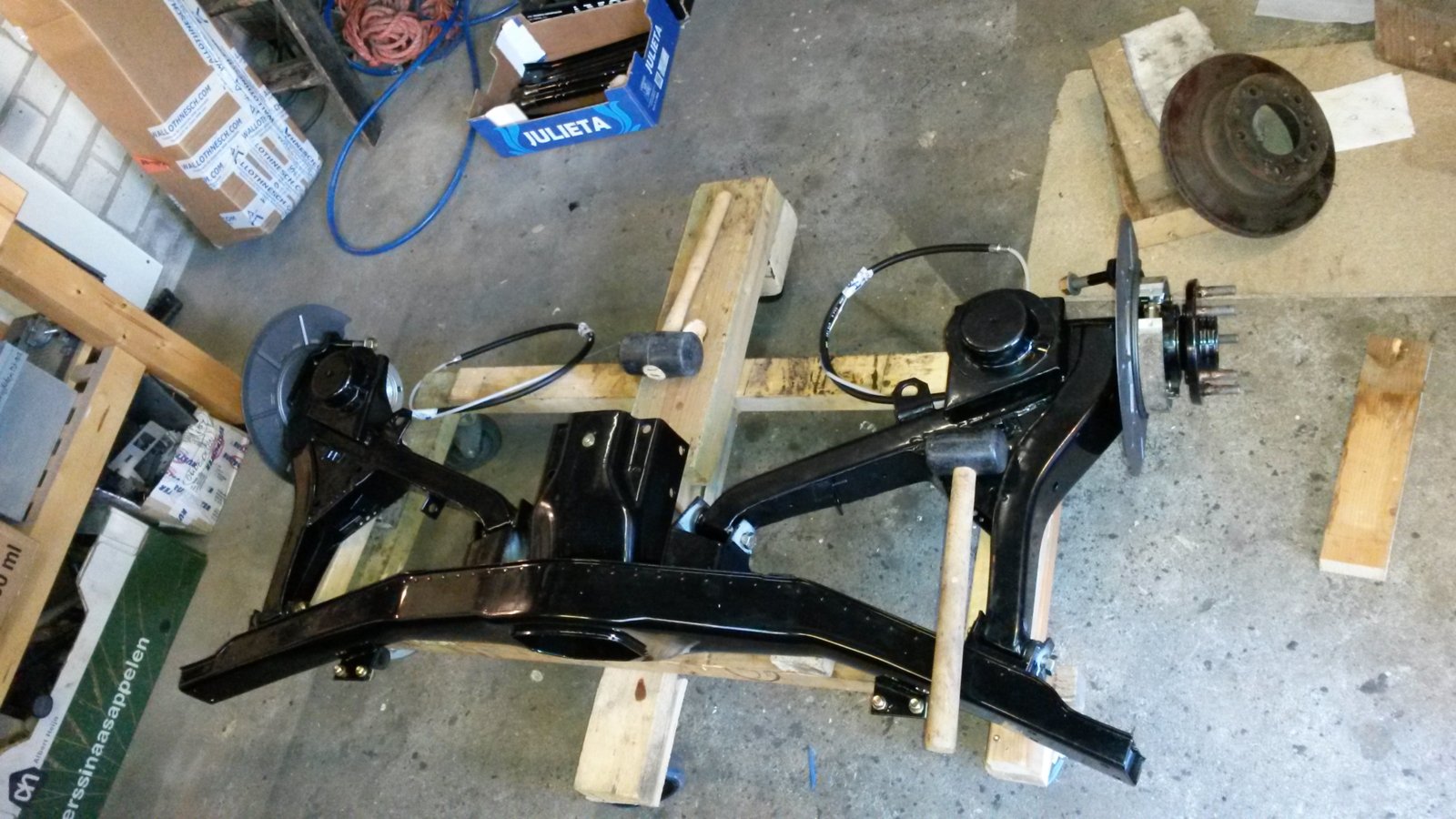 I had used the "Firstfives" site and there is a list of DIY's under "Technical FAQ". The trailing arm bushing replacement is there along with how to make the install/removal tool..........similar to Erik's.

I have a small HF bottle jack that has saved my arse many times. Use it to raise/push manipulate stuff to fit. I used it to get my arms back in place (that's trailing arms although I bet there is an orthopedic surgeon who has used one also...sterile of course).
You must log in or register to reply here.
Share:
Facebook Twitter Reddit Pinterest Tumblr WhatsApp Email Share Link
Top