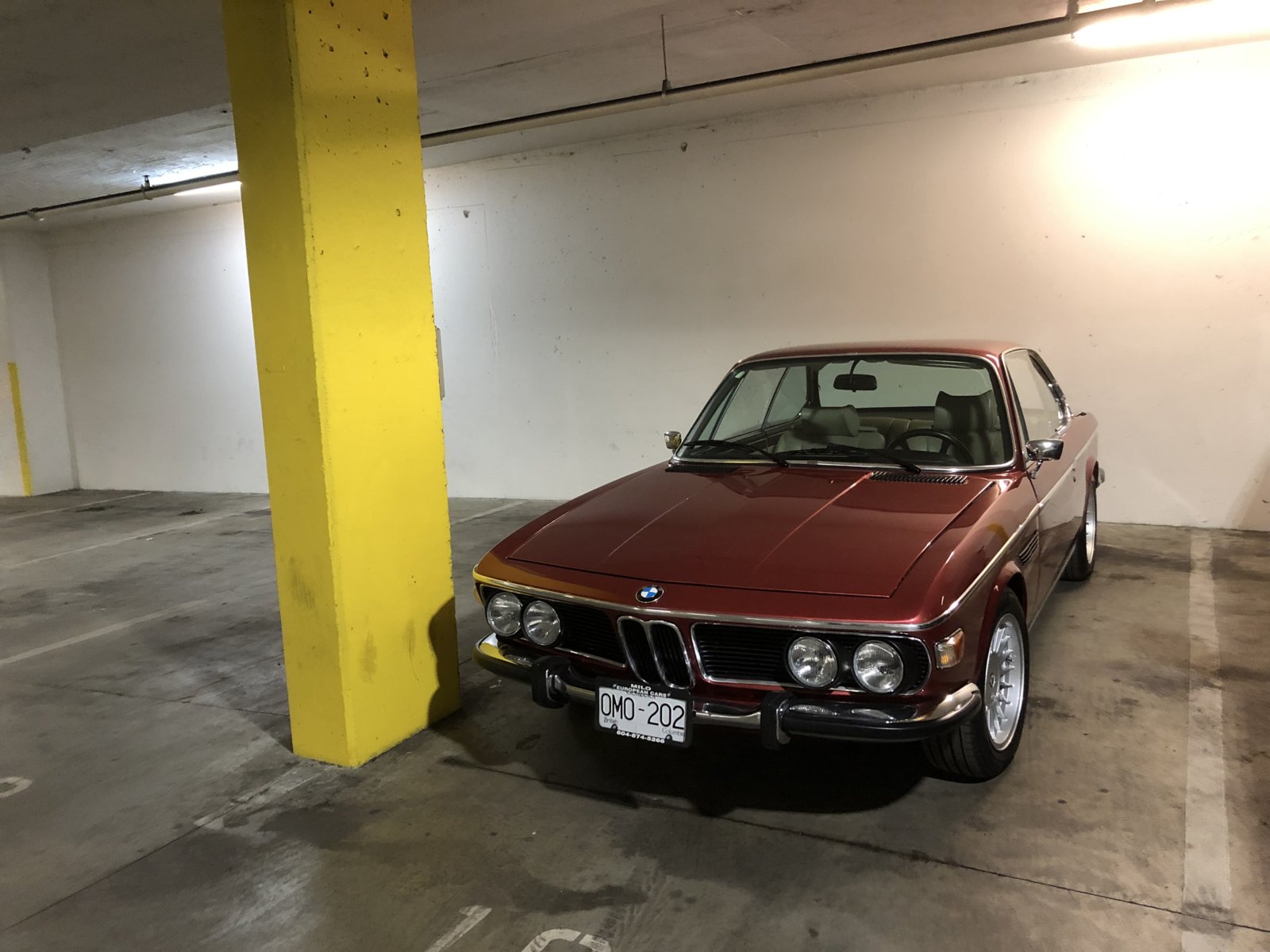 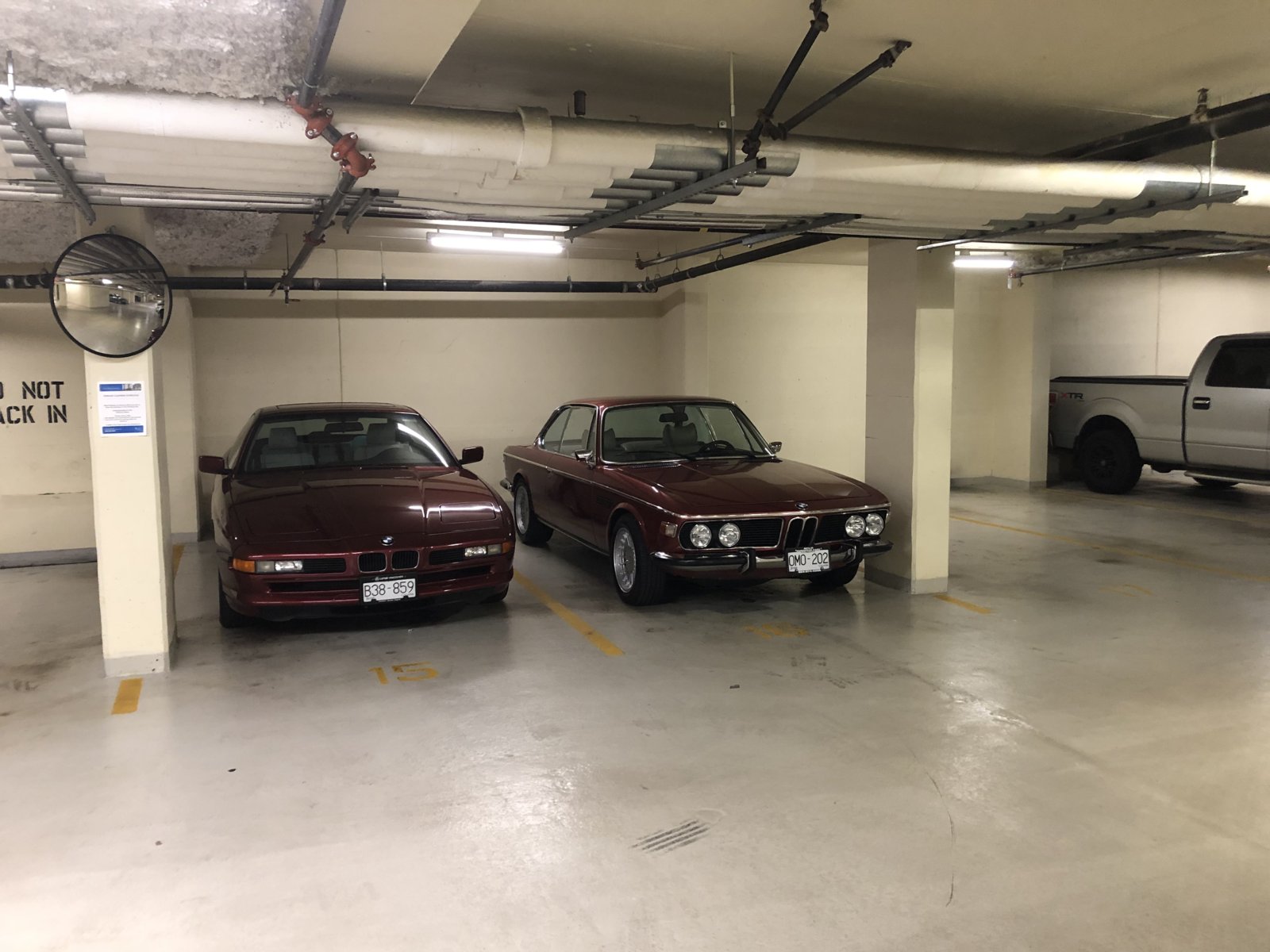 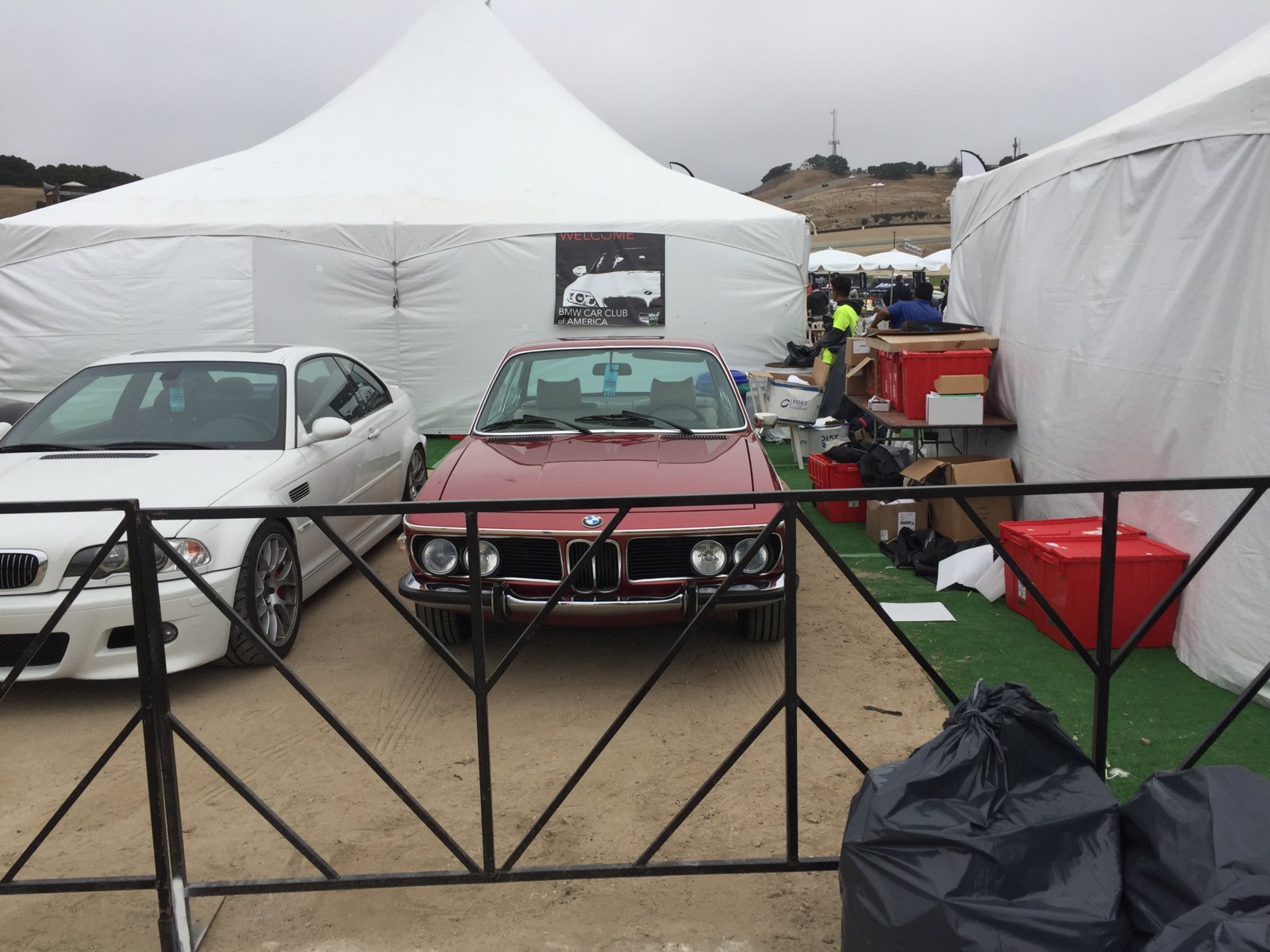 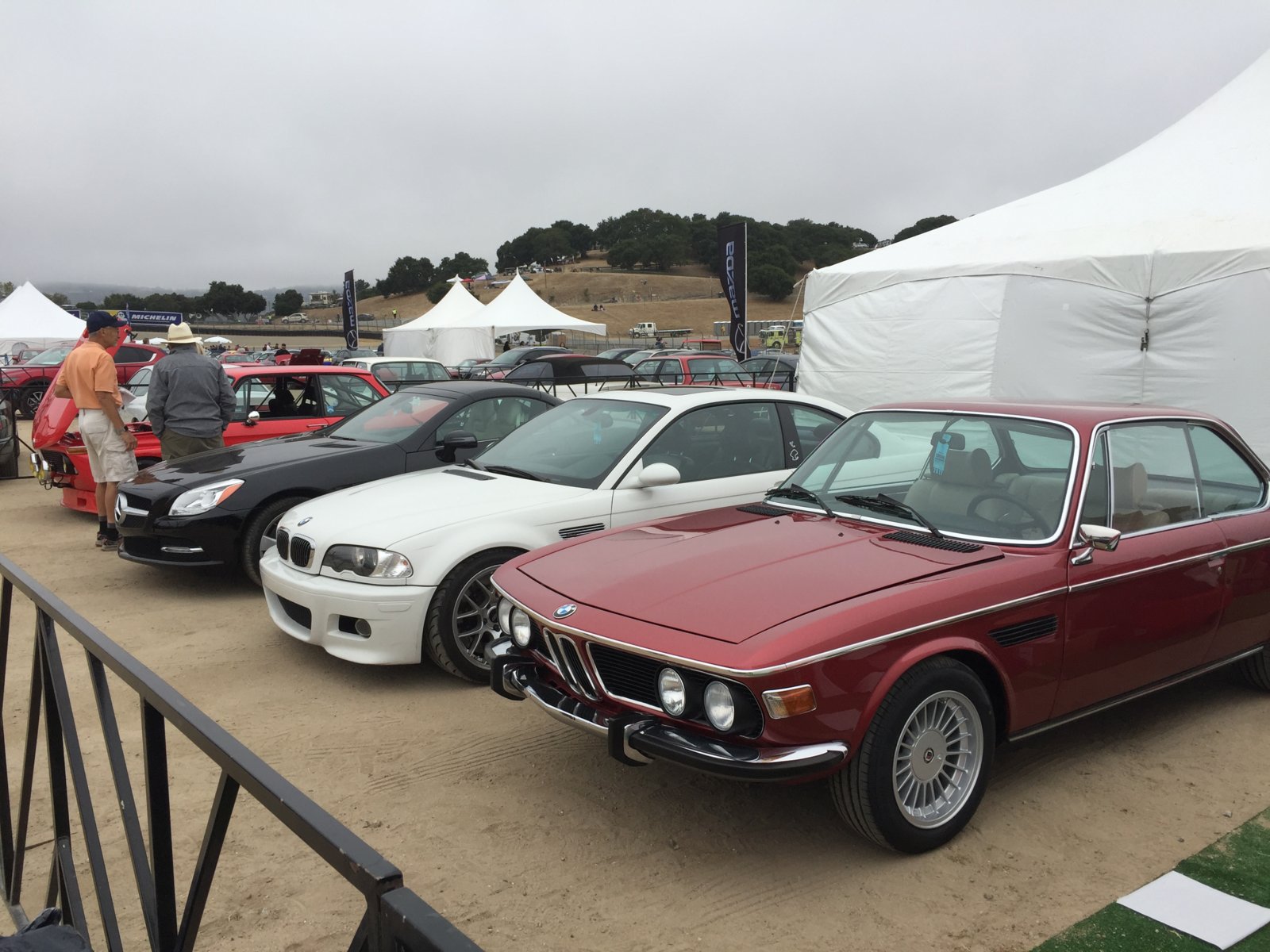 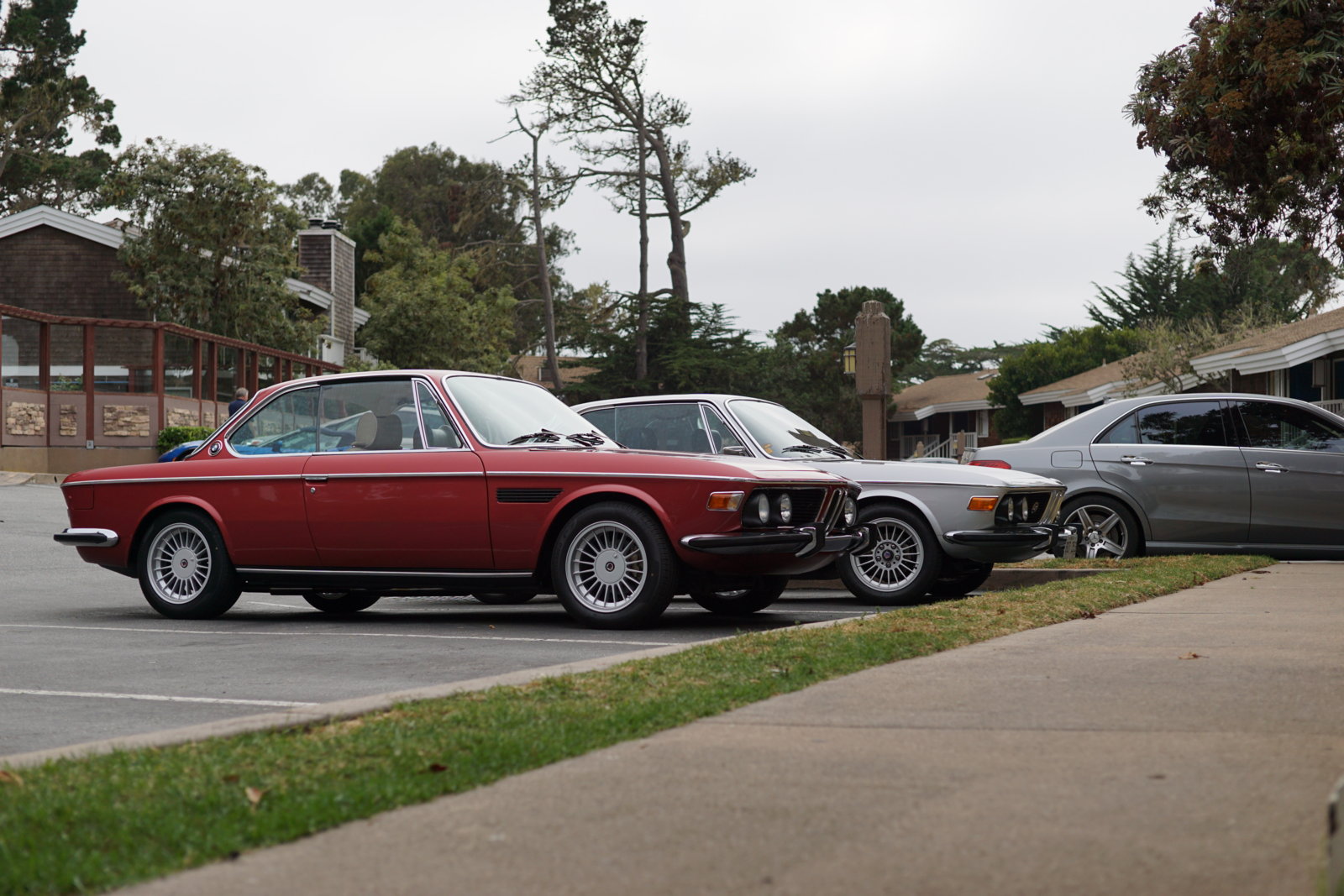 Love that color... love those wheels. 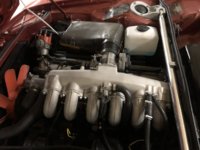 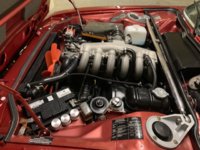 Happy to say that Mike Burger made a trip to town and worked his magic on my car. He has a wonderful eye and obviously has a world of experience. It wasn’t all work, but I am happy to say the results showed. Thanks again, Mike.

As I said it wasn’t all work. We caught Elton’s farewell tour and Mike left with a little swag for Pacific Grove!

Tone said:
As I said it wasn’t all work. We caught Elton’s farewell tour and Mike left with a little swag for Pacific Grove!
Click to expand...

Damn! I would have shown up to scrub your exhaust with my ultrasonic toothbrush.

Granatrot definitely one of those colors that bring six figures to E9s. This one would definitely!

Some more work done on tiding up the engine bay. Getting there.

Very clean. A pleasure to look at.
Is the radiator reservoir bottle metal?

The reservoir bottle shown above is metal.

A couple of new updates. My friend Ruedi and I worked on some of the electrics over the weekend. My clock was not working. I had it refurbed locally. I had been told my my mechanic he would have to pull the whole dash to reinstall it. When Mike Burger was here he had removed the clock in about 10 minutes by taking out the lower knee bloster, reaching up, twisting the clock, and pulling it down and out. We were able to reverse the process and reinstall the clock in about 15 minutes. This included changing some connectors to the clock. Ruedi is Swiss and it certainly helps having a “Swiss” handy when working on clocks!

Next we checked the rear fog light button and realized it worked but wouldn’t hold. A new one is on order and will be a quick fix.

Finally we looked for the rear window defogger. We had the manual out, checked the wiring diagram, looked at the wiring under the dash. No sign. Drove us nuts! Then I had the common sense to reach to Terry Conners. Problem solved. Turns out 74/75s do not have a standard defogger switch. The manual does not appear to have been updated, (I have the original manual in the car). The switch is located to the left of the shifter. All good, thanks to Mike, Terry and Ruedi.

Not exactly E9 photos but worthy I think. I drove back to Vancouver Canada from San Diego last week. Along the way I was able to meet up with 3 of my favourite people, Carl Nelson, Mike Sheehan, and Mike Burger. Carl was busy as can be, but was kind enough to spend some time, in the SoCal BMW E9/2002 Mecca! 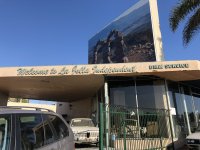 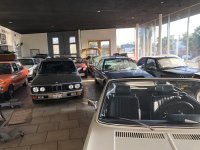 Next I headed north to Newport Beach where Mike Sheehan has his Ferrari brokerage business. For those of you who don’t know Mike, He left Vancouver as a young man, and ended up in the car business in Orange. Aside from running a successful company, he writes for Ferrarichat and a variety of other magazines. He probably has the deepest data base on Ferraris due to his being in the business since the early 70s. Another prince of a guy. https://ferraris-online.com . Even our Corgi, Eloise had fun! 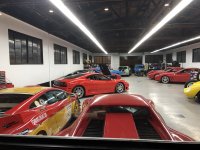 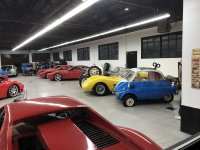 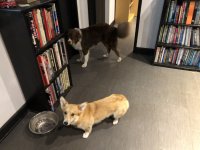 Finally ended up at Mike Burger’s in Pacific Grove. Spent a wonderful evening with Mike and his wife Susan. Sorry no pictures. Then it was onward and back to Canada. Unfortunately couldn’t catch up with a variety of other wonderful E9ers, but time didn’t permit. A great drive back.

It’s the little things in life that add up. Thank you to Keshav for pointing out several engine details, such as the missing diagnostic 9pin cover, and where to source it. 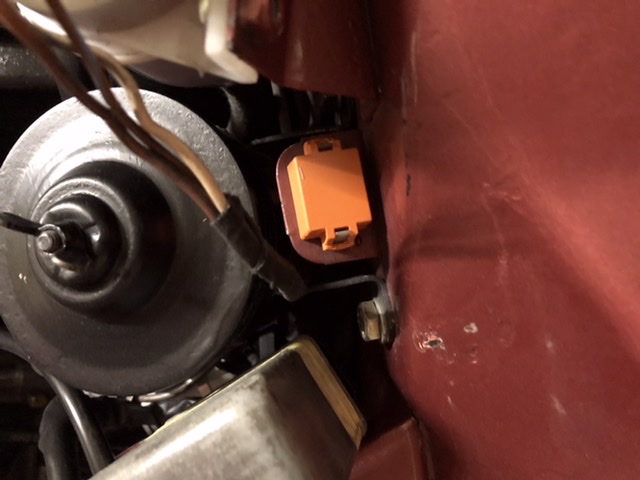 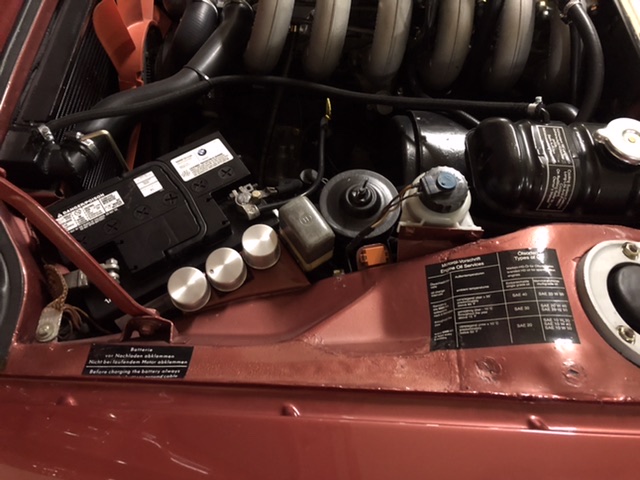 The other interesting thing I’ve been finding is some of the subtle/unique differences with my 74 build/75 Italian delivery. Driver’s door switch is to be a two, not a single prong switch, which allows not only the interior light to turn on, but also one can lower the windows, when the door is open. Also my car came with a snorkel to the airbox. The snorkel is plastic and is not to be painted. Again thanks to Mike Burger and Terry Connors. We are all lucky to have such a supportive group. Finally like my 850i my car came with the flashlight in the fuse box. My buddy, Ruedi, the electrical wizard, with be working on getting those items up to speed. 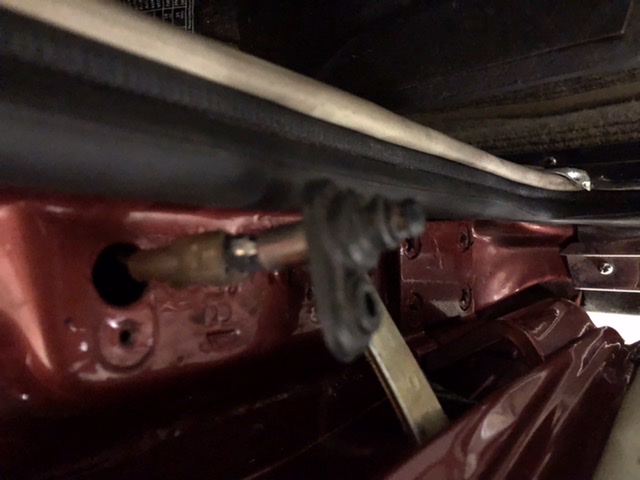 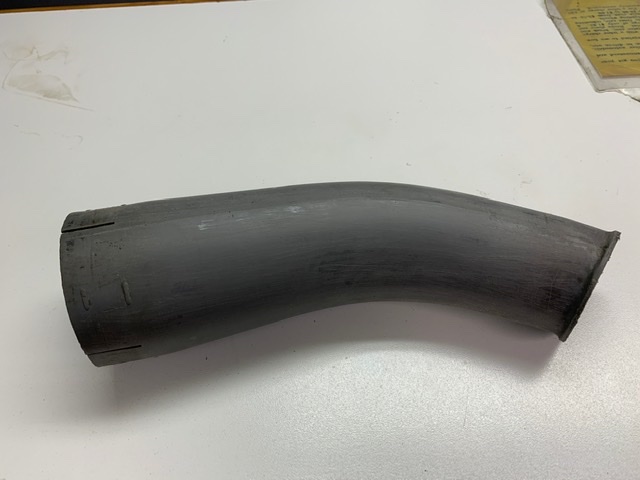 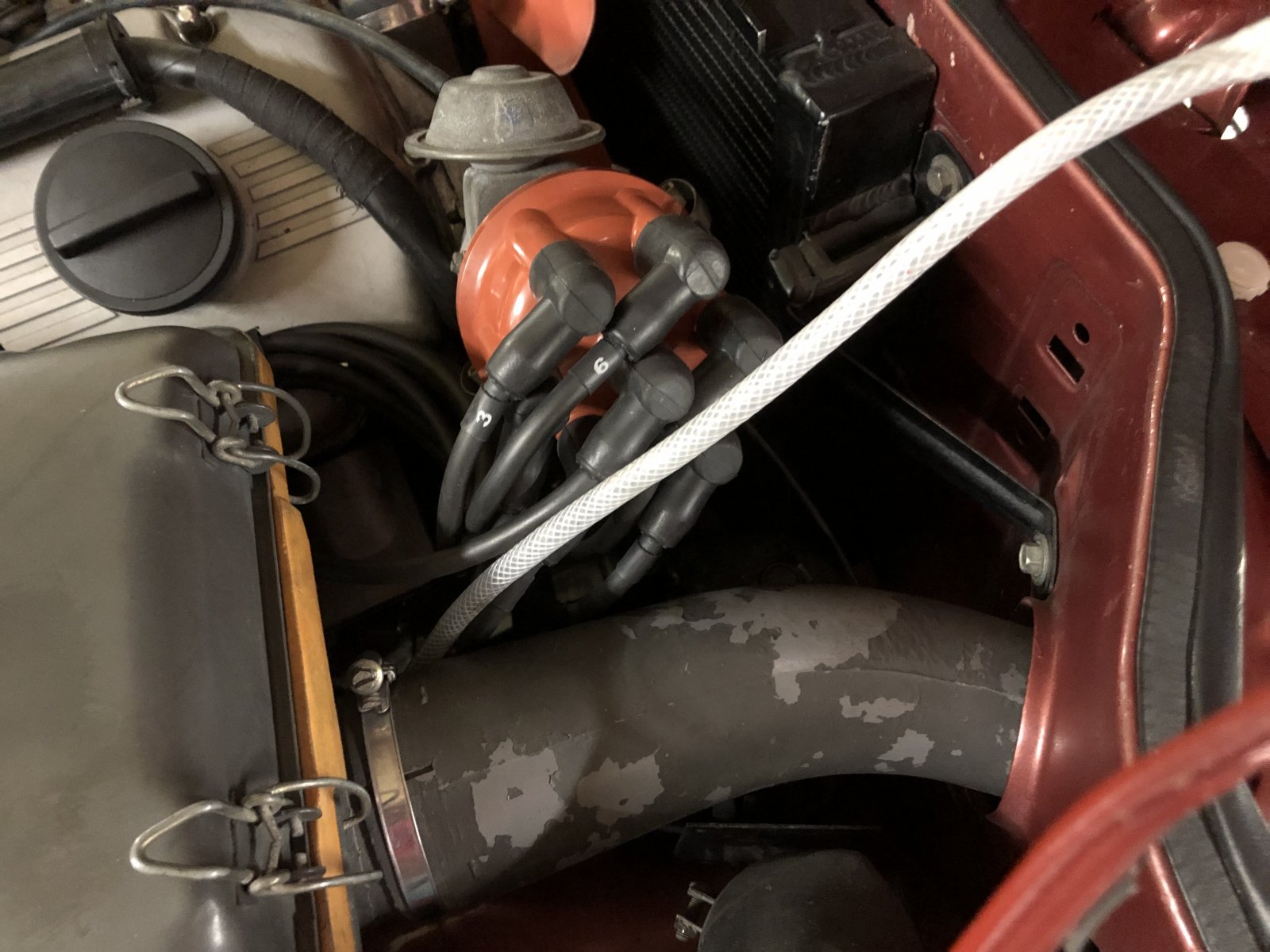 The flashlight is now available new.
I’ll forward an email explaining where to buy in Germany.
Car is a beauty!

Again part of the joy is finding the “little” pieces that add up. Carl had the plastic covers. Also happy the rear of car lights up like a Christmas tree. 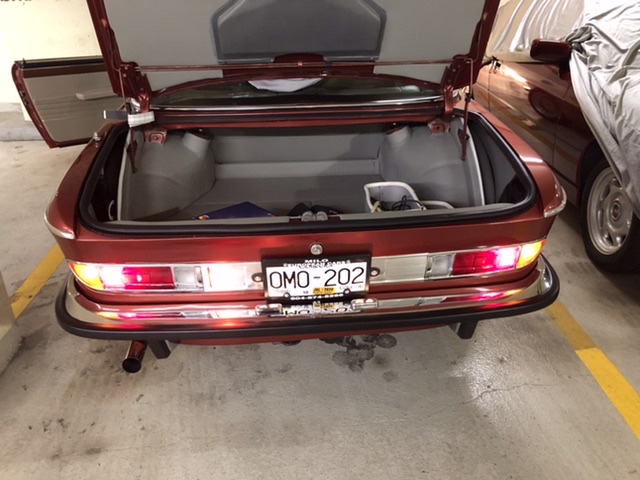 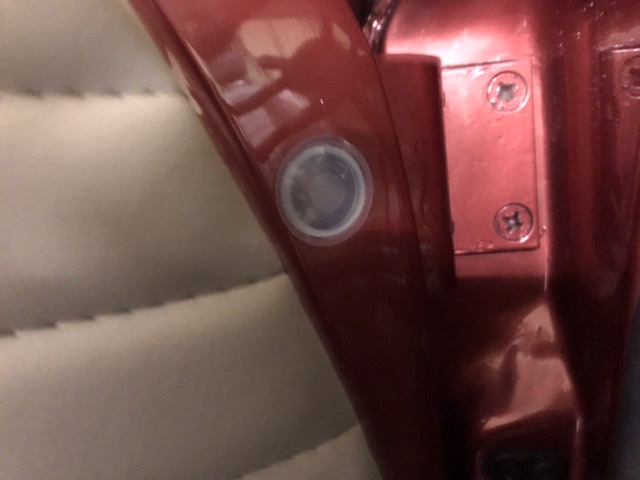 I trust people are doing OK during this time. None of us have lived through a “pandemic” before. Prayers with everyone to come out safely.

As I am spending a lot of time by myself, ( I am working from home ), I have done a few more items on the CSi. First, thanks to supplies from Don L, I replaced the nuts on the shock towers with the correct acorn nuts. Next I put the a cleaned up snorkel back in and reconnected it to the air box. Turns out the late 74/75CSis came with a snorkel to the air intake/air box. Finally, added the correct spare tyre tie down. Unfortunately I still need to source a proper wing nut, but a M8 will have to do the job for now. Today will wax the car. Next on the to do list is add a rear sway bar. My build Oct 74 did not come with one.

Best wishes to the group and stay safe. Tim. 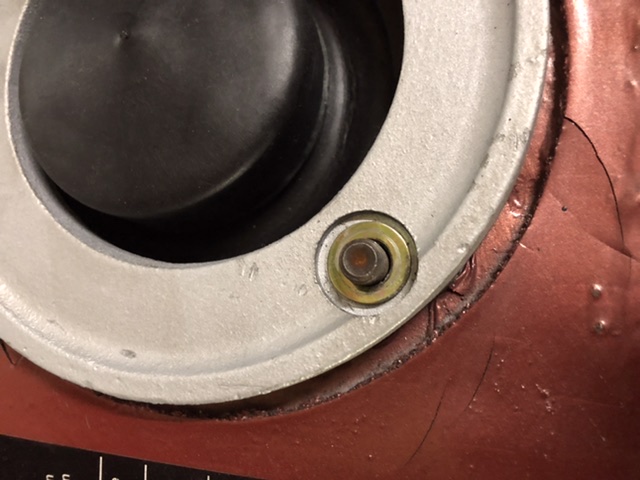 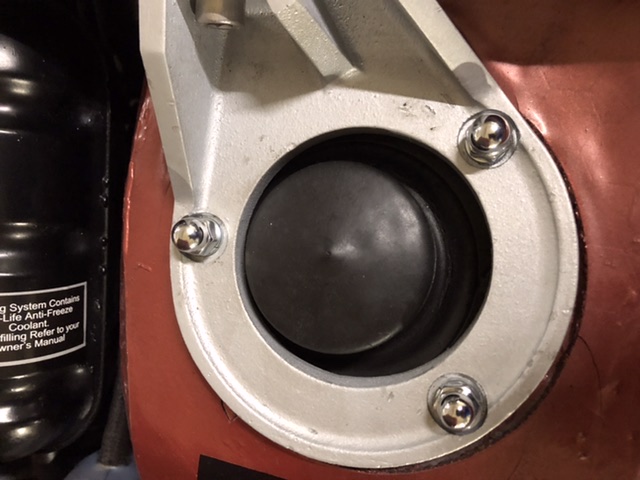 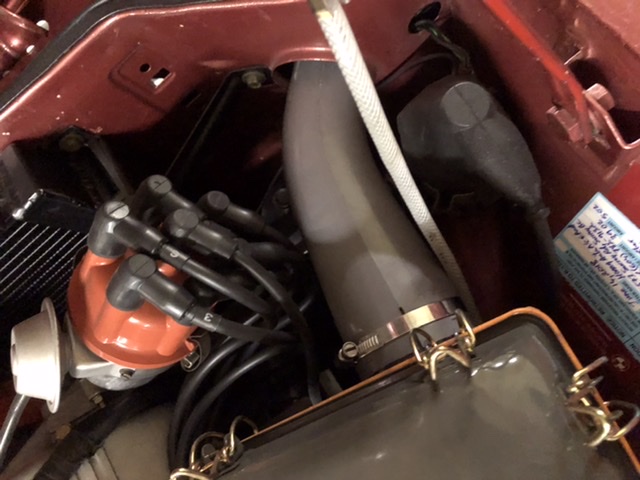 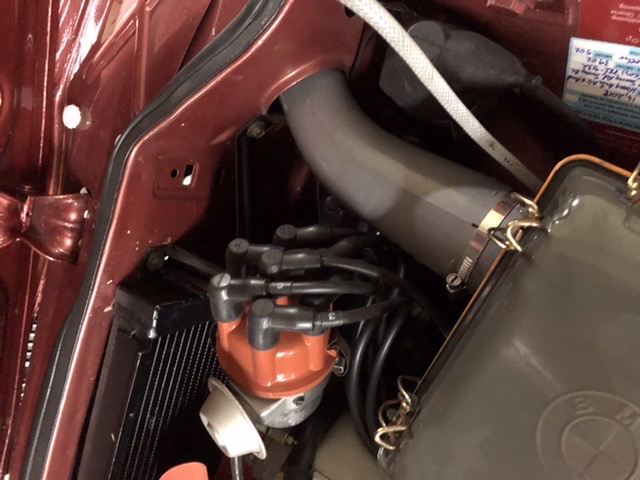 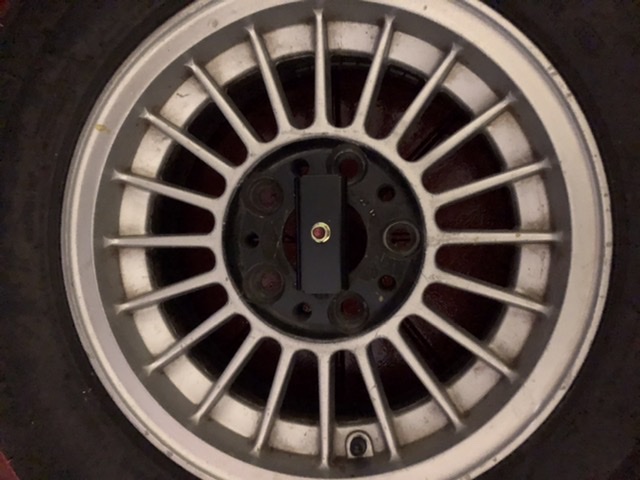 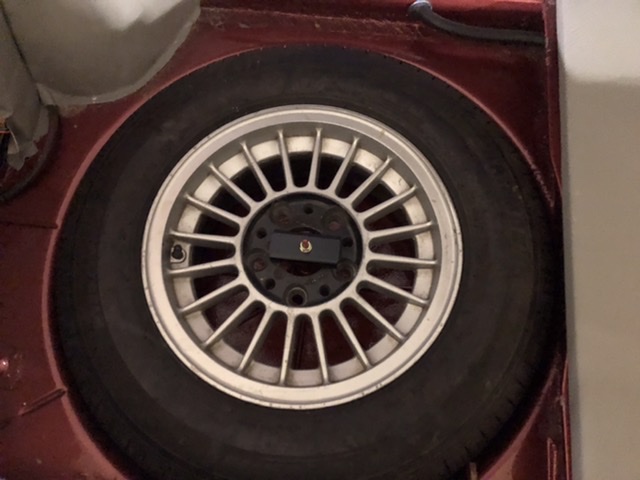 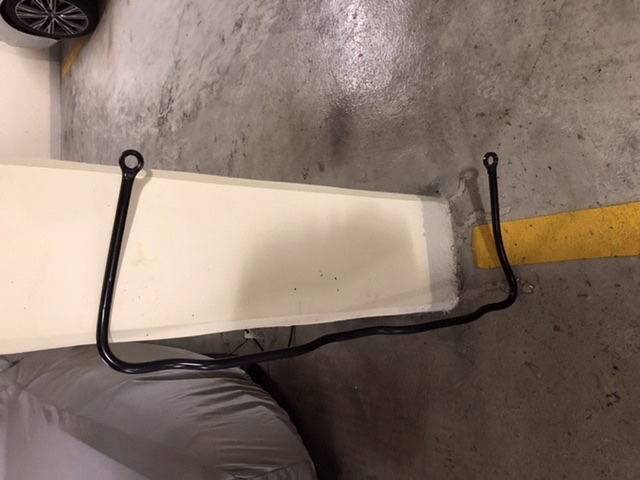 Tim, The spare was held down by a lug nut. And M8 should be way too small.

looking quite beautiful ... love the color

Tim--One of your photos showed what looked like a machined satin oil filler cap. Then another pic had the regular black cap on the valve cover. Do you know where I can get a satin oil cap? My car is getting a Turkis paint job. The engine valve cover has a satin black finish with all of the raised letters satin Aluminum. Thanks, Drew