At the local Cars and Coffee 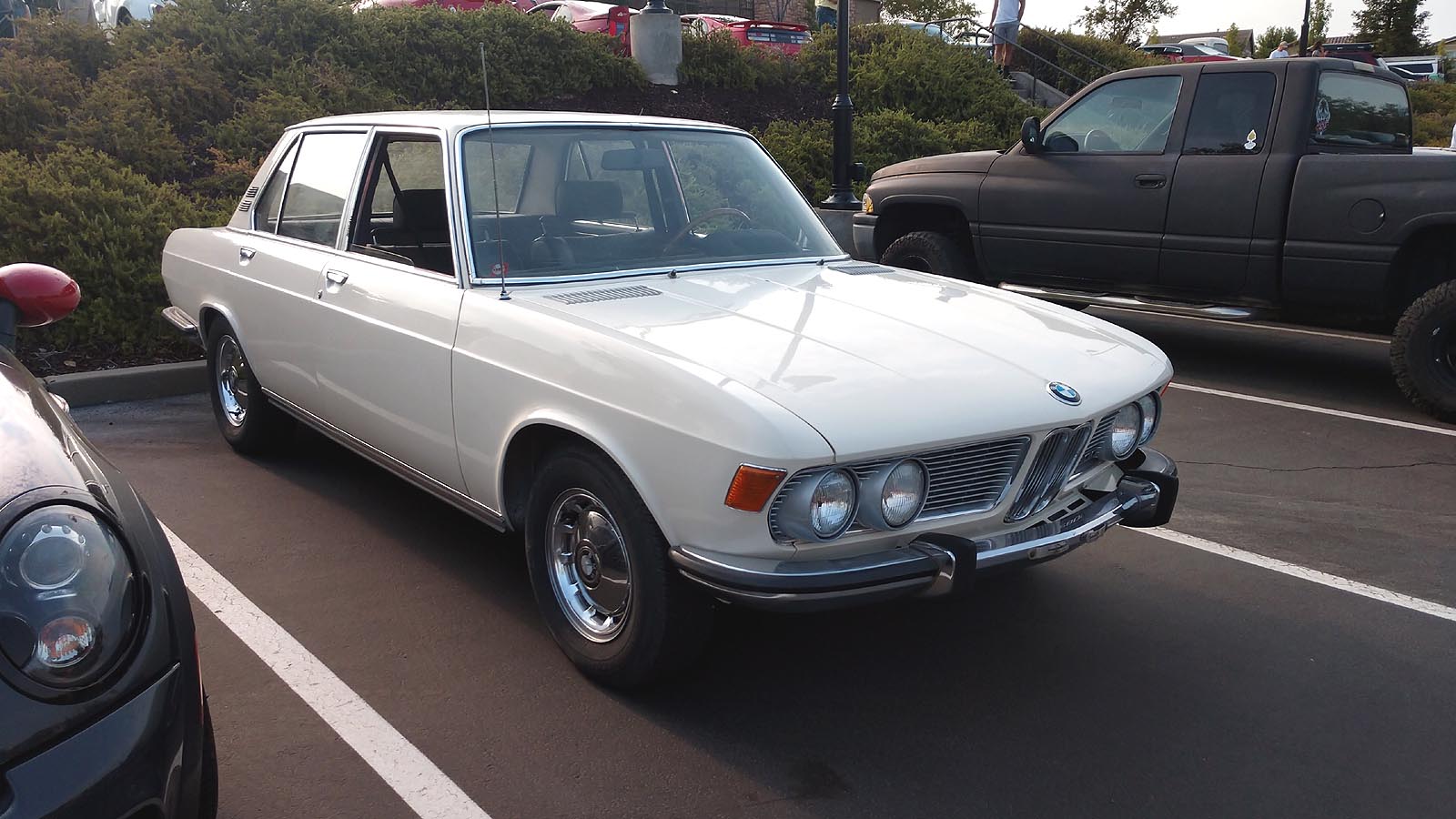 looking great Dang ... not sure that i have ever seen a chamonix e3 ... i like it. please share a few more.

Where and when was/is this CnC?

Rocklin C&C is the second Saturday of every month. Google it for a map...

Lincoln has their car show next week..
C

Just wow. What a great-looking 1st series E3. Are there more pictures of her?


rsporsche said:
not sure that i have ever seen a chamonix e3
Click to expand...

On 1st series E3 Chamonix was by far the most popular colour. The E3-Club's registry lists 29 white cars, sample of 90 with known original colour. Overall the most common colours likely were Polaris, Chamonix, and Fjord, in that order, which to date account for about 40 % of all E3 with known orig. colour. Sample size is only 762, inductive inference, always risky.
Notes:
In Germany and other European countries white generally was very fashionable during the late 60s/early 70s.
With the start of the 3rd series (73/late summer) Chamonix suddenly became quite rare.
On the USA versions Chamonix seems to have been a colour amongst others, neither rare nor overly loved.

I said it out loud and I'll type it here: Wow!
Great job!

Here's one I found on the C&C facebook page... 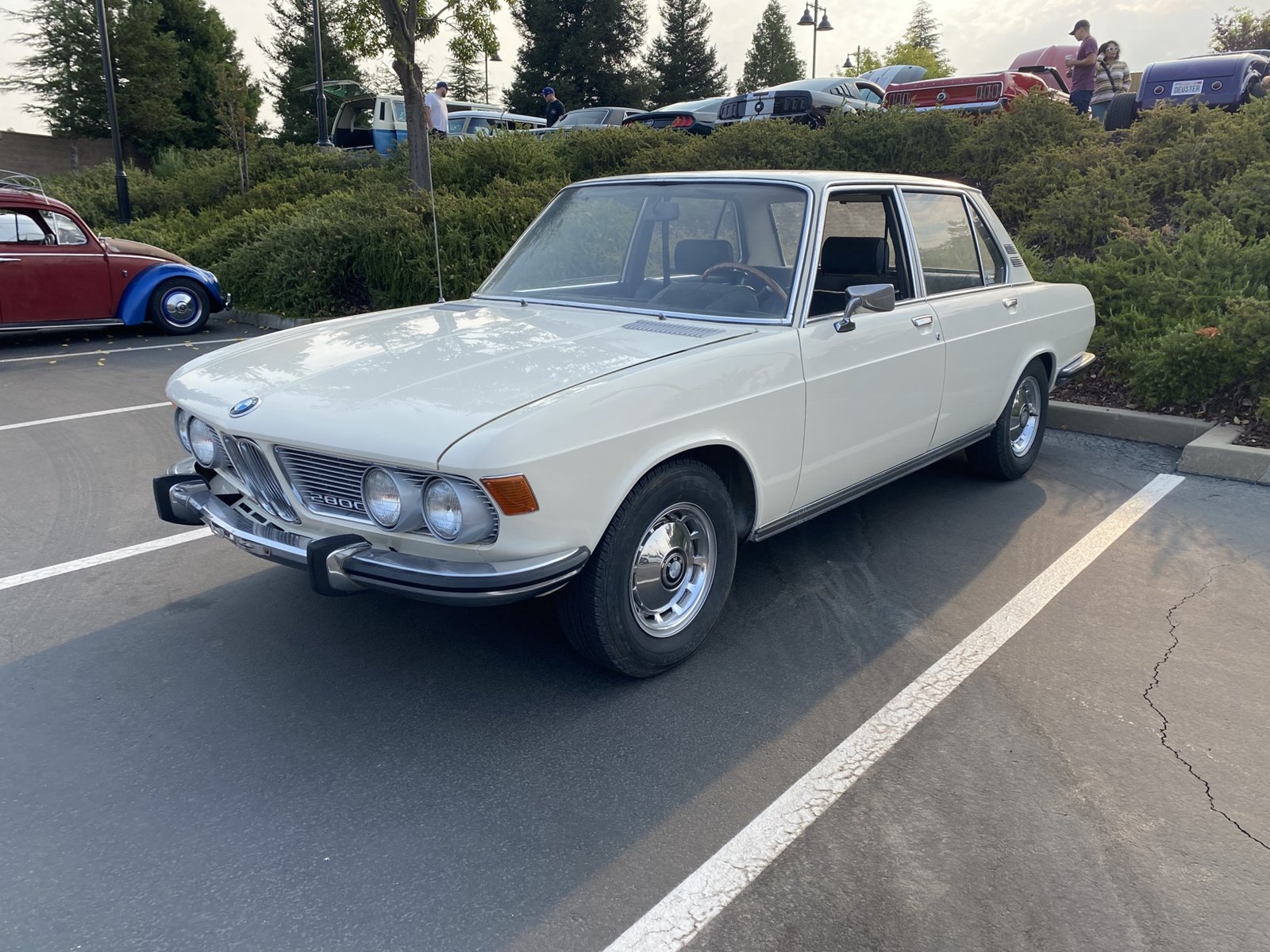 Scott, white on a 911 looks amazing. It does on every good design. e.g. the M3 E30. Apart from that, my battered E34 is Alpinweiß II (some neighbours doubt it), the 1971 Opel Commodore that went before was Arktisweiß. Had to learn to love it, though.

Valuable information about the fleet cars, that was news to me. I guess your history of car colours was much different from at least Germany. In America, it seems there were lots of bright or pastel colours for a long time. We had black, then grey and beige appeared. In the late 60s people had it and wanted something nicer but not flashy: white. After that, the "Schockfarben" (shock colours) came over from the USA, followed by less loud metallic colours, and then black, black or black.

Polaris and Fjord seem well appreciated everywhere, they suit both of the big BMW of the time. Is it possible there also were quite a few cars in Sahara in America?

An anecdote, if I may: In 1960, my grandfather bought a new Opel Rekord in bright red with a white roof. It was probably the only one in a town best described as "German Pittsburgh". It was not a wise choice, but he loved red, he even loved cleaning the car. And he didn't mind most of the neighbours calling his Rekord a fire engine. Usually, red and yellow cars were for movie stars and the likes. I only know of one other family who had red cars then. They ran a driving school, still do, and wanted something everyone noticed.
You must log in or register to reply here.
Share:
Facebook Twitter Reddit Pinterest Tumblr WhatsApp Email Share Link
Top