Took the fuel tank out today as another step in putting my CSi back on the road reliably. I had spotted some rust in it and didn't know what the extent of it is. I've had diesel engines off shore totally self destruct their fuel systems from crap in the fuel tank. Had to rebuild everything from the fuel tank to the injectors. Didn't want this to happen to my New-To-You-'72!

Took out all the stuff from the trunk 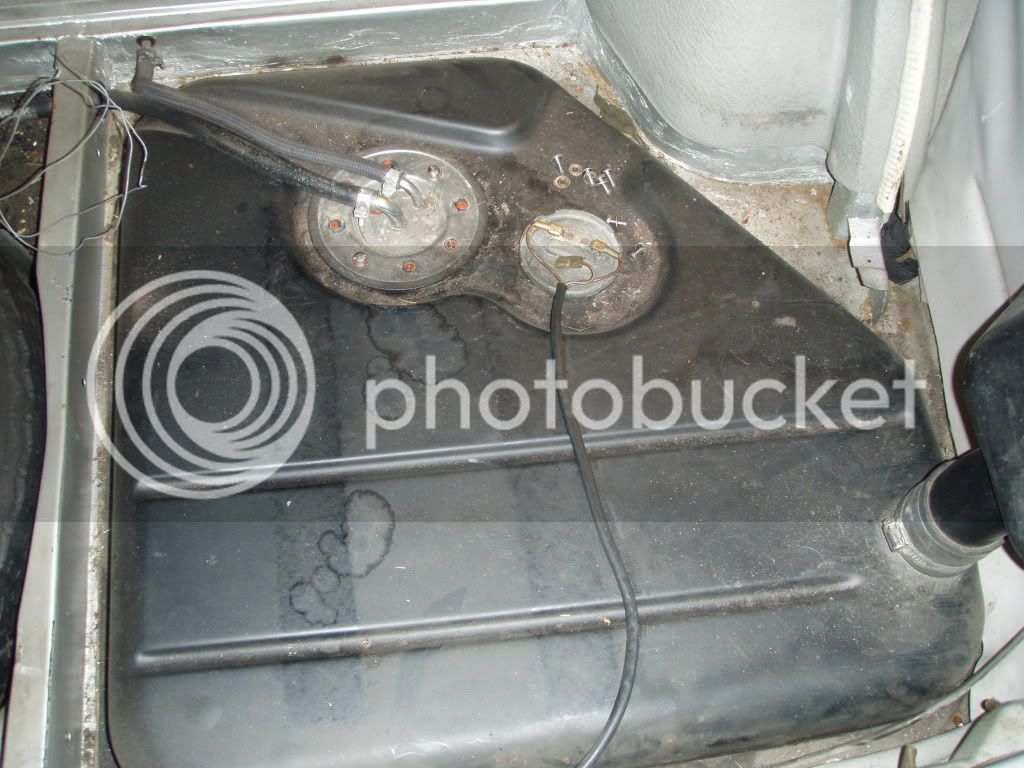 I labled the three wires that go to the level sensor as they are all brown-ish.

Next, I disconnected the filler neck. Kinda cool, the whole section is made of flexable rubber. Looks like the PO may have had a hole! 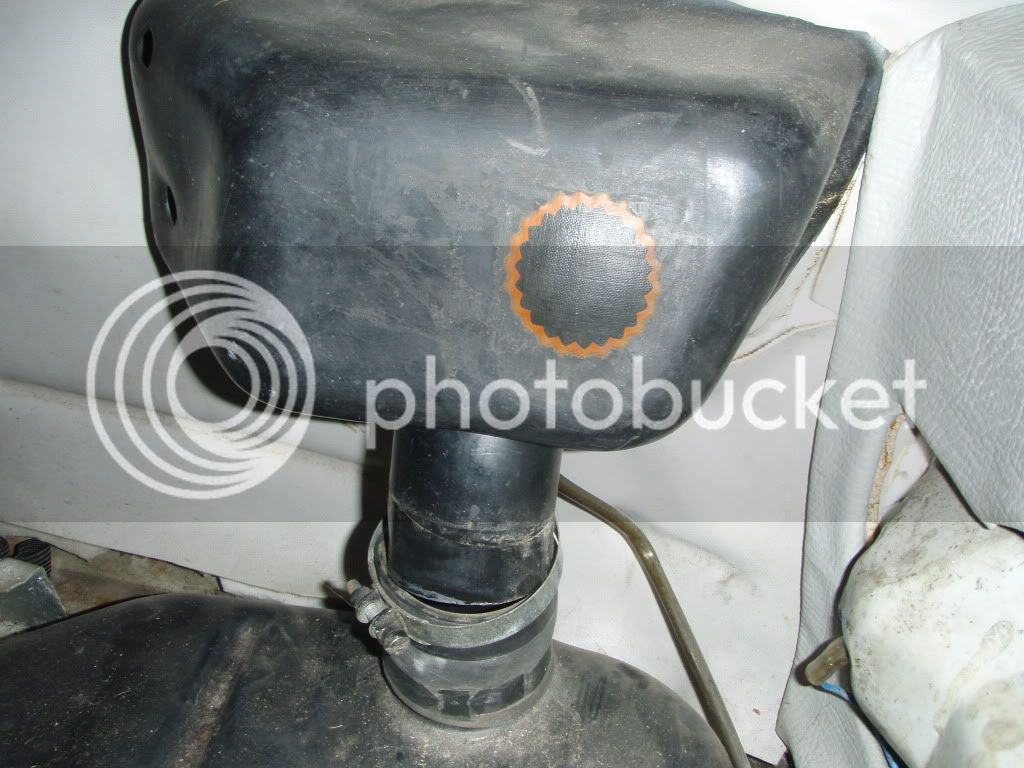 I remove the five retaining bolts. 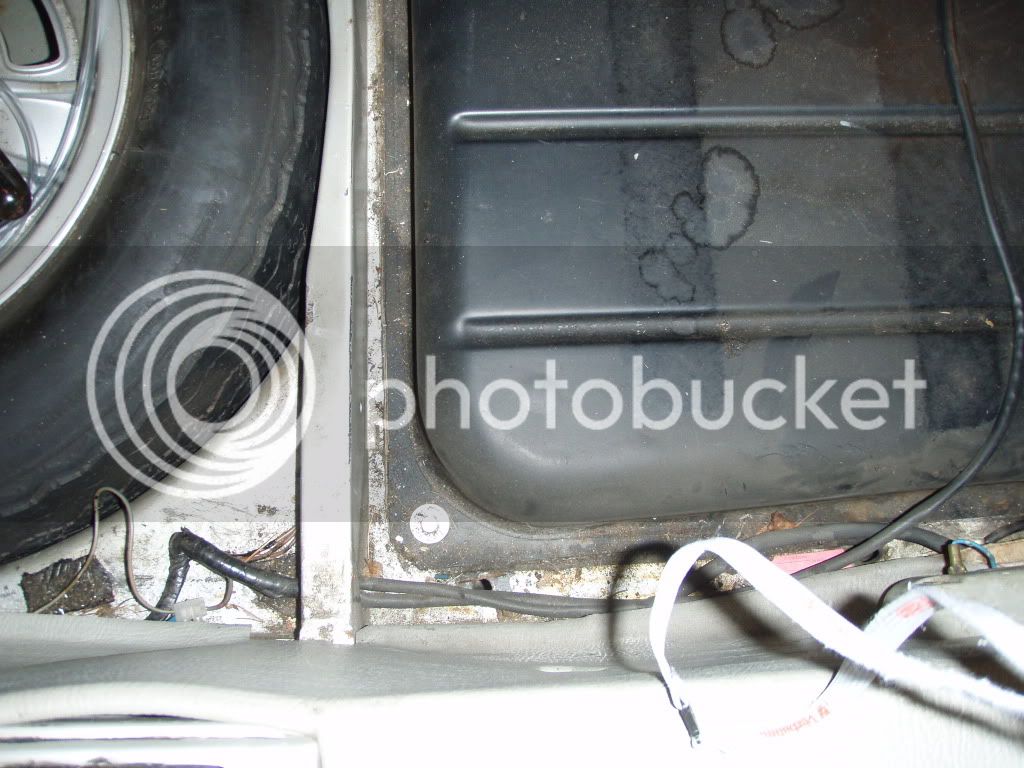 There appeared to be some sort of adhesive sealing the tank into the base of the trunk. So I set up my floor jack with a piece of plywood to distribute the load and GENTLY jacked up the tank to release it from the trunk. 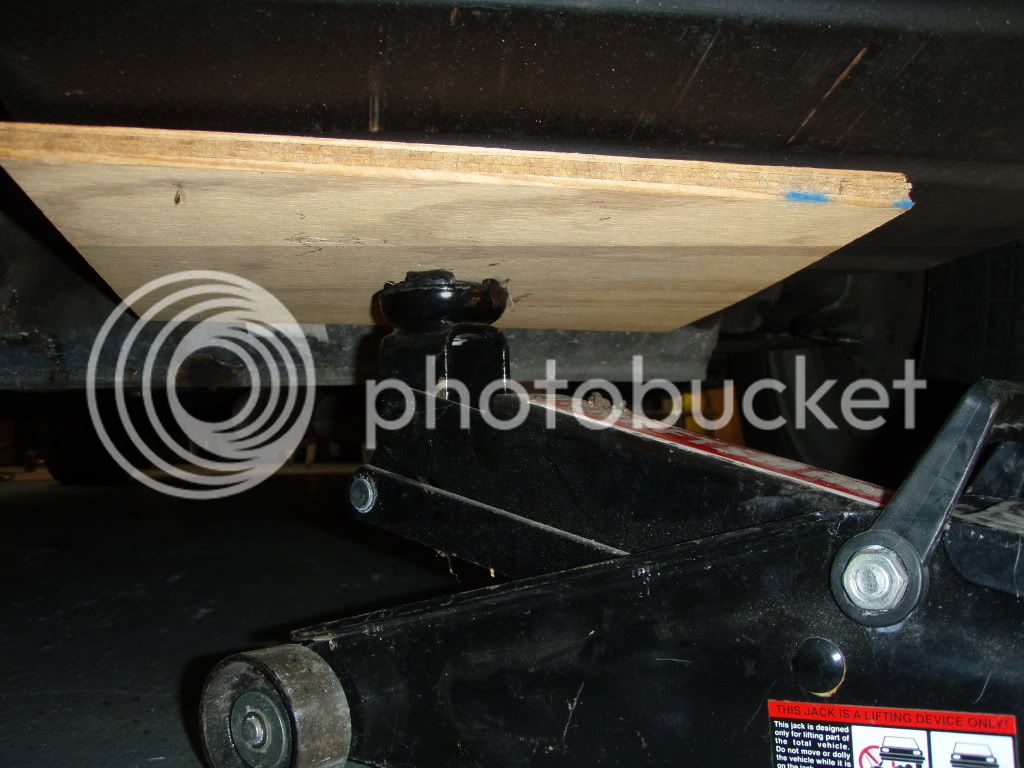 This allowed me enough space to get my fingers in underneath and pull it up and out. 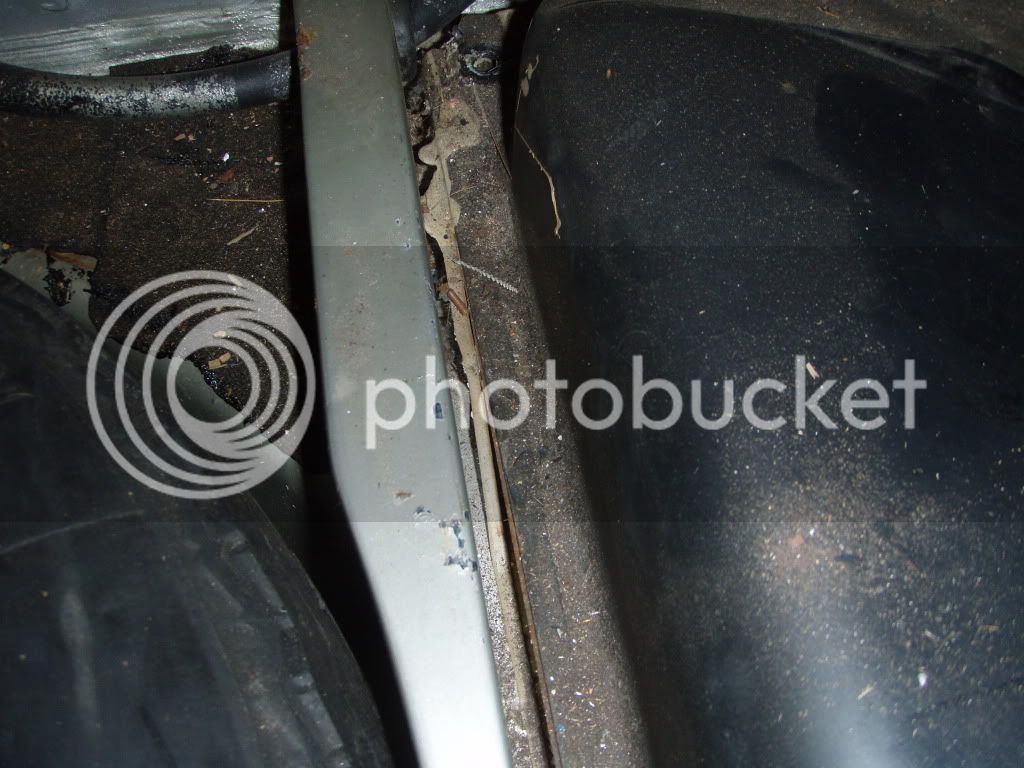 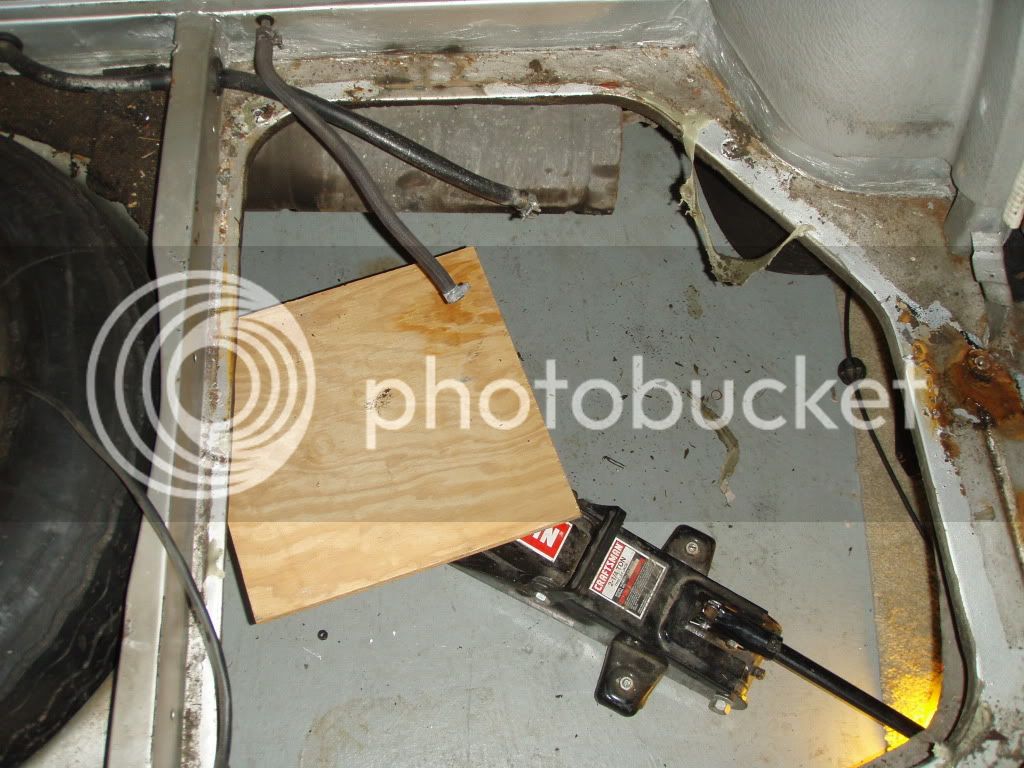 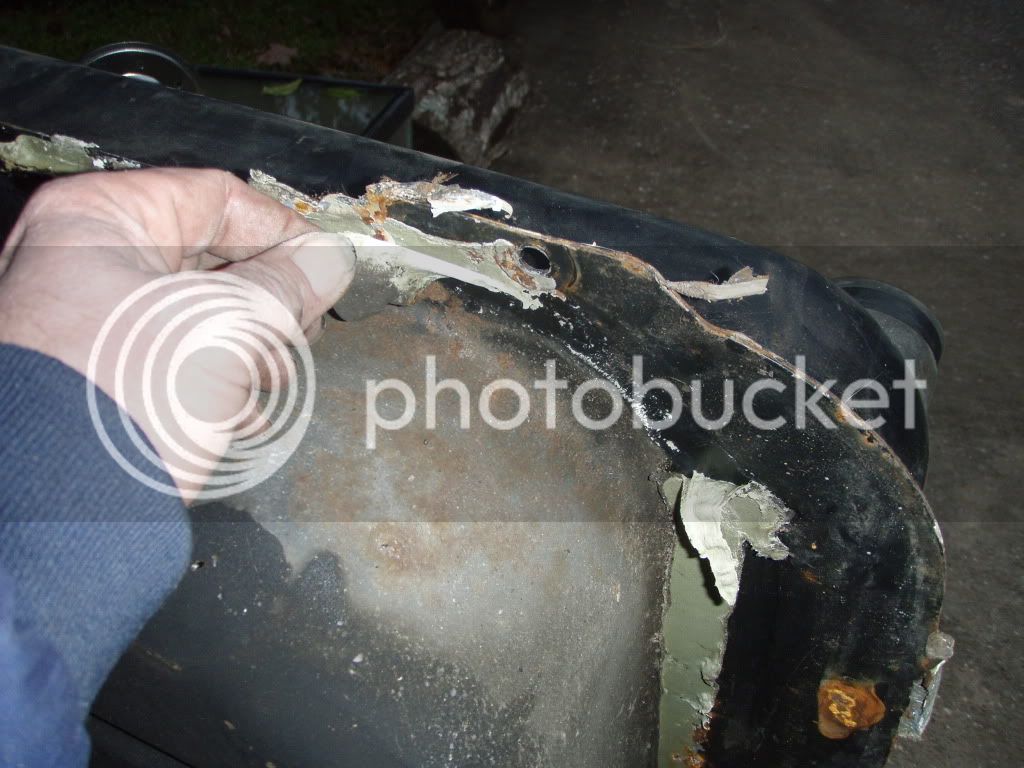 And a shot of why I did this whole exercise. You can see the rust in one of the indentations below the pickup tubes. 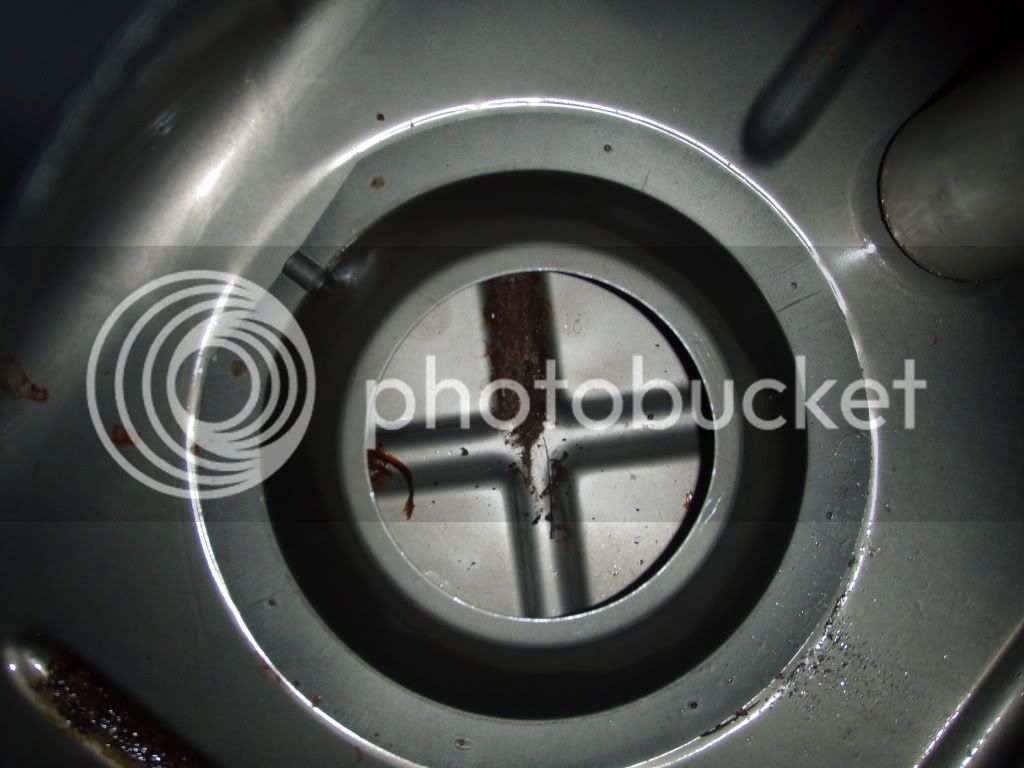 I inspected the rest of the tank with a mirror and flashlight and was surprised at how clean it was. I was expecting to see a lot of rust (from condensation) on the top of the tank but no problems.

So, a couple of questions?

Can I use "Kreem" to clean out the rust? http://www.solomotoparts.com/catalog/Kreem-Fuel-Tank-Liner-and-Tank-Prep-Combo-Pack-p-25425.htmlThis Kreem is a product I have used successfully many times in the past on older motorcycle tanks. I think it is a mild acedic (sp?) acid solution. I don't intent to use the plactic sealer, never have in the past and not had a problem. A little spendy for a car sized tank, is there a good automotive alternative? My only concern is what's in the fuel level sender tube. Can I unscrew the tube and take it out? Or is it all metal and so will not be affected by the mild acid?

Second, what's the gummy sealer stuff and is it commonly available? I was suprised it is still pliable, must have been in there for years even if the tank has been removed before.

A side note, you'll notice some rust (what a surprise!) in on the right hand side of the "tank out" photo. I was still wet with what I believe was water, didn't smell like gas. The car's not been in the weather for months, strange that it was still wet there.
P

I believe the tank has been removed before. The "gummy stuff" is for sure a product called
"Duct Seal" and used in the HVAC field and is commonly available. Experienced engineers refer to this product by the more technical term "Bear Sh#t" Please do not ask me why... As for the tank "OsPho" is the product of choice, and available through marine suppliers, the duct seal as well.
Al
Last edited: Jan 3, 2010

Reseal the tank to the body with 3M Strip Caulk found at any auto body/paint supply shop, you don't want any foam type of sealant.
B

POR-15 (Morristown NJ) makes a gas tank cleaner kit which includes a cleaner, a rust inhibitor, and a coating for the inside of the tank which is supposed to be impervious to everything. I used it about 8 years ago and have had no trouble with the tank.
B

bill said:
POR-15 (Morristown NJ) makes a gas tank cleaner kit which includes a cleaner, a rust inhibitor, and a coating for the inside of the tank which is supposed to be impervious to everything. I used it about 8 years ago and have had no trouble with the tank.
Click to expand...

Looks like good stuff, probably something we should dip the whole car in :-D

In reading the MSDS sheet, it looks like Phosphoric Acid is what I'm after. I'm trying to avoid putting in any kind of coating into the tank. Generally, the coatings work well but I've known of a couple of instances where the coating didn't bond perfectly and the whole thing started to peal off in one piece. Also, I'd have to take out the sending unit.

The older guy at NAPA (young like me?) suggested using CLR from the Dollar Store. He had to use it once on his car and said it totally cleaned it up in about 45 minutes. Anybody have any experience with this?

"The phosphate free formula is more environmentally friendly, but its effectiveness against some stains such as rust is reduced."