Having just completed this project, I thought it might be useful to memorialize it here. Thanks to those who helped me get through this.

There is significant torsional load in this system. It is essentially a loaded mousetrap. Work carefully and always understand the next step. Removal is the reverse of installation.

5. I assume you've left the torsion rods in place. If not slide the rods into torsion tube and insert the long arm into the torsion arm on each side.

6. Lightly grease torsion block where it will insert into torsion tube

7. Place torsion block into mounting bracket and lightly snug up the 6mm bolts just to hold the torsion bock and arm stops onto the mounting bracket. It is recommended to use 2 arm stops on each bracket so they do not bend under load. This is also why we use 25mm bolts instead of the original 15mm ones.

10. Open the hood and place a wooden stick (approx. 3'-6") in the center to hold it open and, importantly, tie the hood down against the stick with a rope from the hood latch brackets to the firewall (or just slip the rope through the vent window frame when the door is open, and then close the door.) The reason for this is that you will inevitably apply force to the hood causing the stick to fall away, at which point the hood will fall on your noggin and push your face into those nice clean Weber carbs. The point of all of this is to immobilize the hood in an upright position.

11. Loosely secure the swivel arms to the torsion arms with a zip tie. The object is to avoid having the swivel arms flailing around trying to scratch your fender paint.

12. Bring the torsion rod assembly to the hood and carefully bring the mounting brackets to the mounting plates on the hood. You will find that the torsion arms will be facing down and towards the front of the hood, and that the holes in mounting bracket will not immediately line up with the holes in the hood mounting plate due to some small torsion already in the system. I found that I could secure the top (rear) screw on both sides loosely. Then with several taps of the bottom (front) of the mounting bracket with a hammer and wood block on the mounting bracket, I could then align the bottom (front) hole to accept a screw. This screw will be difficult to place as it will be nearly covered by the torsion arm...persevere and work with the tips of your fingers, and get a 10 mm open end wrench in there to do the work. Leave everything loose until all fasteners have been inserted in the right locations then tighten everything up.

14. Now you can attach the swing arm to the fender bracket with the swivel bolt. You may need to raise or lower the hood a bit to do this. So at this point remove the wooden stick holding the hood up and the ropes holding it against the stick, and have your helper raise or lower the hood so that the swing arms can be attached to the fender bracket with the hardware that you have saved. 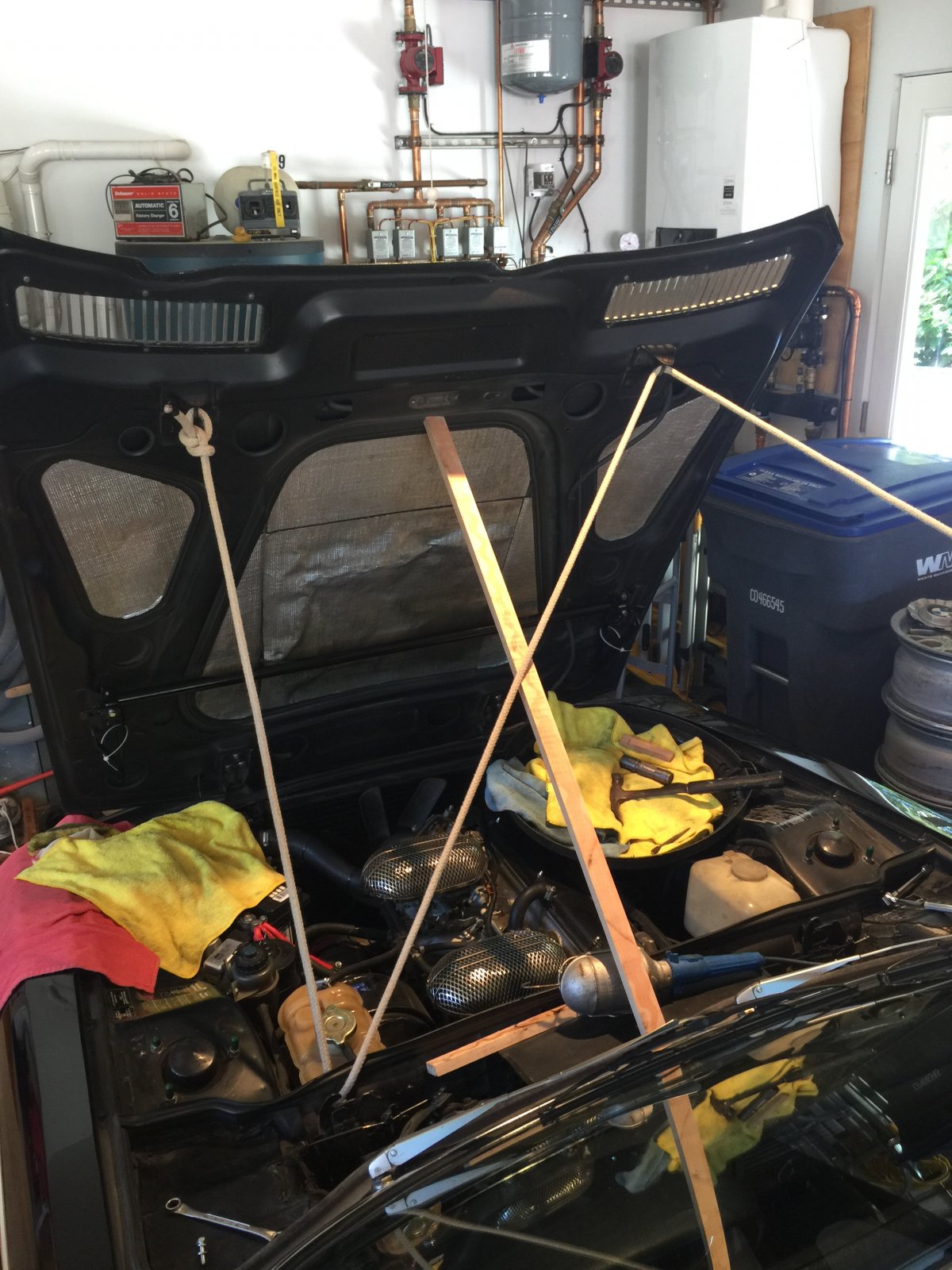 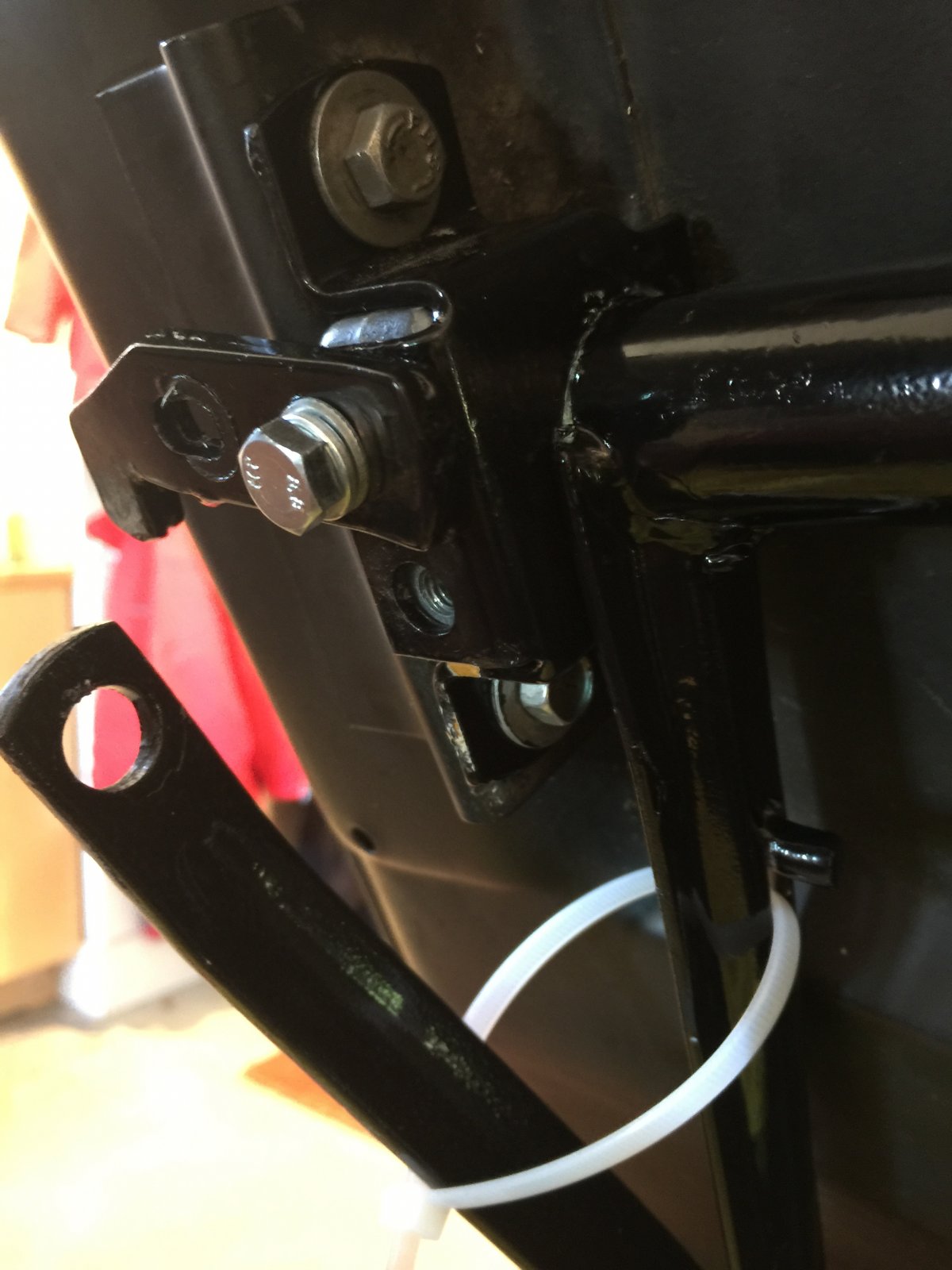