My Coupe has no fan clutch-operated cooling fan. Since the mid '80s, cooling has been provided solely by means of an auxiliary fan as used in E24s through E30 and even E34. Effective, and has never overheated. In fact, I am even less worried about this since installing a triple-cored radiator last year. Cooling has not been an issue, so I have had the luxury of obsessing about other issues . However, in April, when the aux fan kicked in to lower the temp at a stop light, it started with a screech. These never get better, so I was on the hunt for a replacement. New units are available, but go for $400-$500. Perhaps this is a time for a new Spal or similar? But a quick check of these popular fans show perhaps a 1 year warranty, plus new custom brackets would have to be fabricated, what resistor 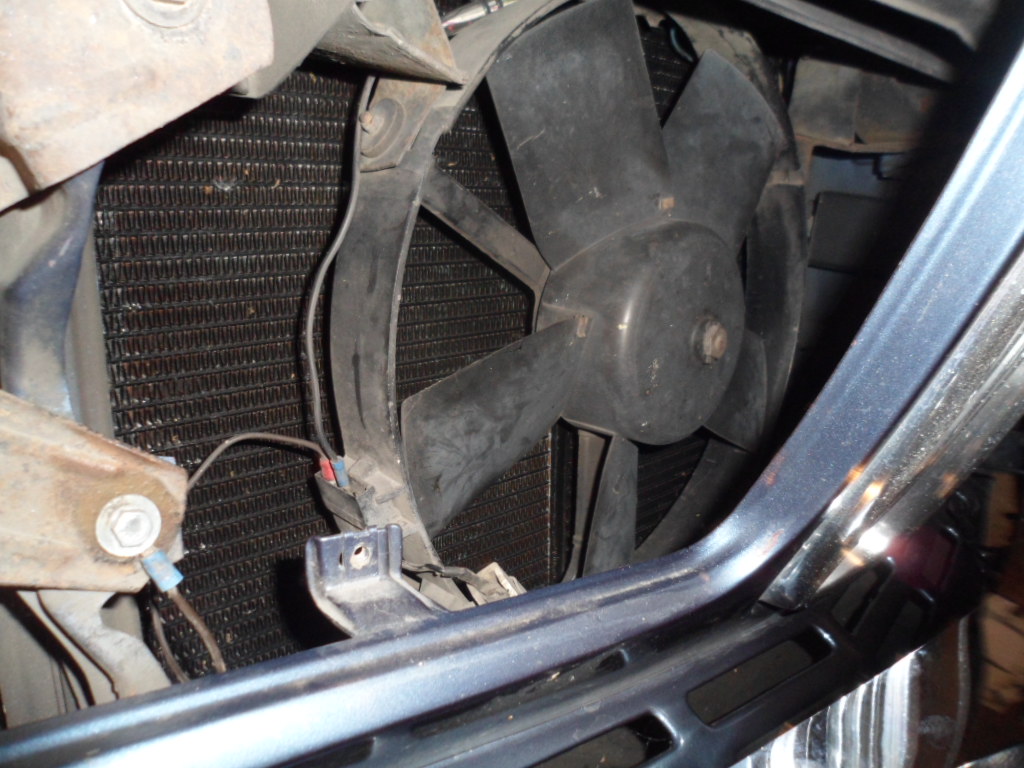 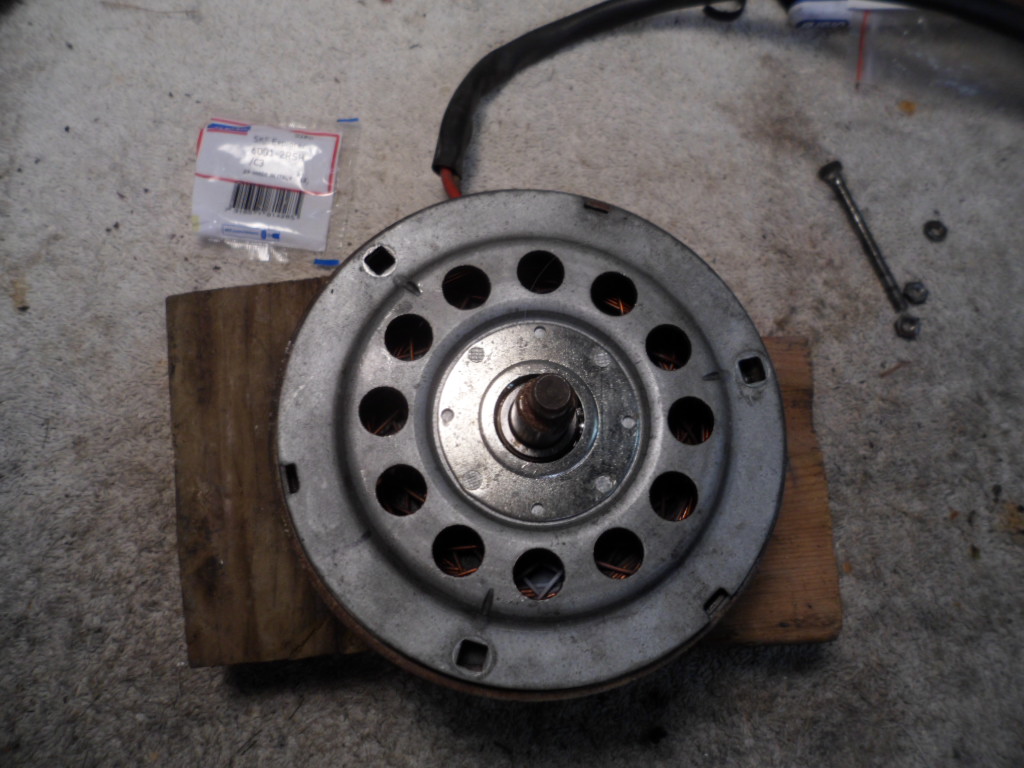 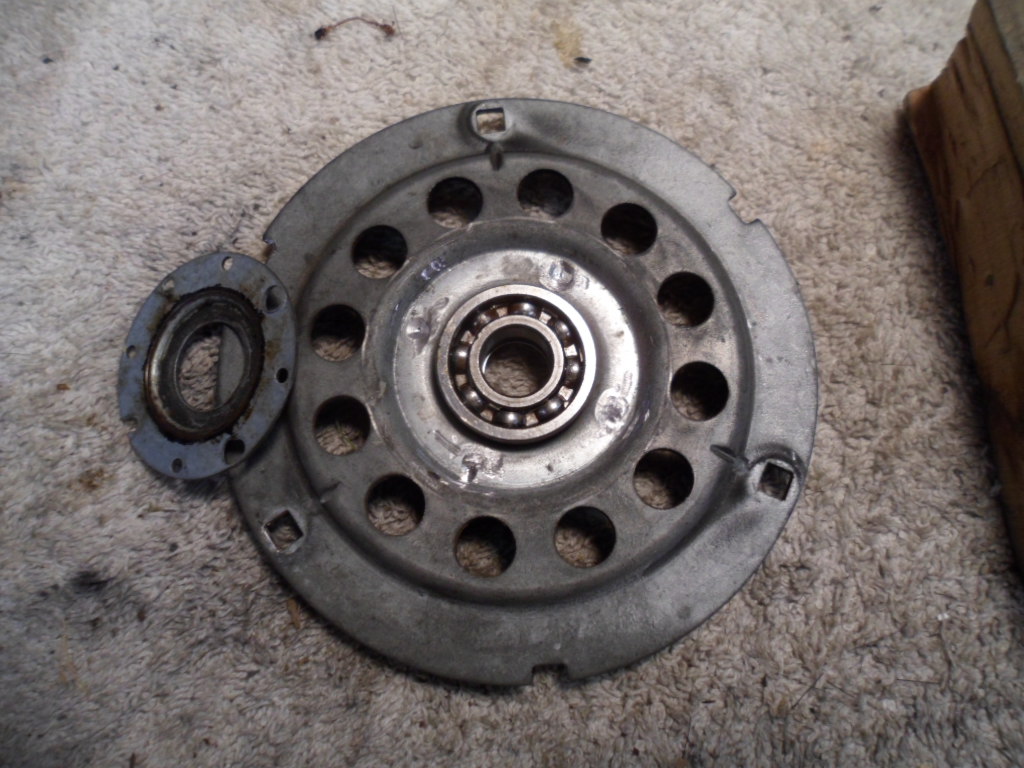 would I need and other considerations could lengthen the downtime. As this is a radiator-out job, so I was looking for something quick as "driving season" had just begun. Once the unit was on the bench, I decided to take it apart. I do have some spare E3 aux fans and have found, while they are only 10 inch diameter vs this one that is 15 inches across, the motor top that houses the bearing, is the very same as used in the unit in my car. So I could experiment. Once I had drilled the cover piece and exposed the bearing, I could tell it was packed with dirt, and even after cleaning, I could hear bearing wear. A local fastener specialist helped identify the exact SKF bearing and brought one in and I was able to replace and put the fan back together. Functions as new! What a savings, and just like any disassembly, cleaning, replacement of offending piece, and reassembly, a very satisfying exercise. some photos....

is the fan on your car using the original bracket?
is this the fan? 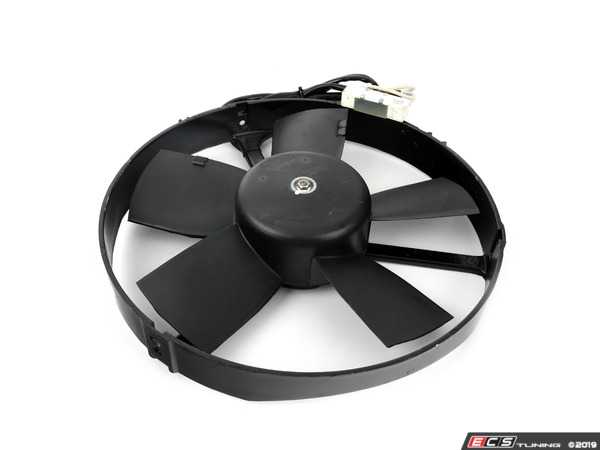 I only know how to take things apart.

Indeed, same feeling here. Our coupes (albeit not the sheet metal), seem to be designed with repairability in mind. Many mechanical elements come apart, and often assembly is simply the reverse order.

How did you go about fixing the bearing cap? Looking at your pics, I'm guessing it was spotwelded together and you have drilled them out. Did you position it back with screws, nuts&bolts, rivet or different?