just saw an early '73 atlantik in ATL with Virginia plates

vin 2240566 - not listed in the registry or on the copy of Chris' spreadsheet that i have. it was at a shop in Chamblee, the place where the baikal 2800cs was sold to mpower5266. does this belong to somebody here? the shop said it was not a locally owned car 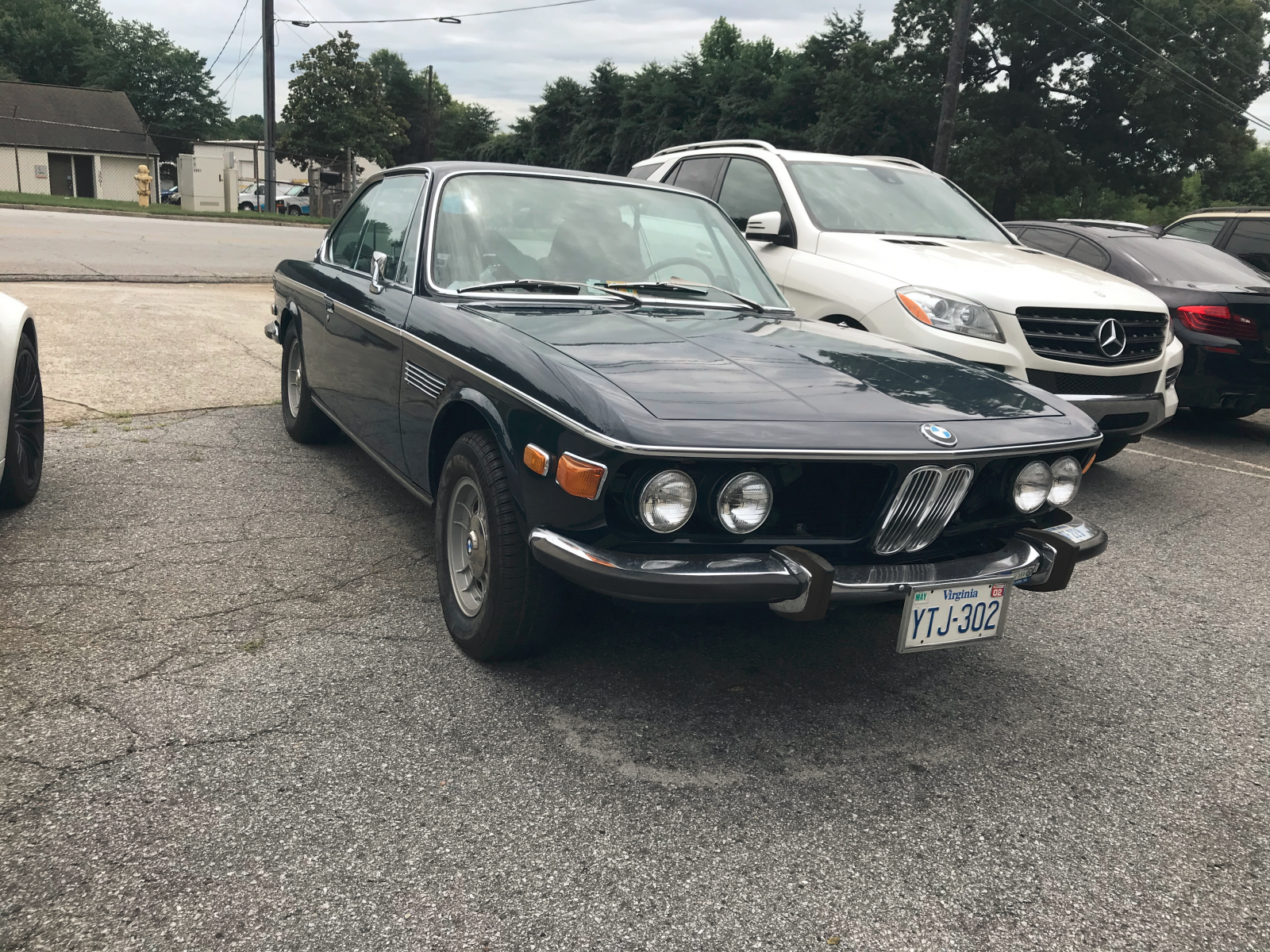 it appears to be a euro car, but mirrors are mounted in US position - no a/c, roll up windows. has a blue interior 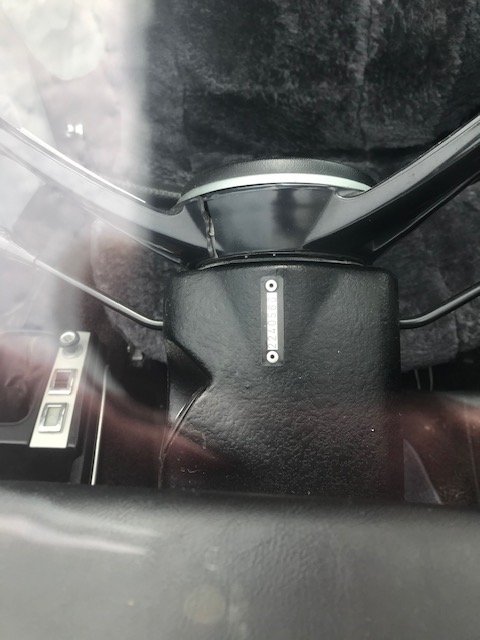 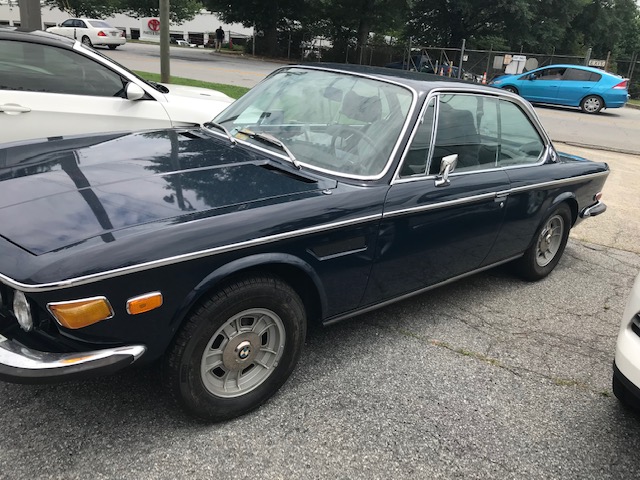 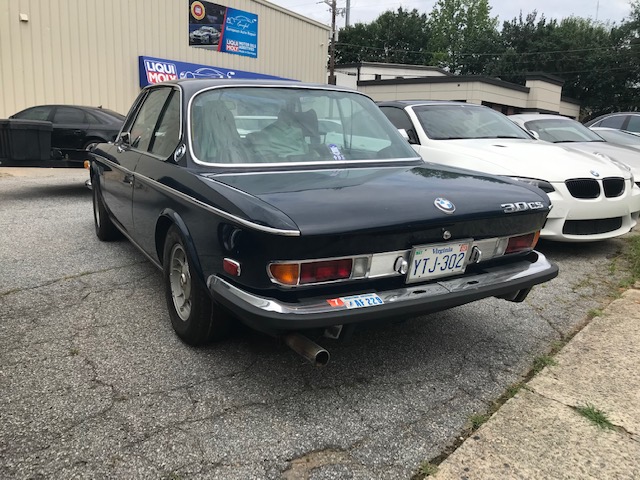 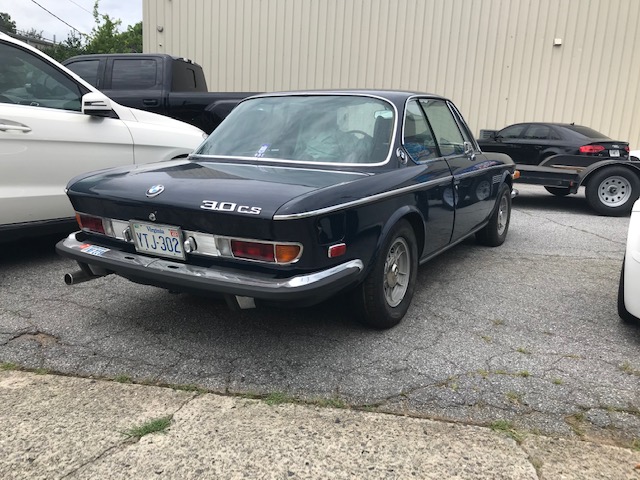 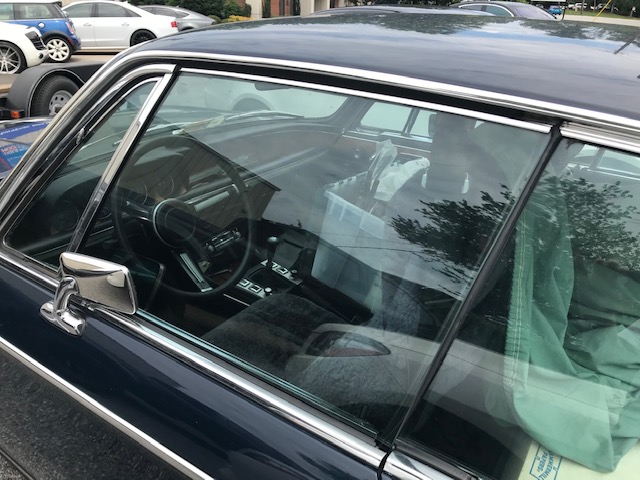 Did I miss anything?

I think you have nailed it, but what kind of coffee?
B

If it’s a US car why does it only have electric window switches for the rear? I though this only happened with Euro and some City Pack CSL’s.

It is a North American market coupe which got every feature that a Hoffman US ordered coupe was built with: side markets, 73 bumpers in this case. Not every Hoffman Coupe had to have A/C and electric windows in front, it may have been special ordered for German delivery. Or it could have been ordered by Vancouver Distributors for Canadian delivery, many of these coupes had vinyl interiors. But all 224xxxx and 225xxxx chassis are the same for the NA market. Someone can send the vin to BMW to confirm if Hoffman or not. And city pack coupes have more features like all four electric windows.

Since it is a VA car being serviced in Atlanta my guess is that it has been recently purchased from said owner profile and is in for post purchase service.

i went in and asked the guy at the shop front desk - existing customer from out of state. my thought was what you said Steve, just repeating what i was told ... but my guess is that he really didn't know. perhaps the owner will surface here sooner or later. i will try to leave the owner a note.

there are a lot of parts not on the car - a bunch are stuffed in the car. missing, hood grilles, front grilles, drivers side grille.
still has US turn signals and reflectors. doesn't have 73 dagmars. but it does have the 73 bumper brackets + 2.5 mph bumper spacing.
would like to take a closer look, but hate to get too close in their parking lot

Ok coffee aside here is what we know.
That license plate style was used in Virginia from 1979 to 1992 but they got to Z plates at the end, so starting with a Y would be a 1991 registration by the last Virginia owner, the civil servant. He (because we said it is male) renewed the registration until 2002 as shown by the sticker, at that point it went Nonop, yet kept garaged. The manual front windows was a deliberate preference I would make any day, lighter and does not break like the electric. This is confirmed by the choice of leather, it was not about cost. And we know it has leather interior because German vinyl lasts forever so they car would not have seat covers unless it had leather and naturally is in bad shape. Few people know that while sun is bad for leather, very cold either is even worse. I postulate the new owner is actually blood related to the civil servant and is the new caretaker of the car, and possibly lives in Atlanta.
Only a carefree young person would drive to Atlanta with license plates that expired eight years before. The new owner knows little about classic BMWs, otherwise he would have asked our experts before starting rejuvenating the car. The missing grills are in some box in Virginia. The black decal behind the missing side grill looks original and intact, therefore I concluded it is original paint, or a 1990s repaint when body shops still knew that part was needed behind the grill. The new caretaker has and will not find us, because he is young and is probably in Instagram, not on our last century (and proud of it) media.
D

We love you Arde.
There was a nice lady whose husband died, maybe about six or so years ago, that was in the DC area, who was trying to find a home for his baby and many parts. Seem to remember it was in VA, and solid. with low miles...ring a bell with anyone?
That is a handsome car... is that a military parking sticker on the left rear bumper?
B

Forgot to mention the individual dislikes music or has a great voice.........I see no antenna although there is something in the dash that looks like a radio. Perhaps antenna in the trunk like my car.

there is antenna, it is on the drivers side front fender - electric. so i suppose its hanging down into the fenderwell (near the famous 'box')
the sticker on the back bumper is 'redstone arsenal' - af 229 w/ a red number 7 - this is an army post located around Huntsville, AL

there is a phi beta sigma sticker on back windshield, which is a historically black fraternity that was founded at Howard University.

Thanks Dave. Although the channel for my humor has been elsewhere lately, it made all the way up to Forbes magazine: 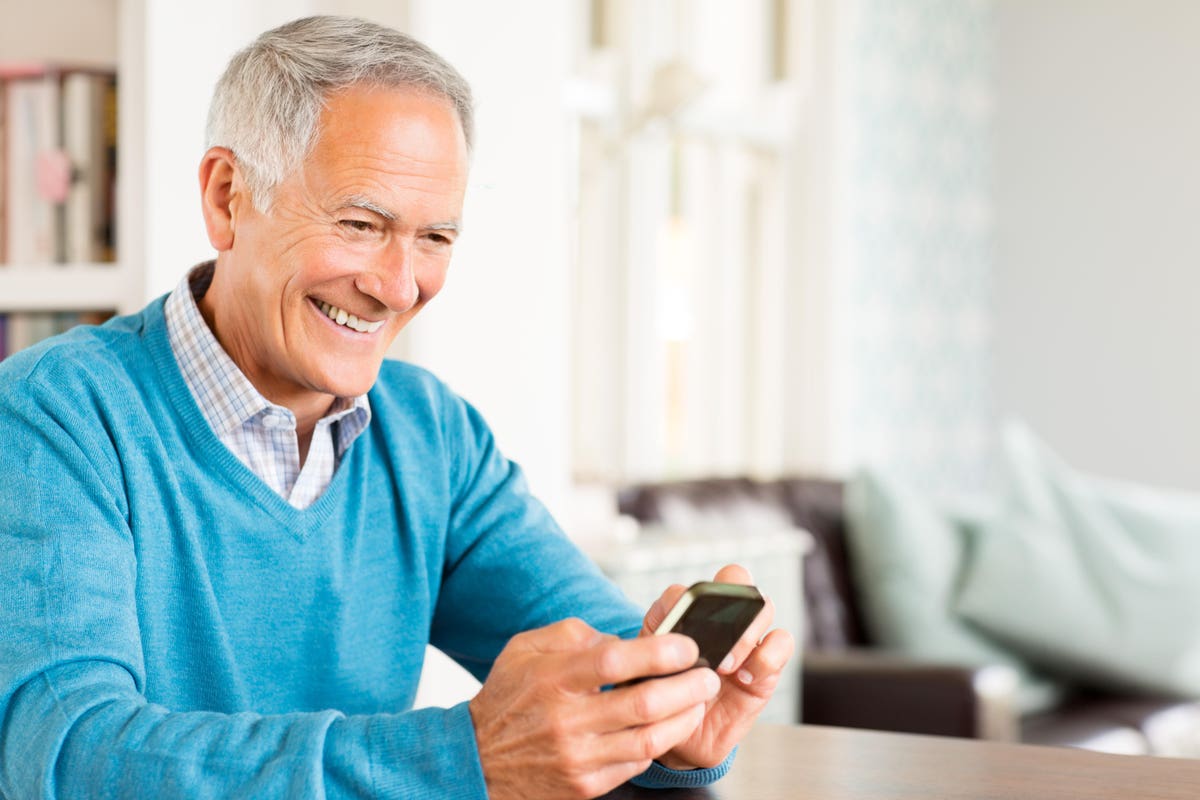 It's Father's Day, the one day we accept dad jokes without the eye roll. Texts From Dad delivers them straight to you via SMS.

We are getting somewhere with this blue car. It was a male Pentagon employee that visited military bases, also did recruiting days at Howard University. Most times he would use his official vehicle, but also enjoyed now and then driving a classic.
This should answer Chris' question on coffee brand. He drank wahatever they serve in the Pentagon. Folgers I would say.


dave v. in nc said:
We love you Arde.
There was a nice lady whose husband died, maybe about six or so years ago, that was in the DC area, who was trying to find a home for his baby and many parts. Seem to remember it was in VA, and solid. with low miles...ring a bell with anyone?
That is a handsome car... is that a military parking sticker on the left rear bumper?
Click to expand...

I am shocked. I thought we are at loggerheads with Erdogan over access to coffee with cardamom...

The front rubber horns are not the '73 only upside down looking ones.

Drew Gregg said:
The front rubber horns are not the '73 only upside down looking ones.
Click to expand...

Correct. Those are very rare now a days and have been replaced.

It seems odd that our 53 year old one-time Pentagon employee would drive across several states with invalid license plates. Such people usually do not flaunt the rules. And so I agree with Ardie's carefree young person supposition.

VA has some weird license plate rules - I believe the seller of a car who allows his plates to remain on the vehicle can be liable for damages to other cars and/or to persons in an accident involving the vehicle even after the sale. Because of this, sellers of cars registered in VA unfailing remove their plates during the sale process. However, this particular seller might be a little more relaxed about allowing one of their children to drive off with his license plate on the vehicle, particularly if the seller knows based on past history that they would pay for damages caused by the child without regard to state law. And a child raised by such an indulgent father would be more likely to drive across a couple of states with expired license plates. So not only is the driver related to the owner, his is the owner's son or daughter.

Given all this, one wonders if the car has even been sold. Perhaps the carefree young person thought it would be fun to take Dad's car that barely gets used on a road trip to the cabin near Atlanta. Given what appears to be old Fairfax County property tax sticker on the front window, the child may well have been sick of the COVID 19 restrictions in northern Virginia and was hoping to find Georgia less restrictive. Whatever impelled the trip, it is likely the child encountered a mechanical problem along the way and took a detour to Chamblee based on the father's previous relationship with the shop relatively close to the ultimate destination.
You must log in or register to reply here.
Share:
Facebook Twitter Reddit Pinterest Tumblr WhatsApp Email Link
Top