As I am starting to post replies and threads in the forum, I thought I should introduce myself.

I have been a long time beneficiary of the forum dating back to 2004. In the past, for some reason I had trouble with my forum login so I was never able to post questions or replies, but my login is working well now.

I own a 71 2800 CS that was converted into an Alpina by Hardy & Beck around 1981. My best friend’s brother in law purchased the Coupe from Hardy & Beck around ‘81. I was 14 or 15 at the time and thought it was the coolest car I had ever seen. When my friend’s sister and brother in-law had their first kid, the sister thought the car was too unsafe for kids (I think she thought it was too much of a chick magnet) and she forced her husband to sell the car. My friend acquired the car from his brother-in-law.

My friend owned the Coupe until 2004 until his second was kid born which turned out to be twin boys. He felt he lacked the bandwidth to care for an aging classic and decided to sell it. At the time I did not exactly have tons of free time (or garage space), but said if you are selling it I am buying it.

After acquiring the car in 2004, a mechanic I was well acquainted with helped me sort out all mechanical issues needing attention. The engine was in great shape, but the suspension, exhaust, and a few miscellaneous things needed to be renewed. I wanted to renew the paint and other cosmetic issues in 2004, but never pulled the trigger. In 2004, the body shop I am acquainted with told me they would repaint it if I let them do it as filler work and I did all the disassembly and reassembly work. They elaborated they thought I would get a much better result if I did all the time-consuming disassembly and reassembly work. In 2017 with my first kid off to college, I got the itch to buff out my Coupe and visited the body shop to see if I could take them up on their 2004 offer. They reluctantly agreed. That is a story in itself.

I am now in full reassembly mode after the re-paint and I'm very grateful for the advice the body shop gave me. I've been enjoying taking my time buffing everything out as I reassemble the car. As I’m accessing forum threads to assist with my reassembly tasks I’m thinking of any knowledge I’ve gained along the way that isn’t already covered in a thread so I can post something as pay back to the community for all the great tips I’ve gained from the group over the years.

Below are some pictures of my Coupe. 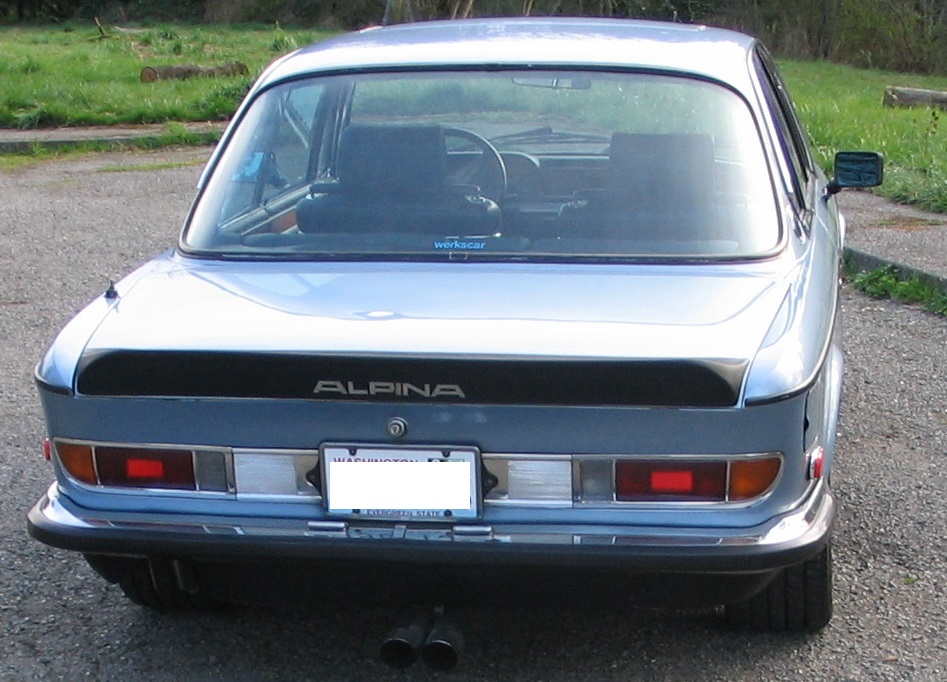 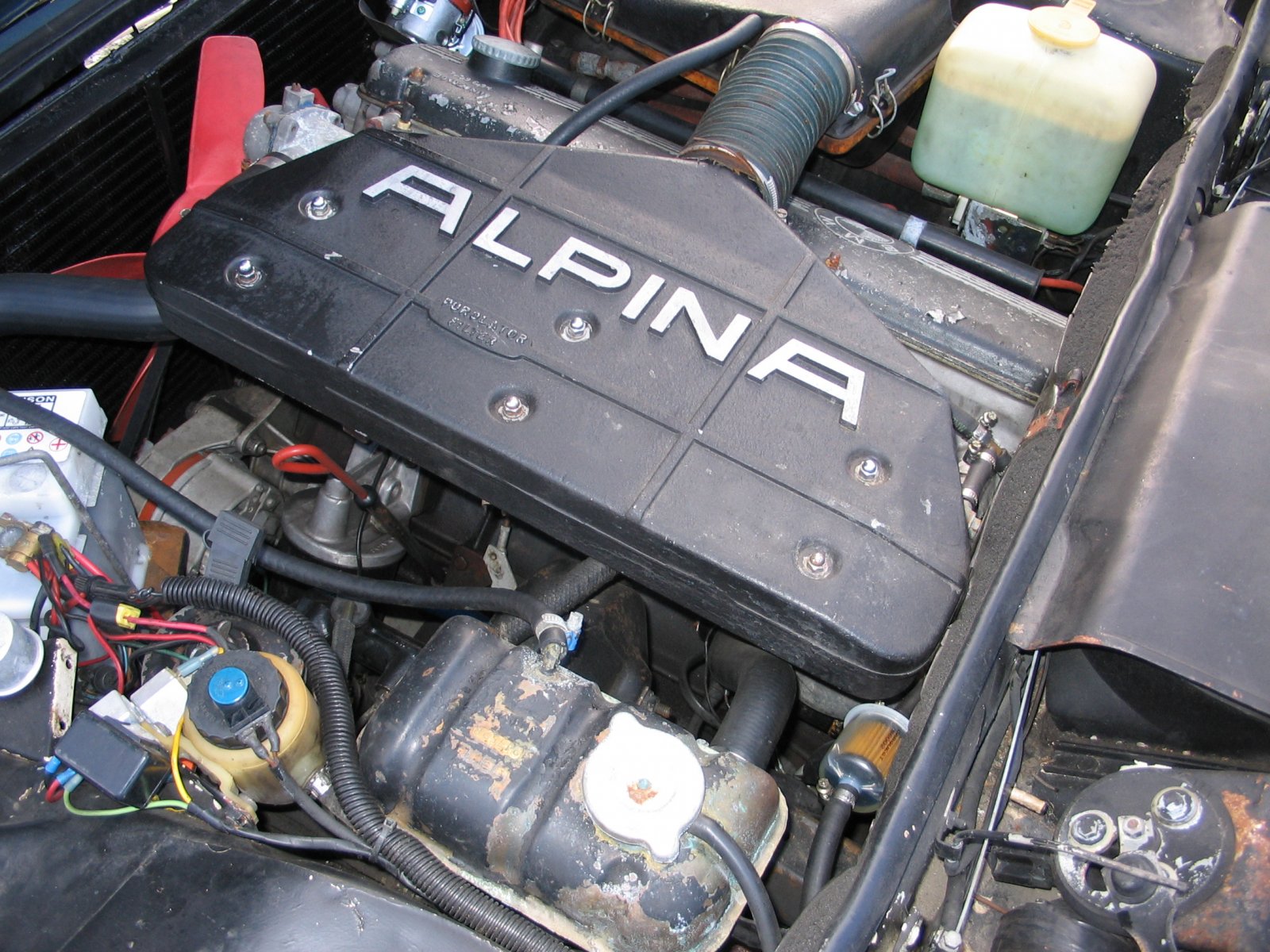 Under the knife for a midlife face lift 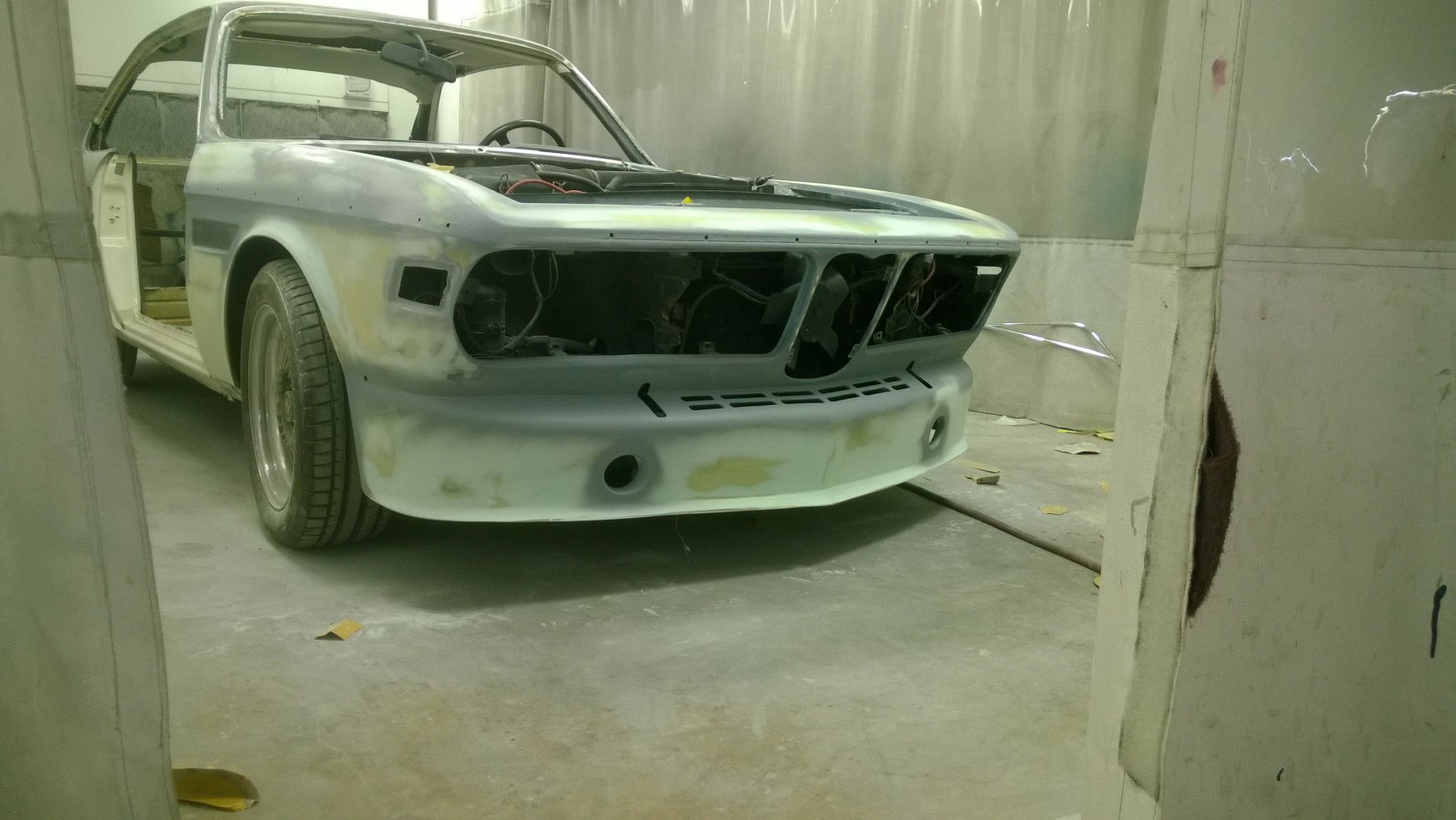 Back home for reassembly

Welcome to the fray...looking good.

Great looking coupe, and rare! I remember reading about Hardy and Beck in Road and Track in the 80s. Love those wheels.

VERY cool, I love those H&B wheels, too.

What else did H&B put on the car? Any receipts from them? I've reached out to them about work done on my '67 2000CS and Alan Hardy replied to me directly. Might be worth a shot.

Best of luck on the reassembly.

zinz said:
VERY cool, I love those H&B wheels, too.

What else did H&B put on the car? Any receipts from them? I've reached out to them about work done on my '67 2000CS and Alan Hardy replied to me directly. Might be worth a shot.

Best of luck on the reassembly.

I have all the original Hardy and Beck paper work - I'll post the details when I'm home and can reference the specifics in the documents. I was reading @JamesE30 restoration thread yesterday and the discussion on the 300 degree cam modification and I remember seeing some similar in my paperwork. In addition to the engine upgrades my memory is the brakes and suspension are Alpina. But the wheels are Hardy and Beck which it is my understanding is why Alpina yanked their US distributorship from H&B. H&B was making parts that competed with Alpina. My springs were replaced in 2005 with springs sourced from Carl @ La Jolla Independent because my mechanic felt the old springs were shot. It definitely sat better in the curves with the new springs.

Out and about I'm often asked '... is it a real Alpina?' I don't really know how to provide an honest answer to the question. Hardy & Beck was the official North American distributor at the time and to the best of my knowledge Alpina wasn't a car manufacture at the time, but rather a tuner. But the car was born a white 2800 CS sold new in San Francisco to a man with a last name something like Quan. I think the original owner drove the car for 9 to 10 years and Hardy and Beck serviced it. When the original owner wanted to sell it, Hardy and Beck bought it to turn it into one of their Alpinas.

I was thinking about sending Alan Hardy an email letting him know his creation is still on the road. I believe between being a California car and the paint work H&B had done in '81 saved it from rust. Everyone who touched the car felt it was solid, but I was still nervous pulling of the rocker panel covers prior to the paint shop

I sent you a PM with Allen's contact info. Having all those receipts sure makes for some interesting detective work!

Your car looks nice! In a sea of fake Alpinas I would say a 1981 Hardy & Beck conversion is pretty damn real to me.

I'm guessing by the clear fuel filter that those are carbs under the Alpina air box and not ITBs ?

zinz said:
I'm guessing by the clear fuel filter that those are carbs under the Alpina air box and not ITBs ?