Hi,
I'm a current 74Tii owner looking to buy a 73 or earlier E3. I am looking at one that's on ebay right now and wondering if anyone here knows the car or can give me some tips on it.

Also, what's the best site to get technical and DIY info on these cars?

Not sure how active they are but try this link

Many of the e3 experts are right here, look no further.
B

The pics of the rear shock towers show something that looks like repair work. Seller says it is not, and is how the cars came. Can someone have a look and advise me? I've been trying to get some refernce pics but havn't found a good source.
Thanks
Byas

bnam said:
The pics of the rear shock towers show something that looks like repair work. Seller says it is not, and is how the cars came. Can someone have a look and advise me? I've been trying to get some refernce pics but havn't found a good source.
Click to expand...

I don't pretend to be an expert, but it's sort of hard to imagine that the factory did such rough work.

On the other hand, besides the patches to the rear wheel wells, it's an amazingly well-preserved e3. With no apparent reserve, and bidding just at $6,100 less than a day before the auction ends, it could represent quite a deal.

Looks to me like the drivers rear fender shows repairs as seen from the trunk shots as well and indeed something is not right with those shock towers. Also, the passenger side front door has some issues with the door seam.

They've been repaired but what's up with the center of the front bumper? Otherwise very nice.
B

what's wrong with the front enter? Seller said bumper hrome had lost lustre and needed replating but was not pitted. Or, is it the wrong one? Sorry, I know nothing about this car other than what I've read in past few days.
Byas

Looks like a nice car as far as Bav's go. I don't care for black and I'm not certain if it was an original factory color (not that you care) for Bavarias.

Chris: I don't see anything off with the center front bumper, do you?

It appears to have an electric fuel pump as seen in the trunk shot. It may mean the head has been replaced with a later one without a provision for the mechanical pump. This is a positive, meaning you have an updated head, less prone to cracking.

Something happened (rust?) on the rear shock towers that required welding as pointed out here. Where that swath of seam sealer/welding is on the wheel wells there normally is a row of spot welds (you can see some) for a strengthening plate piece under the wheel well. Something also happened in the left rear, next to the brace where you can see a vertical swath of welding/seam sealer.

This is what wheel wells/shock towers look like from the factory: no sloppy welds and seal sealer. Dealer is just ignorant of this. You're on your own, they are just trying to sell a car. (The car in this pic has 1974 and later strengthening braces yours should not have): 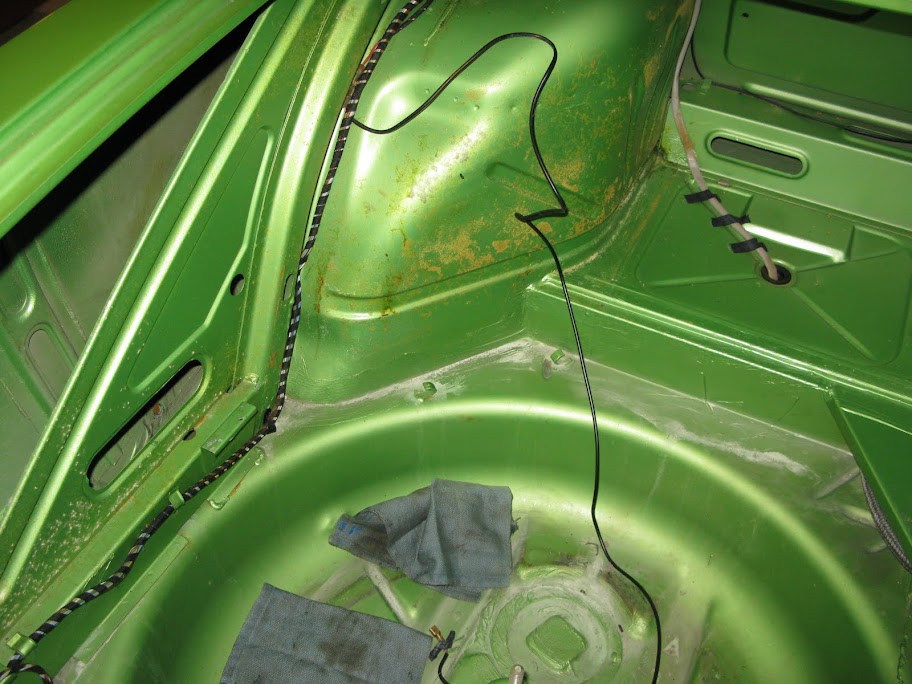 The exhaust pipe placement is a mystery as all Bavarias had it to the extreme right as seen here: 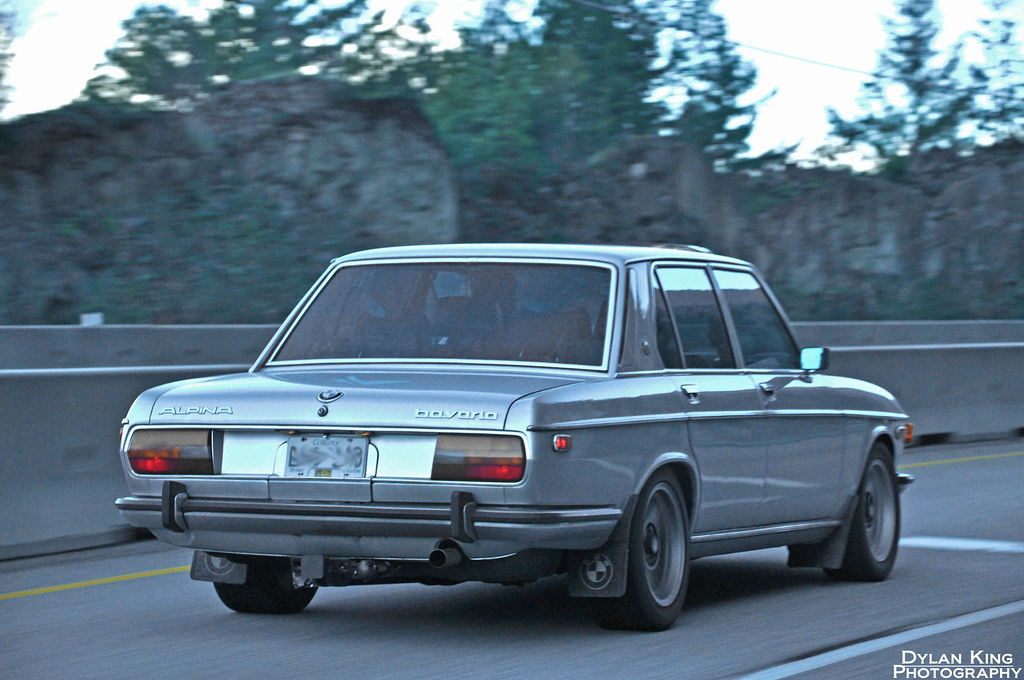 Or as in the late years 3.0 Si's, to the left of the license plate: 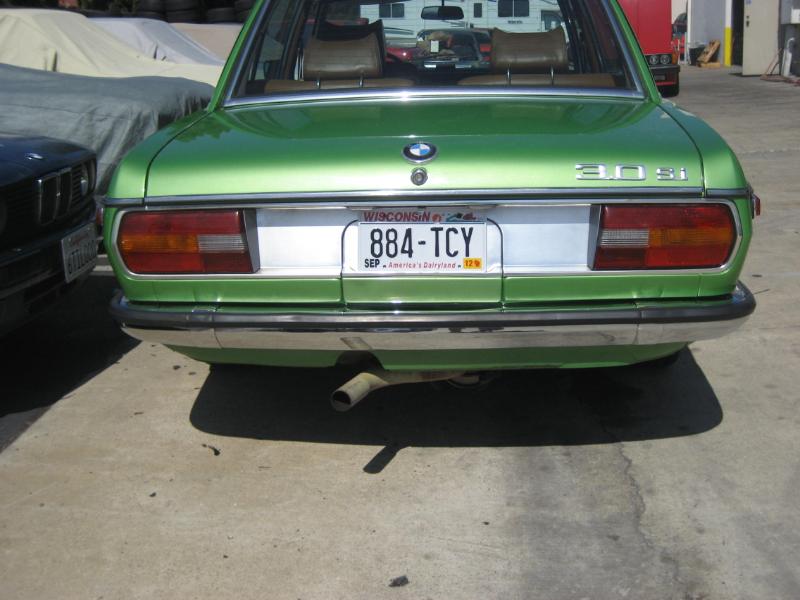 All of this doesn't mean it's not a good car, I just would want to know as much as I can about its past and all these clues tell you part of the story.

If I were buying, I'd like to see some undercarriage shots. As well, the graininess of photos bothers the heck out of me. They look like 70's Kodacolor shots, inexcusable in the digital age.

There have been 2 or 3 nicer, IMO, Bav's posted here. One was a beige one from Minnesota and a couple others I forget where they were from. Maybe I just can't get past the (bad) black...
Last edited: Sep 18, 2012

The bumper has no shine, almost looks like aluminum paint.