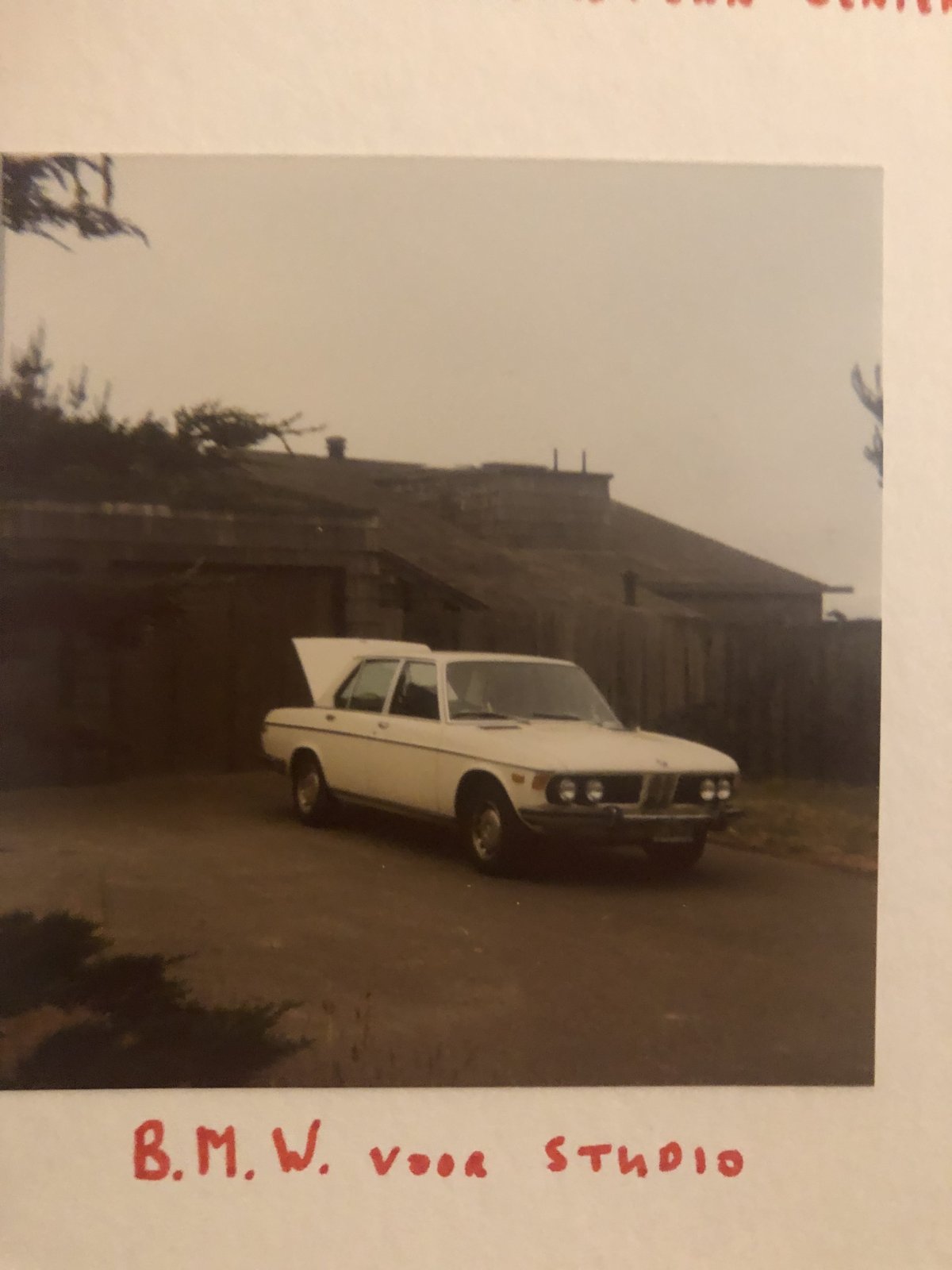 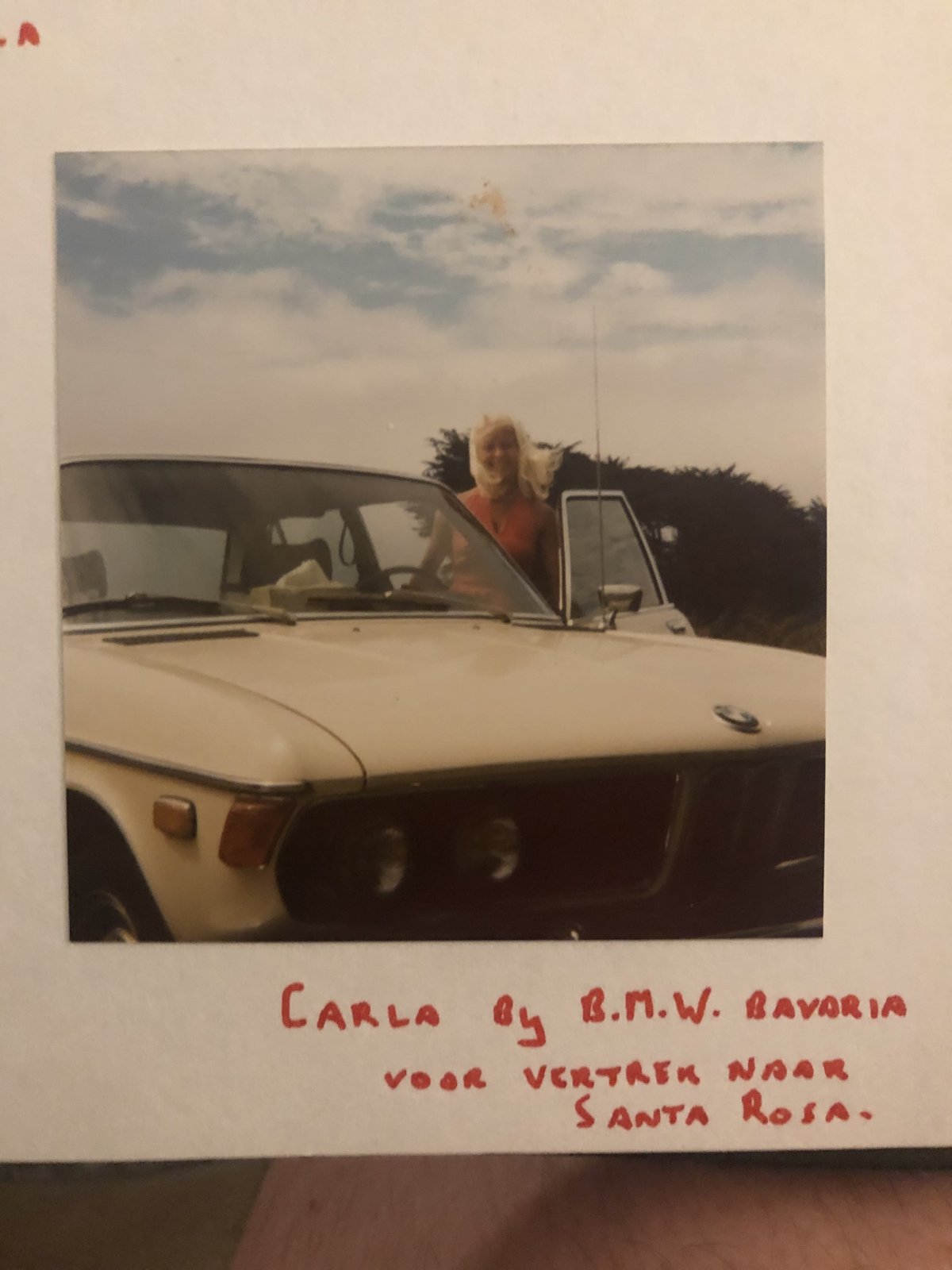 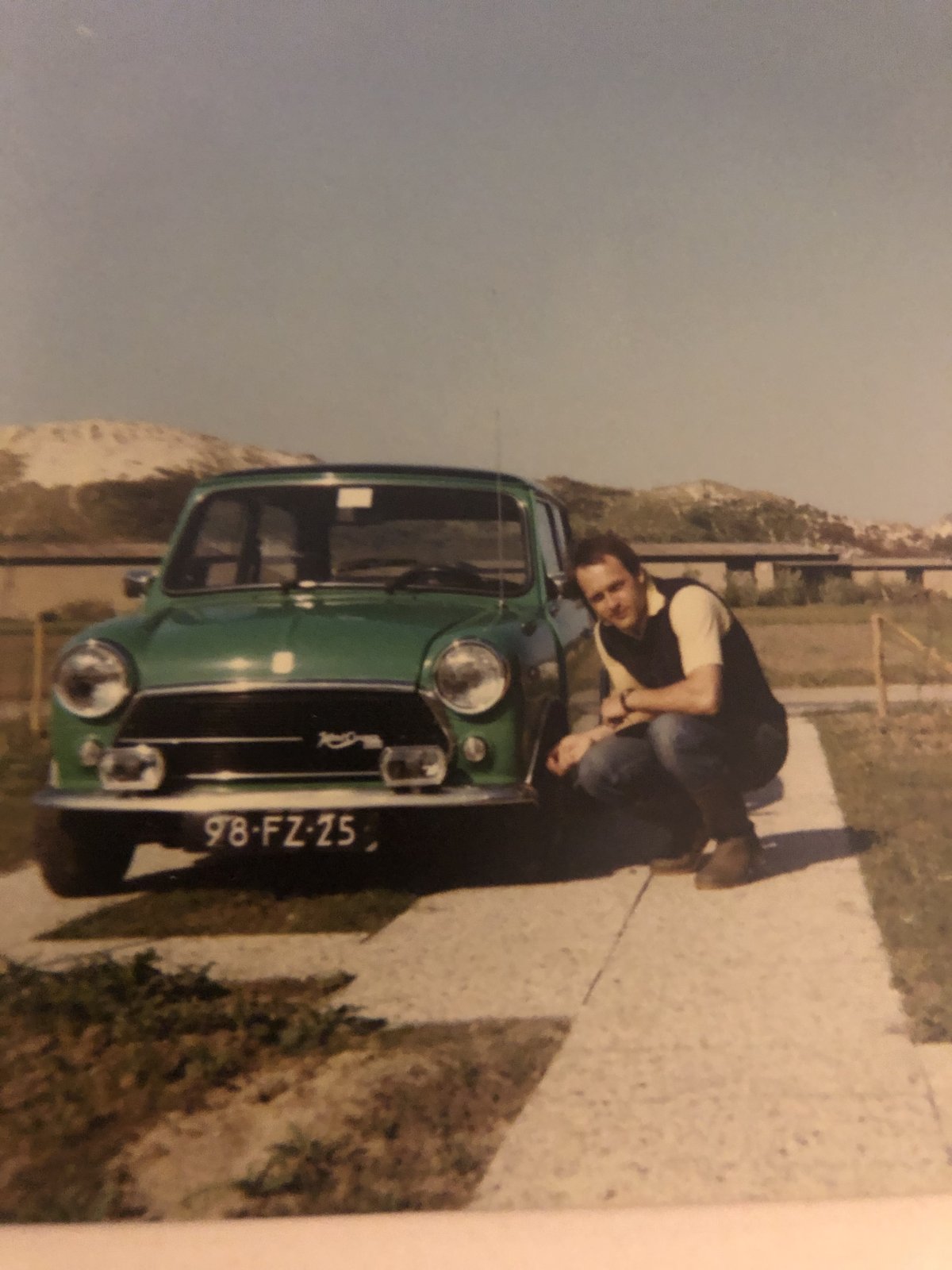 Dale you inspired me. When I was in Holland recently, I stayed with my Uncle Bert. He had some pics my Mom didn't have of our 72' Bavaria. From his other pictures in the album taken at the same time, they were dated Nov. 72', so I am assuming these were taken shortly after purchase because it was bought new in 72'. The first pic is taken in front of my Dad's studio in Sea Ranch, CA, grass roof and all. The second from our main house in Sea Ranch even though is says Santa Rosa on picture. That is all in Dutch. That was his girlfriend at the time. I noticed the Kleenex box and the dash. Not sure why I noticed that. The third pic I just posted because that was my Uncle years ago with his pride and joy Mini. He said it was very fast Italian model imported to Holland. I posted because maybe someone knows what that symbol on the grill says. Never seen that before. I like that grill with the one piece of aluminum or whatever then the symbol, looks like a signature but not Cooper, maybe??? Hard to tell. I snapped a few shots from his scrapbook. The "good ol' days" of actual pictures...LOL. Had the Bav all the way through high school. Drove my date and another couple to Jr. Prom in it. It was sold a year or so later in perfect shape for a 16 year old car at the time then we heard the guy wrecked it like a week later....crazy..

GolfBavaria said:
posted because maybe someone knows what that symbol on the grill says
Click to expand...

John Cooper works I’d say, same as on the mini’s today with the extra umph.

Keshav said:
John Cooper works I’d say, same as on the mini’s today with the extra umph.
Click to expand...

An enviable childhood. Growing up at Sea Ranch, riding in a classic BMW, cool parents. What more could a child ask for.

Keshav said:
John Cooper works I’d say, same as on the mini’s today with the extra umph.
Click to expand...

I thought that's what it would be and the more I squint I think that is what it is. I always loved that car growing up. Wish he sold/gave it to me! No idea what happened to it.

CSteve said:
An enviable childhood. Growing up at Sea Ranch, riding in a classic BMW, cool parents. What more could a child ask for.
Click to expand...

Thanks yeah can't complain. Lived there for 8 years until moving to Santa Rosa for school reasons mostly. Surprised you know where that is. Great place to live as a kid, great for weekend getaways, but don't think I could move back now. Great twisty roads though and perfect place for a BMW. Whole reason I have mine today and have had 2002's most of my life. SoCal weather is great, but no where near the fun back roads of Northern Cal.

Does it say "Innocenti" in that script perhaps? That is the way Italian Minis were badged, I believe. Mike

on second thought, it appears the badge says Mini Cooper, just in script. I found a photo of an Italian Mini Cooper that shows this :