Listed in the Roundel for sale ads by a CCA member in the summer of 1989, I drove out to Alameda NAS and when I saw the car I HAD to buy it (300 bucks!) '72 Bavaria, Sahara with a tabacco skai interior, the door panels and seats were like warm tasty caramel and it was perfect timing to get a replacement for my '69 2800 which sadly had been destroyed by a drunken neighbor while parked on the street during finals week. My new daily driver I drove this car all over the west coast for years. The photo was taken in 1991 at Yosemite on October 25, 1991...we were driving back to the bay area for a San Jose Symphony concert at Flint Center in Cupertino, having just heard of the accident killing Bill Graham that day. The Symphony opened with an un-announced Mozart, "Overture to the Impressario" a fitting tribute by the straights in honor of the fallen rock music promoter. 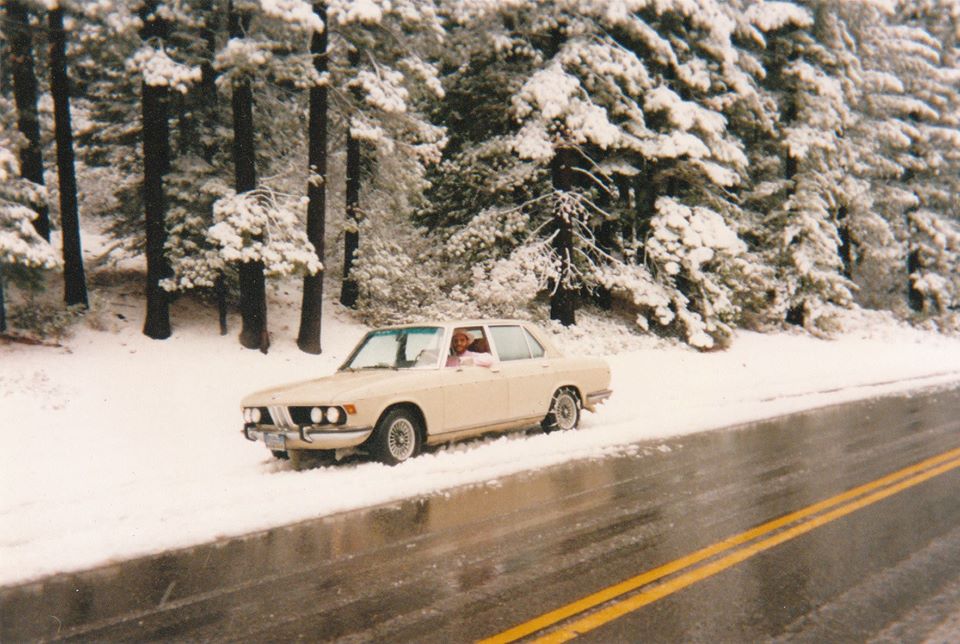 Amazing photo, don't thing I've ever seen a Bavaria in the snow before . I also own a 72 Sahara Bav with the sweet caramel interior. I'm curious what your VIN number is so we could compare? I'd need to look mine up when I get home.

only difference I can tell from your pic is mine have the rear quarter panel marker lights.

Great photo. Fall snow storm in Yosemite. Good thing you had your tire chains. They're required on those snowy CA mountain passes. I was living on the peninsula at the time. I remember the copter crash that took Bill Graham.
You must log in or register to reply here.
Share:
Facebook Twitter Reddit Pinterest Tumblr WhatsApp Email Link
Top