Hello! I’m in the midst of a rebuild of an M90. Due to various circumstances, we acquired another oil pump in excellent condition to replace the one that contributed to the failure of the previous rebuild. It is from an early M30 and has a threaded plug vs the circlip for securing the pressure relief components. I’d appreciate if anyone could share the correct spec for securing the plug.

Thats my M90 motor Chis is putting together. I had it rebuilt about 9 years ago and we just fired it about 3 mos ago. When we went to put the final torque on the head we found a stripped bolt hole so we had to insert that thanks to the rebuilder I used who was supposed to be one of the top shops in PHX.. After 20 minutes of run time, the oil pressure light came on. Dropped the pan and found the oil pump basically came apart. I had asked the rebuilder to put in a new pump and he assured me the old one was good. So we pulled the motor and dropped the bottom end and everything was torn up. All of the bearings torn up and the crank badly scored. Luckily one of the members here sold me a mint crank On top of that he didn't even match the bearing caps to where they should be. Luckily, even though the cam bearings were destroyed as well, the rest or the head was good. I didn't want to lose that as I had some extensive work porting and polishing done.So now, $5k later, we just got the short block back and will hopefully be running in a week or two. It;'s been12 years since I started and I want to drive it. Everything I could replace in the E24 has been rebuilt or new except for the dogleg I know is good. Hopefully I put it together right and will have some trouble free driving. I intend to drive the crap out of it. It should go good as I put in JE 10:1 pistons, the porting and a 284 cam. Our only question is if the 02 Euro ECU will be able to run it well If not, I will convert to Motronic 1.3 and get a custom D'Silva chip. My fingers are crossed

@wkohler did you consult the blue shop manuals?

How do you plan on data logging your engine so Mark can burn you a custom chip?
B

That will be something Chris will do if it ends up being needed. So I don’t know how he will go above it. Right now the goal is to get it running Once accomplished we will see what direction to go in

In case anyone needs the info. 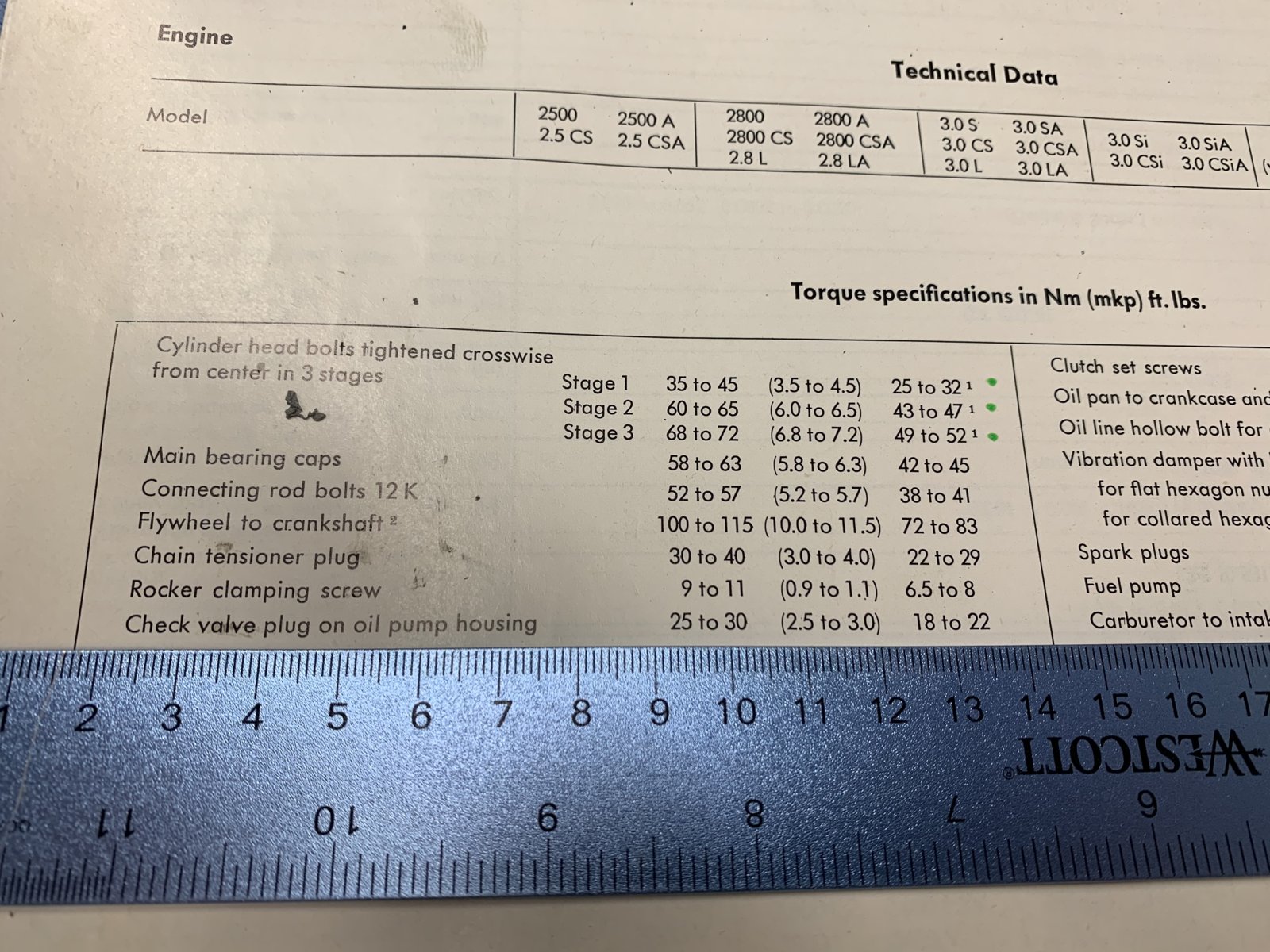