Taiga (originally Sahara) with brown interior, 4 speed manual transmission, and a non-original engine from another 2800/Bavaria (I’ve never been able to read the serial number off of it, I think it’s hidden by a hose?). The paint is beautiful, BUT…the car was painted by the previous owners with the engine in so there is overspray on some hoses and the undercarriage wasn’t repainted. There is no undercarriage rust, but there is some bubbling in the paint on the right rear fender lip that hasn’t really changed in my ownership. Pictures of that and a scratch in the front fender top are shown in the linked gallery. 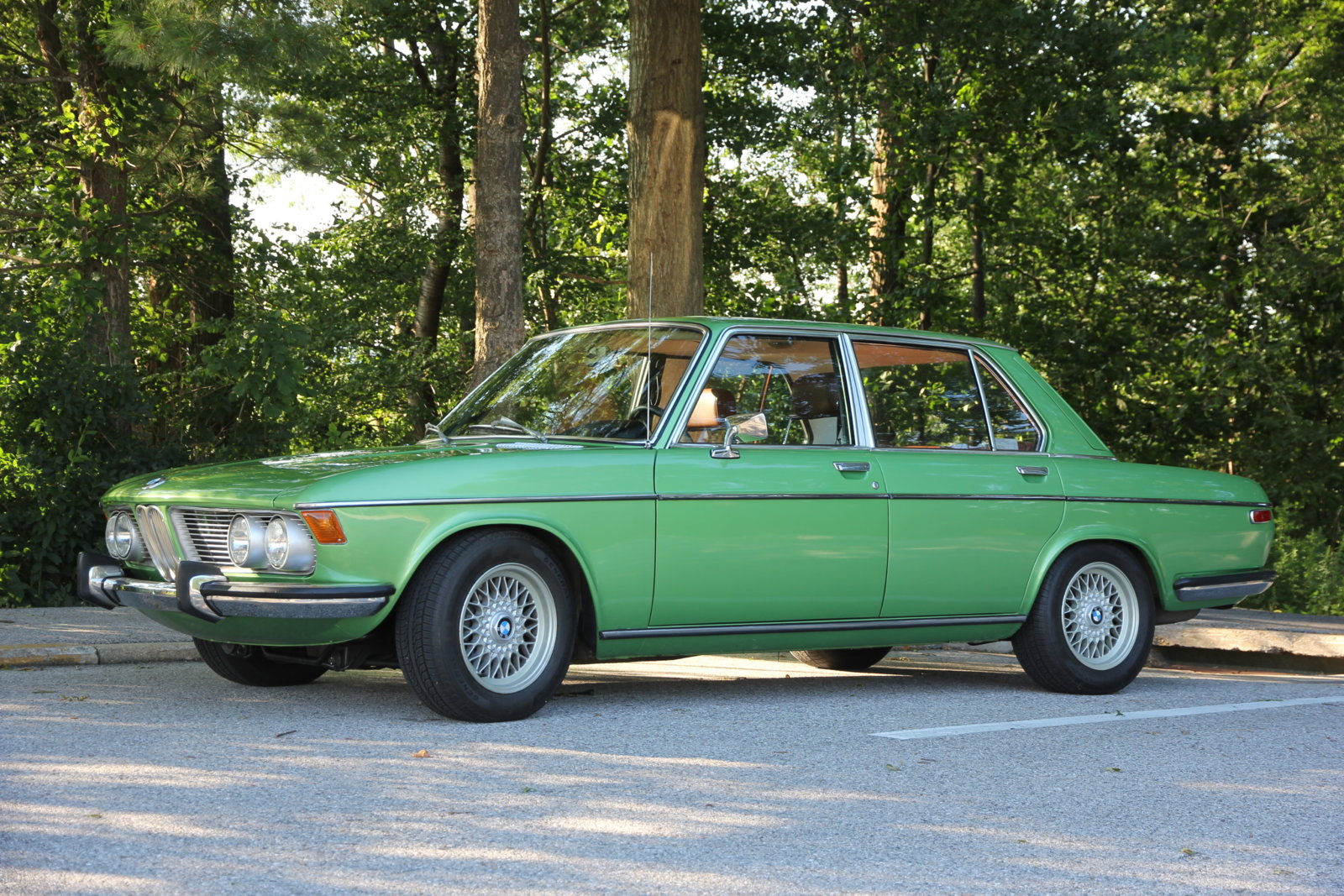 The interior is mostly original and in excellent shape. The original steering wheel will come with the car along with the installed Alpina wheel. The air conditioning blows cold. I replaced the A/C fan control switch because the rheostat on the original one didn’t work very well, but the new one is missing a pin that allows the non-A/C fan to run when the A/C is off. I don’t drive it in the winter so that was never an issue for me, but the original will be included if someone wants to rebuild it.

The odometer reads 7,399 which I believe to be 107,399 based on the documentation (the car was at 91,600 miles in 1988 and not much happened after that). The car comes with records since new including European Delivery paperwork. The car has an interesting history of being shipped back and forth between the US and Europe as the original owner’s job had him floating between locations.

The engine does seep oil, but doesn’t burn any and doesn’t need topping up (granted I’ve only driven it about 1,000 miles per year). In the three years I’ve owned the car, I tidied up the engine compartment; replaced the radiator, fan clutch and some hoses; installed a 123/Ignition distributor; re-bushed the front suspension; fully rebuilt the rear suspension (new bushings and gaskets, and repainted all parts), replaced the exhaust (except for one downpipe I couldn’t get from BMW), cleaned and re-greased the wiper motor, and replaced the front windshield. The front windshield trim is tired, but unfortunately was NLA when I last checked. The dashboard is cracked.

The car is a lot of fun to drive, definitely bigger feeling than a 2002 but much more comfortable. The Taiga paint really brings this car alive, and it gets a lot of attention on the road. 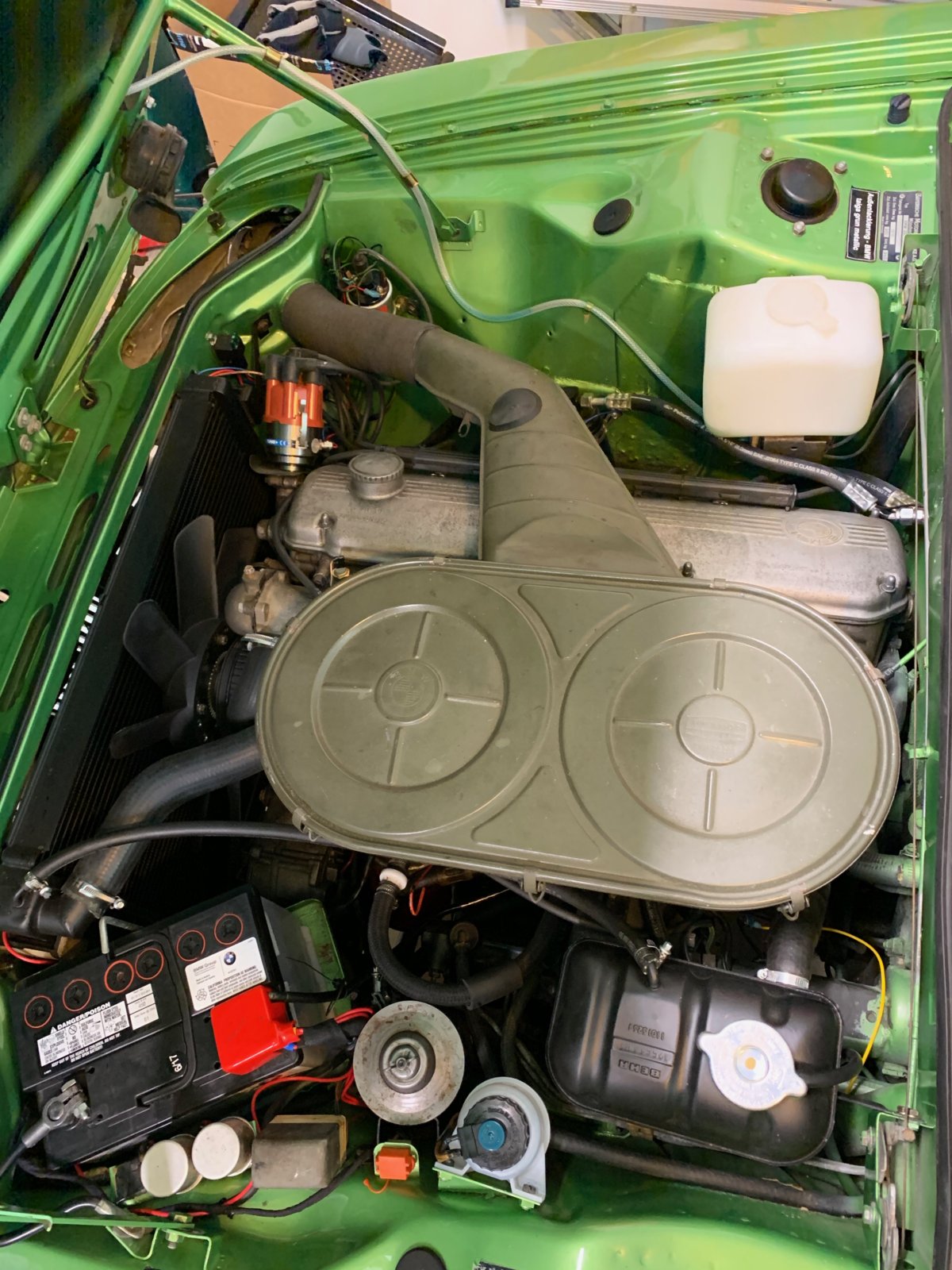 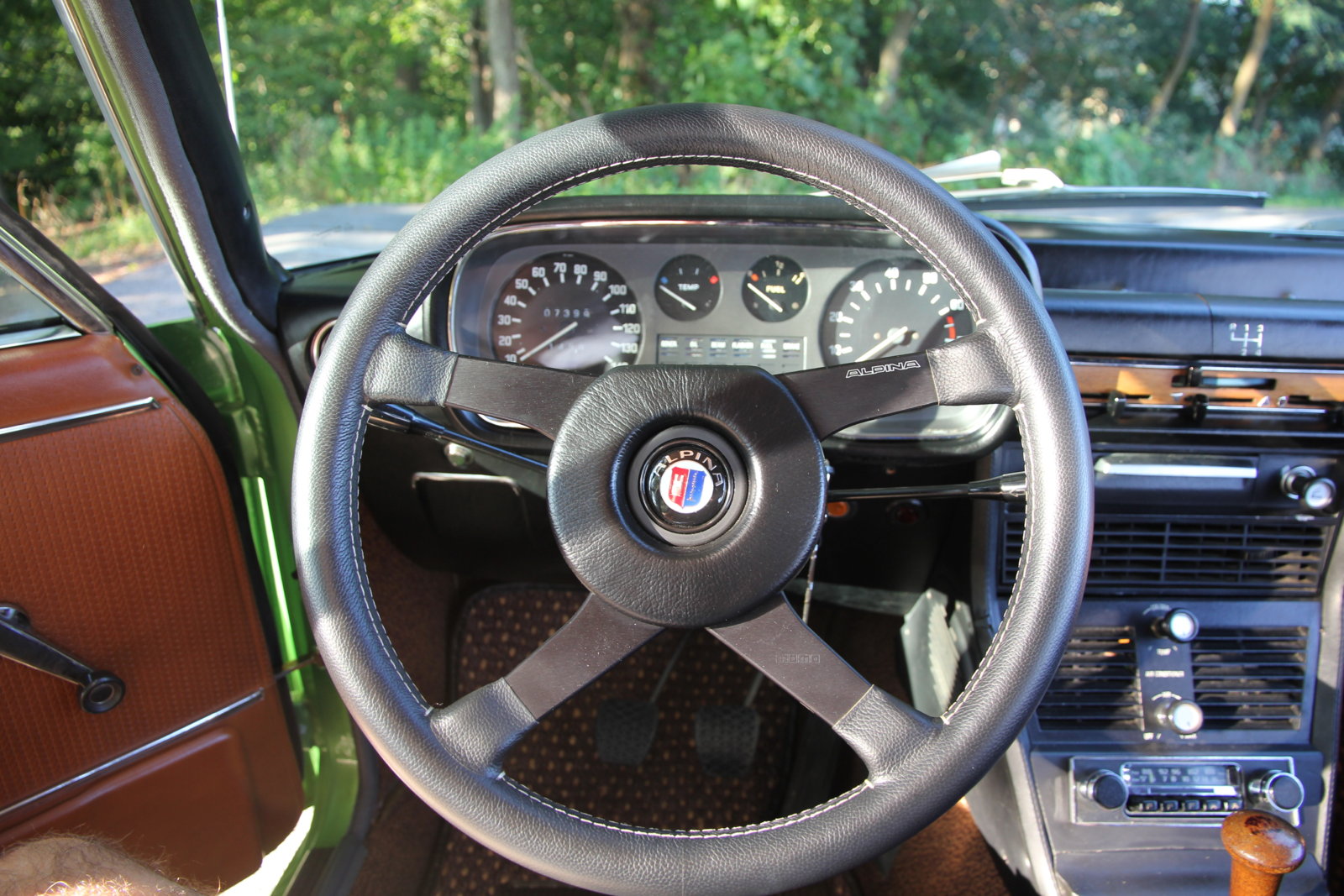 Love this Bavaria, Matt. Good luck with the sale!

Wow, great looking car. Seems like you ought to be able to hold right there on your price. Lot's of potential as is, or with very little additional work.

Why not try BaT? It's a lovely car in an amazing color. It only cost 99 bucks to list it. You'll have to take nice pics but it may be worth a shot. Just a thought...

It's listed on eBay, $16K seems like a fair asking price for a car this well sorted and Tiaga to boot.

Find many great new & used options and get the best deals for 1971 BMW Bavaria at the best online prices at eBay! Free shipping for many products!
www.ebay.com
D

Good luck with the sale, Matthew...didn't know this was your when I saw the Ebay sale.

tferrer said:
Why not try BaT? It's a lovely car in an amazing color. It only cost 99 bucks to list it. You'll have to take nice pics but it may be worth a shot. Just a thought...
Click to expand...

I did talk to BaT early on but we couldn't agree on a reserve price.

MatthewCervi said:
I did talk to BaT early on but we couldn't agree on a reserve price.

Sad they won't take a chance on such a beautiful and rare car. The price of success, they can be too choosy.

Why should any auction house dictate reserve? It should be up to the owner, and owner alone to determine what they feel their car is worth. If the owner is out in left field on price, so be it. That's their problem.

rwolak said:
Why should any auction house dictate reserve? It should be up to the owner, and owner alone to determine what they feel their car is worth. If the owner is out in left field on price, so be it. That's their problem.
Click to expand...

Ultimately they want to make money, and they make money when cars sell. They've probably done the math and determined that they can make more money by having a higher percentage of cars sell, even it the average selling price is lower.

Reserve price is a difficult thing to get right. A low reserve can trigger a bidding war between two or more bidders once it gets passed and they know one of them is definitely going to get the car. But if you only have one bidder then the seller is screwed.

MatthewCervi said:
I did talk to BaT early on but we couldn't agree on a reserve price.

Just thinking that now that several Coupes have sold for good money, they may reconsider. Not sure of the overall quality of your pictures but if you submit five or six really good pictures the reserve discussion becomes easier as they base the reserve number on those. People underestimate the importance of those initial pictures sometimes. It may be worth another try. Howard Swig makes many of the calls on that stuff.
A

I can't believe BAT wouldn't accept a reserve of $16k on this one when they set a reserve of $20k on the one I (and Gordon) previously owned. This seems to be in much better condition and didn't have a wreck under its belt.

Though I think the agent for the Granada screwed the pooch and didn't do due diligence before listing that one.
M

That is so cool! I wish I had a place for it

Just want to give a bump to Matt's Bavaria. I drove down to Maryland last month to see it. Its a really nice well sorted e3 in a great color. It runs and drives great. First time I got to feel a ZF manual trans (later cars have Getrags) with it's precise feel. Ultimately decided to go with a 73 Malaga 2002, (and likely a 68 1600) just needed an m10 in my life. If anyone is looking for a turnkey really nice e3 you'd be hard pressed to find one nicer than this.

Where is it available now? He always does things the right way...I remember his 02 was one of my favorites.

that looks like a very well sorted Bavaria. this really makes me want to get another one. i drove my '73 for 160k miles over 10 years.

dave v. in nc said:
Where is it available now? He always does things the right way...I remember his 02 was one of my favorites.
Click to expand...