I have recently purchased another RHD CSL and it has a very interesting pair of internal door handles/armrests. The pair fitted are hand carved out of wood and whilst they actually match in with the door tops and dash wood they are far from original. I thought I put some pictures and details of them on here to see if anyone knows anything about their history? Did you make them? Know who did? Or even look at buying the car in the past? Do you know of someone selling handle upgrades in the past?
The previous V5's show that the car was once owned by Tim Shaw from car SOS and there is one that shows a G. Michael, I'm pretty sure that the very famous George Michael (not his real name) would have used his actual name but who knows, maybe the wood armrests were his doing? There is info on Lezebre that George owned a CSL but it seems that not much is known about that car, colour, dates, reg?
It was not running or driving when I purchased the car so typically we had to deal with some really poor wiring repairs and amateur meddlers mechanical issues to get it going and stopping ok, now all the items are working properly and the car is now road worthy (at MOT while I type this) and drives well. After a thorough assessment I have what appears to be a very genuine car, yes it has had a 1980's blow over in white (originally Inka orange) the front wings have been replaced and the rear wheel arch/ quarter panels have both had outer arch panels stitched on and filled but the car is probably the most original E9 we have personally seen underneath and structurally. Unfortunately the VIN plate is not fitted, the holes where it rivets on the O/S turret are filled and painted over so I would assume it was lost during the blow over in the mid 80's. It has a tax disc that says 2005 so has possibly been off the road since 2005/6.

Any information on the car would be great as I would like to know as much as possible about it. Happy to share the reg number and chassis number in a PM.
Thanks to @daddywad for supplying me an old photo of the car in the 1980's.

*And before anyone says anything, yes I know it has speakers ruining the otherwise very good condition door cards. 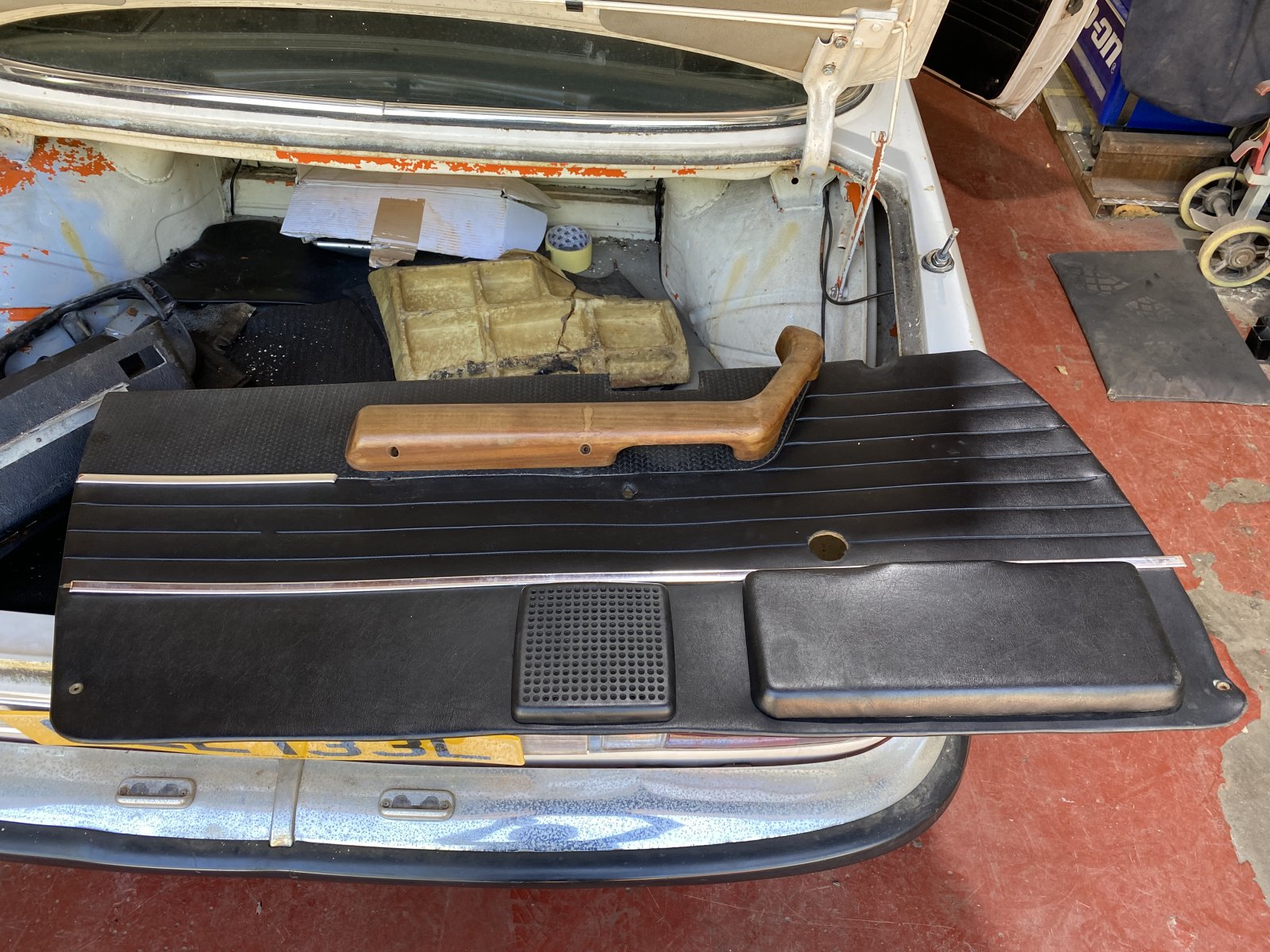 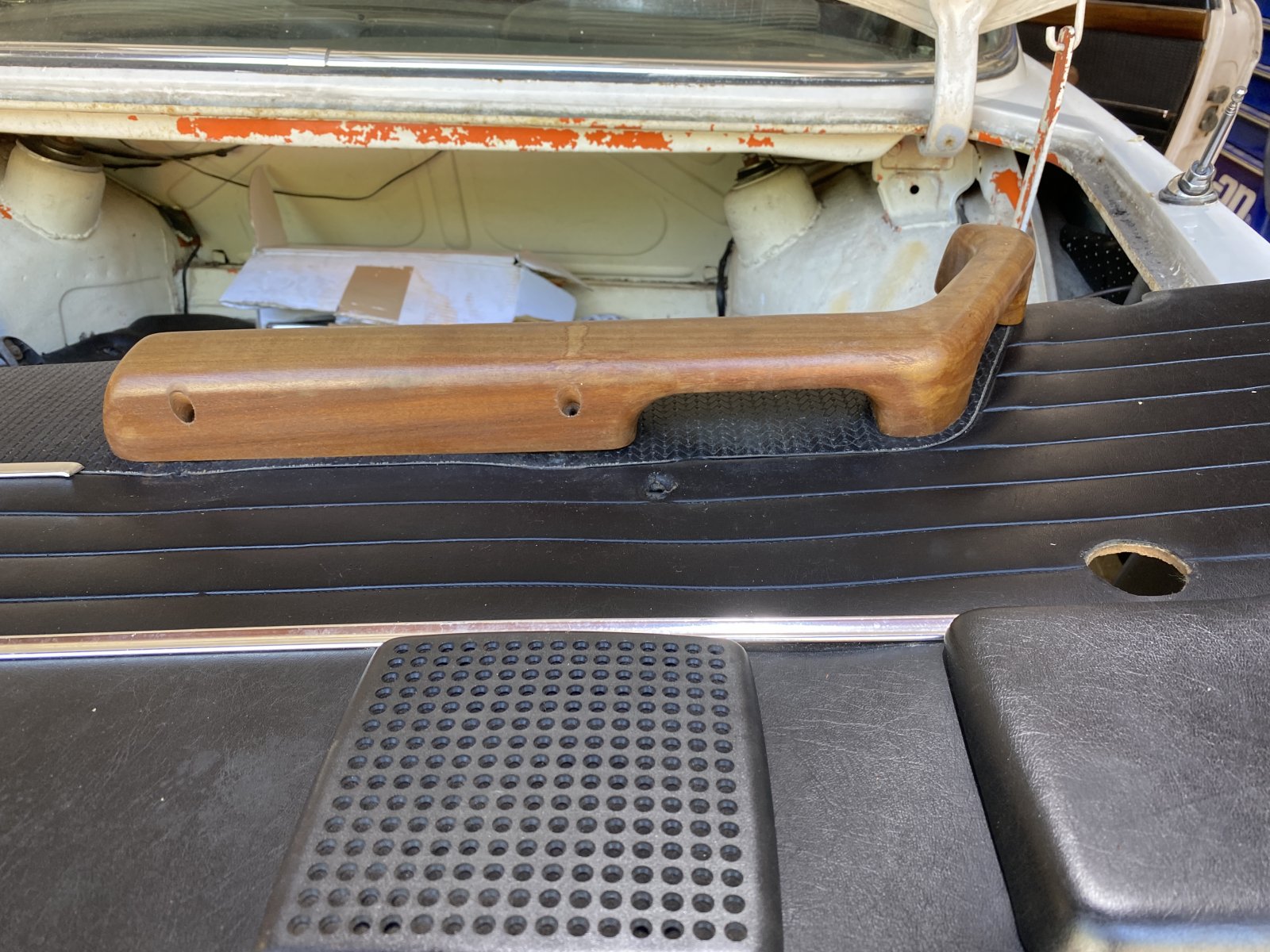 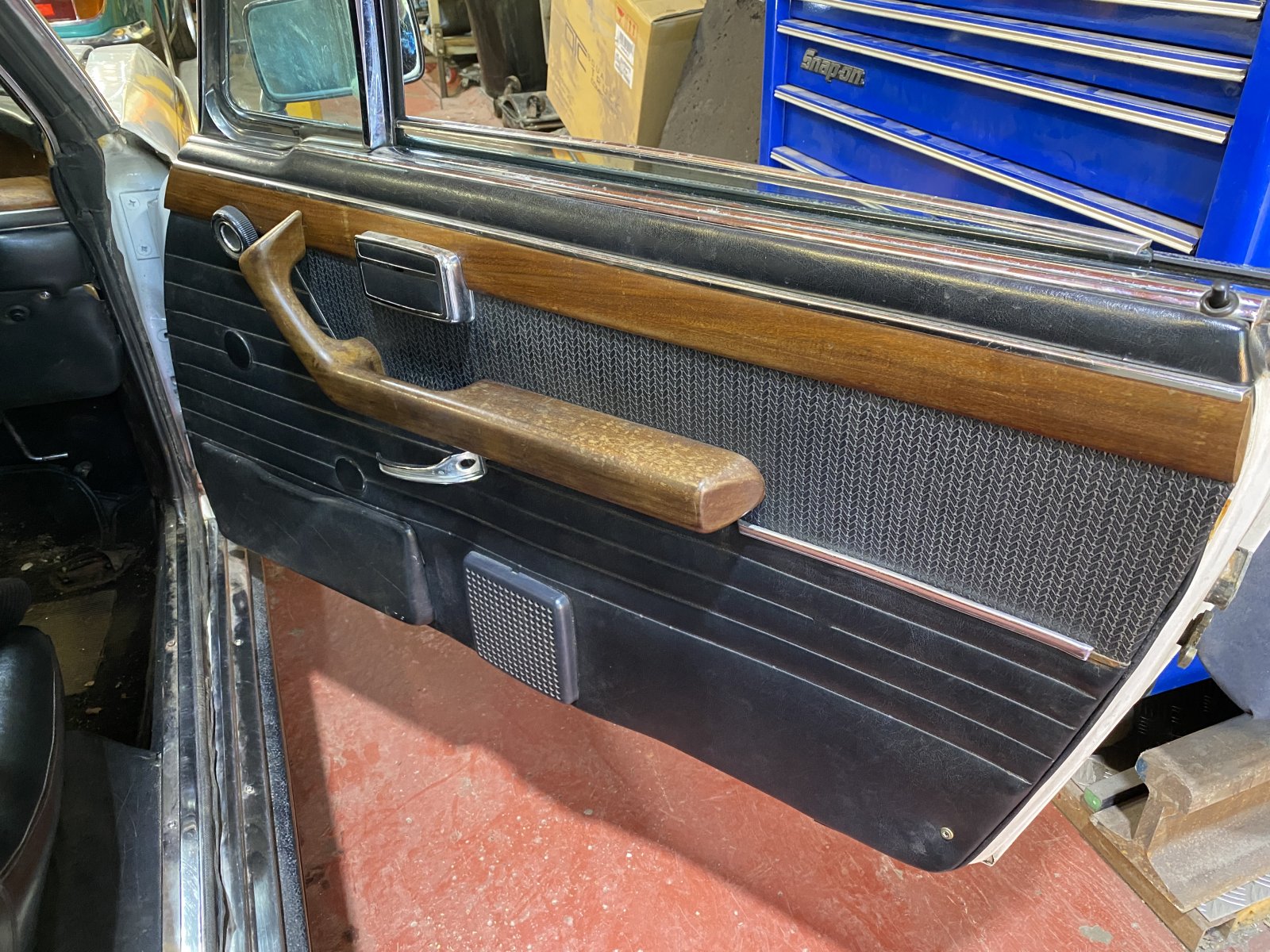 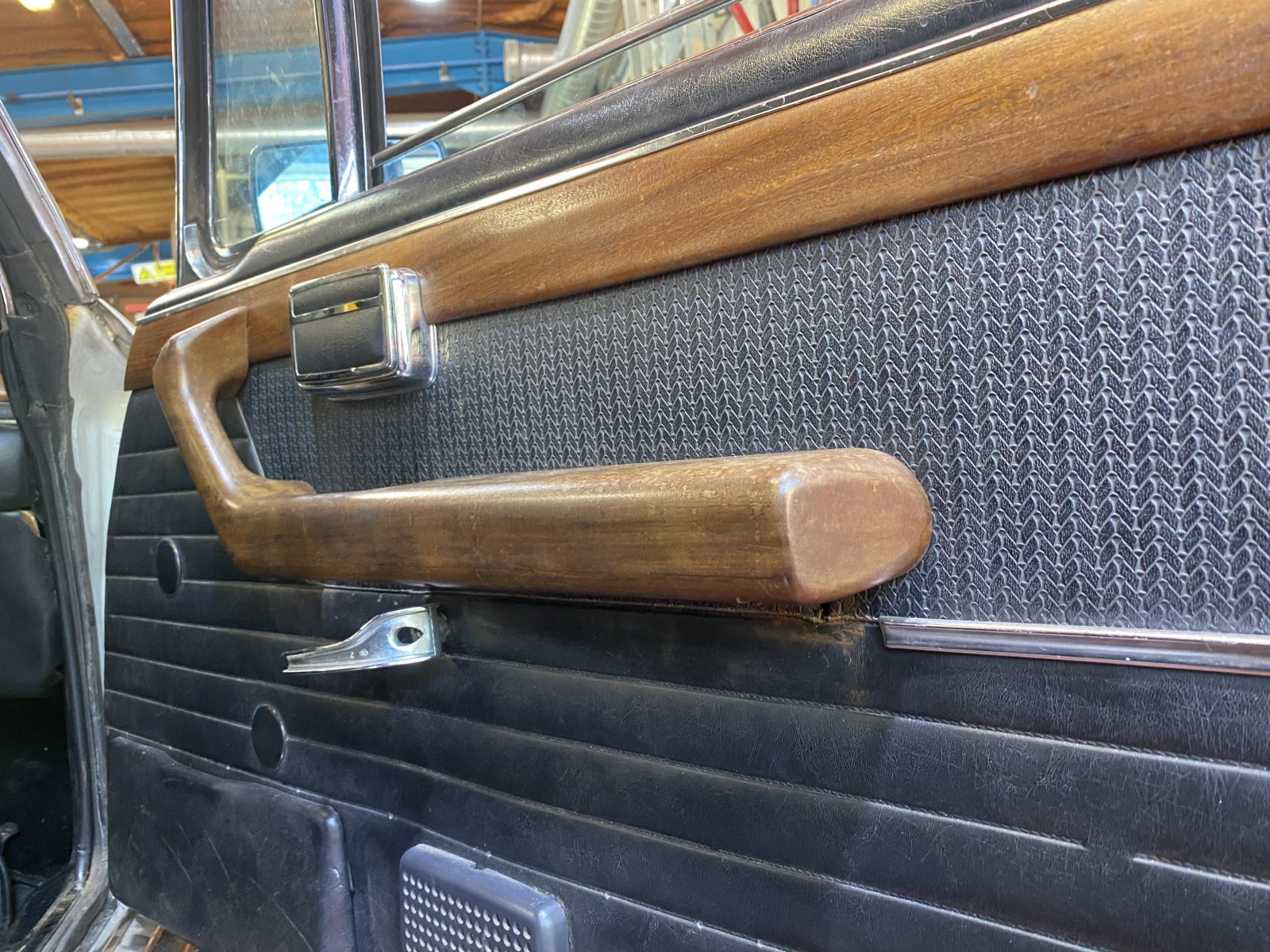 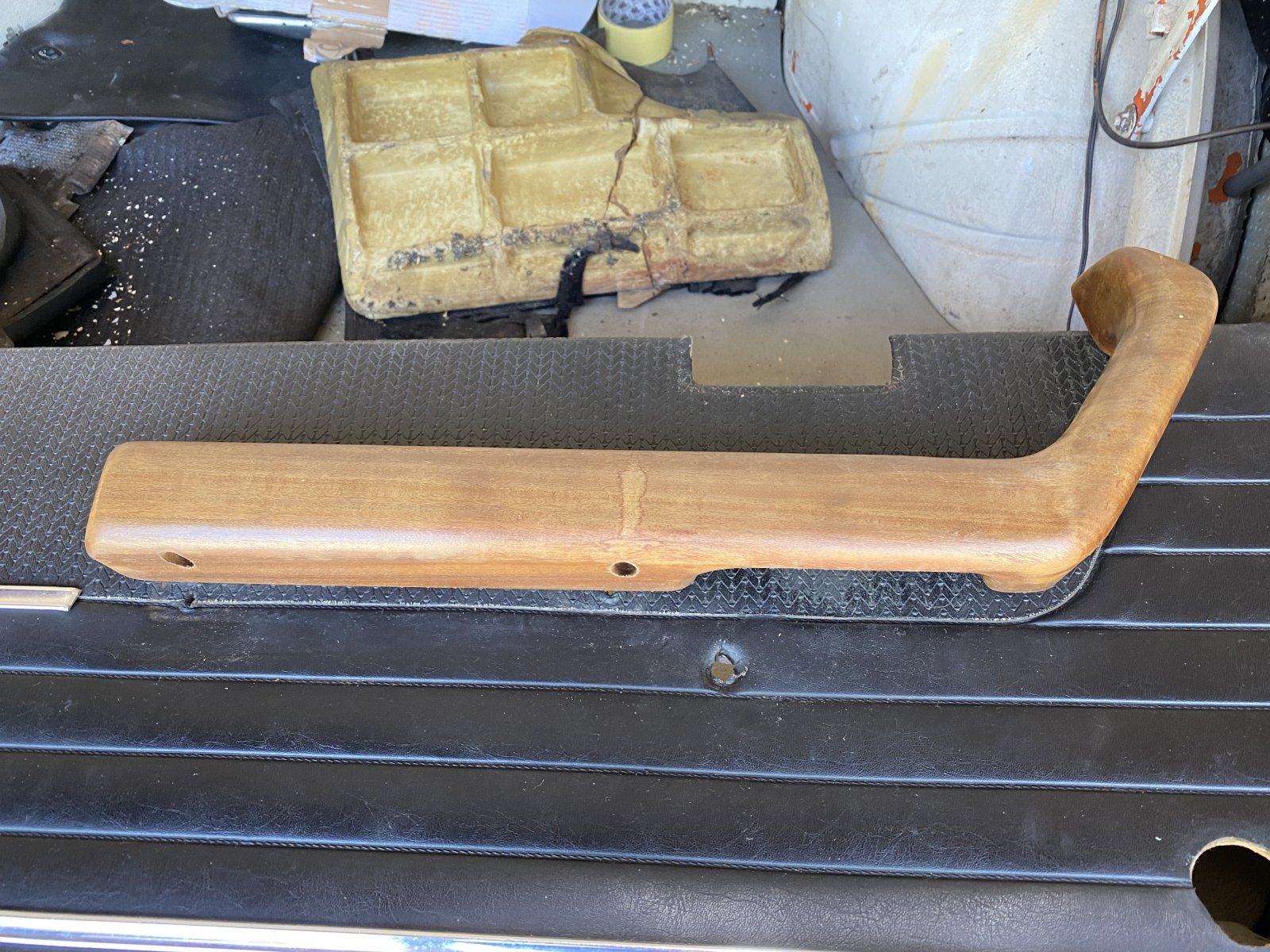 Very interesting John. Sadly I can’t help with the history, even though my name and middle name is Michael George I’m not the “ G michael” you mentioned.

good luck with the search.

Michael Kaye said:
Very interesting John. Sadly I can’t help with the history, even though my name and middle name is Michael George I’m not the “ G michael” you mentioned.

Close then but no cigar!
Paul (not John )

Paul Baker said:
Close then but no cigar!
Paul (not John )
Click to expand...

sorry Paul, I don’t know what I was thinking (I’m tired!)

Odd and interesting...those weren't exactly easy to make and started life as a very serious chunk of timber.

Jay, I don't think it was too difficult making those if one had the original as a pattern... just a block of decent wood, a saw or bandsaw, block plane, sandpaper, varnish, plus time and patience. Most of us have the time while we've been in lockdown, unless attending various protests of this'n'that.

Anyone want to call me out, PM and we can set a price and satisfaction level. I'd start with mahogany because it's easily worked, but koa is also available, and/or other woods as may be found. Lamination using woods of different grains or colors offer additional visual possibilities. I'd like to execute the rear of the piece with an eased slant cut rather that the visually unexciting rounded form shown.

What I really like is the wood grab rail running across the dash, always have. It's seen very seldom - can one of the wizards explain which cars had that?

Honolulu said:
Jay, I don't think it was too difficult making those if one had the original as a pattern... just a block of decent wood, a saw or bandsaw, block plane, sandpaper, varnish, plus time and patience.
Click to expand...

Oh, I could make a pair without any problem. It's just that the left wouldn't look anything like the right!

What I really like is the wood grab rail running across the dash, always have. It's seen very seldom - can one of the wizards explain which cars had that?
Click to expand...

I'm hardly a wizard on these things, but I think the wood grab rails were only used on the 2000CS. The 6-cyl cars had the vinyl wrapped rails.

Hey, if you're into wood, check out the dash tray on the 2800CS that failed to meet reserve on BaT today: 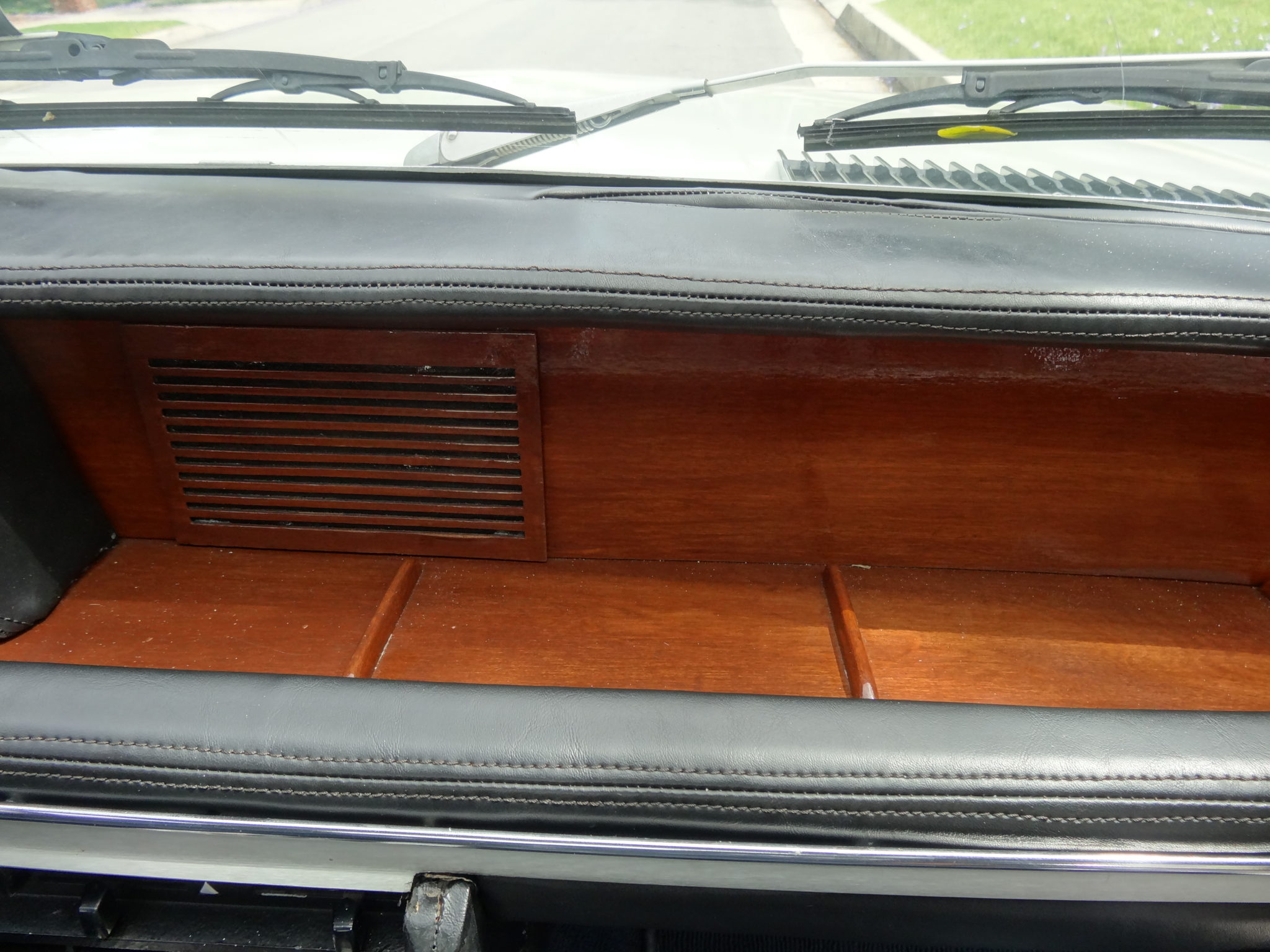 Perhaps the handles are factory just not from an E9 or possibly even an BMW.
I seem to recall some Euro cars of the 1980s and 90s having wooden grab handles.

Soft interior materials and duller finishes were required in the US by at least 1970 by the DOT. Those look hideous.

As I get older, I seem to appreciate wooden accents more and more. Vintage Airstreams, Chriscraft boats, really old elevator cabins and so on. Here we have this E9 armrest made out of some piece of wood. Well, I never imagined that, but I think it is most appropriate. Just my opinion. Someone spent a great deal of time to create this piece that would complement the interior woodwork inside an E9 and full credit must be registered. Never thought of this until now, but a very nice feature. Completely a matter of taste. But I like this .
D

If we had a broader angle to the picture #3, showing the UK/RHD dash with the wooden grab bar, it would possibly look even more natural...

To me it is just too thick and clunky, no svelte shape like the original.
D