Last weekend at the Classic-Gala in Schwetzingen, Germany.
<https://e9coupe.com/forum/threads/e3-wundercar-at-classic-gala-schwetzingen-germany-sep-3-5.38688/>
A three-day success in a most beautiful garden under the brightest of suns. Lots of curious visitors. The owner was very pleased and so was the whole team. The Inka and the California got awarded in their class. We loved it. 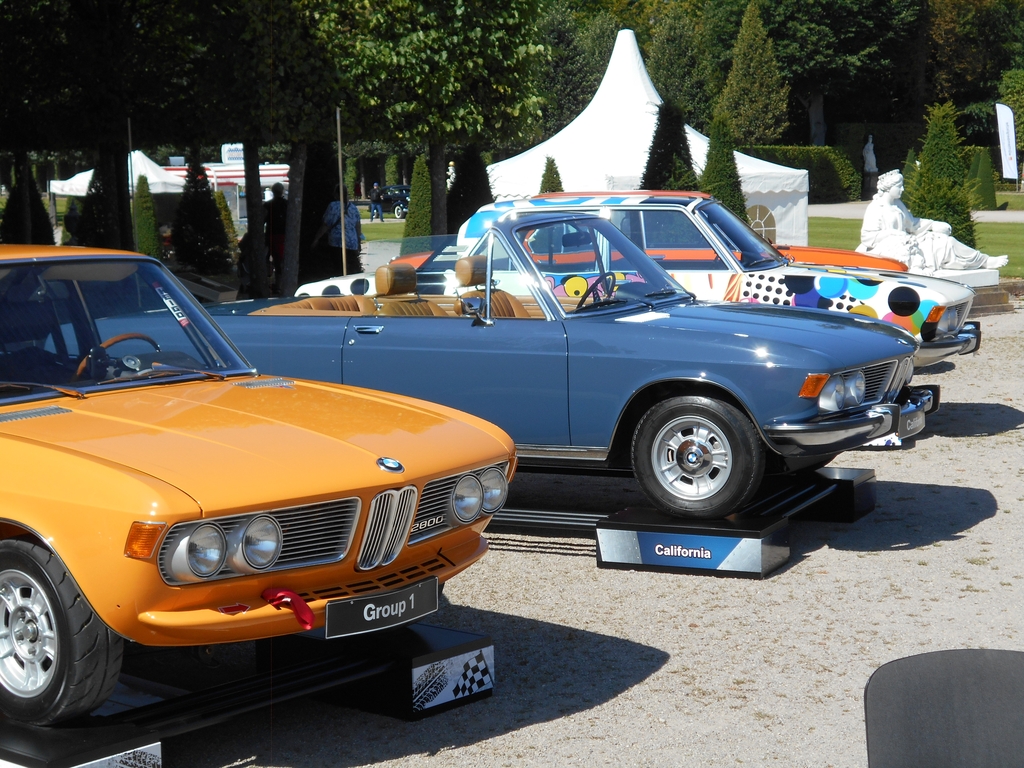 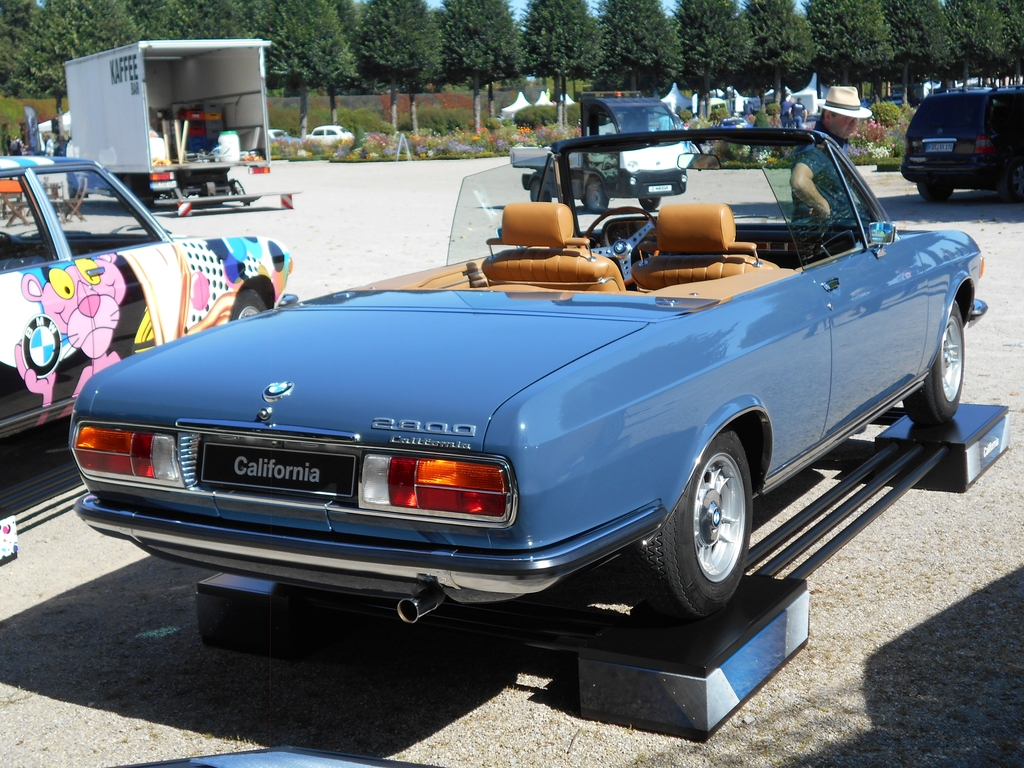 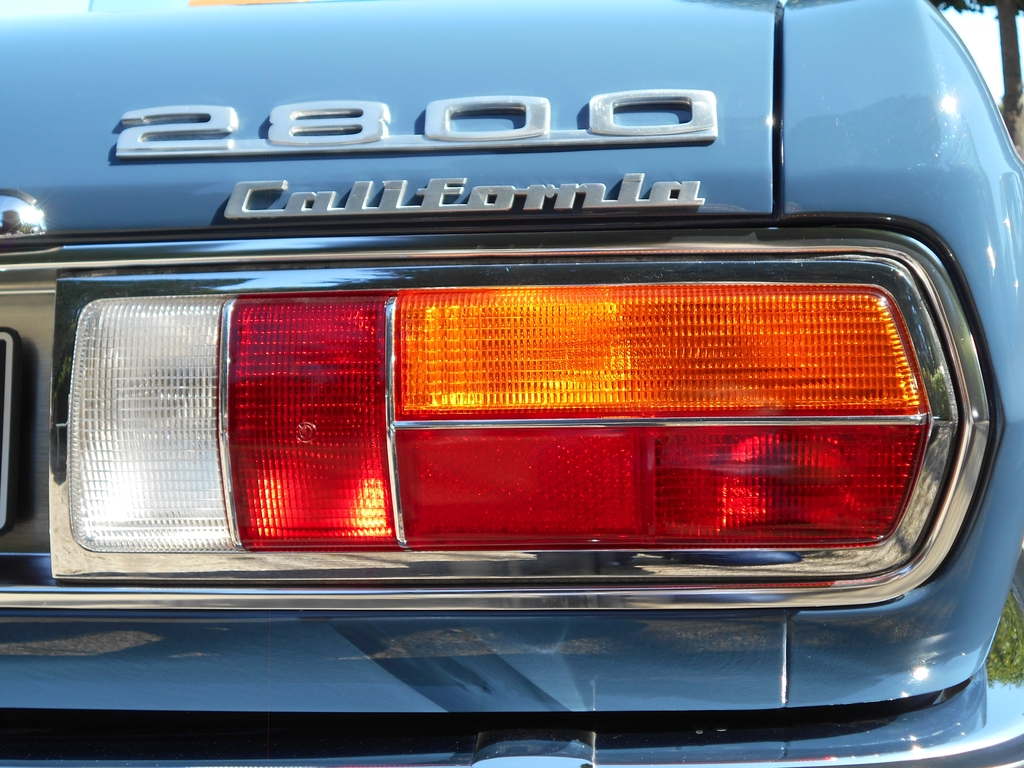 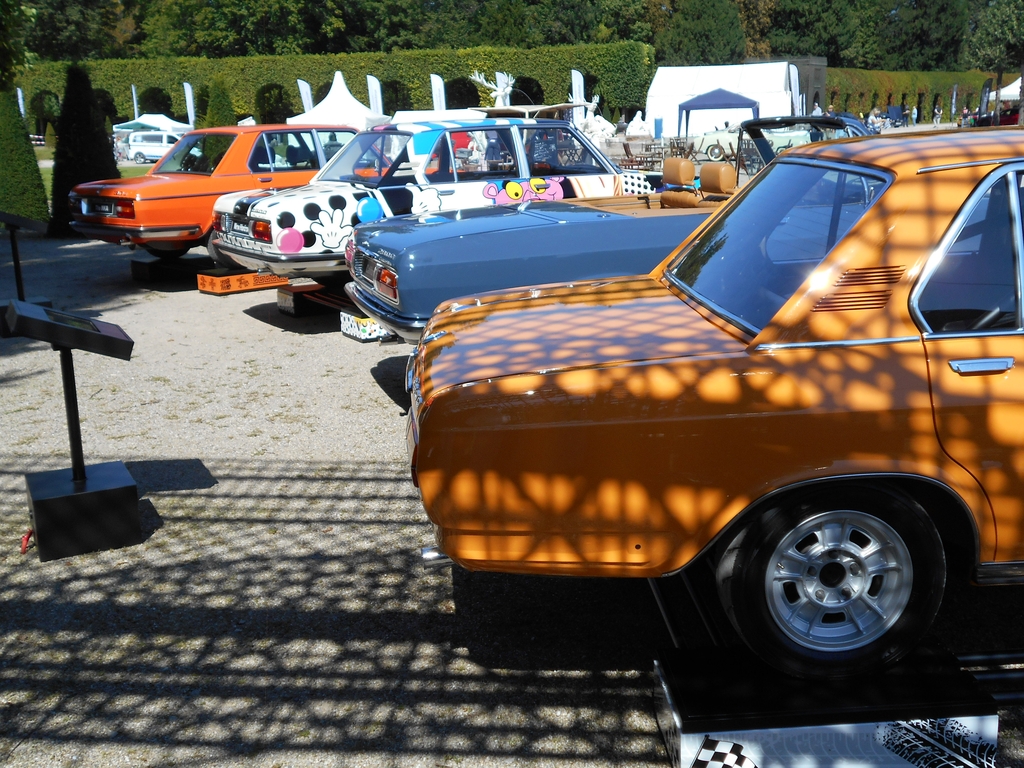 Love the California!!! And the Inka is a close second.

WTB - California badge. I'm having a bit of trouble finding one.

They are beautiful and special cars for sure.
C

Thank you so much for your kind and enthusiastic answers. The owner really appreciates every single one. Whenever possible, he stepped back that weekend and watched the visitors' reactions. He even loved it when people took somebody else for the owner. It's the cars that matter.

Some words about the Wundercars. The term "Wundercar", you all know that, is taken from the BMW of NA (Hoffman?) campaign for the E3.

The New Horizon is primarily a piece of art yet fully functional. The exterior is stunning in every respect and it makes you smile, just as intended. It was presented with windows wound down rather for philosophical reasons (New Horizon) than to show off the interior. First series dark blue cloth with no signs of age.

The Inka is just a car. The whole thing looks as if it just came off the assembly line on a day when all production workers were at their best. The one to get envious. Makes one think: If only my car looked one fourth of this.

The California came out as an open car. The intent was to show how beautiful the lower part of the shell is. Thus, the roof was removed (and the doors lengthened, the chassis reinforced etc.). Which leaves the torpedo-shaped part to look at.

The Group 1 is the one for special occasions. In a few days it will participate in a historic hillclimb race in Switzerland. Most uncomfortable with its rollcage and lack of sound deadening material. Appeals to most because it is an adolescent boy's dream. Finally found the courage to tell the owner. His answer was: "Exactly".

Thank you very much again.
C

Any other pictures of the Inka E3 available (the one on the far end in the above picture)? I would love to see some high resolution pictures of that car.

And yes BMW sales in the USA were under Hoffman's control in the Bavaria days, and he came up with the "Wundercar" ad in 1971. In 1982 when the E3 registry was established, Wundercar was used as the tile of the newsletter. It's been many years, but I still recall Mark Borkowski approaching me at a Korman Autoworks open house in early 1982 about my thoughts on a registry. It turned out to be instrumental back in those days for a few years until it faded once ownership of it was transferred. I bought and sold many parts via the Senior Six registry back then.

Lovely cars indeed I like the group 1 especially. What color is it? Colorado?
C

The Group 1 is Colorado alright. The sand-cast Pedrini were fitted in preparation for the hillclimb this weekend. Usually, it sits on simple black steel wheels that make for a very determined look.

Unfortunately, we took very few pictures of the Inka. Why, is a mystery because everybody loves it. This one is by my friend Fritz when the Inka was on the way to the award presentation.

So the American E3 registry is really old, I'd like to learn about your early and/or active years. The German-based E3-Club was officially founded in 1990, even then the E3 was nothing but a cheap old car. I joined much later, by the way. Good thing is the E3-Club is very alive. We held our annual gathering last year and next weekend we will again. 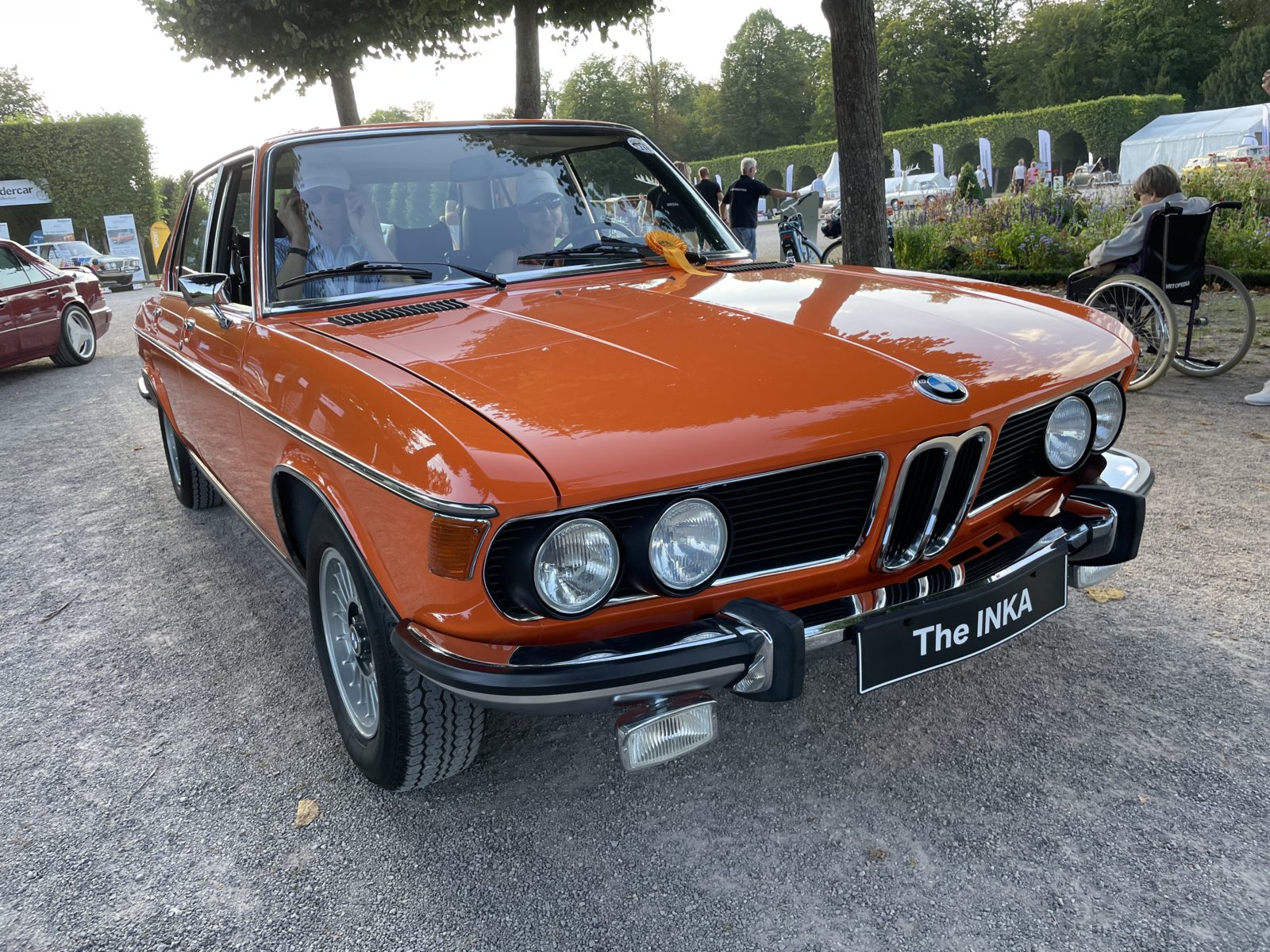 Christoph said:
So the American E3 registry is really old, I'd like to learn about your early and/or active years. The German-based E3-Club was officially founded in 1990, even then the E3 was nothing but a cheap old car. I joined much later, by the way. Good thing is the E3-Club is very alive. We held our annual gathering last year and next weekend we will again.
Click to expand...

There is a now old write up on the SSR (Senior Six Registry) history here: http://seniorsix.org/info/history.html It briefly mentions the early years. I would say it was most active up through about 1986 or 7. Then it went dormant for years when the administrator simply went quit publishing/responding.

I don't think there is any SSR any longer, but I honestly don't know. I'm sure there are members on this forum with more information of its recent years activity, if any. Although I found my old Bavaria (that I sold in 1994) back about 15 years ago and then followed its later purchase, the car was profoundly neglected and no longer of interest to me to reacquire it.

That Inka E3 is unbelievably beautiful! Thanks for the picture!!

I think it is dead and gone.