In an effort to continue to demystify BMW's part numbers as it relates to what the part actually looks like, here are photos of a new bakelite spacer for the Zenith 35/40 INAT carburetors.

I primarily purchased them to obtain a definitive seal via the O-ring on the idle circuit and eliminate that variable as I completely rebuild engine and carbs. Not as easy as it sounds to drill (mill) a flat-bottomed hole half the depth of a specific size o-ring and have it all seal on both sides, unless you have suitable equipment (a Haas TM-2P would do...). At least not without spending more than the $38 (before discounts) each spacer costs.

The pictures below show the 184 (why a Mini logo?!) and the original from my '73 3.0CS (Euro). The only difference is an extra hole on the new one which is superfluous on my Zeniths. 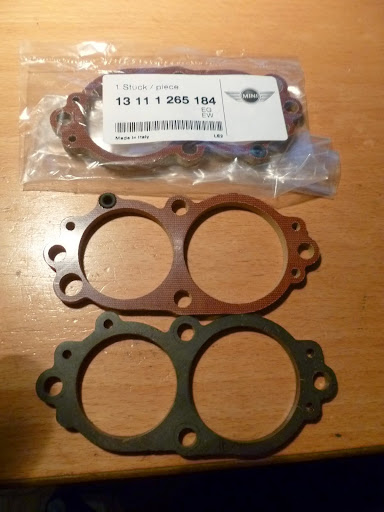 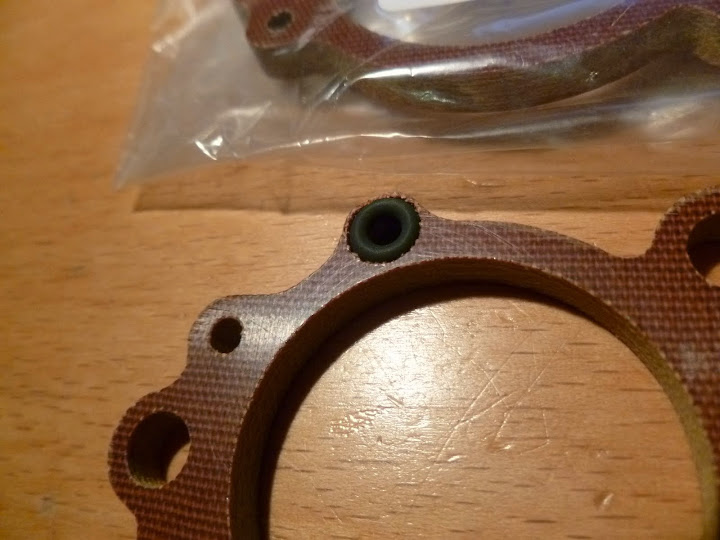 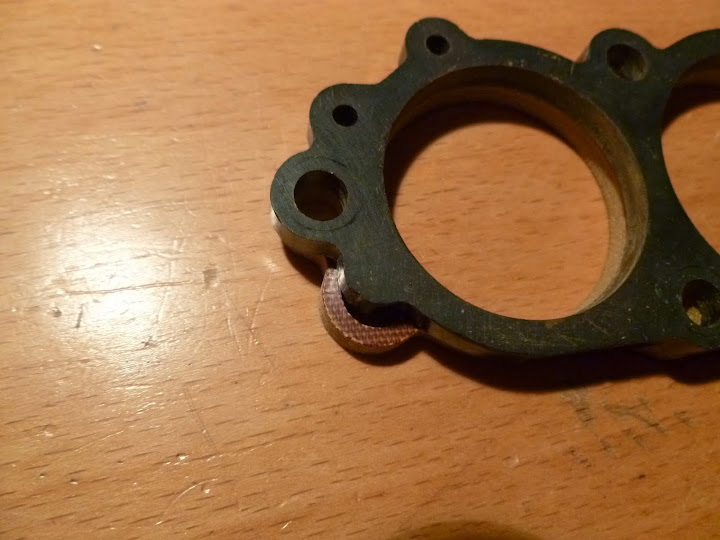 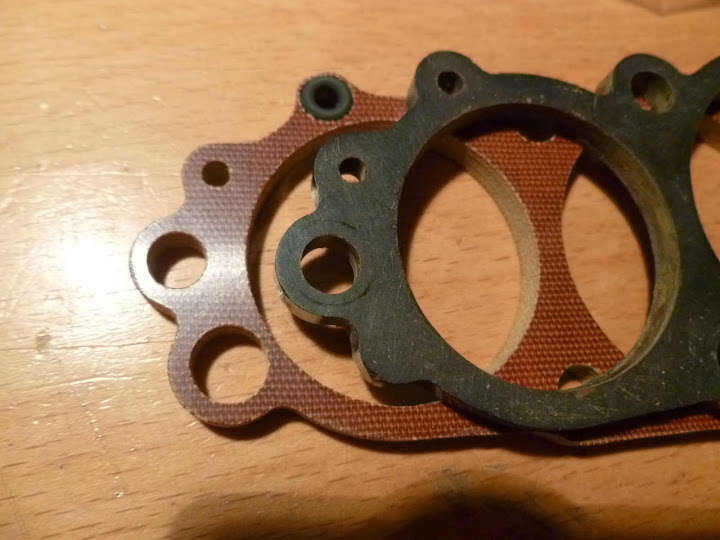