Here's my old 73 with the same guards in question so they appear to be correct on the eBay car.

execmalibu said:
Now I am no expert but either all of the other E9s on this site have their guards on wrong or the car offered for sale is wrong...
Click to expand...

If you look closely, the profile of the rubber on the overriders is completely different than the pre 73 coupes. There are several differences as well. The 2 mounting bars in the middle of bumper that attach to the front subframe are of different construction. Pre 72 bars are straight with a few bends where they are mounted to bumper. 73 bars were slightly longer and have a Y construction where they are mated to bumper. The extra length was needed to meet the new DOT bumper regulations. Due to the fact the front bumper was pulled out a few inches, the bumper mounting points on both sides of the front fenders were also pushed forward, hence new thicker plastic spacers were fitted. Pre 72 bumper ends were fitted with strips of plastic only.

As previously stated, the rear bumper was probably fitted with a pre 72 version or the original 73 bumper, but deleted the 2 oval metal loops that extended the bumper

The bumper guards are installed correctly. My '73 CS was purchased with 28,000 original miles and the guards installed as follows:

As stated several times now, the North American `73 coupes had a unique inverted rubber guard, the chrome guard is however identical. If you flip over a pre-`73 rubber guard it doesn't look anywhere near the same, the earlier guards are more square. BMW also did this to the `73 e3 and `73 2002 (not upside down though). It is a 2 1/2 MPH bumper and it `74 it became the 5 MPH bumper solution per the DOT.

The rear bumper looks original as well, it has plastic covers for the license lamp holes because these were mounted to the tail panel beginning in `73.
E

I learned something new today!!!

THANK YOU guys for the new info...

I hope they sell it for that amount. For a change, lets see coupes appreciate around here..

bfeng said:
I was being sarcastic..
Click to expand...

I have to admit I had never seen the term "body on restoration" before. However, I have seen ads for unibody cars claiming a "body off restoration", so I have to admire these guys for being precise, as well as for creating a new term.

These pics ought to show the different contours of the 2 bumper overrider rubber inserts currently discussed. 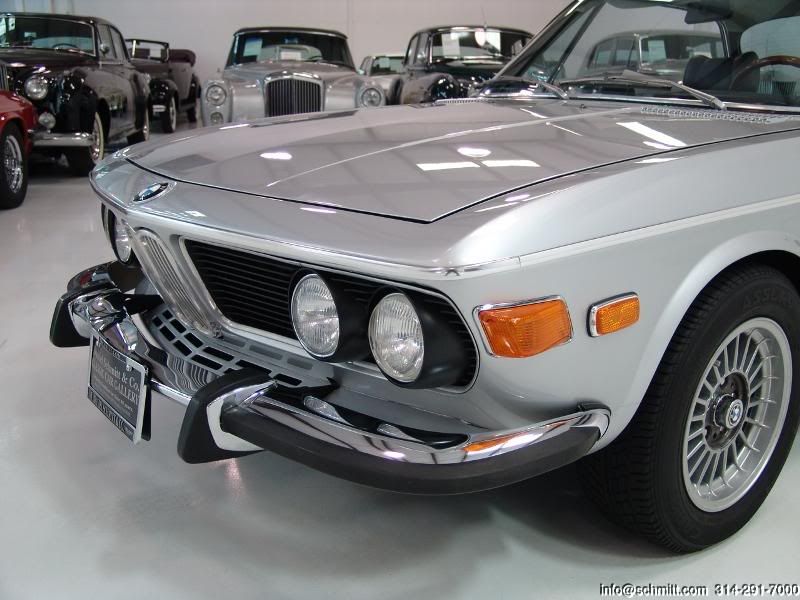 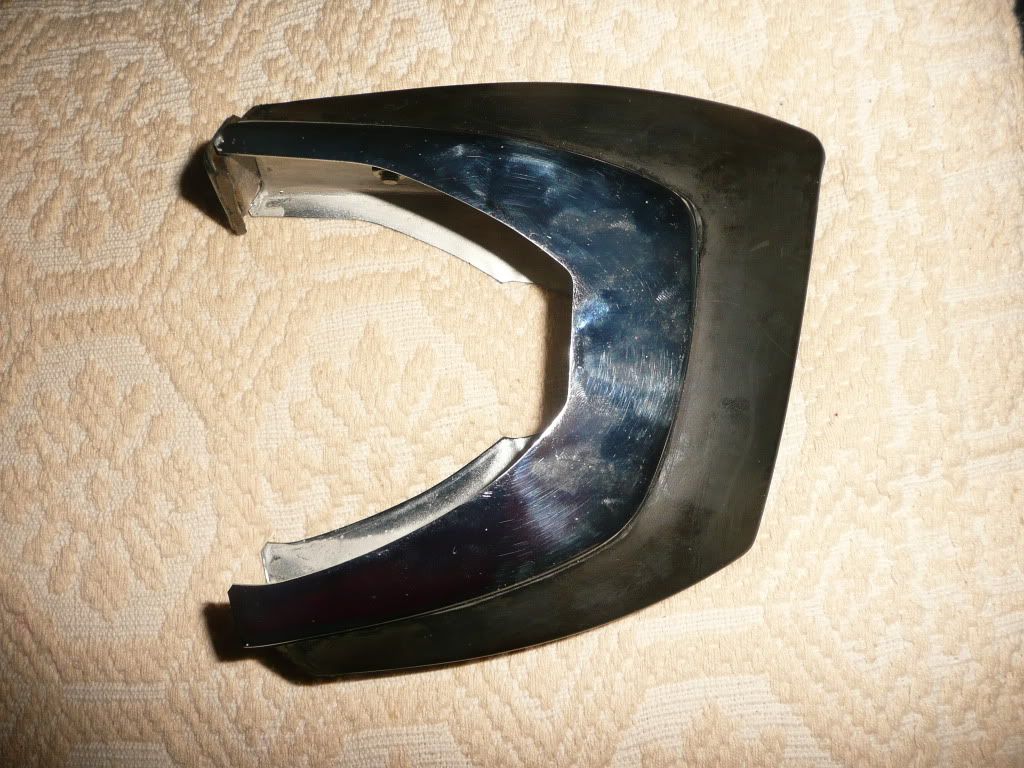 Spacer for 73 bumper ends...needed to fill gap between fender and bumper due to new fender mounting hole locations. 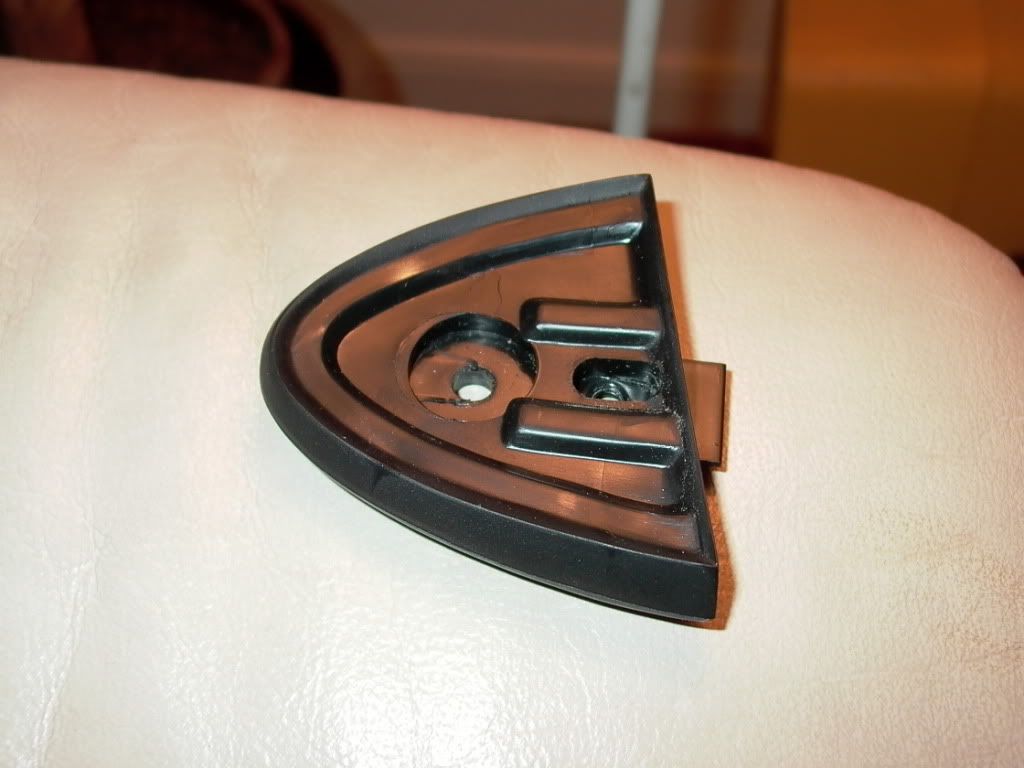 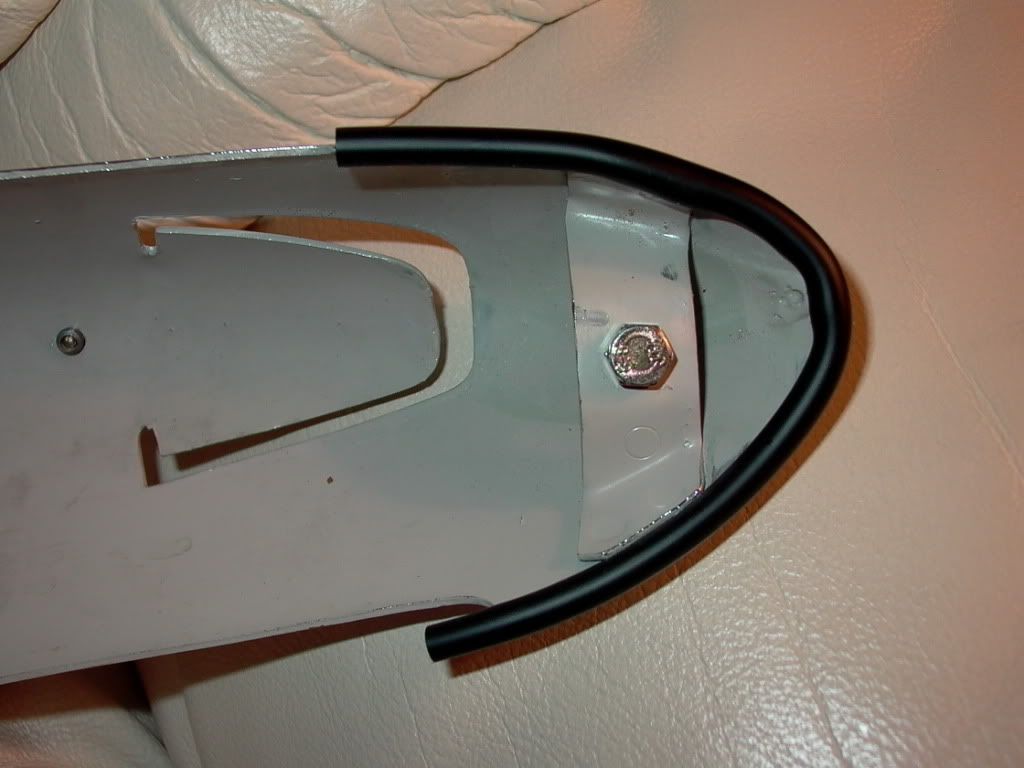 Could turn out to be a bargain:

This car qualifies for a

The switchover was the "start" of `73 production for North America, this is confirmed in the original orange parts books. When bumpers were repaired/replaced only the earlier guard rubber was available.
D

Well, just called the dealership to get some information on the car and it has been sold for the full asking price. Whether that was $46,900 or $54,900 I wasn't told, but it sure was a stunning car.

Cars built for 73 model year US market requirements were pointy side down. Period.

if this sold for full price, i think it confirms our thread from a few weeks ago that $50k seems to be top of the market right now for a pristine cs.
E

while everyone was discussing the bumper over riders didn't anyone notice that the bumper ends are not level and square to the grill opening?!
Ernest

He probably sold it for the full asking price to a private Nigerian "business man" who will wire the funds directly to his bank account as soon as he is provided the number....and he is given proof of shipping.

I examined this car on Friday night February 25th prior to its sale at the Palm Springs auction on Saturday the 26th of February.

I had known this Coupe from several years ago and seeing it at night in a poorly lit setting did not allow having a really critical look that i would have preferred. My Son and two auto collector friends were there as well and based on our collective viewing of paint, metal. exterior chrome and trim items, my gut feeling was it was well worth the then asking price.

My understanding was the owner had consigned the car and the consignee was willing to sell for less--about $25,000--than it brought in the auction which I understood was around $28,000.

Occupied with the Desert Classic activities while in Palm Springs did not allow m to attend the auction. The St Louis outfit that bought the car had it on the transporter on the way to SL before I could intercept it the folllowing Monday.

I volunteered to the dealers representative that I had known the car from several years ago and questioned the stated mileage. They then wanted to ask several questions of information about the car--I declined to disclose or discuss same.

Had I been less occupied as stated one of my friends here in Newport who had previously purchased two Coupes from me over a several year span had asked me to be on the lookout for a really nice silver/blue CS with stick and sunroof. Too bad it sold at auction as I would have recommended it as one of the nicest I had seen in quite awhile. The nicest was a documented identical Coupe that I handled a few years ago and now resides in a fine collection in CT. It was a concours car--this one appears to be an excellent example.
Last edited: Mar 24, 2011