just to complete the documentation of the seat restoration i am adding the frame details: 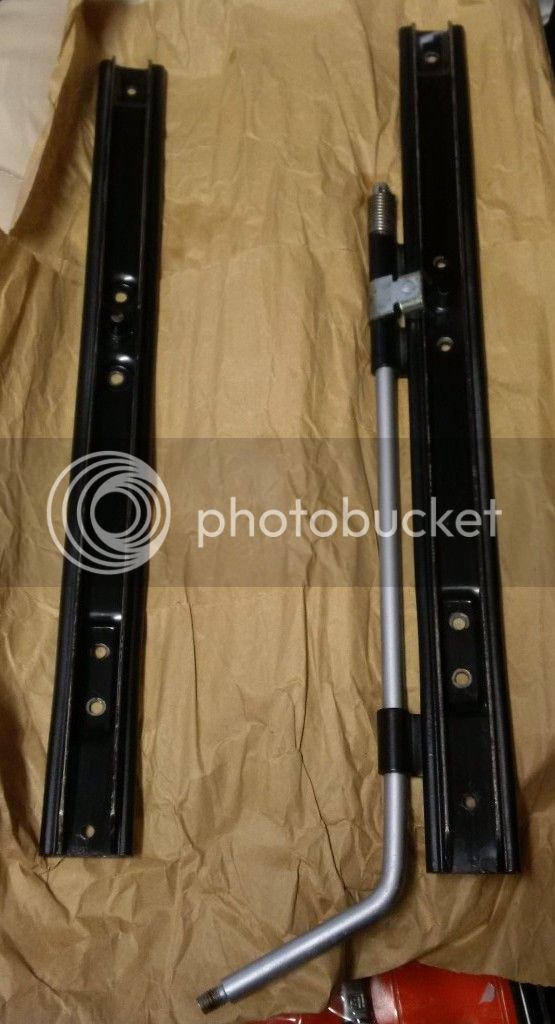 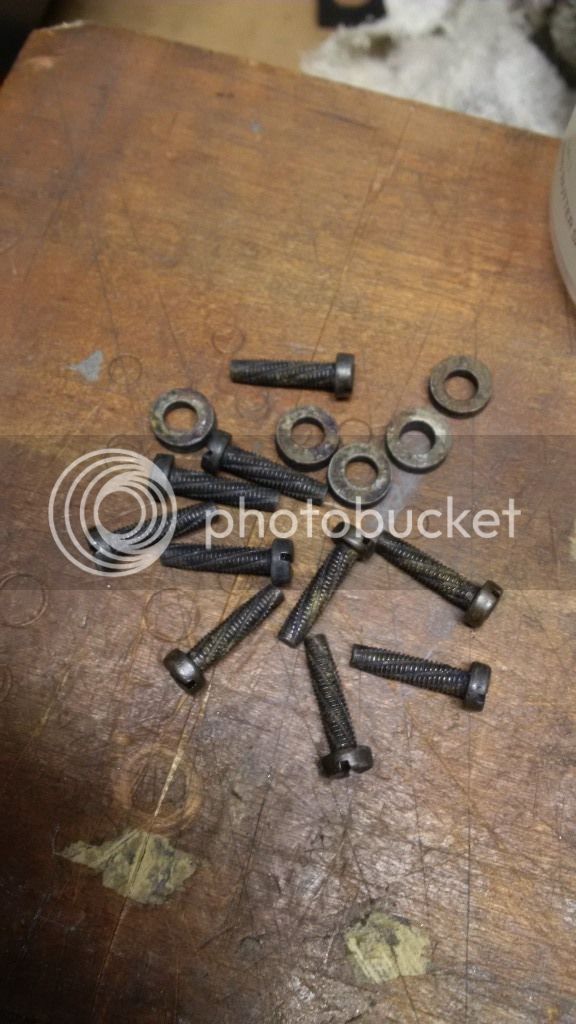 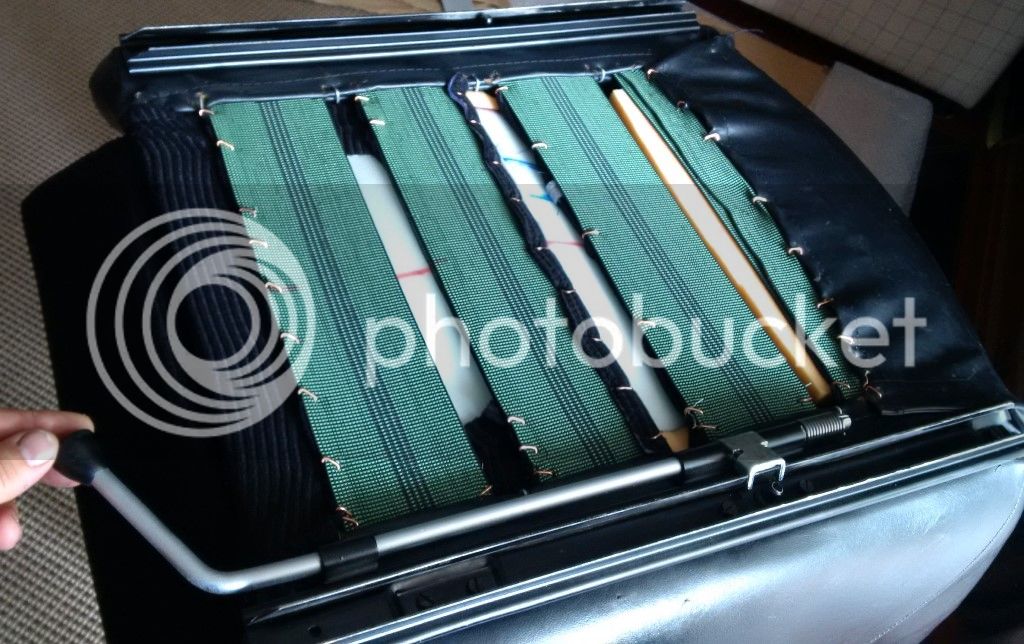 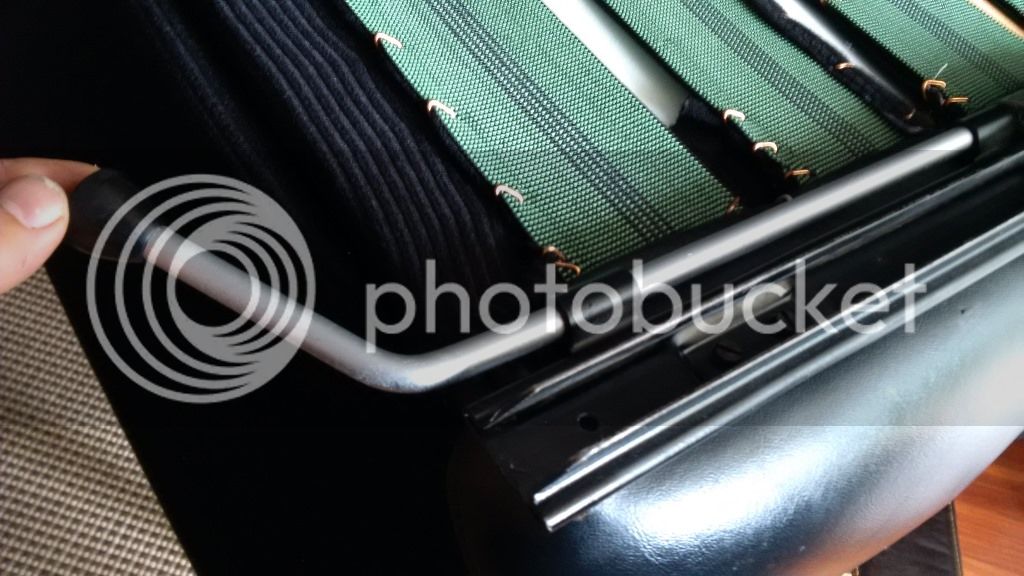 found this tiny poker card inside the seat, so i am puting it again inside the upholstery so a next owner can find it inside again and ask the same question: WTH ? 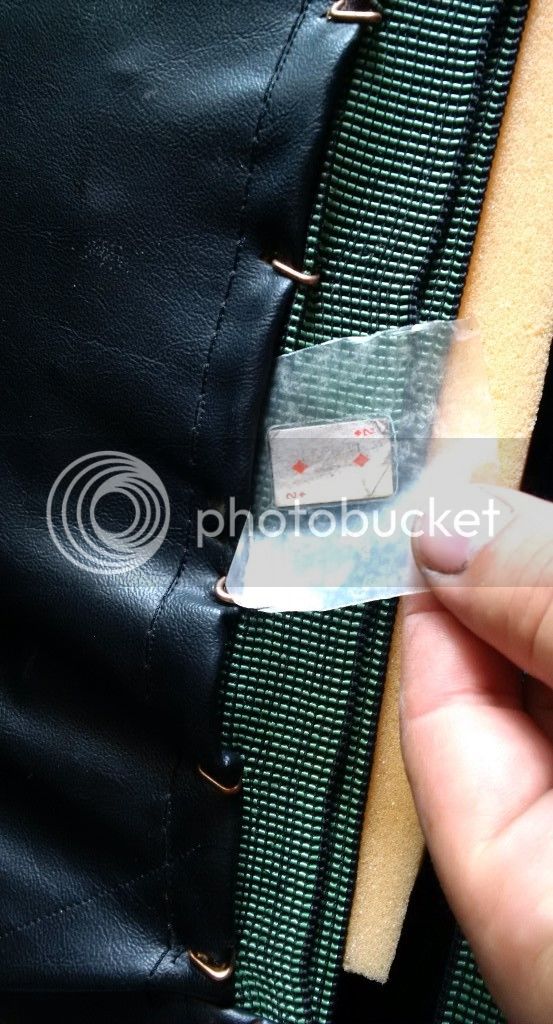 A true work of art!

IMO the Scheel company most certainly would be willing to buy it back for their museum.

the fabulous structure frame: (redesigned (lowered) with the help of @bfeng , thanks !) 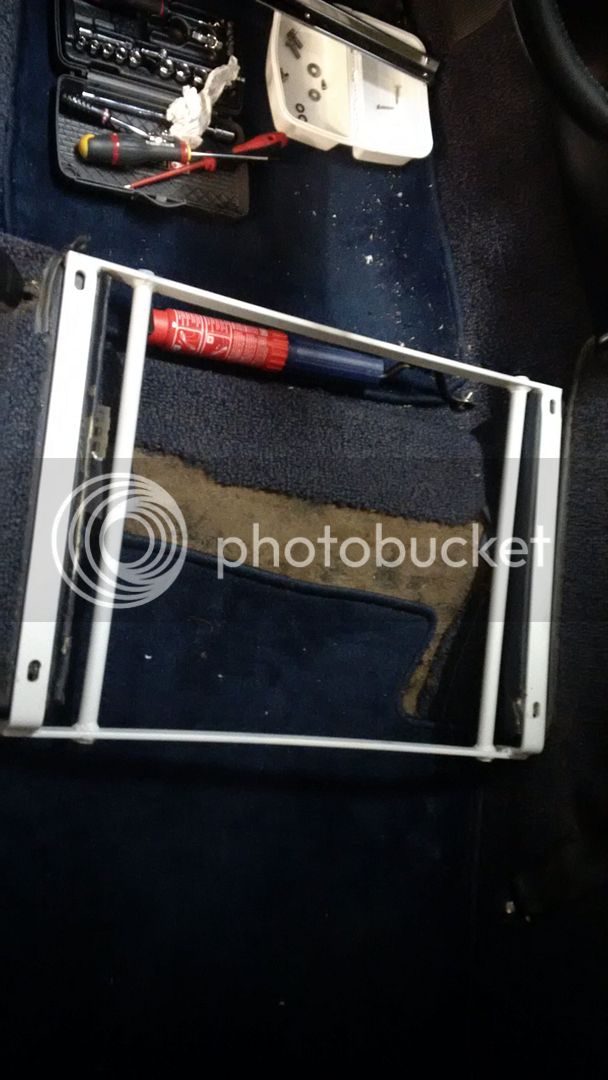 not perfect, must addapt it again, the car body is not perfectly symmetric, so funny :-(

and what about the uncovered área, so noone has a spare cover, right ? 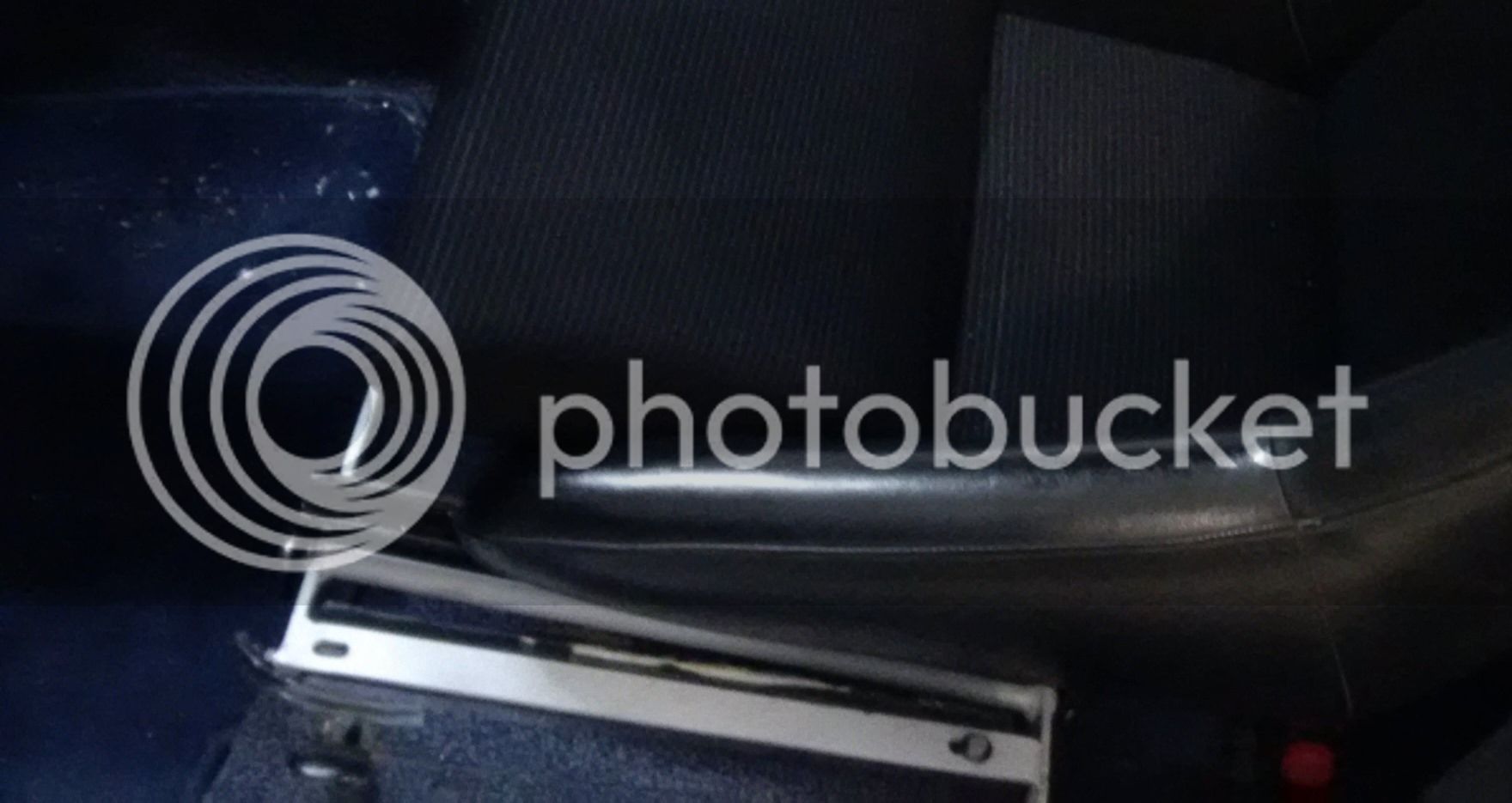 now adjusted and painted in black, 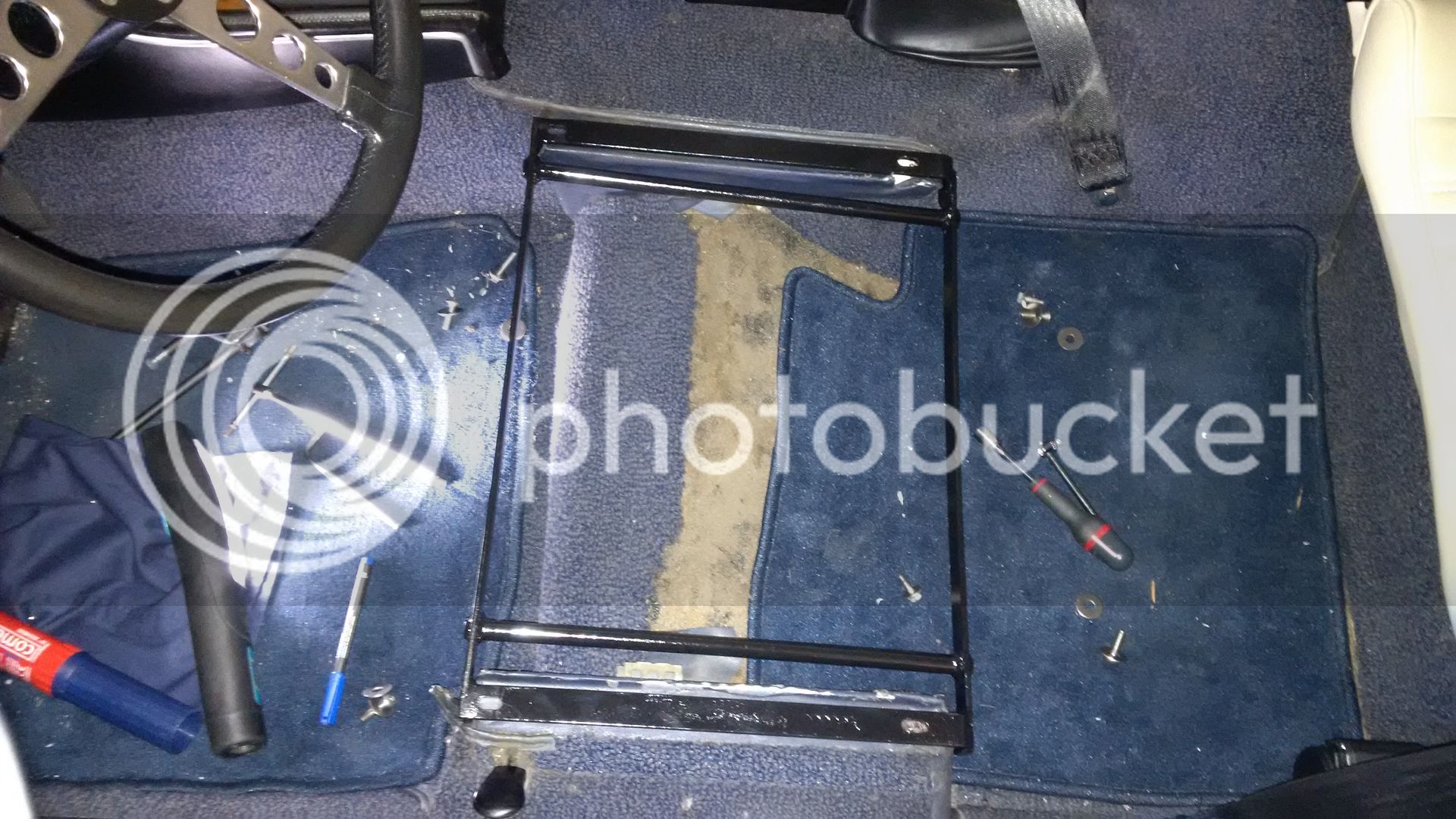 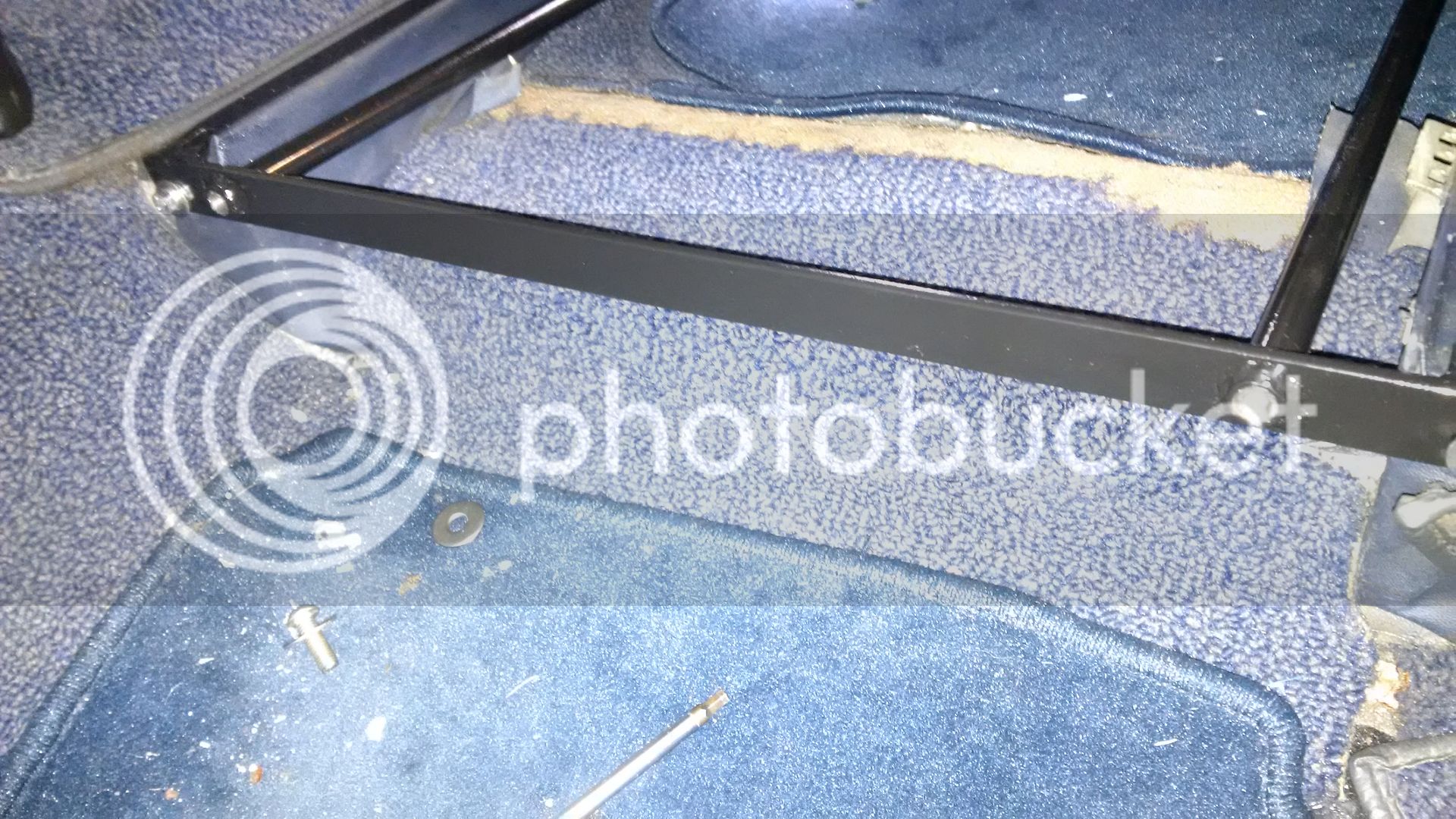 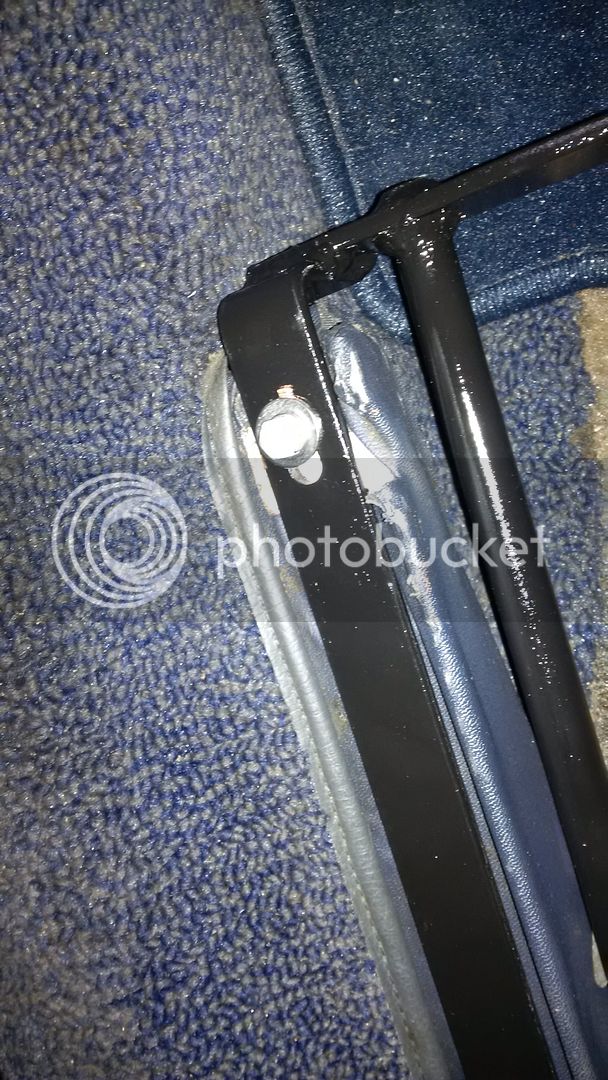 once strongly fixed is time to think about the cover,...but, who spoke about the "Mcgiverness..." ?

eeerrrrrrr what do we have around here ? oh yes, cardboard...what else ? 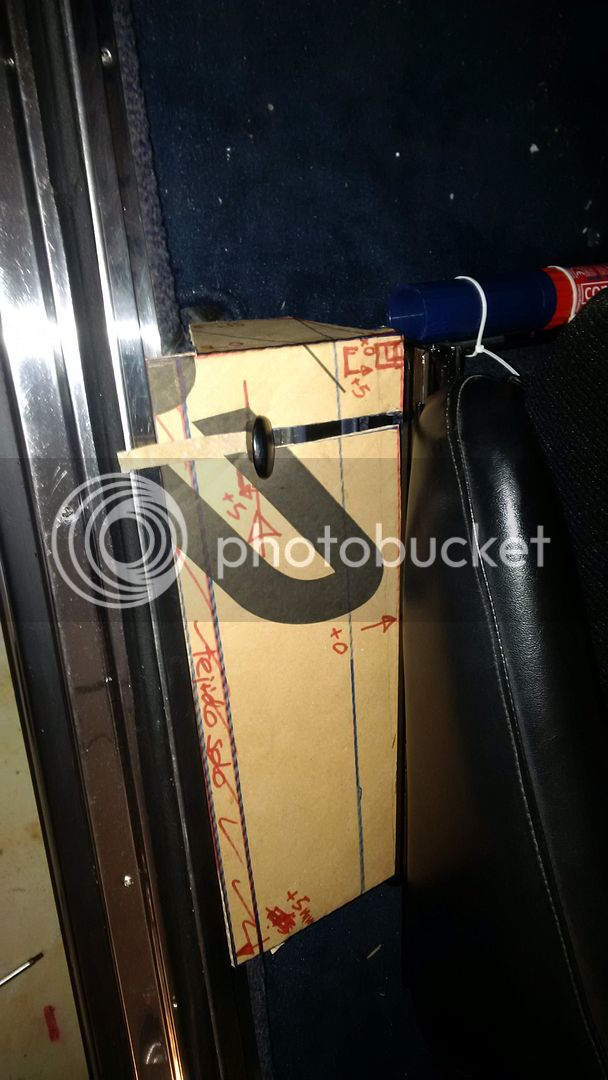 yes, i am keeping the lever, this seat should be easily swapped 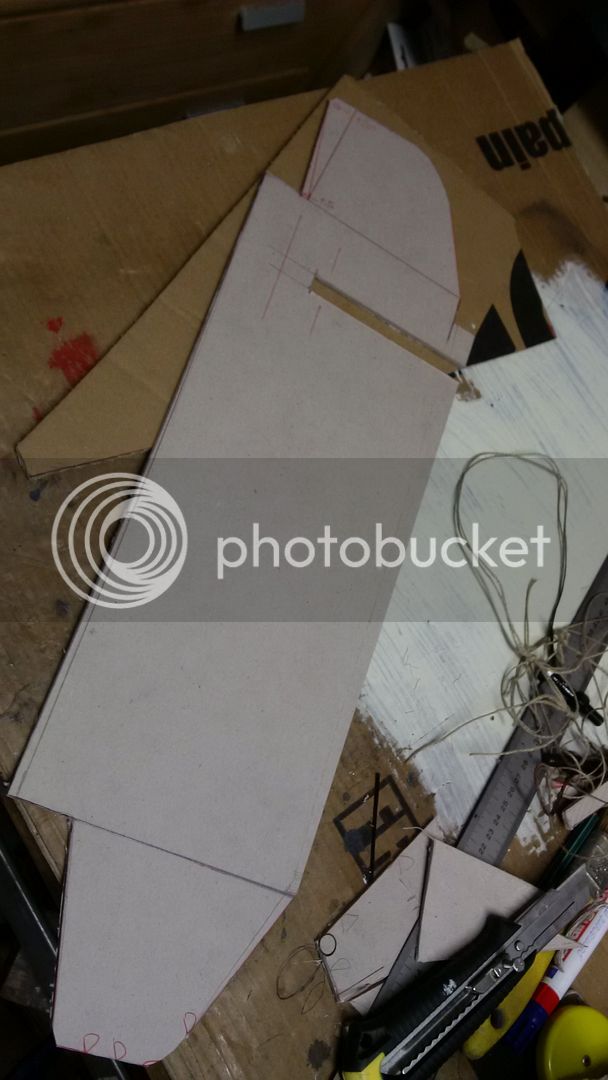 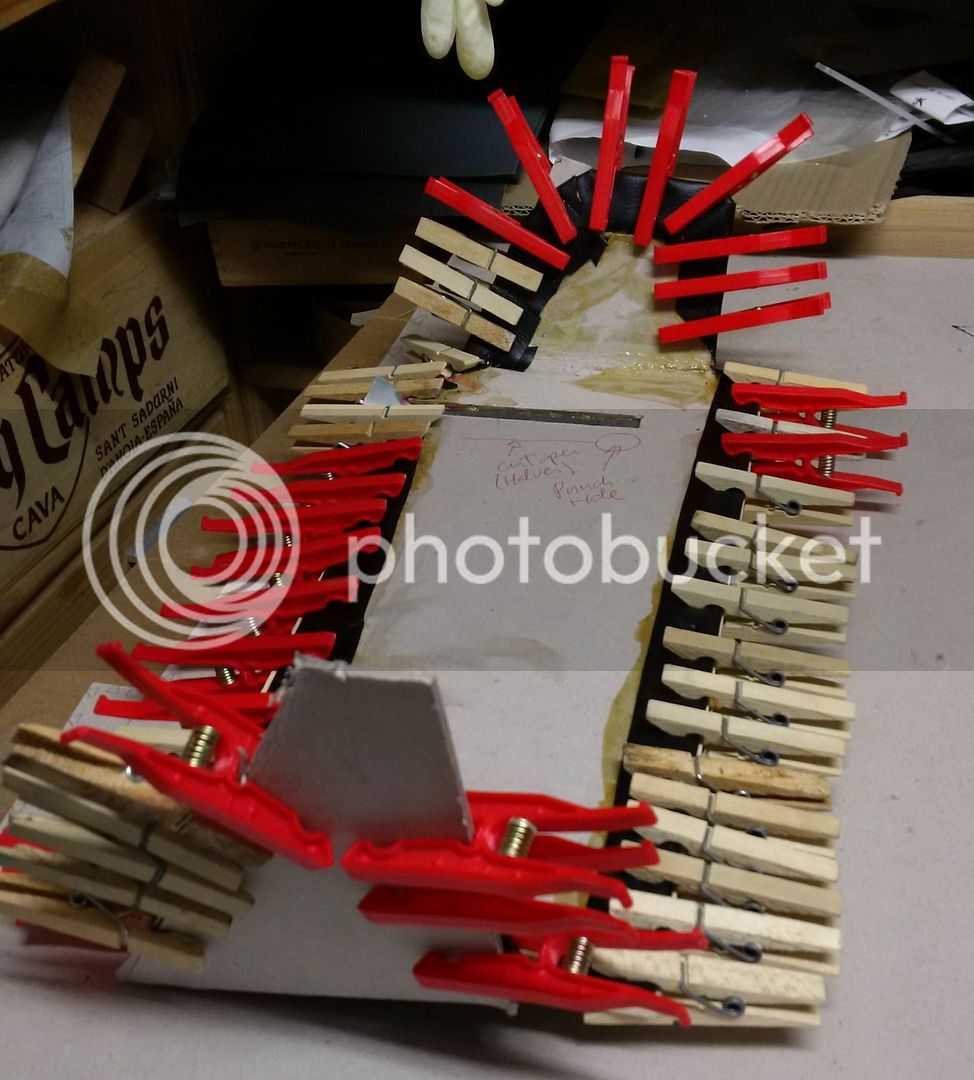 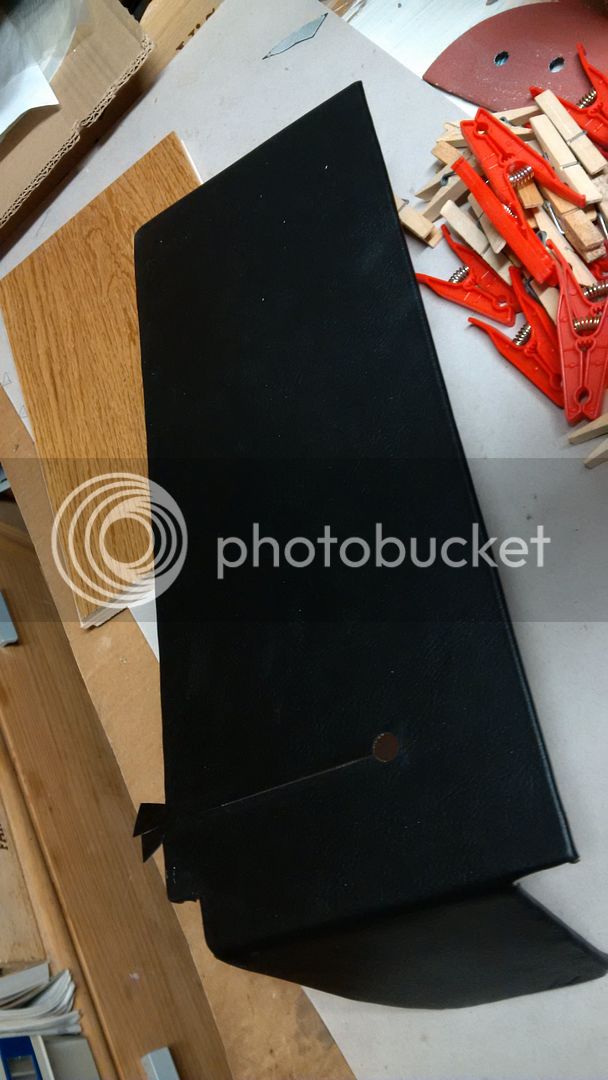 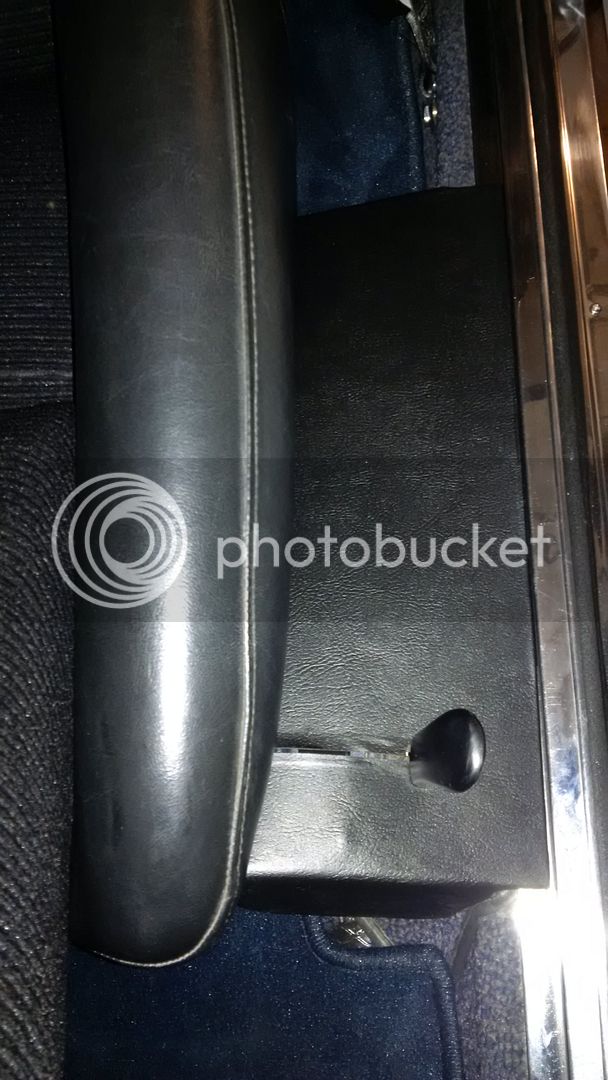 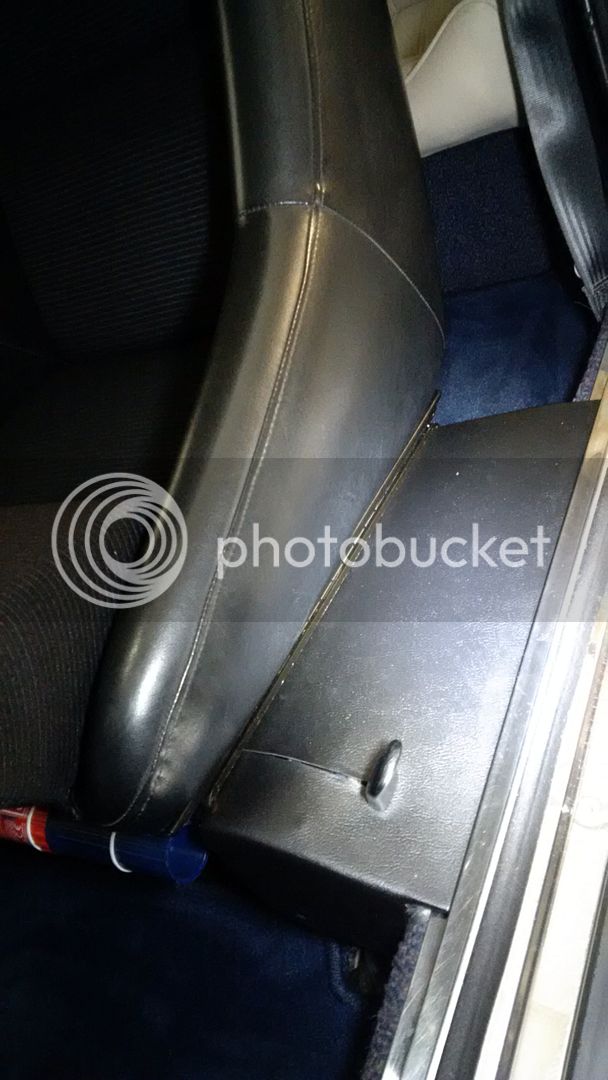 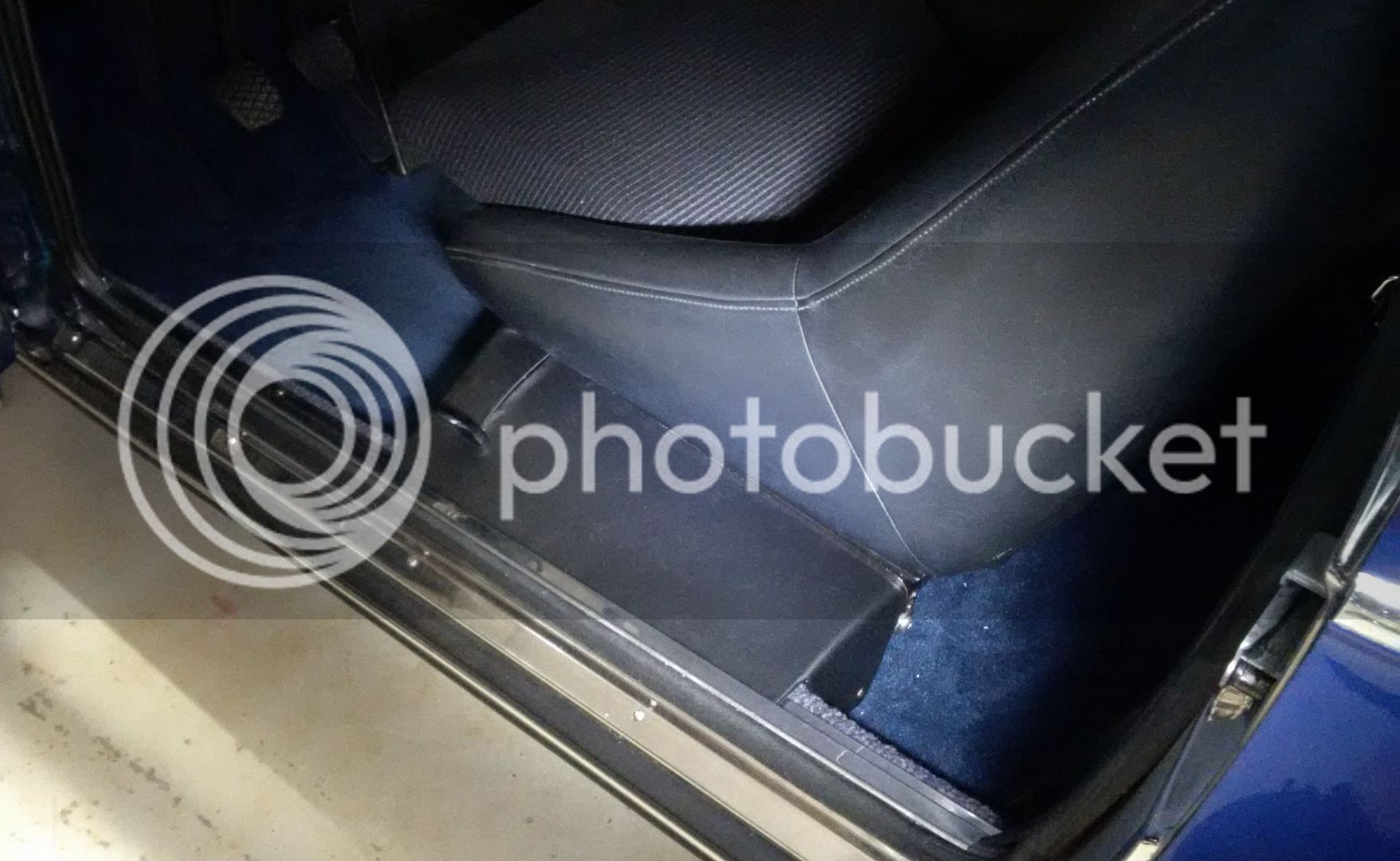 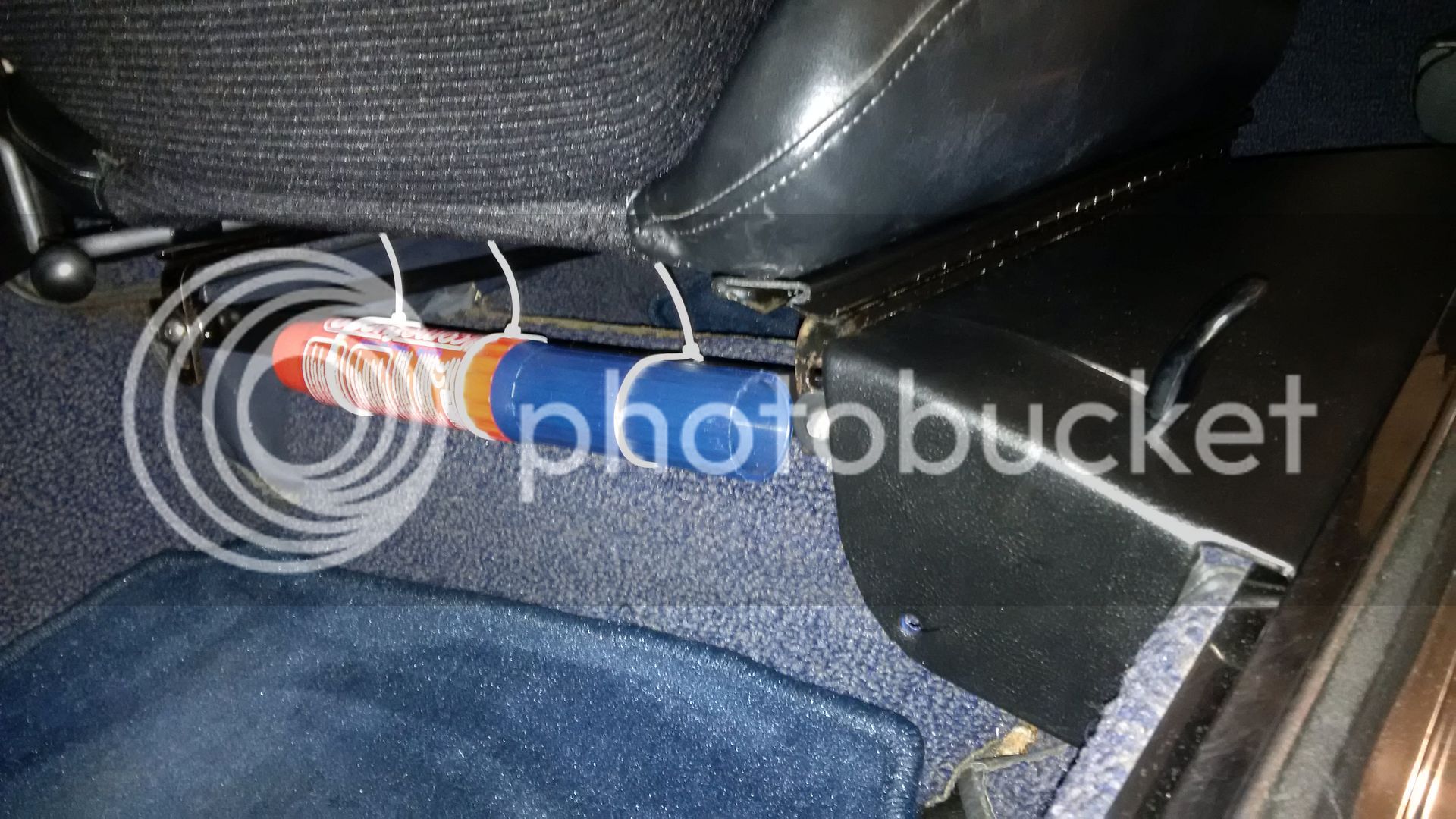 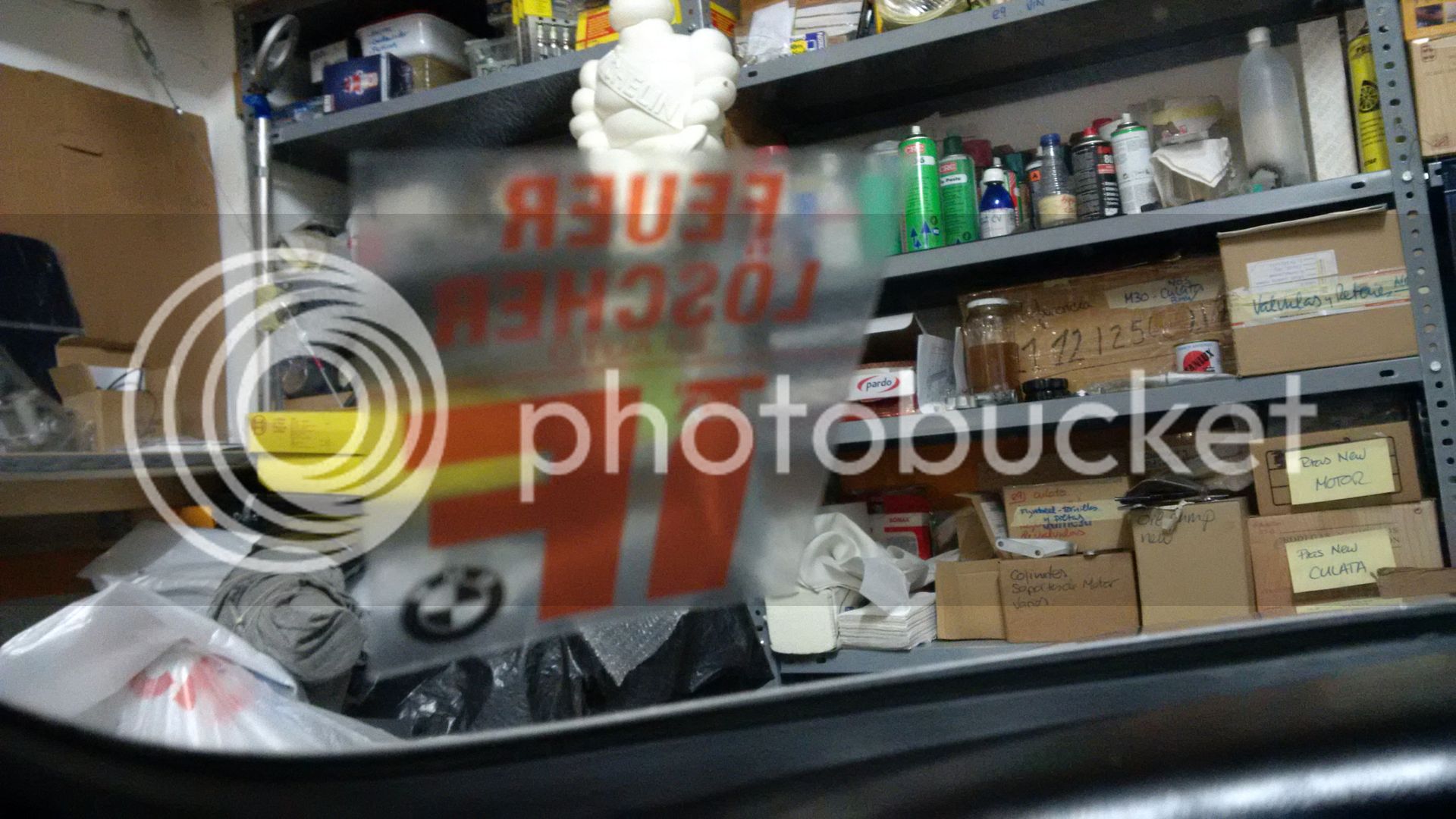 you should get one of these, they are the best posible way of puting out a fire, (believe me i have a Msc. in F.S.E.)[/QUOTE]

Ok, I'm interested. What type & brand of fire extinguisher is that? And if it's zip-tied to the seat frame, how do you get it out to use it on a fire?

mulberryworks said:
Ok, I'm interested. What type & brand of fire extinguisher is that? And if it's zip-tied to the seat frame, how do you get it out to use it on a fire?

i can get it out because i am very strong, ...seriously, ...oh a little detail, those zip ties are made of silicone, just a pull and they are broken and the fire extinguisher released,.... but ok, is provisional

a friend that has a couple of classic aeroplanes showed me this fire extiguisher and recomended its use:
50 seconds duration,
non toxic,
no residues,
no cold stress over hot engine,
and it always works (if you know about conventional fire extinguishers the ratio of nonworking is close to 60%)

I dont see how that would put out a gas fire on an engine?

Stevehose said:
I dont see how that would put out a gas fire on an engine?
Click to expand...

it will, by displacing the oxigen,...

...provided fire has developed until a certain limit, otherwise no chance of controlling the fire, you know that depending on fire spread not even to firebrigades (that will eventually let the car burn to ashes))

chek other you tube videos to see various tests by norwegian firebrigades, including oil filter cartridge burning inside the engine compartment,

in the same conditions of fire development this is much better than conventional fire extinguishers for the reasons i pointed out before, works in the 100% of the cases, duration is 50 seconds, and leaves no residue

this is the best alternative to conventional dust fire extinguishers that is the only kind usually available (i know that you have halon ones, that are strictly forbidden in Europe, so i will not judge those ones, but even halon ones are heavy, and this only weighs 250 grams)

we can use CO2 ones, that leave no residue, but they are very heavy and they throw subzero temp CO2 gas onto the engine

so yes this is a good solution

not for everyone, but i can assure you that it is worth the odd aesthetics
the scheel is the seat to drive my coupe
once all the other powertrain and suspensión bits have been updated i needed a seat in which i can rely
it is not only that i am fixed in my driving position, it is much more, i can feel the car now, i can understand its behaviour, feel when she is balancing the weight, then going through structural bending and when she reachs that limit and starts acommodating the suspensión, and when finally begins drifting and it is time to counter-turn the Wheel

love it, a kind of a black sheep in a White interior, but that is fine for me 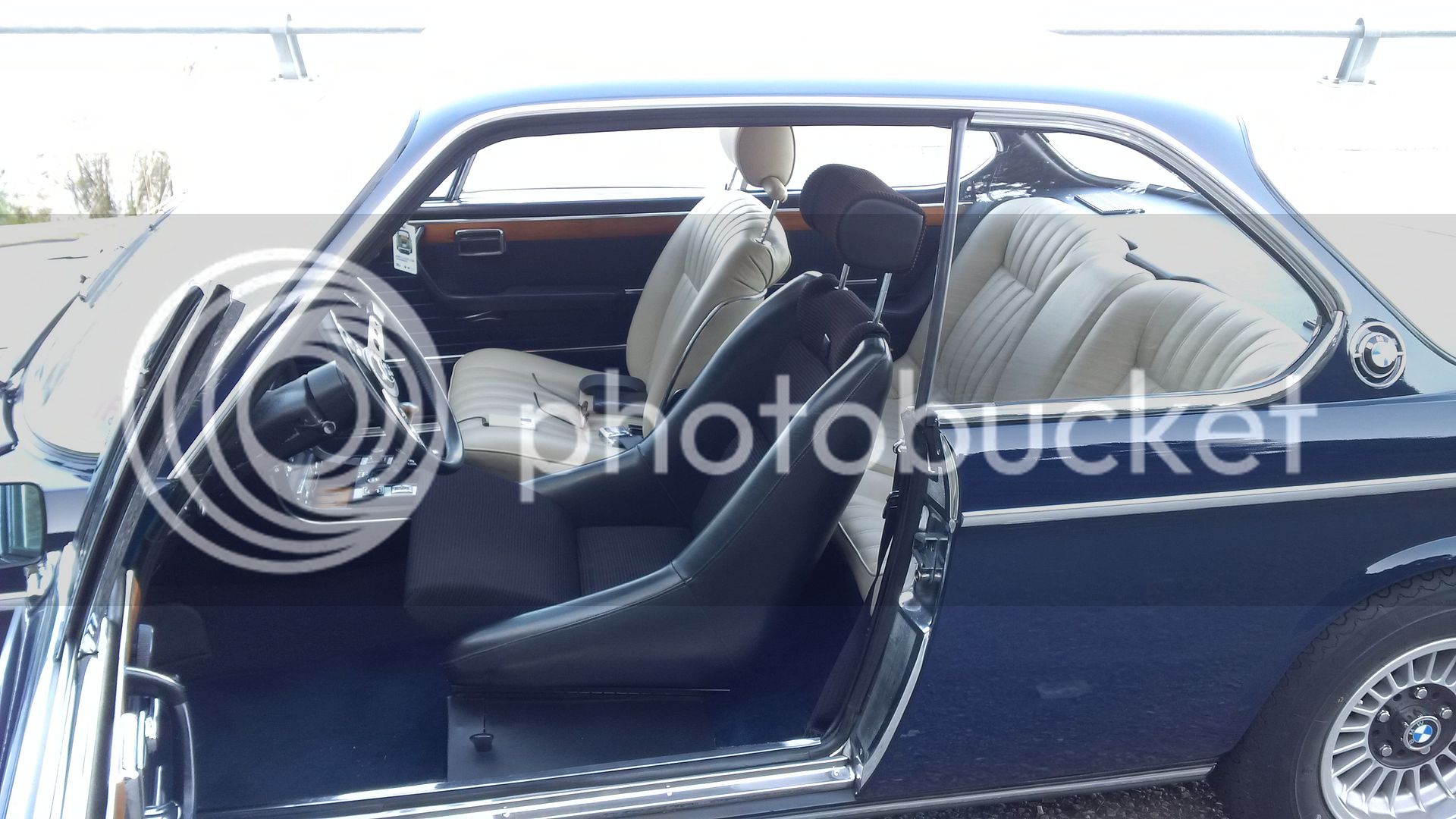 some would probably remember my White gauge on a three black gauges arrangement ;-)

I love your attitude Jesus!

Sometimes you're all about originality at all cost and all of a sudden, when no one is looking you go "Ah, to hell with it. I'm going my own way!"

Sometimes you're all about originality at all cost and all of a sudden, when no one is looking you go "Ah, to hell with it. I'm going my own way!"
Click to expand...

Best thing is that it is easily reversible, so enjoy your highspeed sorties on those beautiful Spanish roads.

Best thing is that it is easily reversible, so enjoy your highspeed sorties on those beautiful Spanish roads.
Click to expand...

pliers on a pig ? hmmmm sounds terrible, i wonder where they clamped those pliers on the poor pig,

to complete the turn towards the dark side i have just changed my steering Wheel, 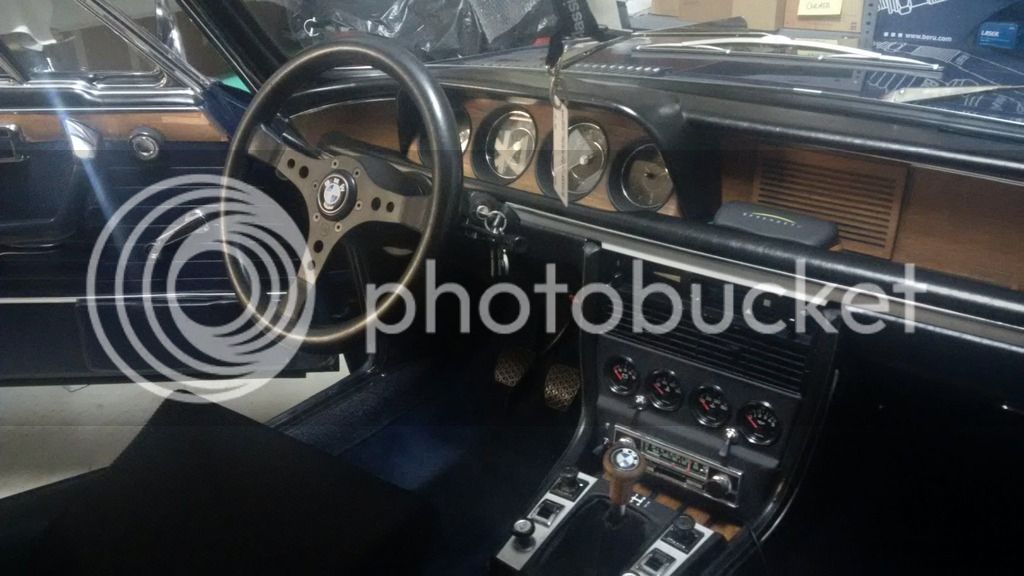 Nice, when are you going to source and restore an entire Scheel interior?

Stevehose said:
Nice, when are you going to source and restore an entire Scheel interior?
Click to expand...