Talbot placement on a 2000CS

Can someone please give me some detailed measurements on where the Talbot sits on the front driver's fender of a 2000CS ? I received a good one from Germany and would like to install it. Two holes are drilled for the attachment hardware. 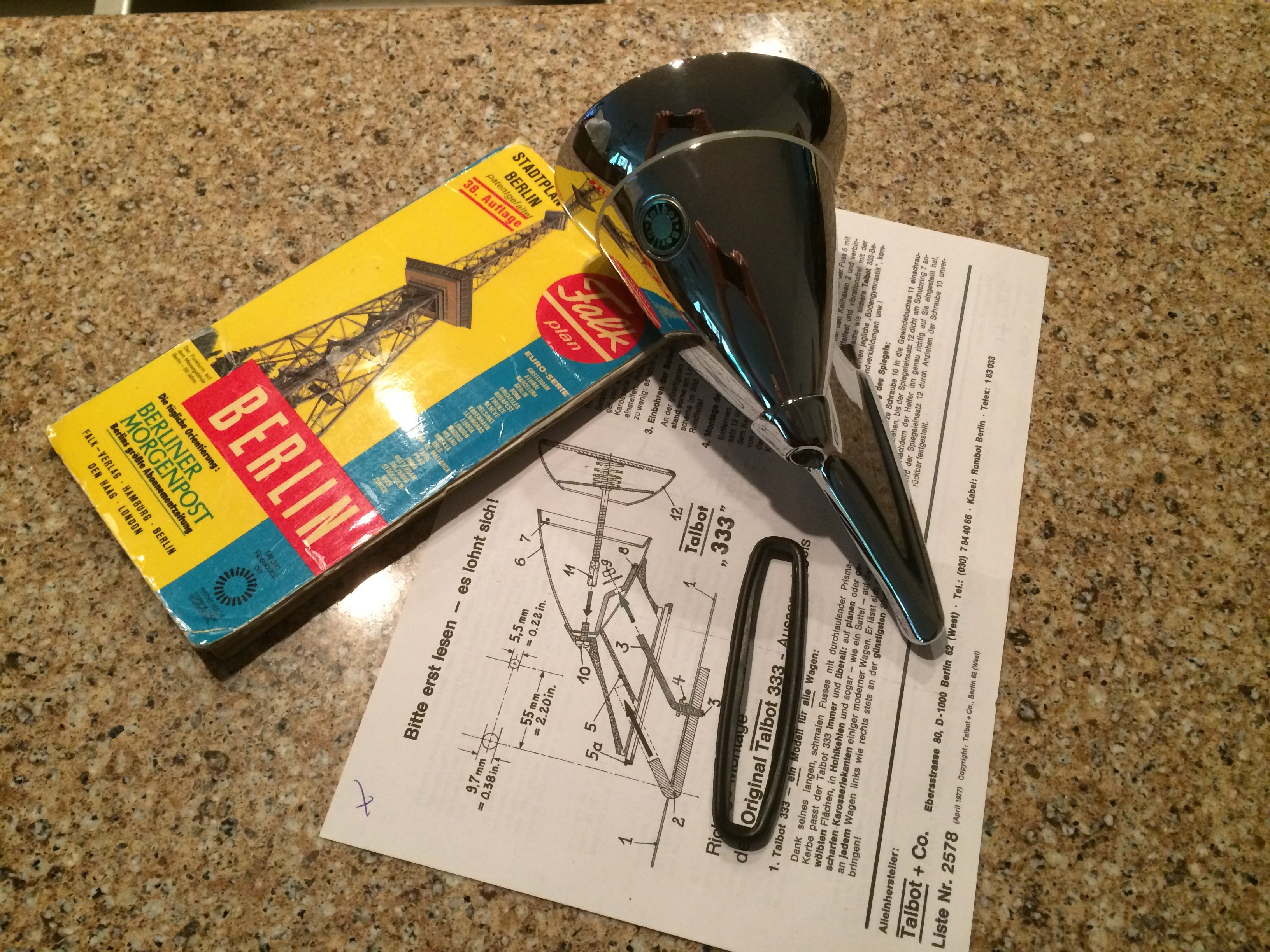 Any help would be most appreciated. 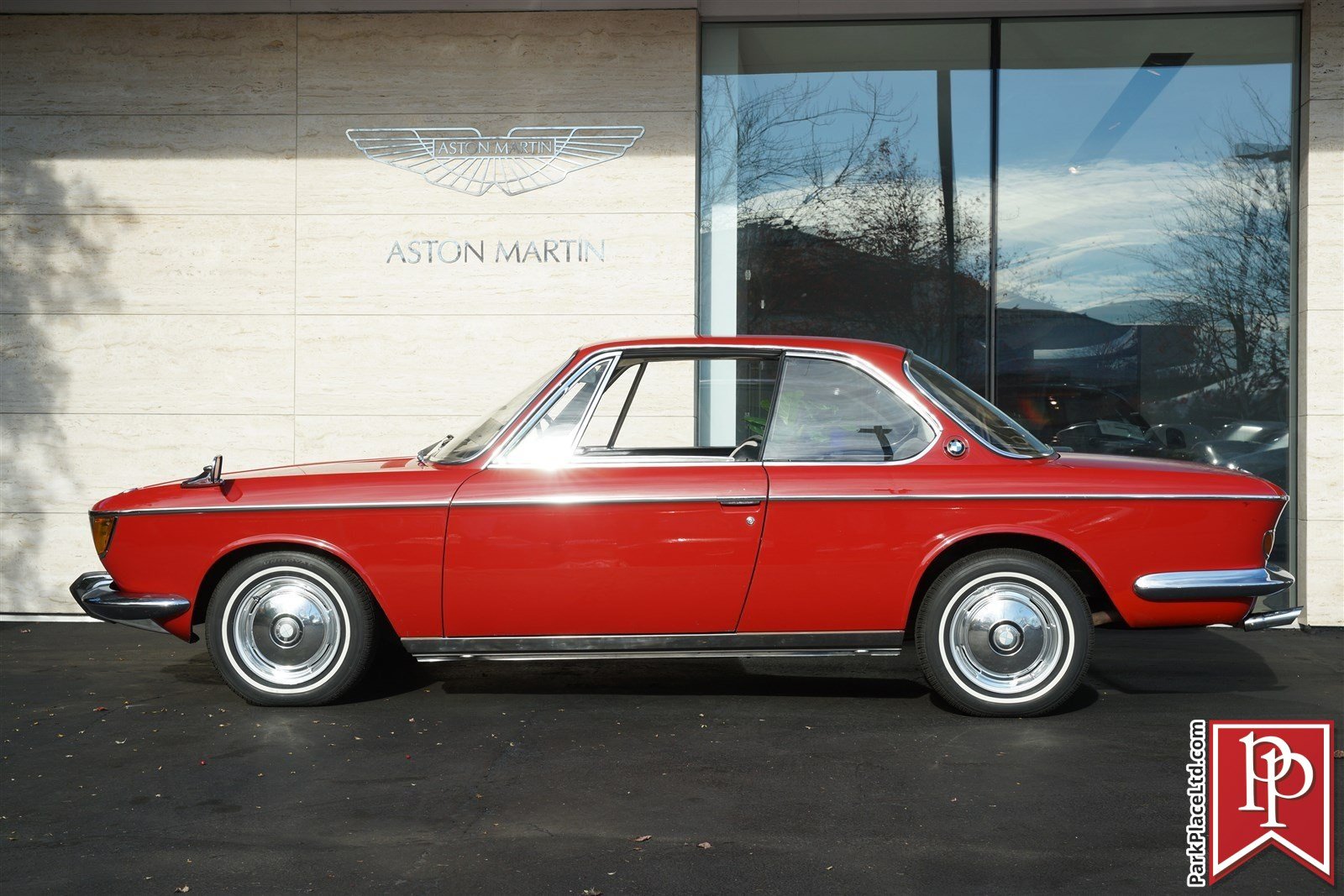 Placement looks correct, but the mirror does not appear to be an original piece. I've only seen Talbot 333 mirrors in the factory brochures... not to say a local dealer wouldn't have installed this instead?

I'd like to see more pics of this car, but the dealer's website does not have it listed anymore. The interior shows to have grey center sections on the seats....cool.

I'm really looking for actual measurements, installation involves drilling the fender, I sure don't want to screw that up.
3

Fantastic... my interweb skilz are lacking this morning, obviously!

A VERY nice car...but at $39K I will nitpick.... do I see overspray on the tailpipe? (in front of the cheap aftermarket chrome tip?) And those are US taillights, not Euro spec. and the mirror is not correct. ... and those whitewalls

They can be mounted to the door as well, you might find having it out on the fender is so far away the image becomes tiny.

nope... gotta be out on the fender. I realize the uselessness of that placement, but that's where they belong.

Front fender placement is NOT useless. If the mirror is convex, putting it out in front eliminates all blind spots and thus it's quite useful.

zinz said:
nope... gotta be out on the fender. I realize the uselessness of that placement, but that's where they belong.
Click to expand...

I agree that mirrors look cool way out on the front fender. But any mirror becomes useless when it is mis-aligned. So if they are farther away than your arm will reach, and it's your butler's day off, they just won't work.


bfeng said:
Front fender placement is NOT useless. If the mirror is convex...
Click to expand...

Yea, I guess a convex mirror mounted way out on the fender would display a tiny image of whatever is beside you, regardless of how well it is aimed. But unless you have 20/10 vision, I doubt you could resolve that image with a quick glance.

I have a 2000cs with dual Talbots on the fenders, I can measure the placement when I'm at the shop this week. 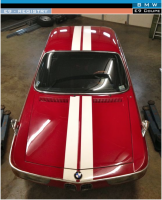 I continue to assert that a convex fender mirror (that is not too far away) is really useful, even without remote adjust. This was the default configuration in hong kong backin the day, and Tokyo, and other big cities. The only real drawback is having to run back and forth twice when they get knocked out of adjustment by a passerby. Ot you ask a nice person nearby to give you a hand.

If you still want to dispute their utility without actual experience, You are welcome to visit and try it out yourself. Based on the pic I would personally mount those 6"- 8" further rearward (2/3rds of the way forward).

I have the Vitaloni on the Lancia fender and while objects appear small and on a small surface the main advantage is that the head or eye deviation needed to look at it is way less than when door mounted. The 2000CS mirror in this thread looks too far forward for my taste, but then again the 2000CS has a few quirky things in general... 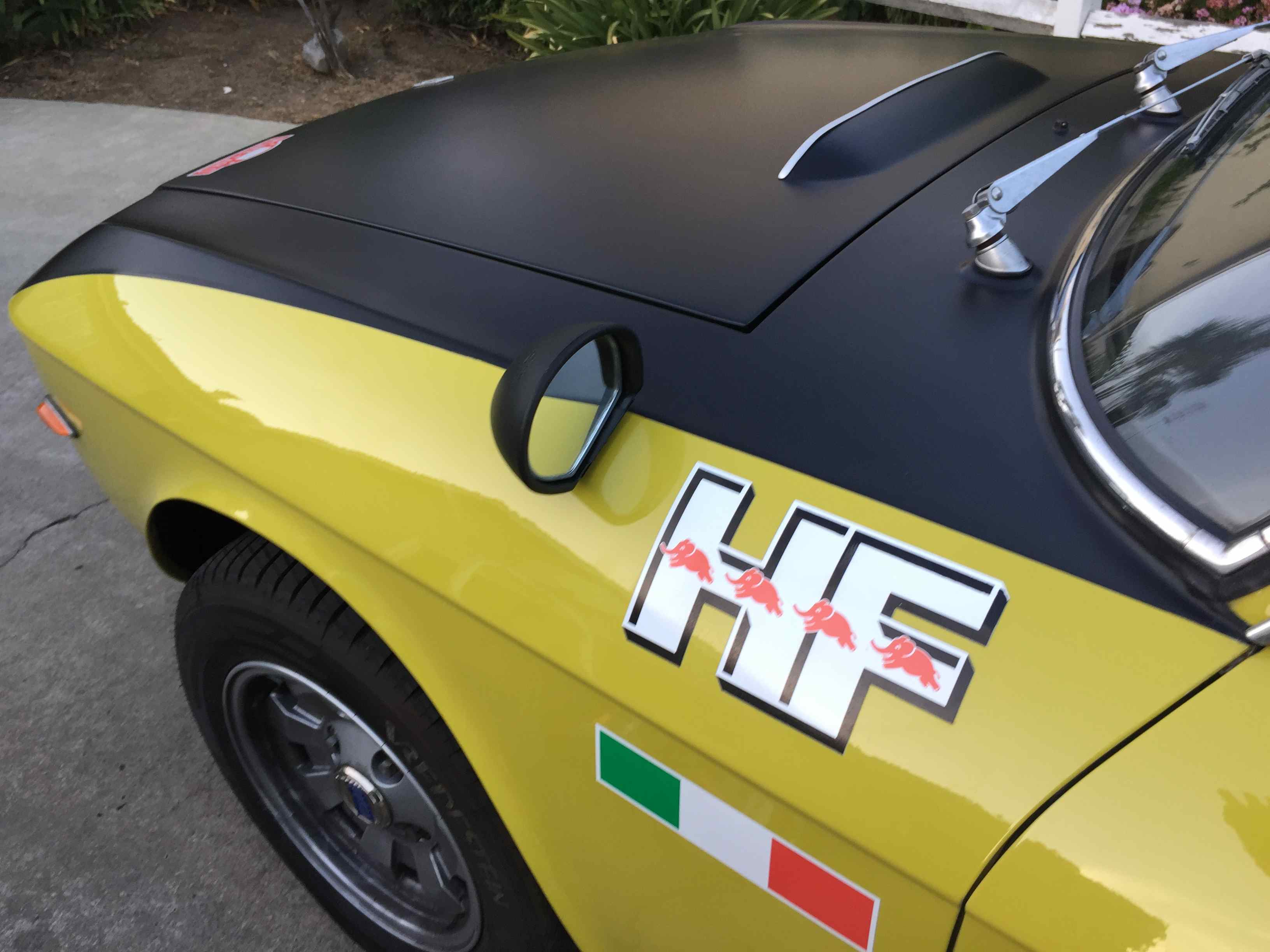 The Lancia mirror is also a bit larger. I remember the wing mirrors on my XK-150s back in the 70s, way forward and small.

Ed I think this picture has what you are looking for:

Dead on from the side, reference some known point to get approx. measurement.

This appears to confirm a picture another CS owner sent me over the weekend. The front of the mirror's base orients along an imaginary vertical line with the back of the bumper. Additionally, the mirror mounts about 1/2" below the crease line of the top of the fender.

I think I can get it close enough for crowd I run with...

I think you've got it right- one more pic seems to match up with the factory shot; 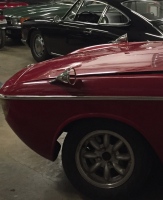 bfeng said:
If you still want to dispute their utility without actual experience, You are welcome to visit and try it out yourself.
Click to expand...

What leads you to believe that I have no actual experience? I had an MG TD back in the 70's with Lucas mirrors up near the headlights. Looked cool, but they were always mis-aligned and the image was minuscule.

you ask a nice person nearby to give you a hand
Click to expand...

At that time I was living in the big city, and nice persons were few and far between. You also may have sharper vision than I do (which wouldn't be hard).
Last edited: May 8, 2017
H

I'll bet you've drilled thin metal before, but I discovered that at the moment the bit fully pierces the sheet metal, it wants to wobble around something fierce and the hole can become triangular. This was to install a second "flag" mirror on my '69 2500, on the door. It got done, the hole was covered by the mirror mount.

There's a way to prevent this but I don't recall what it is... anyone?

Centerpunching before starting the drilling seems a crime against a nice fender too, but probably also a good idea. At least that can be handled with a block up inside the fender.

zinz said:
This appears to confirm a picture another CS owner sent me over the weekend. The front of the mirror's base orients along an imaginary vertical line with the back of the bumper. Additionally, the mirror mounts about 1/2" below the crease line of the top of the fender.
Ed
Click to expand...

Like I said, about 6"-8" further back (referencing the fist picture).