Stevehose said:
I think there is a thread somewhere where that bosch motor is still available but a couple things have to be changed on it to fit but doable
Click to expand...

Does anyone has experience and tips in removing the motor from the plastic fan? I know you can buy a complete fan and motor unit, but I have a new motor to install. Thanks, Roger
e9coupe.com

Removed the base of the dash today. The drivers side corner had been wet at some point in the past. When unbolting that dash hold down the nut and bolt were frozen and I ended up pulling the bolt through the mounting point.

About half of the screws holding the decorative dash back pieces were rusted in both corners, so I needed to remove with needle nose pliers (screws are straight wood screws).

The bottom of the dash on the drivers side was delaminated so I spent the afternoon starting some repairs. 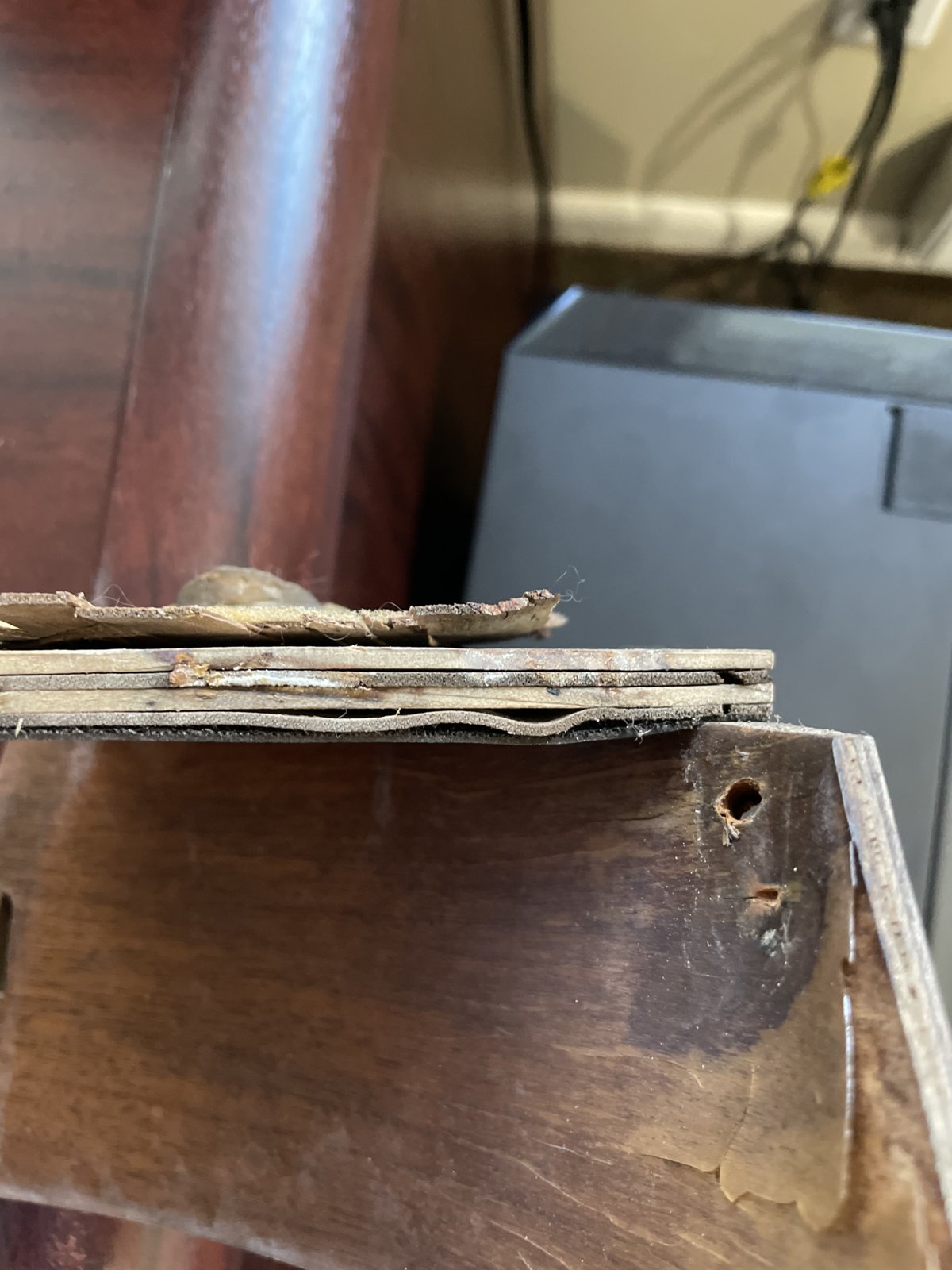 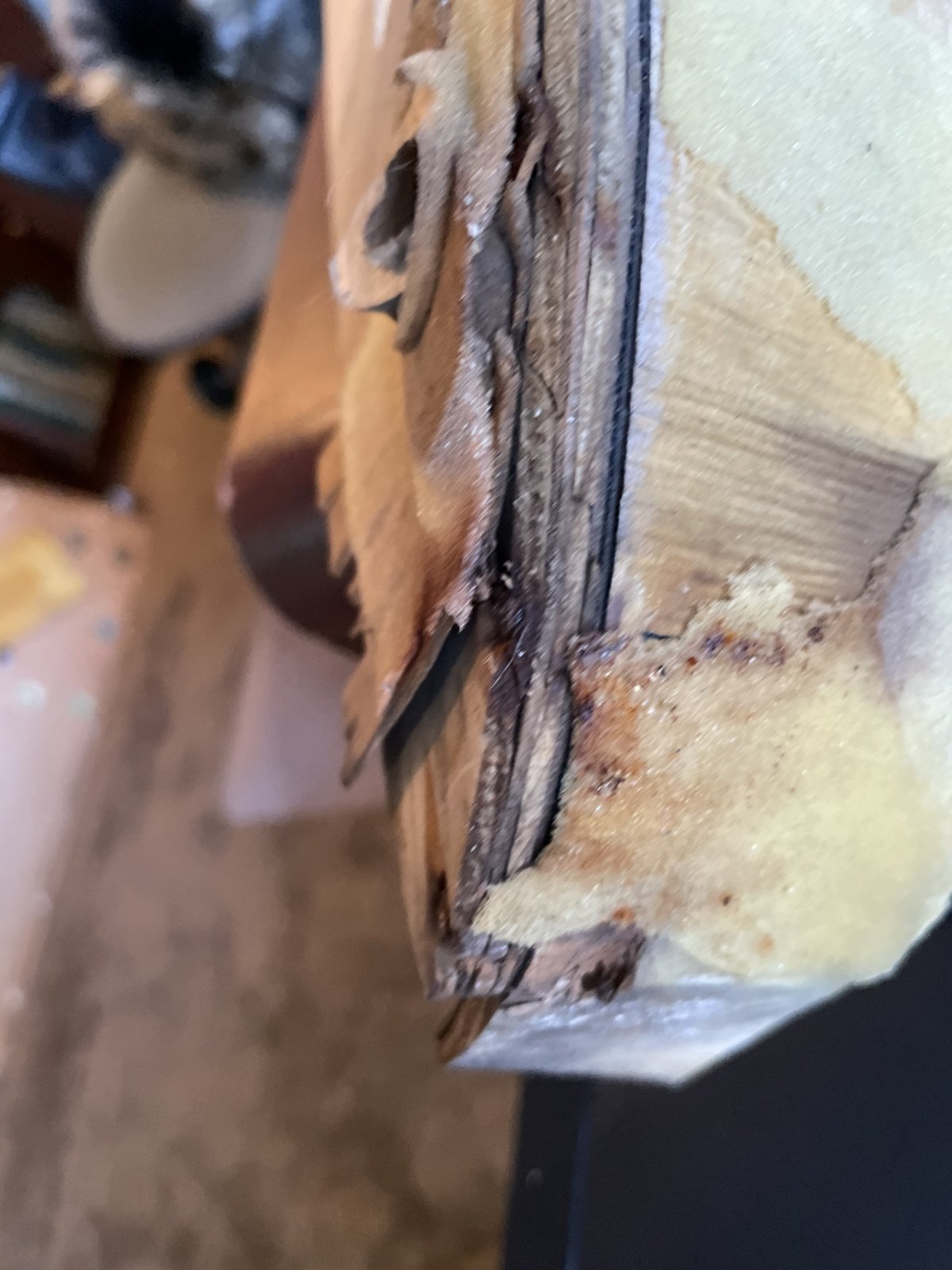 I carefully peeled the vinyl back from the section to be repaired and cut the top and bottom sheets out of the way with a utility knife and then made some filler pieces using maple veneer. The veneer patches are glued and under pressure tonight and the three remainig layers of plywood were glued and clamped. If all goes well tomorrow I will plan on gluing the patches in place to stabilize the corner.

I do need to find a replacement for the nut that is supposed to be captured in the bottom of the dash. It is solidly frozen on the dash bolt and I have it soaking, but dont expect it will survive. If anyone has any suggestions or has one please let me know. The top picture is the middle hold-down and shows the nut captured in the wood dash, the photo below shows how the wood is blown out when the frozen nut pulled through the wood. 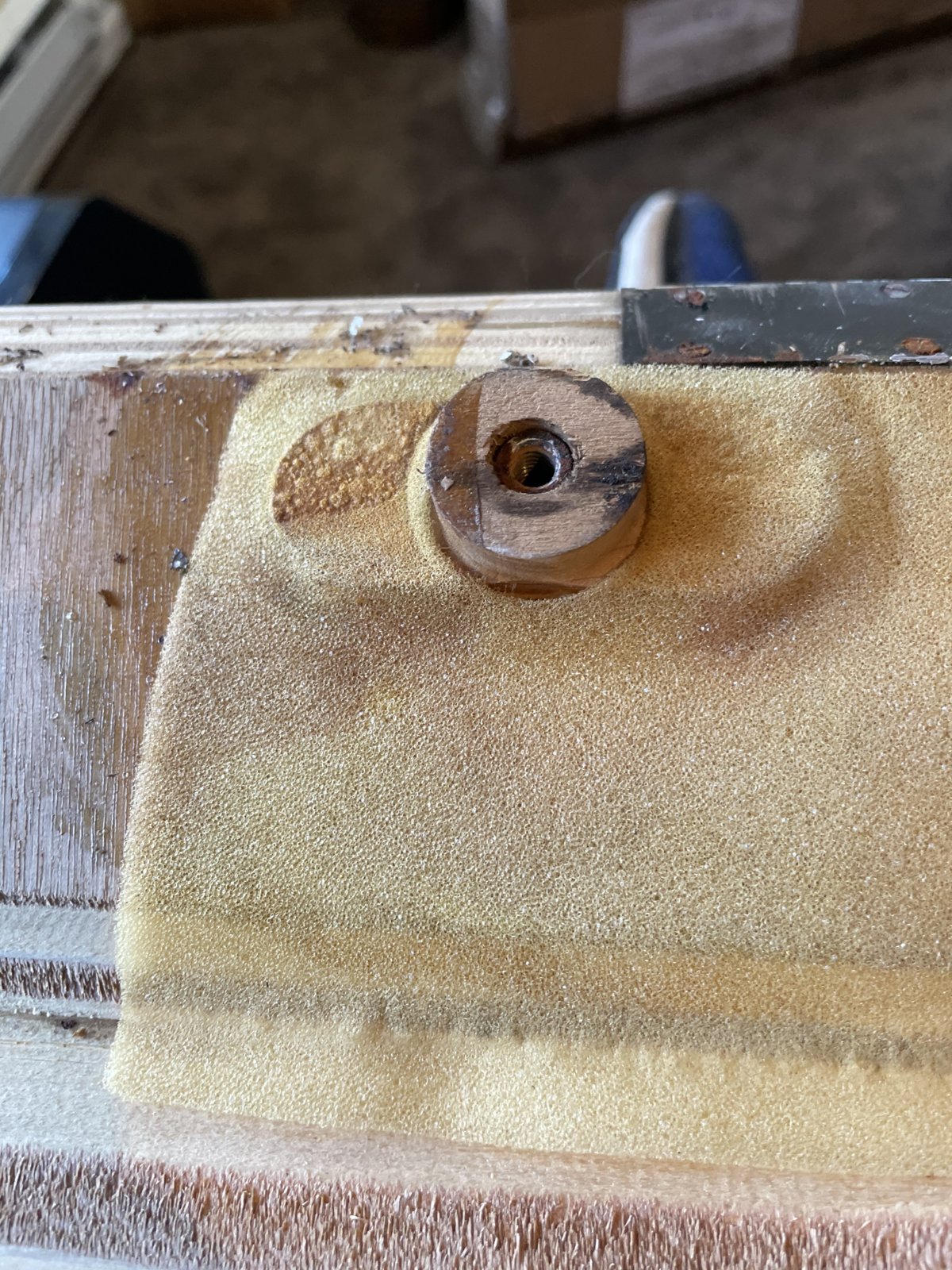 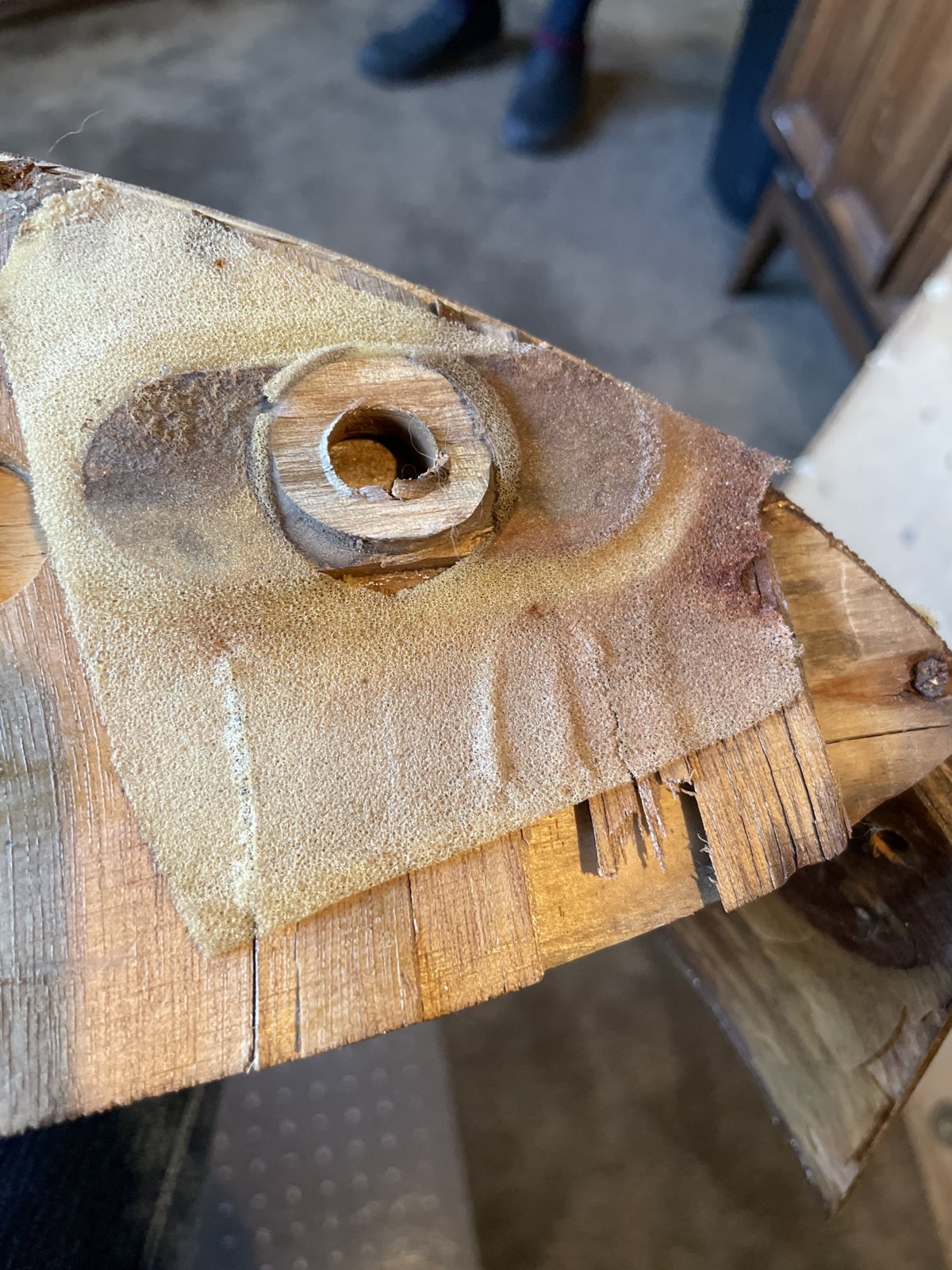 Attaching this image I received from Dave V in NC a while back. I made what you are looking for from his diagram. Got all stuff from Lowe's. 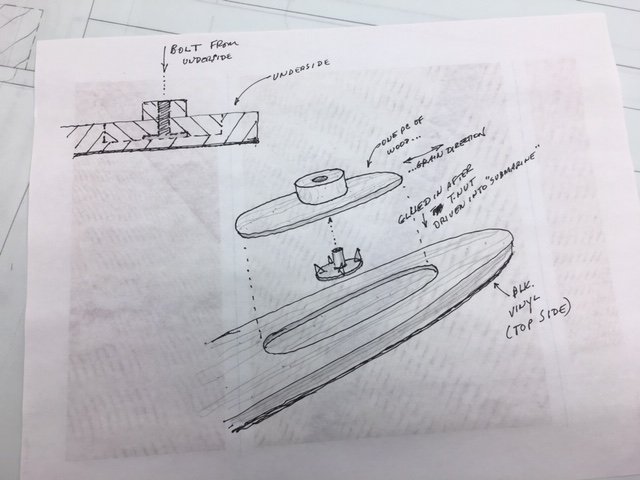 bavbob said:
Attaching this image I received from Dave V in NC a while back. I made what you are looking for from his diagram. Got all stuff from Lowe's.
Click to expand...

Thanks for posting. I guess misery loves company
B

Maybe I can find the dimensions but I used pine and a pine dowel and it all worked out fine. I shoud add that I started with a fresh dash piece from Maderna. I saved all my wood except for this which was like papyrus paper.

bavbob said:
Maybe I can find the dimensions but I used pine and a pine dowel and it all worked out fine. I shoud add that I started with a fresh dash piece from Maderna. I saved all my wood except for this which was like papyrus paper.
Click to expand...

Madera Concepts makes and sells these mounts. See this webpage http://www.maderaconcepts.com/NewSite/VehiclePages/bmw_vehicles.html#BMW_2800_3_0 where you'll find the text: AND, we manufacture replacement Deck panel mounts, those pesky “T” shaped blocks of wood with a nut in them, that always seem to break to bits because the mounting bolt has rusted itself into the nut. (They are glued into recesses on the bottom of the deck panel)

I bought mine from Madera and they worked great. Yes, I could have made them, but I'm not much of a woodworker (guess you could call me a "checkbook woodworker").
B

Funny, I bought the actual dash from them but made my own 'T's"

Thanks to both, I reached out to Madera and will see what they say about availability. I am not in a huge rush, and depending upon their response may try to make one. I too am not much of a woodworker, and know just enough to be dangerous.

You can also simply epoxy a nut in place.
Lay the dash upside down. A light coat of epoxy, place the nut, fill up with epoxy. Go to bed. Wake up.

Then glue two short pieces of wood just next to the nut, making sure the thickness is compared to the broken or to the other still intact cilinders. This will provide a height reference, and give pressure when tightening the screw. There is no need to make it a nice cilinder as long as it fits in length and width and has the right thickness.
It's done.

Take breakfast somewhere in the middle of all this.
Last edited: Jan 12, 2021
B

People say they are not much for wood working but guess what, you are, just take the time. If you don't want to take the time, that's different. It is just attention to detail and if you are on this forum, you have that already!
H

HBChris stated in post 38: "On Don's advice don't purchase a windshield from BMW they don't fit." Well shoot! If BMW's glass doesn't fit, whose does?

In the distant past, Carl Nelson commented that non-fitting windshields could be caused by body flex once the original was removed, even if the glass was "correct", but IIRC others have shown that aftermarket-sourced glass may actually have physical size differences. Out here in the middle of the pond, a replacement windshield from the dealer would seem to be the best bet, with least potential for trouble if it arrives damaged or is not correctly sized. But then, what are the gross height and width numbers for a windshield?

It has been posted several times that the Walloth glass does fit and apparently some aftermarket glass fits but Don has assured us that the current crop from BMW does not.

Windshield and gasket (and a few other bits) are on the way from Walloth, so will be ready when the interior is.

The blower motor showed up (Amazon purchase), but the seller didn’t package well and a port of the plastic armature support were broken, so back it goes and another one ordered. 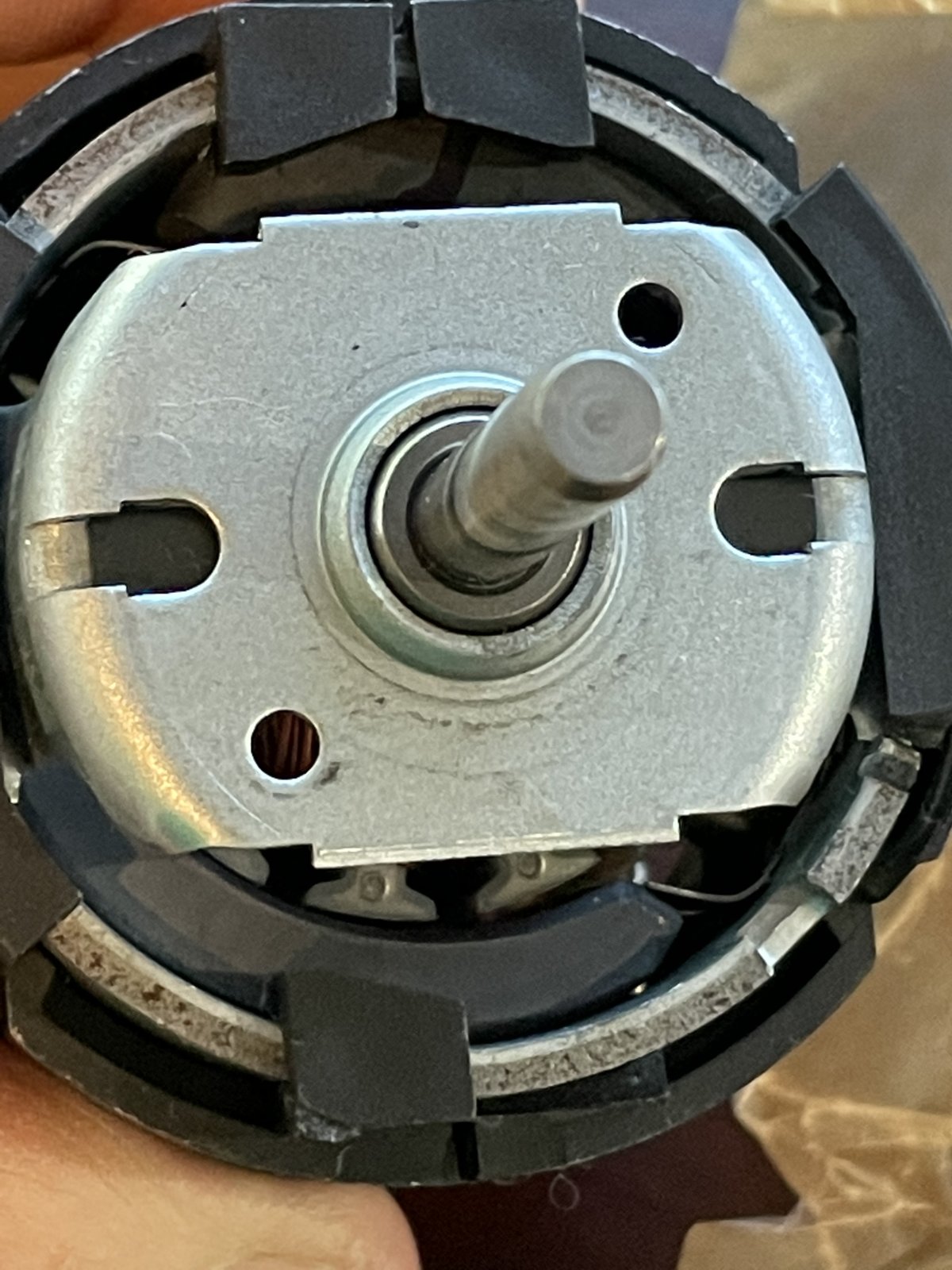